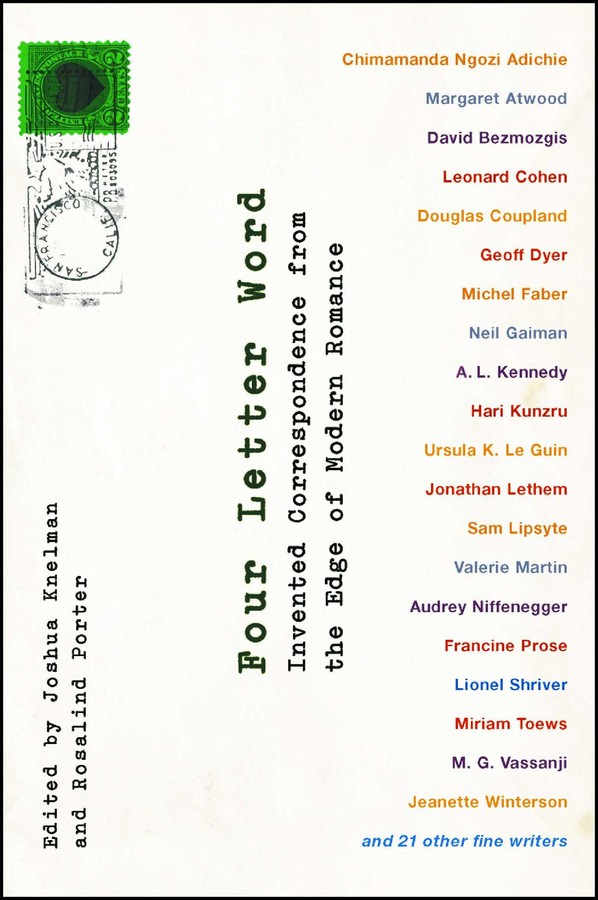 Invented Correspondence from the Edge of Modern Romance

A truly original collection of fiction from forty of today's most celebrated writers (including Neil Gaiman, Ursula K. Le Guin, Margaret Atwood, and more), and an old-fashioned idea made new: a set of commissioned "love letters," each as wildly ingenious as it is heartbreaking, some utterly unforgettable, all ambitious and revelatory.

Let us begin this letter, this prelude to an encounter, formally, as a declaration, in the old-fashioned way: I love you. You do not know me (although you have seen me, smiled at me). I know you (although not so well as I would like. I want to be there when your eyes flutter open in the morning, and you see me, and you smile. Surely this would be paradise enough?). So I do declare myself to you now, with pen set to paper. I declare it again: I love you.

Is there any communication more potent than the love letter? Is there any charge greater than seeing those words on paper? The editors of this collection decided to ask some of the most important writers of our time to compose a fictional love letter - breathing new life into a forgotten custom, and affording words themselves the power of seduction that they richly deserve. The result is an iridescent picture of what love looks like in the twenty-first century: a collage of methods and moods. Each letter is radically different from the others, and all but one are published for the first time. A perfect gift, this book is also an ingenious showcase for many of our most beloved writers.

Love: a vague word for an emotion so ethereal it's not always possible to demonstrate. But there still exists an assumption that experiences - and, by extension, the emotions that experiences evoke - are more resonant when you write them down. And it's that faith, that belief that writing down these naked, shocking, inadvisable and probably destructive feelings make them worthwhile, that powers this collection, each piece of which is a testimony to the creative powers of our leading writers today, and every piece of which will move you.

Invented Correspondence from the Edge of Modern Romance