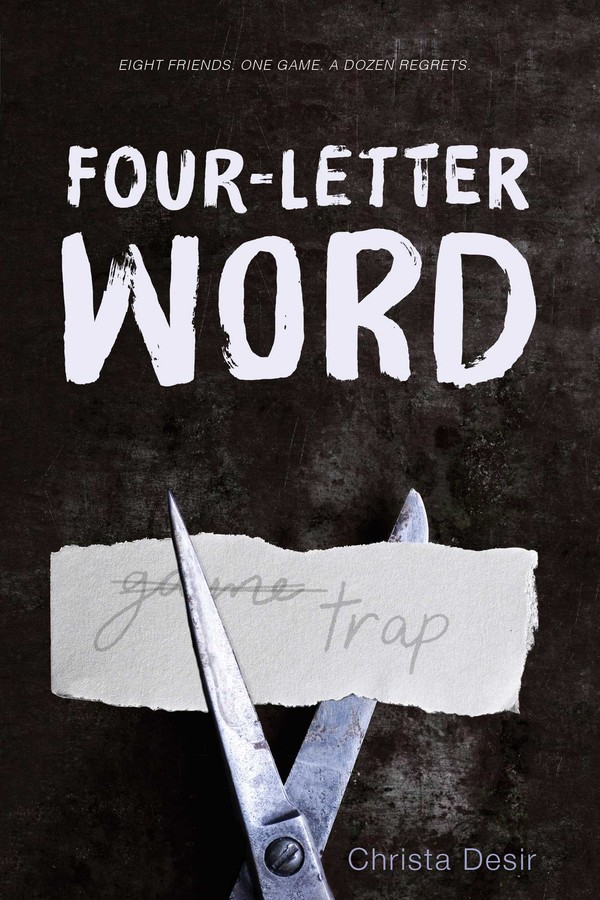 By Christa Desir
LIST PRICE $9.99
PRICE MAY VARY BY RETAILER

“Raw, real, and impossible to put down.” —Jennifer Mathieu, author of The Truth About Alice and Moxie
“Tender, gripping, and deceptively haunting.” —Brendan Kiely, New York Times bestselling coauthor of All American Boys and The Last True Love Story
“Bold and edgy…will leave readers breathlessly turning pages.” —Gae Polisner, author of The Memory of Things and The Summer of Letting Go

Eight friends. One game. A dozen regrets. And a night that will ruin them all, in this high-stakes gripping story of manipulation and innocence lost, from the author of Bleed Like Me.

Chloe Sanders is ready for a change. She’s tired of watching her best friend Eve turn away from her for the more interesting and popular Holly Reed, and tired of living with her grandparents while her parents volunteer overseas. Chloe spends her days crushing on a guy named Mateo, being mostly ignored by Eve and Holly, and wishing the cornfields of Iowa didn’t feel so incredibly lonely.

Then a new girl transfers to her high school—Chloe Donnelly. This Chloe is bold and arty and instantly placed on a pedestal by Eve and Holly. Now suddenly everyone is referring to Chloe Sanders as “Other Chloe” and she figures the only thing to do is go with it.

Chloe Donnelly introduces all her friends to a dangerous game: a girls vs. guys challenge that only has one rule—obtain information by any means necessary. Chloe Donnelly’s got power over everyone—secrets she’s exploiting—and she uses it to keep them all playing. When the game turns nasty, soft-spoken Mateo chooses Other Chloe to help him expose everything Chloe Donnelly has done. But neither realize just how much the truth could cost them in the end. 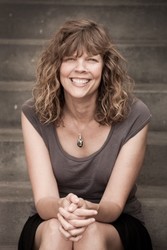 Christa Desir writes dark contemporary fiction for young adults. She lives with her husband, three small children, and overly enthusiastic dog outside of Chicago. She has volunteered as a rape victim activist for more than ten years, including providing direct service as an advocate in hospital ERs. She also works as an editor at Samhain Publishing. Visit her at ChristaDesir.com.

When is a game no longer just a game? Christa Desir’s bold and edgy Four-Letter-Word will leave readers breathlessly turning pages, sometimes horrified, sometimes titillated, always rooting for Chloe and Mateo to make the right choices and come out unscathed. The drama Desir brings out in sleepy, quiet Grinnell provides a hard and frightening glimpse into our current state of affairs, sparking a strong wish for acceptance for all who dwell within the pages of her story, and, with luck, for those, too, who live and breathe outside of them. A M-U-S-T R-E-A-D.

– Gae Polisner, author of The Memory of Things and The Summer of Letting Go

Raw, real, and impossible to put down. Four-Letter Word tackles fitting in, sexuality, and friendship in an authentic voice teenagers will both believe and love. Without a doubt, this is Christa's bravest, best work yet.

– Jennifer Mathieu, author of The Truth About Alice and Moxie

Tender, gripping, and deceptively haunting, Four-Letter Word reminds us just how necessary, dangerous, and potentially life changing some friendships can be. This novel is a startling jolt to the heart.

Four-Letter Word is a mystery, a psychological thriller, and a searing look at what happens when we make a game out of other people's pain.

– Elana K. Arnold, author of Infandous and What Girls Are Made Of

A game quickly turns sinister in this suspenseful novel from Desir (Other Broken Things) featuring high schoolers who have secrets to hide. In the game, captains of two opposing teams come up with a secret word, which the other team must guess by acquiring clues from the players, using “whatever means necessary.” It all seems innocent enough when introduced by new student, Chloe Donnelly, who recently arrived in Grinnell, Iowa, and is looking for a little excitement. Chloe Sanders, however, has her own reservations as the game soon spins out of control after players resort to sexual favors and blackmail to win. By the time the teens realize how dangerous the game is, Chloe Donnelly has too much leverage on everyone to make quitting an option. Though the premise and repercussions of the game are a bit contrived, Chloe Sanders’s battle to do the right thing, and her concern for her boyfriend, Mateo, who has the most to lose by quitting, provide a sense of urgency. Readers will likely be riveted to learn who ultimately wins the game and discover the truth about manipulative Chloe Donnelly.

When a magnetic new girl arrives at her high school, Chloe Sanders quickly falls into her orbit. It’s easy, since Chloe’s feeling isolated while her parents are volunteering in Burkina Faso and her former best friend drifts away, while the new girl, Chloe Donnelly, takes an instant liking to her. But shy, anxious Chloe Sanders soon discovers that Chloe Donnelly’s friendship is dangerous, particularly when she insists on playing a game that’s perilously close to blackmail. Desir does a great job of cultivating Chloe Sanders’ voice, fraught with constant worry and fear, despite the open-mindedness of her parents about things like sex. Desir offers a realistic, refreshingly sex-positive perspective in Chloe: she’s still figuring out how she feels about sex, and even though she’s well-informed, she’s nonetheless intimidated by the thought of the real thing, up until her enthusiastic but utterly awkward first sexual encounter with her crush. Though the plot about the game doesn’t quite coalesce, Chloe’s strong voice and perspective, as well as the warm, healthy friendships she ultimately cultivates, are eye-opening and rewarding. — Sarah Hunter

By Christa Desir
LIST PRICE $9.99
PRICE MAY VARY BY RETAILER