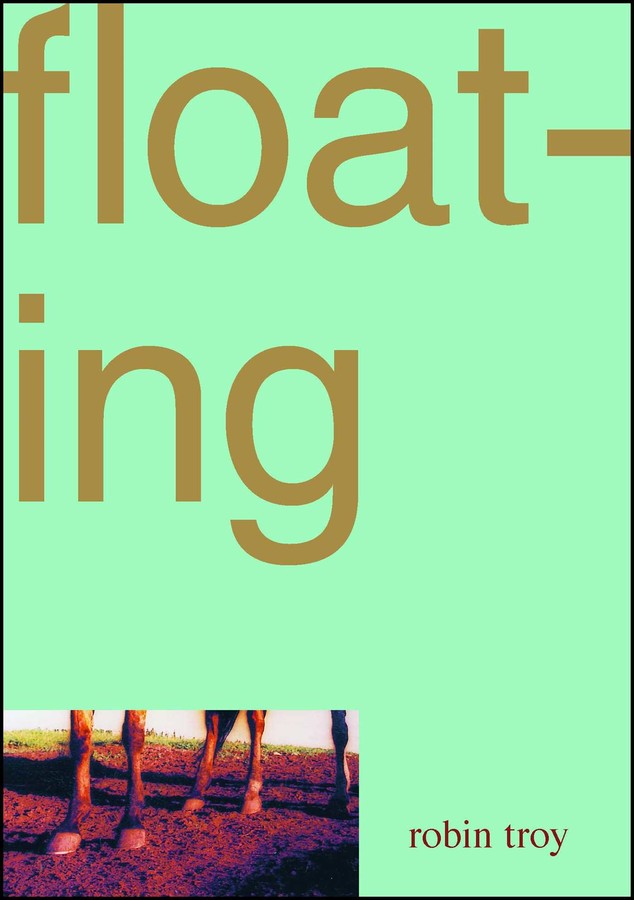 By Robin Troy
LIST PRICE $17.99
PRICE MAY VARY BY RETAILER

Winner of the MTV Fiction Contest
Marking the debut of a vibrant new voice in American fiction, Floating is a poignant and sharply original novel about the fragile boundaries between desire, love, and betrayal. For most people, Whitticker, Arizona, population 641, is just a rest stop on a highway to somewhere else. But for twenty-five-year-old Ruby Pearson, there is nowhere else. With husband in jail and an eight-year-old son at home, Ruby knows what she wants what she doesn't -- and is determined to break free of a life going nowhere. When a pickup-truck cowboy named Sean rolls in off the interstate, bringing with him a world possibilities, Ruby is given her chance. Problem is, Sean's her husband's brother, her son's uncle...and maybe her best shot at true love and a ticket out.

Dale Peck author of Now It's Time to Say Good-bye Robin Troy writes like a bloodhound on the trail of that most elusive of literary quarries: the truth. Superbly written and, more importantly, superbly imagined, this novel is suffused with an emotional wisdom that belies its author's age. Despite the ethereality of its title, Floating is solid as a rock.

Suzanne Strempek Shea author of Hoopi Shoopi Donna I want my MTV -- and another book by Robin Troy! Her writing is as spare and hot as the desert that surrounds Ruby and the other gems who populate this enviable debut.

Natalie Kusz author of Road Song The spark and deft phrasing that mark a true writer's voice are here in abundance. Robin Troy is the real article.

By Robin Troy
LIST PRICE $17.99
PRICE MAY VARY BY RETAILER