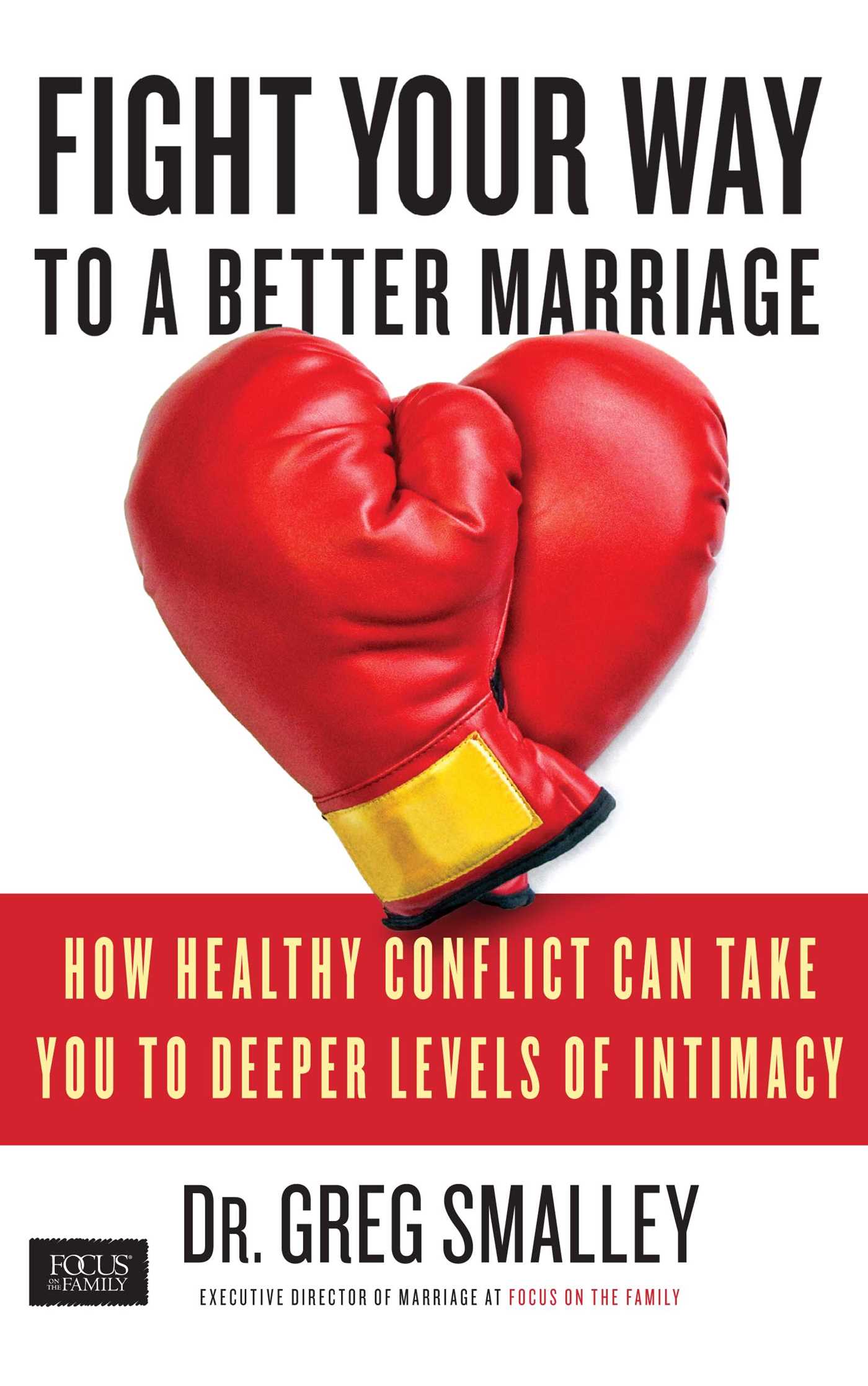 Fight Your Way to a Better Marriage

How Healthy Conflict Can Take You to Deeper Levels of Intimacy

By Greg Smalley
LIST PRICE $12.99
PRICE MAY VARY BY RETAILER

In this counterintuitive book, author Dr. Greg Smalley maintains that fighting is actually good for a marriage. When couples fight, they have the opportunity to get to the real issue lurking below the surface about money, sex, in-laws, kids, etc. And that real issue, Dr. Smalley says, is fear—fear of rejection, inadequacy, or powerlessness, to name a few. What assuages these fears are things like intimacy, respect, validation, love, and connection. Learning to take advantage of the opportunity that conflict provides is what this book is all about.

The good news of Fight Your Way to a Better Marriage is that conflict—when handled correctly—is the doorway to intimacy and under-standing. As Dr. Smalley leads readers through the many faces of conflict, he is open and candid about his own marriage and the unproductive fights he and his wife have had. He uses his fears and emotional triggers as examples to help read-ers discover their own. Couples will learn how to fight their way to a better marriage, using the skills, concepts, and exercises shared in this remarkable book.

Typical marriage fights = money, sex, in-laws, and kids. But what if fights could = trust, respect, intimacy, and understanding?

WHAT IF CONFLICT IN MARRIAGE COULD BE A GOOD THING?

The truth is that marriages and spouses can’t grow without conflict. Some of the many values of conflict include:

* A way to guard against being too comfortable or too complacent, which breeds mediocrity and boredom

* Insight into your own personal issues

* A window for viewing each other’s deepest feelings and needs

* Reduction of tension as emotions are vented and stress is released

* Greater trust and intimacy after pushing through difficult and heated conversations

* The sole reason we have the amazing experience of makeup sex

By clicking 'Sign me up' I acknowledge that I have read and agree to the privacy policy and terms of use. Free ebook offer available to NEW US subscribers only. Offer redeemable at Simon & Schuster's ebook fulfillment partner. Must redeem within 90 days. See full terms and conditions and this month's choices.
This reading group guide for Fight Your Way to a Better Marriage includes an introduction, discussion questions, and ideas for enhancing your book club. The suggested questions are intended to help your reading group find new and interesting angles and topics for your discussion. We hope that these ideas will enrich your conversation and increase your enjoyment of the book.

As the Executive Director of Marriage and Family Formation at Focus on the Family, Dr. Greg Smalley has a vast knowledge of the ins and outs of modern marriage. He shares that knowledge with us in this book, and draws on his own experiences as he tackles an issue faced by every married couple: conflict. Rather than telling couples to avoid conflict, he instead outlines a comprehensive set of principles and behaviors that will allow couples to fight fairly, and to actually improve their relationships through handling their disagreements productively.

1. In the book’s introduction Smalley writes that the absence of conflict in a marriage “suggests the presence of deadened emotions or a hardened heart.” Do you know couples who don’t fight? Do you view them as having good relationships, or bad? Did reading this book change your outlook on the way you might view other people’s marriages, or your own marriage?

2. How might Smalley’s tips for leading a better marriage through embracing conflict help you in relationships with people other than your spouse? How do some of his principles apply to numerous types of relationships?

4. Smalley writes that everyone has “buttons,” which represent “sensitive areas or touchy issues that are easily triggered.” What are some of your buttons? Do you find that there are common buttons that are shared by the members of your reading group? Which seem to come up the most? Why do you think this is?

5. This book devotes a great deal of attention to the subject of our hearts, including the lies written on our hearts from a very young age; how we can heal our wounded hearts; and how marriages that die are the product of a closed heart. The heart can be a symbol for many different things. What are some of the most common ways that we use the word “heart” in our everyday vocabulary? What else can the heart represent?

6. In the chapter on knee-jerk reactions, Smalley explains the concept of the “amygdala hijack”: the scientific reason that your brain causes you to react on the spur of the moment, in a way that under different circumstances you would recognize as being inappropriate. Had you ever considered how strong a part biology can sometimes play in the way we behave? Have you ever had a knee-jerk reaction during which you confronted someone and didn’t later regret it?

7. When you read through Smalley’s chart of reactions and their explanations, did you consider which of them you tend to enact? Did you recognize the reactions that your spouse or significant other has most often?

8. In his discussion of “fight versus flight,” Smalley says studies show that men tend to more often take the “flight” role while women tend to be the pursuer, or “fighter.” Would you agree that this is accurate based on your own experiences and observations? Which role would you say that you play in your relationship?

9. Could you relate to the concept of your thoughts being “taken captive and then intensified or exaggerated” discussed in the chapter “Lies About Your Spouse”? Why do we often tend to leap to conclusions about what people think of us based on their behavior? Think of a time when you may have behaved hurtfully toward someone simply because you had something else on your mind that prevented you from thinking about that person’s feelings. How might your behavior have been interpreted by that person?

10. Smalley writes, “We become capable of practically anything when our heart is closed. And the longer our heart remains shut down, the more likely that our heart is going to harden.” Can you think of an example of this from your own life, where you or someone else behaved in a way you’d never have thought possible after a “hardening of the heart”? Have you ever hardened your heart to someone and later reversed your feelings for them, or had a “change of heart”?

11. In the chapter “Unlocking Healthy Conflict,” Smalley writes that “tapping into the power of healthy conflict is a matter of opening the door—not closing it. So, how do we open the door? We need a key. And the key to unlocking the door of healthy conflict is safety.” Discuss Smalley’s concept of “emotional safety.” Did the two-pronged plan outlined in this chapter and the chapter on “L.U.V.E. tA.lk” seem like a feasible course of action when facing the conflicts in your own marriage? How might you apply this plan to other conflict-heavy relationships in other parts of your life?

1. To learn more about Greg Smalley and his wife, Erin, who works with him, visit smalleymarriage.com. The site includes marriage tips, quizzes, a blog, and numerous other resources. You can also learn more about the organization that Smalley works for at focusonthefamily.com.

2. Smalley frequently references pop culture in this book to illustrate his examples. Have a viewing of your favorite marriage-themed TV shows on DVD, or select a movie that you think provides a particularly accurate or entertaining view of marriage. Which TV and film couples do you think “fight their way to a better marriage?” Which couples avoid conflict at all costs? Which on-screen couples do you most enjoy watching?

3. Did you know that Greg Smalley’s father, Dr. Gary Smalley, is also a renowned marriage and family expert? Try his groundbreaking book The DNA of Relationships for a unique look at how we can navigate our relationships with our family, friends and colleagues. Like his son, Gary Smalley is forthcoming with the ups and downs of his own relationships and how he has learned from his mistakes. 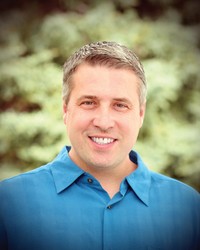 Dr. Greg Smalley is the author of 18 books, including Crazy Little Thing Called Marriage and Fight Your Way to a Better Marriage. He earned his doctorate in psychology and serves as the Vice-President of Marriage and Family Formation at Focus on the Family.

Fight Your Way to a Better Marriage

How Healthy Conflict Can Take You to Deeper Levels of Intimacy

By Greg Smalley
LIST PRICE $12.99
PRICE MAY VARY BY RETAILER