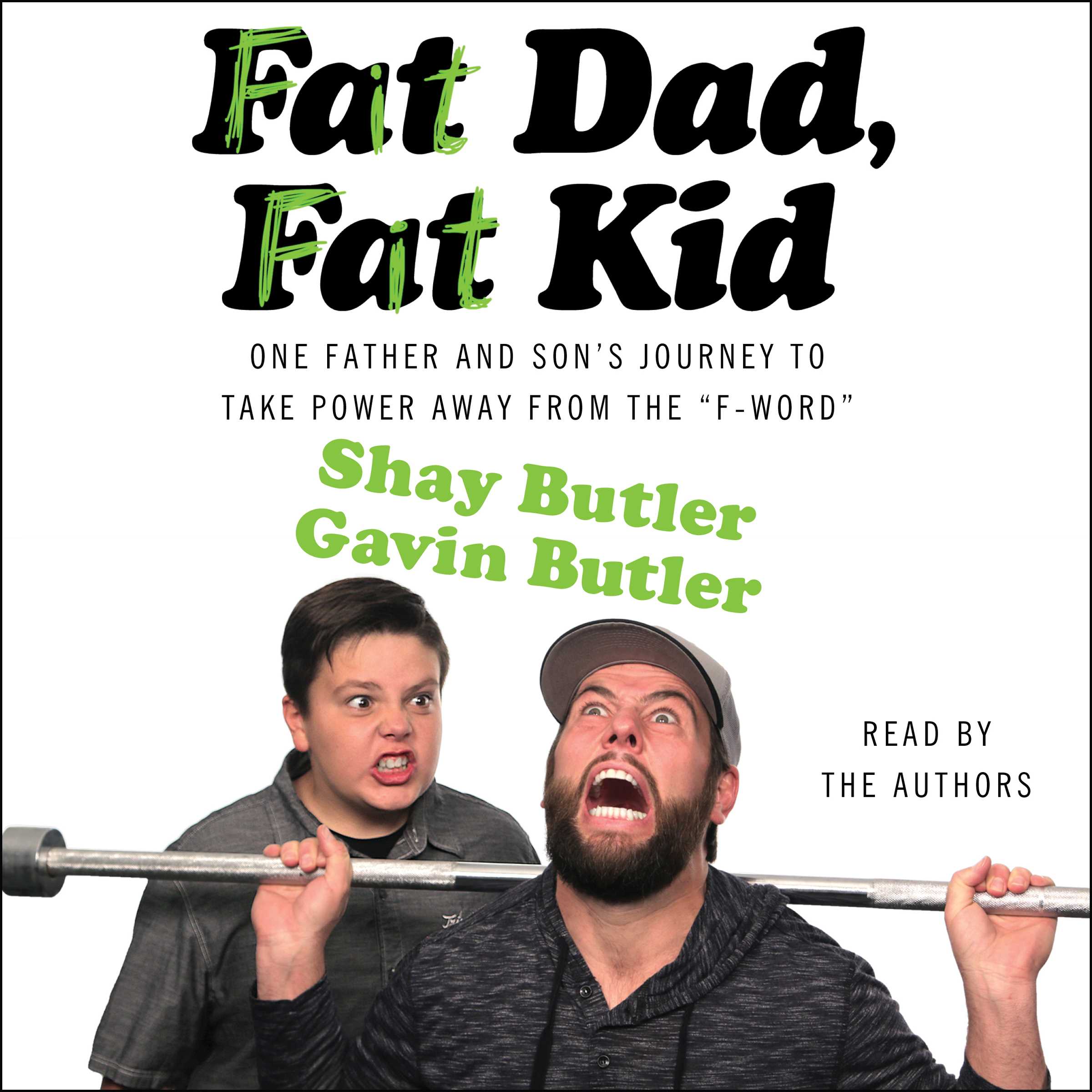 In today’s world where fast-food restaurants, soda, and processed foods reign supreme, does “fat dad” have to mean “fat kid”? Digital entrepreneur and beloved vlogger Shay Butler and his preteen son, Gavin, decided to find out the answer for themselves.

Before Shay became famous for vlogging about life with his boisterous brood of five, known on YouTube as the Shaytards, he was like many other American dads: He worked 9 to 5 to pay the bills, ate double bacon cheeseburgers during his lunch breaks, sipped soda throughout the day, and watched Netflix with handfuls of candy.

These small behaviors added up, and before he turned thirty, Shay was nearly 300 pounds. Motivated by the fear that he could have a heart attack before thirty-five, Shay decided to make incremental changes to his eating habits and exercise regimen. Adopting the attitude that every action, no matter how small, was better than what he was doing before, Shay lost more than 100 pounds and ran four marathons, becoming a source of inspiration for everyone who followed his journey on his ShayLoss channel on YouTube.

Now, at the age of thirty-five, Shay has discovered that “maintaining” is the hard part. He has also seen how some of his hard-to-break habits are affecting his children, particularly his eldest son, Gavin, who grew up during the years when his dad had “a little extra Shay on him.” Determined to get back into shape and inspire his son along the way, Shay asked Gavin to embark on a thirty-day challenge with him to eat clean and do thirty minutes of exercise a day. Full of Shay’s signature blend of humor, honesty, and unbridled enthusiasm, Fat Dad, Fat Kid chronicles the ups and downs of Shay and Gavin’s thirty days together, reflects on Shay’s lifelong struggle with health and fitness, and proves that it’s never too late for parents or children to embrace a healthier lifestyle—even when it doesn’t come easy.

Shay Butler is an award-winning digital entrepreneur and vlogger. His YouTube channels attract millions of subscribers, and he has been hailed as one of the “most successful video entrepreneurs on YouTube” by Forbes.com. Butler is a cofounding talent of Maker Studios. He lives in Idaho with his wife, Colette, and five children. Gavin Butler is his eldest son.

Shay Butler is an award-winning digital entrepreneur and vlogger. His YouTube channels attract millions of subscribers, and he has been hailed as one of the “most successful video entrepreneurs on YouTube” by Forbes.com. Butler is a cofounding talent of Maker Studios. He lives in Idaho with his wife, Colette, and five children. Gavin Butler is his eldest son.