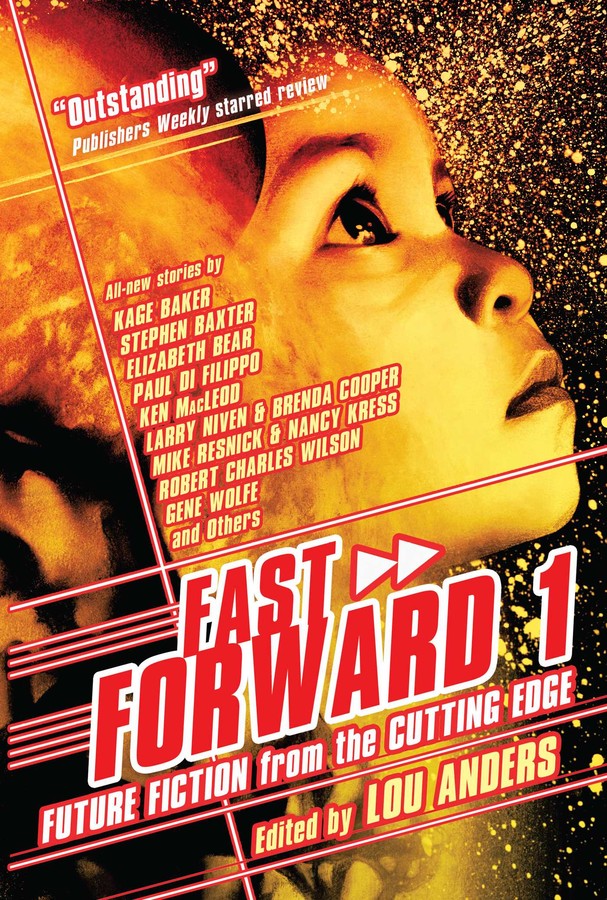 Science Fiction is the genre that looks at the implications of technology on society, which in this age of exponential technological growth makes it the most relevant branch of literature going. This is only the start, and the close of the 21st century will look absolutely nothing like its inception. It has been said that science fiction is an ongoing dialogue about the future, and the front line of that dialogue is the short story. The field has a long history of producing famous anthologies to showcase its distinguished short fiction, but it has been several years since there has been a prestigious all-original science fiction anthology series. Fast Forward is offered in the tradition of Damon Knight’s prestigious and influential anthology series, Orbit, and Frederik Pohl’s landmark Star SF. Fast Forward marks the start of a new hard science fiction anthology series, dedicated to presenting the vanguard of the genre and charting the undiscovered country that is the future. Contributors scheduled for the first volume include: Kage Baker, Paolo Bacigalupi, Tony Ballantyne, Stephen Baxter, Elizabeth Bear, A. M. Dellamonica, Paul Di Filippo, Robyn Hitchcock, Louise Marley, Ken MacLeod, Ian McDonald, John Meaney, Larry Niven and Brenda Cooper, Mike Resnick and Nancy Kress, Justina Robson, Pamela Sargent, Mary A. Turzillo, Robert Charles Wilson, Gene Wolfe, and George Zebrowski.