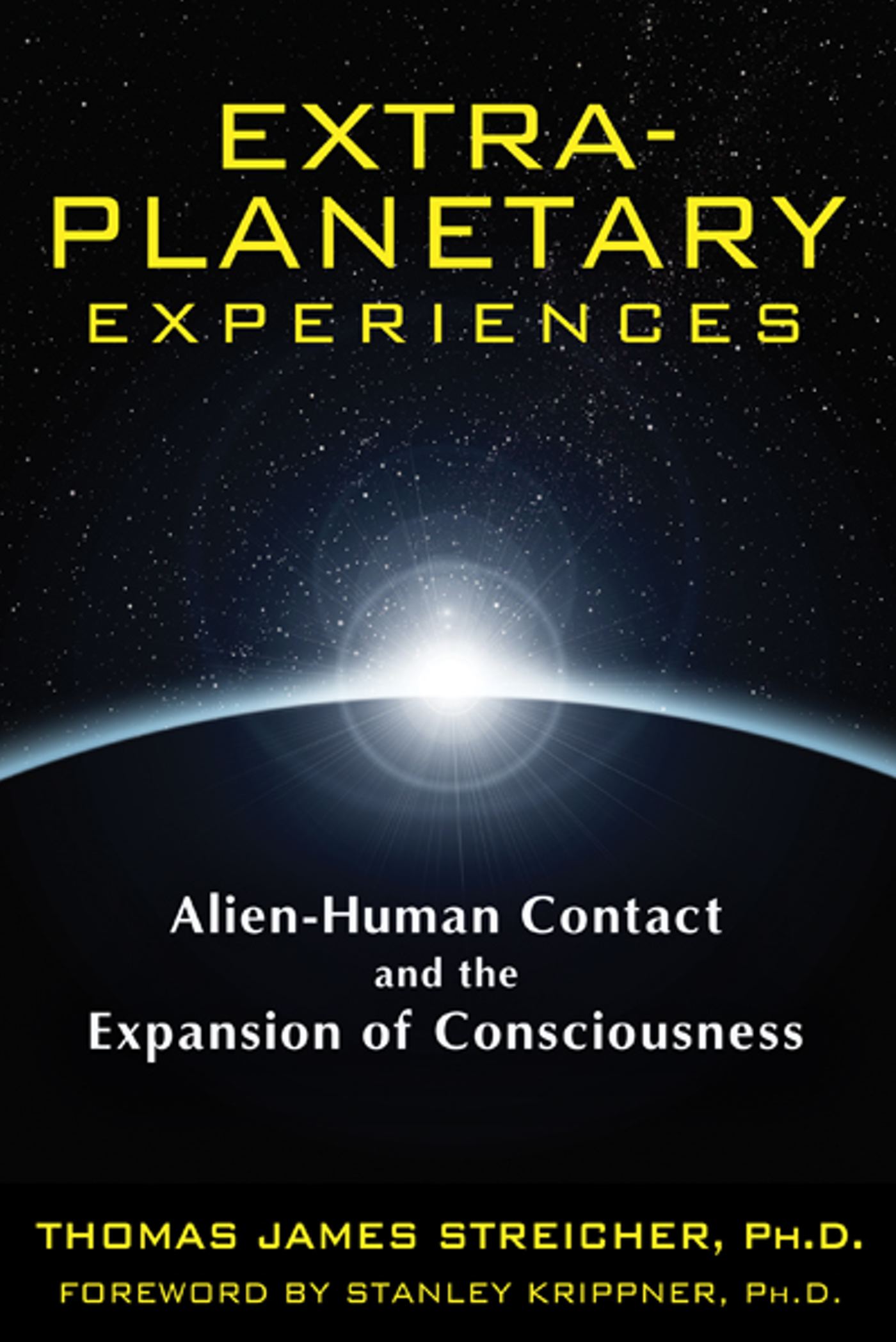 Deep insights into human consciousness revealed by accounts of travel to other planets, moons, and stars

• Includes interviews with 7 people who have had extra-planetary experiences, including astronaut Edgar Mitchell, Norma Milanovich, and Ingo Swann

• Reveals the positive effects of these events on the interviewees’ lives, from cosmic consciousness and loss of fear of death to enhanced spiritual insights

• Contextualizes these accounts with 19th- and 20th-century reports as well as alien-human encounters in ancient Sumerian, Vedic, Egyptian, Tibetan, and biblical records

Since prehistoric times all cultures report encounters with strange beings and crafts from the sky as well as stories of extra-planetary experiences--that is, travel to other planets, moons, and stars. In the case of modern accounts, these benevolent alien-human interactions bear striking resemblance to one another, even among people with no knowledge of other alien-human claims. And all experiences marked a spiritual turning point in the person’s life, providing a loss of the fear of death, enhanced spiritual insights, a connection to cosmic consciousness, or increased motivation to be of service to humanity.

Exploring fresh dimensions of ET contact and extra-planetary experience (XPE) using Harvard professor and researcher John Mack’s witnessing approach to paranormal incidents, Thomas Streicher interviews 7 renowned people who have experienced XPE--including astronaut Edgar Mitchell, Norma Milanovich, and Stanford-tested remote viewer Ingo Swann--and shares the positive spiritual effects of XPE on their lives. Placing their experiences in the context of historical accounts of alien-human encounters from ancient Sumerian, Vedic, Egyptian, Tibetan, Hopi, Dogon, and biblical records as well as 19th- and 20th-century testimonies from Orfeo Angelucci, Billy Meier, Elizabeth Klarer, and others, the author reveals the similarities of these experiences with those of his interviewees. Streicher shows these experiences are not contrived hallucinations but genuine transformative spiritual awakenings akin to near-death and out-of-body experiences.

Edgar Mitchell (1930- ) became the sixth man to walk on the moon. Recipient of four honorary doctorates, he earned Bachelor of Science degrees in Industrial Management and Aeronautics, followed by a Doctorate in Aeronautics and Astronautics from the Massachusetts Institute of Technology. The first part of his career was as a military officer, test pilot, engineer, and astronaut; the second has been as a student, researcher, and teacher exploring the inner experience with both subjective and objective methods.

T. J. Streicher: What was it like for you to visit another world?

Edgar: Well, what more could an explorer want than to go where humans have never been? Look around, gather data, come back to tell the people what you saw? That’s what explorers do, and that in itself is pleasurable, a highlight in an explorer’s life, so that’s my answer. What more can I ask than to do that?

T.J.S.: So it sounds like you look at that as a privilege?

Edgar: Yes, for sure.

T.J.S.: Can you clarify where this other world was?

T.J.S.: What kinds of changes have occurred with you since the exploration?

Edgar: The changes are the result of the big picture effect. You see things differently, and of course there is the epiphany in coming home. The epiphany is, “Wow, I am seeing things in a different way,” and then trying to put that together into a story as to what it is. I still don’t have an answer from a cosmological sense as to what causes humans to have a peak experience. In the ancient Sanskrit it is called a samadhi experience, and in the Buddhist tradition it is called a satori. What causes a peak experience, I cannot say. Even after having studied a lot of physics, biology, and psychology on this subject, I still can’t answer what is the physical process that nature allows to take place; I only know it shifts your perspective.

Edgar: I can tell you that I feel differently. I appreciate the complexities of the universe. I appreciate now--from our modern Hubble telescope data--that the universe is much larger, much grander, and much more complex than we ever thought it was in the past. We are still ignorant. We think we are a pretty smart species, but I usually say we are just barely out of the trees. We have learned a lot, but we haven’t learned nearly as much as we like to think we have, and there is still a long way to go. It’s amazing and inspiring. Even though I went off to war because of the draft that we had in place when I graduated from college, I did my duty as a pilot and I learned to appreciate that war is a fallacy. Killing people is not what we are supposed to be doing. I believe we have to evolve past that, but we have not. Our destiny, if we are to be citizens of the universe, is to be peaceful citizens of the universe.

The real question pertains to both the “trans” experience and the epiphany that I had in space. The question is, what is it in nature that causes that shift, that type of shift that spills over into an entire value system? Why is war no longer acceptable to me? And it is not acceptable that we humans are warlike and are threatening our own species and our very own existence on this planet by multiplying the way we are.

We are not on a sustainable path. It is disturbing that the population continues unabated and refuses to sincerely adapt a consciousness that embraces renewable resources as a solution. Sustainability remains as a major thrust and focus of my thinking at this point. What is it in nature that allows us to have transcendental and transformational experiences like I have had? I don’t know the answer to that yet.

T.J.S.: Are you searching for that?

Edgar: That is a part of what my Noetic Foundation is about, trying to understand consciousness and transcendental type experiences. They are recorded throughout history, and the great mystics of all times have talked about them and we humans know about them, yet we continue to spend our time killing each other and arguing over whose God is the best God.

T.J.S.: But you’re not doing that--your consciousness has been raised?

Edgar: To me raising consciousness means shifting the ethical structure of our thought, to be more concerned for the greater good, for the whole. And to accept our individual role in doing that.

T.J.S.: Would you talk a little about your newfound cosmology? Do you think, for instance, that there is life on other planets?

T.J.S.: Did you get some firsthand information about that?

Thomas James Streicher, Ph.D. (1955-2013), a student of Dr. John Mack, earned his doctorate in psychology from Saybrook University. He was the founder and director of Divine Spark, a California-based nonprofit dedicated to helping people through free meals and other means to activate the divine spark within each of them.

“Through his thorough analysis of ‘extra-planetary experiences,’ Thomas Streicher successfully prepares the ground for deeper questioning: Are they merely significant as subjective experiences, or are they also objectively real? This book shows that we should not dismiss these experiential reports.”

“Employing academic scholarship, detailed documentation, human curiosity, and humane compassion, Thomas Streicher provides the results of his investigations of persons who describe their encounters with extraterrestrials and their experiences on other planetary civilizations.”