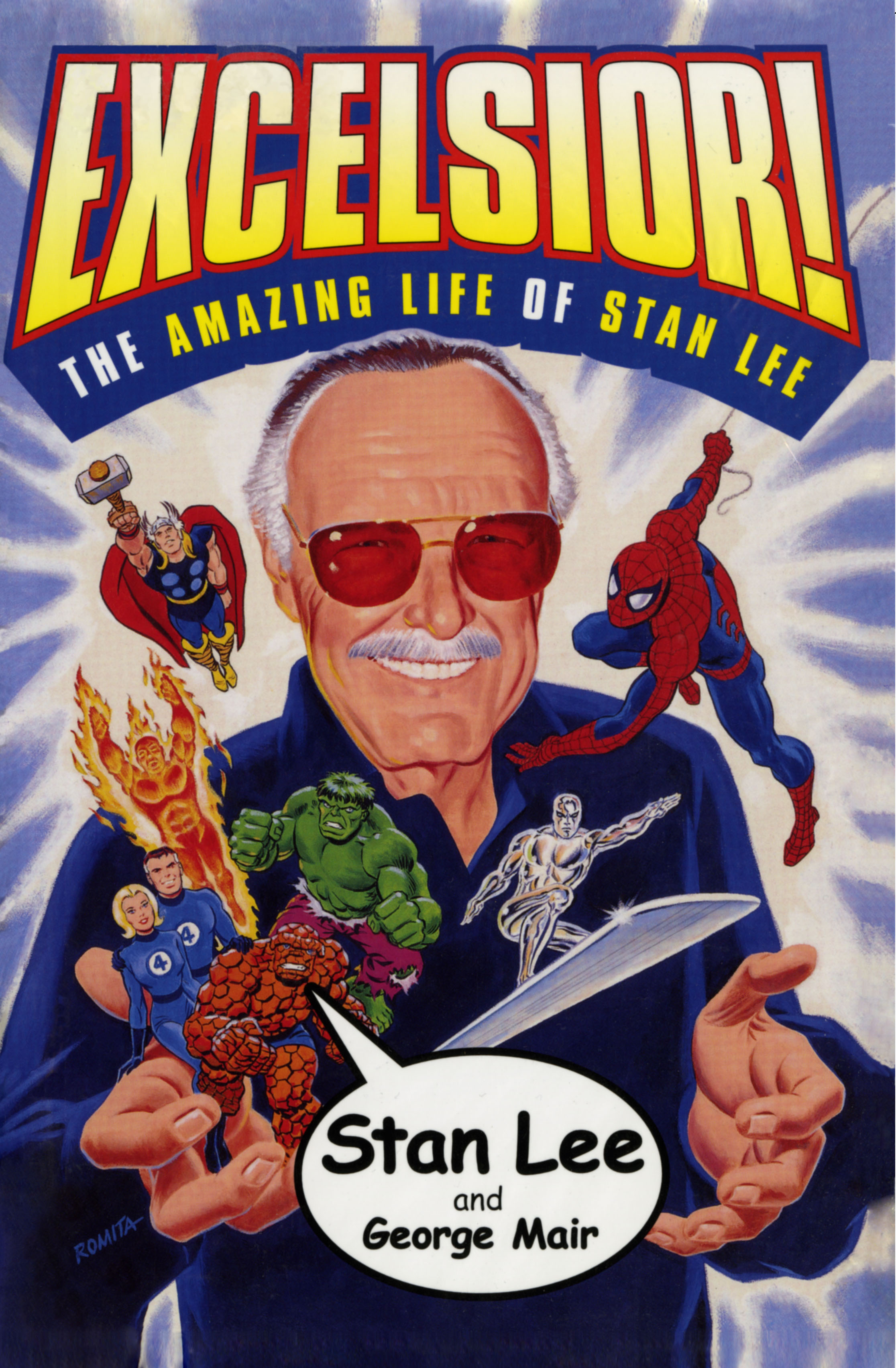 The Amazing Life of Stan Lee

By Stan Lee and George Mair
LIST PRICE $16.99
PRICE MAY VARY BY RETAILER

The man behind Spider-Man, The X-Men, The Incredible Hulk, and a legion of other superheroes tells his own amazing story in a book packed with punch, humor, anecdotes, and a gallery of never-before-seen photographs.

Stan Lee is the most legendary name in the history of comicbooks. The leading creative force behind the rise of Marvel Comics, he brought to life some of the world's best-known heroes and most infamous villains. His stories, featuring super- heroes who struggled against personal hang-ups and bad guys who possessed previously unseen psychological complexity, added wit and subtlety to a field previously locked into flat portrayals of good vs. evil. Lee put the human in the super-human. In the process, he created a new mythology for the twentieth century.
In this treasure trove of marvelous memories, Stan tells the story of his life with the same inimitable wit, energy, and offbeat spirit that he brought to the world of comicbooks. He moves from his impoverished childhood in Manhattan to his early days writing comicbooks, followed by military training films during World War II, through the rise of the Marvel empire in the 1960s to his recent adventures in Hollywood.
The story of a man who earned respect by blazing new creative trails in a storytelling form once dismissed as just for kids, Excelsior! is an inspirational story about following one's vision, no matter the odds. Yet it's also the story of how some of the most exciting and memorable characters in the pop-culture universe came to thrill a generation.

How did it happen?

How did I get into this? Me, a guy who's almost always written fantasy, suddenly having to deal with facts-the facts of my life.

Although, come to think of it, those facts themselves are pretty fantastic. If I hadn't lived the whole thing I might not even believe it. And, if you wanna talk about irony -- !

During those strange, struggling, early years, I wallowed in embarrassment because I was a mere comicbook writer. And now, because of those same humble comicbooks, here I am the featured star of a real, grown-up book, the hero of my own life story.

There's probably a moral hidden there. Feel free to search for it as we roll along.

To tell the truth, I can't wait to read the pages that follow. Since so much of the past has managed to homogenize in the plotcluttered recesses of my mind, it's a chance to rediscover little truths about my own inscrutable self and the titanically talented people I've worked with.

It'll also be a kick revisiting the weird and wonderful world of comics, a world inhabited by some of the most gifted artists and storytellers of our time, unsung geniuses who are only now beginning to receive the fame and respect that is so long overdue them.

In fact, as I write these hopefully imperishable words, virtually every major movie and TV studio is busily producing highconcept features based on, or inspired by, comicbook superheroes. Yep, our once-lowly costumed cavorters are now a mother lode of entertainment in today's quest for ever more thrills and excitement.

And so, thanks to Hollywood's burgeoning love affair with fantasy and special effects, I and the creations I've lived with lo these many years have suddenly become -- way cool!

But first, a word about how this unorthodox book about MY unorthodox life came to be.

My passionately persuasive literary agent, Susan Crawford, assured me that the entire reading public was panting for me to write my autobiography. (Yeah, right!) I told her I couldn't do it for two reasons. One, I'd never have time to do all the necessary research or to fine-tune a document chronicling seven long decades of memories, mirth, and misadventures. Two, I'd feel diffident about personally enumerating all my wonderful and endearing qualities; at the very least it could sound a mite immodest. Therefore, in one of the typical flashes of inspiration for which I'm so justly famous, I suggested that someone else simply write it as a biography, so the plaudits and accolades would not be attributed to my own unassuming self.

But Susan, with bulldog tenacity belying her cherubic features, said that my old friends at Simon & Schuster wanted it to have the flavor of my own style of writing (masochists that they were) and not some biographer's. Finally, when it seemed we were at an impasse, that most erudite editor, magisterial Matt Walker, got into the act. With the wisdom of Solomon-and the persistence of a piranha-he suggested it be a new type of biography, a "bio-autography," if you will. He and Susan twisted the arm of George Mair, biographer par excellence and all around swell guy, to collaborate on the book with me. George would diligently do the research, organize the factual material, and write the flattering portions of the book (which I hoped would be the major part, of course), while I would kibitz throughout the tome by adding items of philosophical profundity and inane inconsequence whenever you least expect it.

So what you now behold with breathless anticipation is the world's first bioautography. Hell, you wouldn't expect anything less from me, would you?

Okay, now that that's out of the way, I'd better start wrapping this up so that George can do his thing. And what better way to do that than by telling you these seventy-plus years have been a wild and wondrous ride for me. I want you to have as much fun reading about them as I had living them. In fact, it'll be even easier for you. You can share all the funky, frivolous, far-out foibles without having to write a page of dialogue or draw a single picture yourself.

But, before I turn you loose so you can get to the good stuff, here are a couple of sentences I wrote some years ago to describe my feelings about what Marvel Comics represents. The entire passage is actually longer than this, but I fear if I give you the whole thing, there won't be a dry eye left in the place.

Marvel is a cornucopia of fantasy, a wild idea, a swashbuckling attitude, an escape from the humdrum and prosaic. It's a serendipitous feast for the mind, the eye, and the imagination, a literate celebration of unbridled-creativity, coupled with a touch of rebellion and an insolent desire to spit in the eye of the dragon.

There you have it, my take on Marvel and the fantasy genre in general, and perhaps my own philosophy in particular. If those words strike a chord with you, read on. If they don't, I'd rather not know.

So let's not waste another minute. My whole life is on the pages ahead, awaiting your validation. I hope you don't mind company while you read, 'cause I'll be right there with you all the way.

The legendary Stan Lee is the most recognized name in the history of comic books. He is the creator of such top superheroes as Spider Man, The Incredible Hulk, The Fantastic Four, Dr. Strange, The Savage She-Hulk, The Silver Surfer, The Avengers, The Invincible Iron Man, and The X Men. Publisher Emeritus of Marvel Comics, he lives in Los Angeles.

The Amazing Life of Stan Lee

By Stan Lee and George Mair
LIST PRICE $16.99
PRICE MAY VARY BY RETAILER