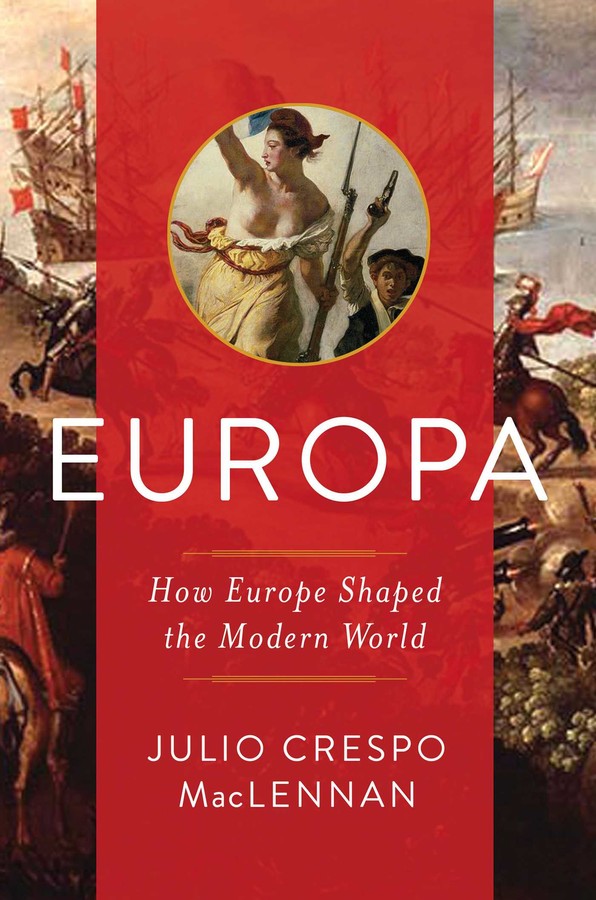 How Europe Shaped the Modern World

"An original and innovative examination of the continent—and its culture—that was the epicenter of the world for almost five centuries. "

European history is deeply embedded in the global civilization that has emerged in the 21st century. More than two thirds of today’s nations were once European colonies or protectorates. Europe’s legacy is even evident in hegemonic powers like China. For centuries, Europe was the heart and soul of the West and enjoyed unprecedented global hegemony, not only by military and economic means, but also through their influence on politics and culture.

The rise and fall of the European era of world supremacy is one of the most epic histories of all time. Columbus’s “discovery” of America provided the key to Europe's meteoric rise. Spain and Portugal would form the first global empires, closely followed by Holland, Britain, France and Russia.

Following the exploits of navigators like Vasco da Gama and Captain Cook, the conquistador Hernan Cortes, missionary Henry Livingstone and others, millions of Europeans migrants spread their culture and values. Statesmen, scientists, inventors, philosophers, writers, and revolutionaries at home were responsible for transforming Europe into a civilization that inspired universal attraction. Even into the 20th century, after reaching the nadir of imperial decline and self- destruction, Europe has once again become a global trendsetter.

Julio Crespo MacLennan is a Senior Fellow at the Cañada Blanch Centre in the London School of Economics. He has a D. Phil in History from the University of Oxford and has been Santander Iberian and European Studies Fellow at St. Antony’s College, Oxford and Prince of Asturias Visiting Professor at Tufts University, among other academic and diplomatic posts. He has written five books, including Europa (available from Pegasus) and has lectured in over twenty countries and diverse international forums.

"Masterful. This book will be a welcome addition to the bookshelf of both World and American historians. Do not miss it."

"MacLennan traces the influence of European culture through immigration, colonialism in Africa, and intellectual migration and exile after the world wars. A well-supported, wide-ranging history of the Western world."

"A study of the continent’s outsized political, socioeconomic, and intellectual influence on the rest of the world. MacLennan’s book is chock-full of interesting facts and observations."

"An epic narrative exceptional in interpretive breadth. Beginning with the Renaissance, readers contemplate the planet-transforming influence of Europe’s unprecedented curiosity and ambition, manifested in innovations in art, science, philosophy, and governance, exported through trade and colonization. Even readers resistant to MacLennan’s Eurocentric perspective will learn much here about a singularly dynamic continent."

"Learned, often persuasive, and a tincture for Western cynicism. This broad-strokes, big-claims history will appeal to fans of Jared Diamond."

"Julio Crespo MacLennan's wide-ranging and deeply learned examination of the origins and contemporary importance of Europe in world history makes a valuable vademecum for the post-Brexit world. This book helps restore an accurate narrative of Europe's contribution to the modern world at a time when its recent history is being distorted for political ends."

"In this salutary book, Julio Crespo MacLennan restores an endangered species of truth: Europe’s influence in the last half-millennium has made our world what it is—still as richly diverse as ever, but rippled with genes, ideas, institutions, practices, biota, and material culture that Europeans spread across oceans and continents. The author does not conceal the evils that accompanied exchange, but the balance appears more constructive than destructive, more life-enhancing than life-destroying. Europe—if Europeans can overcome their abiding nationalisms and self-interest—can still be good for the rest of the world."

How Europe Shaped the Modern World