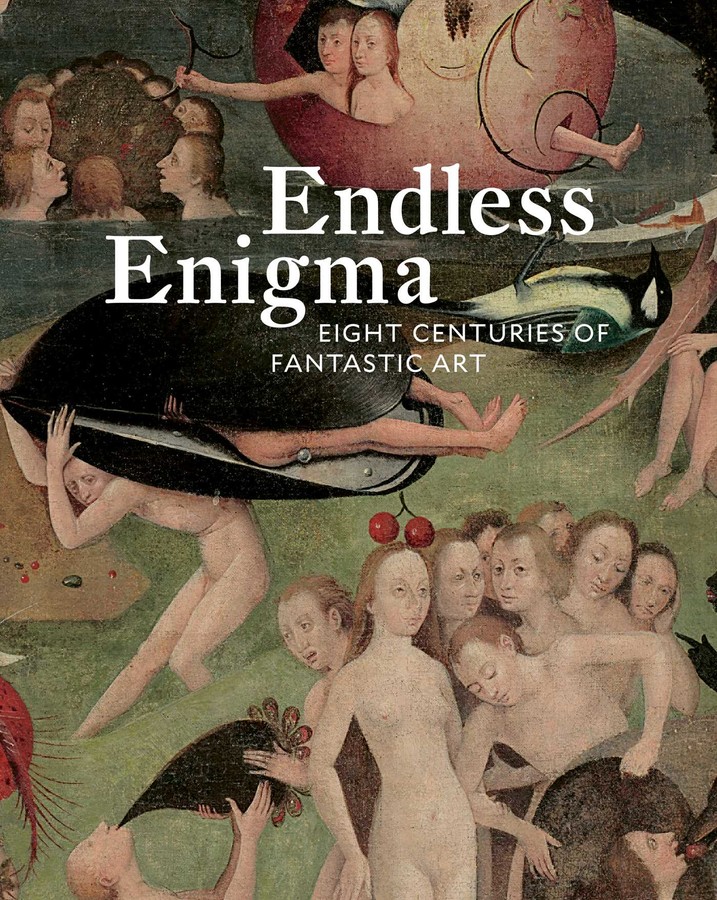 Endless Enigma: Eight Centuries of Fantastic Art explores the ways in which artists have sought to explain their world in terms of an alternate reality, drawn from imagination, the subconscious, poetry, nature, myth, and religion.

Endless Enigma takes as its point of departure Alfred H. Barr Jr.’s legendary 1936 exhibition at The Museum of Modern Art, New York, Fantastic Art, Dada, Surrealism, which not only introduced these movements to the American public, but also placed them in a historical and cultural context by situating them with artists from earlier centuries.

Organized in collaboration with Nicholas Hall, a specialist in the field of Old Masters and nineteenth-century art, this fully illustrated catalogue is published on the occasion of the eponymous exhibition at David Zwirner, New York, in 2018. It includes new scholarship by Dawn Ades, Olivier Berggruen, and J. Patrice Marandel.

“You don’t get more museum quality than this show.”

“The one show you absolutely shouldn’t miss. Art just doesn’t get any better than what’s on view in ‘Endless Enigma.’”

“A provocative selection of more than 130 paintings and works of art that span from the fourteenth century to the present, and their connecting thread being clearly explicit in two words of the show’s titles: ‘enigma’ and ‘fantastic.’”

“In its heady blend of Old Masters, Modern and contemporary, Endless Enigma is not an exhibition to be seen and processed at once, but repays several visits for all its quiet relationships to be explored and engaged. And once again–everything works.”

“This exhibition is gratifyingly wide-ranging, from the twelfth-century to right now in 2018. The point of it all is of course how we re-look at something as squishy as the imagination and its inventions, and how we resituate the range of items we are considering in relation to the present moment and however we conceive of the contemporary avant-garde.”

“But those who are not in New York, or who miss the show, can look forward to the fully illustrated catalogue.”