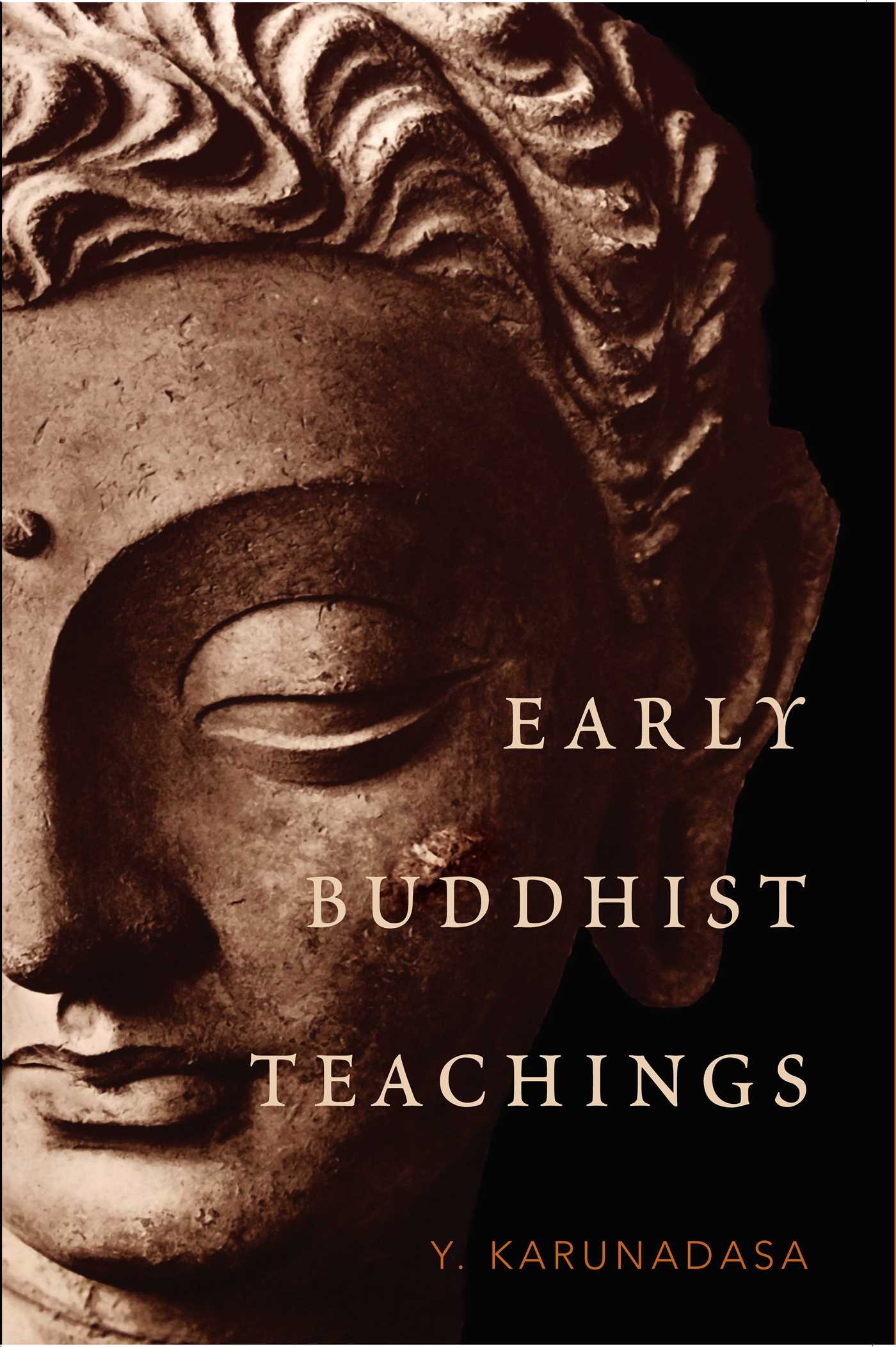 By Y. Karunadasa
LIST PRICE $29.95
PRICE MAY VARY BY RETAILER

A clear, elegant exploration of the basic teachings of early Buddhism, ideal for both general readers and scholars.

Discover the birth of Buddhism and the essentials of Buddhist teachings with this clear, comprehensive explanation of early Buddhism’s key doctrines. You’ll come away with:

"The author provides a lucid, comprehensive summary of the Buddha's psychology of liberation, clearly explained, capable of being practiced—his book is an epitome of rational Dhamma."

– Dhivan Thomas Jones, editor, Western Buddhist Review, and author of This Being, That Becomes: The Buddha's Teaching on Conditionality

"In my assessment, this is the best answer to the question 'How did Buddhism begin and how best can we describe it.'"

– G. A. Somaratne, Assistant Professor in Buddhist Studies, The University of Hong Kong.

“An excellent introduction to early Buddhist teachings. The author has meticulously analyzed the key Buddhist doctrines and presented them in an equally meticulous manner.”

"It is a privilege for me to welcome this book. Ever since he began to publish, I have admired his work for its scholarship and readability. While there are many introductions to the thought of the early Buddhist texts, none can surpass, and perhaps none can even match, the clarity and reliability of his expositions."

“By the foremost scholar on early Buddhism and Abhidhamma, this brilliant yet simply presented explication of the first principles of Buddhist philosophy analyses the unique contributions of Buddhism against the backdrop of other traditions current at the time of its origins.  It explains how the radically new doctrine of non-self, its 'middleness' between spiritual eternalism and materialist annihilationism, unfolds in terms of philosophy, psychology and practical ethics. The teachings are made accessible with finely nuanced translations of Buddhist texts and the astute rendering of Buddhist technical terms into modern English equivalents. The appendix on Buddhist pluralism is an insightful, important and timely reminder of the Buddha’s rejection of ultraorthodoxy, exclusivism and fanaticism.”

“The depth and scope of Professor Karunadasa’s knowledge of the literature of early Buddhism is unparalleled. His comments on the issues covered in these materials are authoritative and his explanations, clear and understandable, are those of a wise and compassionate teacher.”

By Y. Karunadasa
LIST PRICE $29.95
PRICE MAY VARY BY RETAILER