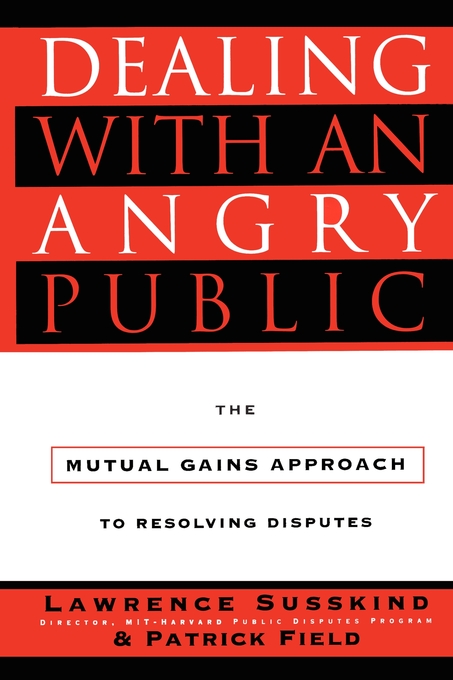 Dealing with an Angry Public

By Patrick Field and Lawrence Susskind

Dealing with an Angry Public

By Patrick Field and Lawrence Susskind