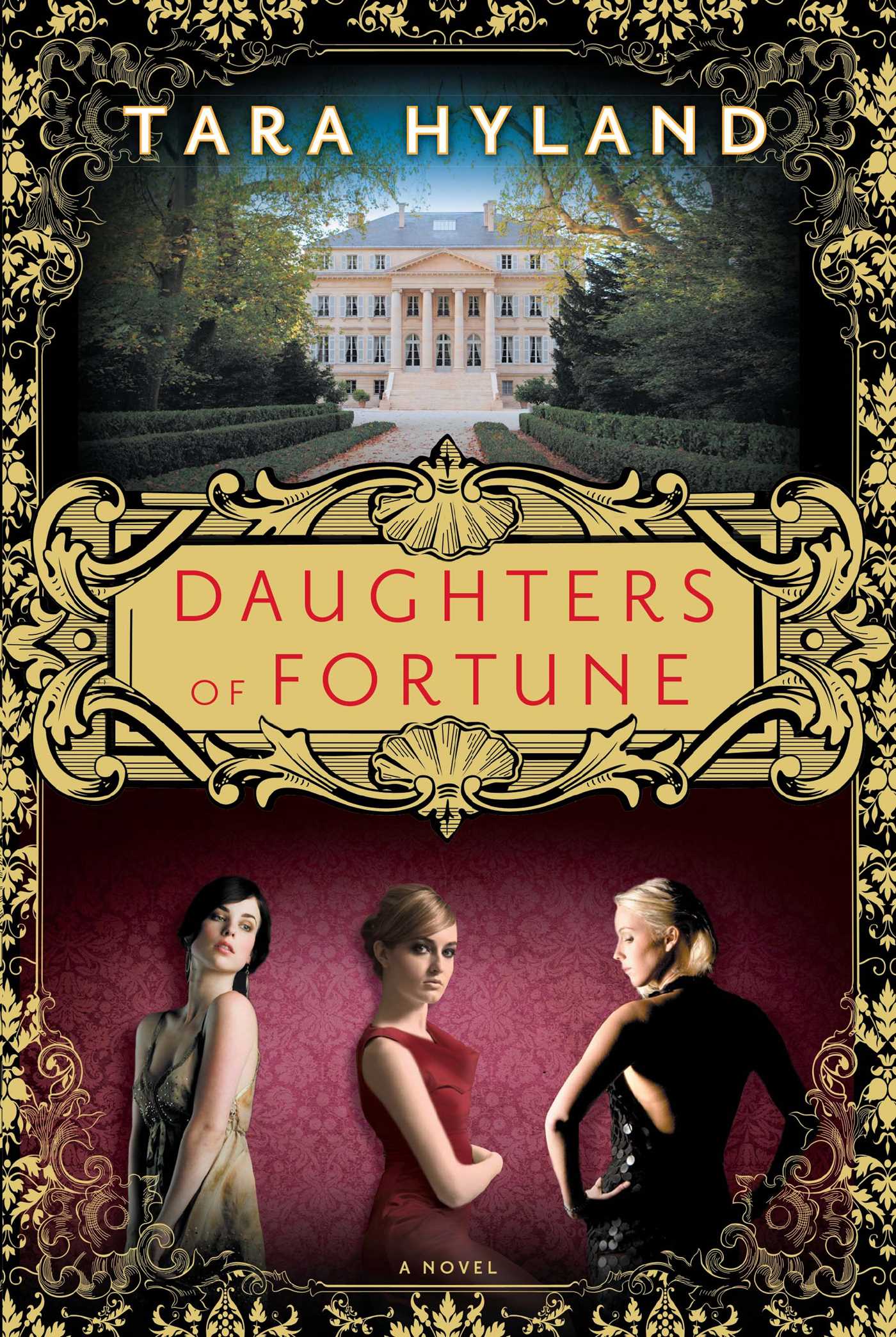 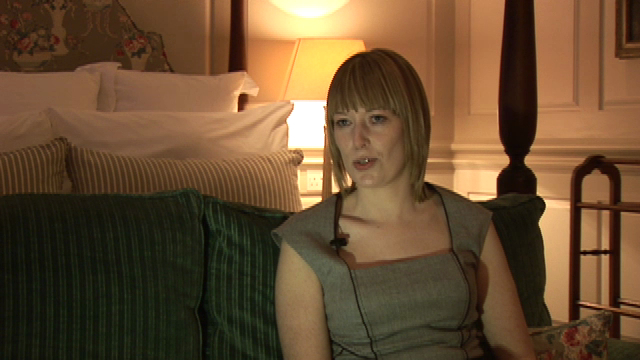 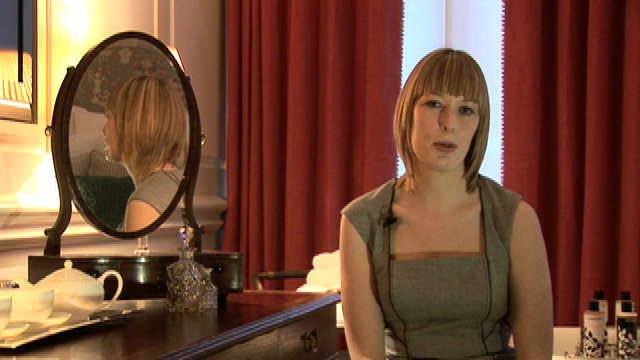 By Tara Hyland
LIST PRICE $28.99
PRICE MAY VARY BY RETAILER

A FASHION DYNASTY AT WAR

William Melville’s daughters are heiresses to the world’s most exclusive fashion dynasty. Beautiful and rich, they are envied by all. But behind the glittering façade of their lives, each girl hides a dark secret that threatens to tear their family apart.

Smart, ambitious Elizabeth knows how to manipulate every man she meets, except the one who counts: her father.

Gentle, naïve Caitlin, the illegitimate child, struggles to fit into a world of privilege while staying true to herself.

Stunning, spoiled Amber, the party girl with a weakness for bad boys; more fragile than anyone realizes.

As each of them seeks to carve out her own destiny, Elizabeth, Caitlin, and Amber face difficult choices, which will take them in wildly different directions. But as old wounds resurface and threaten to destroy the foundations of the Melville empire, their paths will cross again. Because the simple truth is that, no matter how far you go, you cannot escape the claims of family.

This reading group guide for Daughters of Fortune includes an introduction, discussion questions, ideas for enhancing your book club, and a Q&A with author Tara Hyland. The suggested questions are intended to help your reading group find new and interesting angles and topics for your discussion. We hope that these ideas will enrich your conversation and increase your enjoyment of the book.

At the age of fifteen, Caitlin O’Dwyer loses her mother, only to find out she is the daughter of English fashion mogul William Melville. Forced to leave her small Irish village and everyone that matters to her, Caitlin must move to England and become a part of the Melville family. Unused to the staid manners and traditions practiced within the family’s stately home, Caitlin’s even more out of place with her new sisters: the elder Elizabeth, a serious, ambitious blonde; and the younger Amber, a coltish free spirit who always underestimates the implications of her wild behavior. Tara Hyland’s debut novel is an epic family drama swirling with romance, fashion, scandal, loss, jealousy, and money. As three very different sisters are pitted against each other and their family, they discover that the ties that bind a family may also be the means for tearing it apart.

A Conversation with Tara Hyland

1. Congratulations on your first novel! How does it feel to be published? What’s the most exciting part of writing a book?

It feels absolutely amazing to be published—it may sound like a cliché, but it’s a dream come true. There have been so many exciting parts to writing Daughters of Fortune—from finally finishing the manuscript, to that initial phone call from an interested agent; from getting a publisher, to seeing the gorgeous cover for the first time. But for me, the highlight has definitely been receiving e-mails from readers, telling me how much they loved the book. I get so much pleasure from reading, and it is lovely to be able to do the same with my own novel.

2. Before writing Daughters of Fortune you were an equity analyst. That’s a big change of direction—what made you decide to write?

I’ve always loved reading and as a child I wanted to be a writer, but it feels like one of those impossible dreams. I’ve been brought up with a strong work ethic, and I felt that I owed it to my parents to get a sensible career after they put me through University. But my dream of writing never went away, and as I approached my thirtieth birthday, I decided to give it a go in my free time. I never thought that I would be lucky enough to finally get published!

3. What was your inspiration for this story?

I originally had the idea for what would eventually become Daughters of Fortune back in January 2004. I was working away from home, which meant staying alone in a hotel for six weeks. It was a pretty miserable time, and I whiled away the evenings by losing myself in books, and that made me want to write a big, escapist novel, too. I liked the idea of writing about three sisters, born into a world of privilege, but who were all very different. I was actually going to set the book around a jewelry dynasty to begin with, as Tiffany & Co. used to be one of my clients when I worked in finance, but then another author writing in the same genre used a jewelry business, so I decided on a fashion house instead.

4. Is there one daughter that you relate to the most?

Caitlin is the easiest of the characters for me to relate to, as I’d also feel very awkward if I was thrown into a wealthy family! But despite that, Elizabeth remains my favorite character. She’s a very strong, no-nonsense person, fiercely intelligent and ambitious, who isn’t afraid to go after what she wants. At the beginning of the novel, she isn’t the most sympathetic character, and she comes across as cold and uptight, but as the story moves on she reveals a more vulnerable side. I also adore her main love interest, Cole (as a lot of my female readers do!). They’re the archetypal alpha male and female—which means that while they’re very compatible, they also clash a lot, which makes for some great misunderstandings and fireworks.

5. Your characters are quite the jet-setters, living in London, Paris, New York, Los Angeles, and even Tokyo! Have you been to all of the places in which your book is set?

I’ve been lucky enough to do a lot of travelling in my life, so I have been to most of the places that I write about. I’ve lived in or around London all of my life, and I’ve been to Paris several times, and New York twice (once on business, once for pleasure). My husband also spent a year in Tokyo back in 1997/98, and I went to visit him a couple times, so I know Japan quite well, too. The only place I haven’t been to is L.A.—but I’m an avid watcher of The Hills, so I took my inspiration from there!

6. Have you ever worked in fashion? How did you go about learning about the industry?

I’ve never worked directly in fashion, but as a financier I had a number of retail clients, and the knowledge I gained from these helped me to bring to life the Melville business and gave me ideas for what could go wrong within the company. I also read some useful books during my research, including The House of Gucci by Sara Gay Forden, which gave me a feel for the rivalries within a family-run fashion house, and How Fashion Works by Gavin Waddell, which helped with the details of Caitlin’s fashion course. And the rest was just down to general knowledge and a vivid imagination!

7. How did you decide how to end the book? Did you feel it was important for most of your characters to end up in good places? What was the motivation behind Piers’s fate?

It was important to me that, despite their differences throughout the book, Elizabeth, Caitlin and Amber pulled together at the end to save the family business. I also wanted them to all have at least a shot at a happy ending. I put the three main characters through a lot of emotional ups and downs over the course of the novel, and I think readers like to feel that after all the trauma and heartbreak they could get to a good place in their lives. As for Piers—well, he obviously plays the role of the villain, and by the end of the book he’s past redemption and exhausted the reader’s sympathy, so I think it was always important for him to get his comeuppance!

8. Early praise for Daughters of Fortune has aligned you with bestselling authors like Jackie Collins and Barbara Taylor Bradford—how does that make you feel?

Both delighted and overwhelmed! I’ve always loved both of these authors, and Jackie Collins’s Chances and Barbara Taylor Bradford’s A Woman of Substance are two of my favorite novels. I’d be happy to have even a fraction of their success (and talent!).

9. Are you working on anything new? What’s your next project?

I’m currently working on my second book, as yet untitled. It’s another big canvas, sweeping novel, but this time it’s the story of a mother and daughter. The mother is a somewhat flighty, selfish character, who abandons her daughter in exchange for fame and fortune, and the book is about the impact of her actions on them both. The action starts in the 1940s, just after the World War II, and takes in everything from the golden age of Hollywood to gangsters in sixties London and the heyday of Fleet Street. There’s also a big mystery, which starts on page one and is present throughout the book, so I’m hoping that will make it a real page-turner! It should be out in Spring 2011. 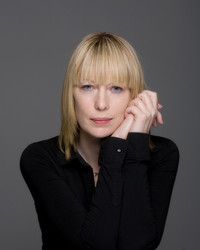 'Fans of the Bagshawe sisters, Jo Rees or any of the other “bonkbuster” authors out there, you’ll love Tara Hyland’s debut. Its story sucks you in and keeps you hooked until the last page . . . a superb read. Tara Hyland will have a great career ahead of her if this book is anything to go by!' ChickLitReviews.Com

'If you're anything like me and you tend to judge a book by the cover, then you're probably already in love with this book . . . just stunning. The prose is rich and elegant and thus matches both the setting and the cover perfectly while it also sucks the reader in. Ms Hyland can definitely write and I'd definitely like to read more by her! . . . Perfect escapism! . . . a damn enjoyable and engrossing read! Really, the pages were just turning themselves and it was all over before I even knew it!'
Bookalicious Ramblings.Net

By Tara Hyland
LIST PRICE $28.99
PRICE MAY VARY BY RETAILER