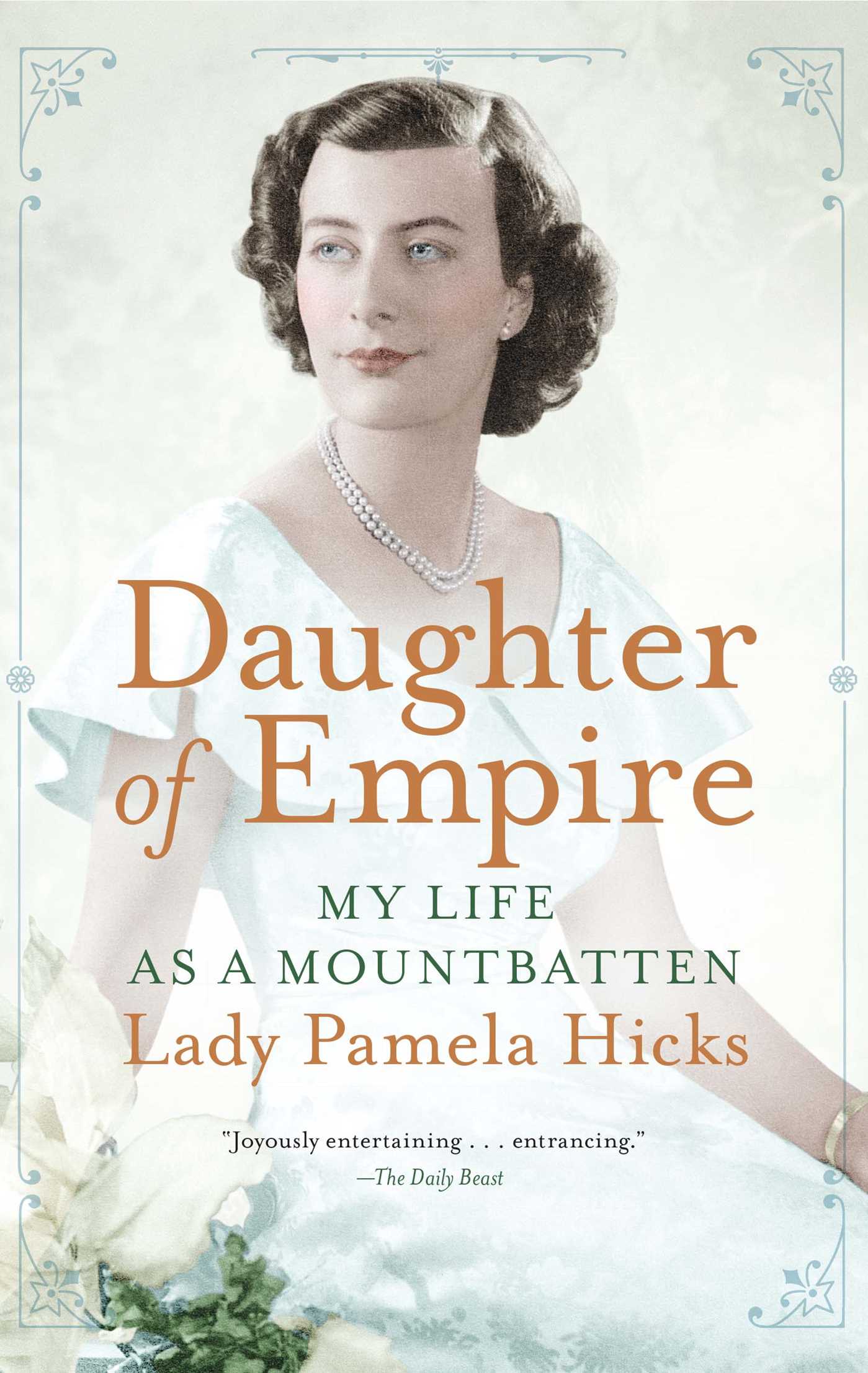 By Pamela Hicks
LIST PRICE $18.00
PRICE MAY VARY BY RETAILER

“Lady Pamela Hicks’s joyously entertaining new memoir, arguably the poshest book that ever has or will be written” (Newsweek), is a privileged glimpse into the lives and loves of some of the twentieth century’s leading figures.

Pamela Mountbatten entered a remarkable family when she was born in Madrid at the very end of the “Roaring Twenties.” Daughter of the glamorous heiress Edwina Ashley and Lord Louis Mountbatten, Pamela spent much of her early life with her sister, nannies, and servants—not to mention a menagerie of animals that included, at different times, a honey bear, chameleons, a bush baby, and a mongoose. Her parents’ vast social circle included royalty, film stars, celebrities, and politicians. Noel Coward invited Pamela to watch him film, and Douglas Fairbanks Jr. dropped in for tea.

However when war broke out Pamela and her sister were sent to New York to live with Mrs. Cornelius Vanderbilt, while the prime minister appointed her father to be the last Viceroy of India. Amid the turmoil, Pamela came of age, meeting the student leaders who had been released from jail, working in the canteen for Allied forces and in a clinic outside Delhi. She also developed a close bond with Gandhi and Jawaharlal Nehru.

“If you are addicted to Downton Abbey, chances are that you will relish Daughter of Empire, a British aristocrat’s memoir of her childhood and coming of age…She is also a keen observer of a way of life now vanished, except on PBS” (The Wall Street Journal). “Not many people remain who can tell stories like Lady Pamela Hicks” (Vanity Fair). 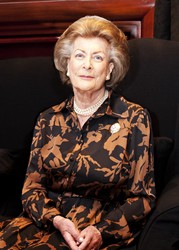 Pamela Hicks is the daughter of Lord Louis and Edwina Mountbatten. She was Lady-in-Waiting to the Queen both when she was a princess and following her coronation. In 1960 she married the internationally celebrated designer David Hicks. She is the author of India Remembered and lives in Oxfordshire.

"Joyously entertaining...In what is arguably the poshest book that ever has or will be written, Hicks remembers it all with immense charm, wit, and brio, capturing a bygone world of country estates, glass cigarette holders kept in a petticoat pocket, sapphire-studded powder compacts, dials on bedroom dorrs turned to indicate when you'd like to be woken with tea and biscuits, and enough pets to populate an exotic zoo....entrancing."

"Lady Pamela's page-turner of a life...an account of a childhood and adolescence spent amid grandeur and grandees...compelling."

"Not many people remain who can tell stories like Lady Pamela Hicks...."

"The story of Lady Hicks, who lived the kind of life we think of as only existing in books and movies, with nannies, governesses and all the trappings of the English elite....Many fans of Downton Abbey will certainly enjoy it."

“Lady Pamela’s memoir will appeal to those who like to take a peek into the lifestyles of the royal and famous. Underneath the glamour and glitz, this brief autobiography has a bit more substance, since Hicks was the daughter of Lady and Lord Mountbatten, cousin-in-law to Queen Elizabeth II, and an eyewitness to and a participant in some of the most momentous events of the twentieth century (especially from a British perspective). Of special note is her description of life in India during the transition to independence and her role as lady-in-waiting to the Queen during the royal world tour of 1954. Rather than exercising the 'poor little rich girl' approach popular with many emotionally neglected daughters of fortune, Hicks adopts a more sanguine tone, reveling in the rich texture of her life and experiences.”

"Pamela Mountbatten has had a front row seat at many extraordinary historical events and, as this wonderfully entertaining memoir shows, the privilege has not been wasted on her. Her wry, intimate portraits of royals, politicians, and Hollywood stars are a joy to read."

"This is a book which will give pleasure to everyone who reads it."

“Imagine Downton Abbey meets Oscar Wilde. Now read Daughter of Empire: Life as a Mountbatten by Pamela Hicks, one of the most intimate accounts of turbulent domestic life in the shadow of world-altering events. . . . Two beautiful people, many continents, World War II, lots of distractions, and even more name-dropping. . . . What’s not to love?”

"A glance at court life from the Mountbatten perspective. . . . Lady Pamela's portrait of her upbringing by two remarkable parents is affectionate and spirited."

“A uniquely intimate glimpse of the Queen few really know. In this captivating memoir, her cousin reveals a playful and surprisingly emotional woman.”

By Pamela Hicks
LIST PRICE $18.00
PRICE MAY VARY BY RETAILER