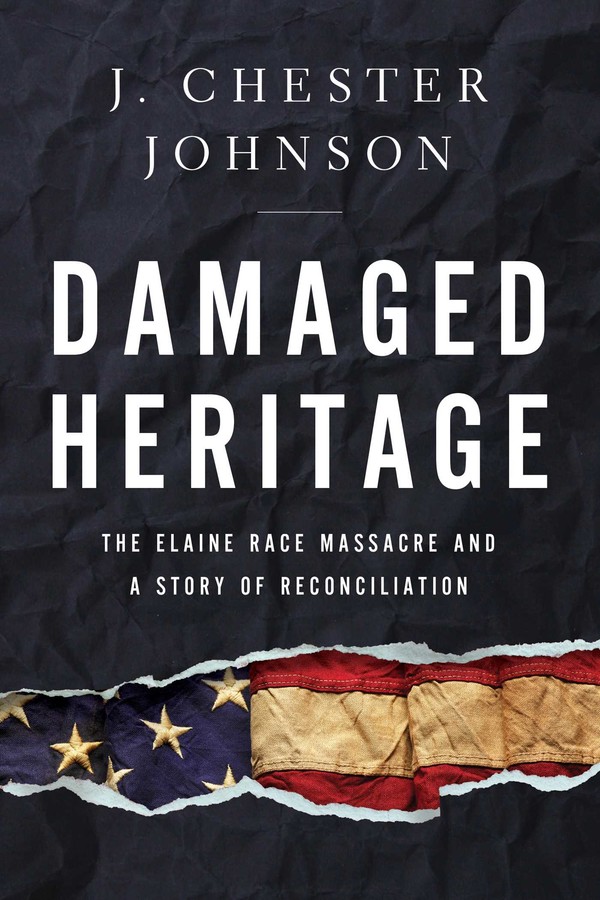 The Elaine Race Massacre and A Story of Reconciliation

An illuminating journey to racial reconciliation experienced by two Americans—one black and one white.

The 1919 Elaine Race Massacre, arguably the worst in our country’s history, has been widely unknown for the better part of a century, thanks to the whitewashing of history. In 2008, Johnson was asked to write the Litany of Offense and Apology for a National Day of Repentance, where the Episcopal Church formally apologized for its role in transatlantic slavery and related evils.

In his research, Johnson came upon a treatise by historian and anti-lynching advocate Ida B. Wells on the Elaine Massacre, where more than a hundred and possibly hundreds of African-American men, women, and children perished at the hands of white posses, vigilantes, and federal troops in rural Phillips County, Arkansas.

As he worked, Johnson would discover that his beloved grandfather  had participated in the Massacre. The discovery shook him to his core. Determined to find some way to acknowledge and reconcile this terrible truth, Chester would eventually meet Sheila L. Walker, a descendant of African-American victims of the Massacre.  She herself had also been on her own migration in family history that  led straight to the Elaine Race Massacre.  Together, she and Johnson committed themselves to a journey of racial reconciliation and abiding friendship.

Damaged Heritage brings to light a deliberately erased chapter in American history, and Chester offers a blueprint for how our pluralistic society can at last acknowledge—and deal with— damaged heritage and follow a path to true healing.

J. Chester Johnson, the acclaimed poet, essayist, and translator, is author of the forthcoming memoir, Damaged Heritage: The Elaine Race Massacre and A Story of Reconciliation (May 5, 2020). He is the author of several celebrated poetry collections and non-fiction work and was one of two poets (the other being W. H. Auden) on the drafting committee for the retranslated Psalms in The Book of Common Prayer. Johnson also served as Deputy Assistant Secretary of the U. S. Treasury Department under Jimmy Carter and lives in New York City with his wife.

"J. Chester Johnson is of that generation of southern-born white people who came of age in the 1960s, deep in the heart of American apartheid, in hometowns they were taught to see as perfections of the American dream. Then they were tortured first by personal discovery of the white supremacist evil that suffused their idyllic worlds, then tortured by the failure of peers to make the same discovery, and finally tortured by revelations of the complicity of people they loved and admired most.  In Damaged Heritage, Johnson poignantly reveals the demons he discovered in his own life and family, ties to one of the worst racial horrors in American history, his personal anguish, and his efforts to make amends and fill a desperate empty place in our hearts. Only a poet can see this clearly, be this honest, and still hope this much.”

– Douglas A. Blackmon, author of Slavery by Another Name: The Re-Enslavement of Black Americans from the Civil War to World War II, Winner of the Pulitzer Prize

“'It is not permissible,' wrote James Baldwin, 'that the authors of devastation should also be innocent... it is the innocence which constitutes the crime.' In J. Chester Johnson’s Damaged Heritage, a native son has given up that threadbare old claim to white innocence, as he grapples with a beloved grandfather’s role in the Elaine Race Massacre of 1919, in which more than a hundred African American sharecroppers were killed. This is a heartfelt and deeply personal contribution to the literature of white remembrance, and a serious reckoning with the past.”

– Patrick Phillips, author of Blood at the Root: A Racial Cleansing in America

"If you think as a culture we have reached an immovable impasse, read this book. If you hold the belief that where we’ve been doesn’t bleed into the way we live now, read this book. If you are beginning to suspect we are a people who have lost the desire to heal, read this book. J. Chester Johnson has done more than tell us a story that must be told – he has laid the healing tools in our hands, and left instructions. This is how it starts."

"Johnson is making a profound contribution to that sacred healing work with his truth telling of this long overdue story."

"Johnson poignantly tells of a personal family history that stretches from the darkest days of 1919 to a moment of grace nearly a century later, when he met with Sheila Walker. A moving and inspiring read."

– Robert Whitaker, author of ON THE LAPS OF GOD

Damaged Heritage reverberates. This is not just an Arkansas story, not just a Southern saga, but a national one. If we can achieve reconciliation and genuine relationships that span the racial gulf, then this book is a beacon of hope shining a light on that possibility.

“I read Damaged Heritage in one sitting. It’s wonderfully written, a proverbial page-turner, and the right book for the present. I sincerely hope this volume becomes a bestseller. It certainly deserves to be, not least because of its timeliness and accessibility.”

The Elaine Race Massacre and A Story of Reconciliation