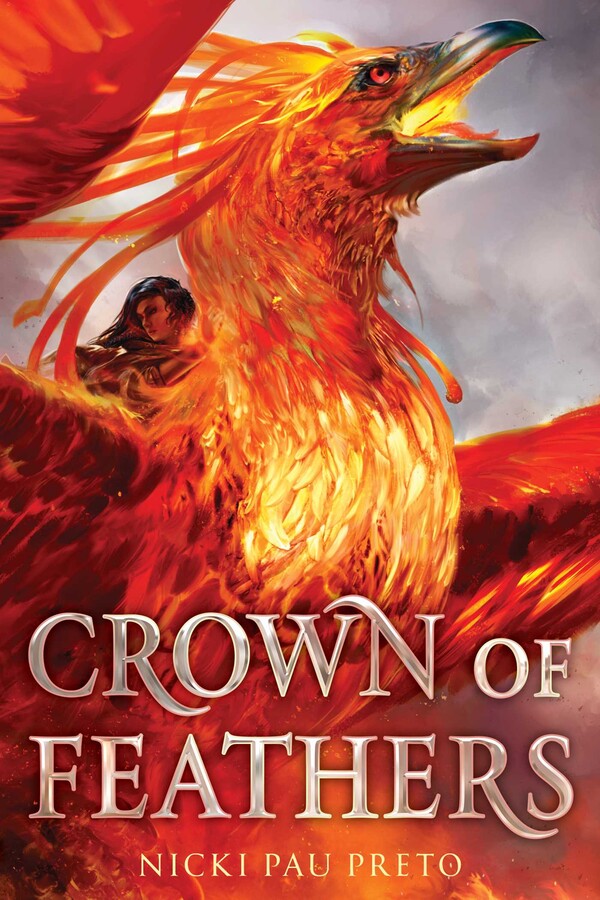 An Ember in the Ashes meets Three Dark Crowns in this lush debut fantasy novel about a girl who disguises herself as a boy to join a secret group of warriors that ride phoenixes into battle.

I had a sister, once…

In a world ruled by fierce warrior queens, a grand empire was built upon the backs of Phoenix Riders—legendary heroes who soared through the sky on wings of fire—until a war between two sisters ripped it all apart.

I promised her the throne would not come between us.

Sixteen years later, Veronyka is a war orphan who dreams of becoming a Phoenix Rider from the stories of old. After a shocking betrayal from her controlling sister, Veronyka strikes out alone to find the Riders—even if that means disguising herself as a boy to join their ranks.

But it is a fact of life that one must kill or be killed. Rule or be ruled.

Just as Veronyka finally feels like she belongs, her sister turns up and reveals a tangled web of lies between them that will change everything. And meanwhile, the new empire has learned of the Riders’ return and intends to destroy them once and for all.

Sometimes the title of queen is given. Sometimes it must be taken.

Crown of Feathers is an epic fantasy about love’s incredible power to save—or to destroy. Interspersed throughout is the story of Avalkyra Ashfire, the last Rider queen, who would rather see her empire burn than fall into her sister’s hands.

In the beginning, there was light and dark, sun and moon—Axura and her sister, Nox.

Axura ruled the day, Nox ruled the night, and together there was balance.

But Nox, ever hungry, wanted more. She began sneaking into the sky during the day, unleashing her children, the strixes, to spread shadows over the world.

To combat Nox’s devouring ways, Axura’s own children, the phoenixes, joined the fray. Only light can defeat darkness, and so they did, beating back the strixes again and again.

The war lasted centuries, and the world suffered under such a regime. But Axura was wise, and in humankind she saw not beings to rule over, but allies to fight alongside.

Atop Pyrmont’s highest peak, Axura took her phoenix form and made contact with the Pyraean communities who lived there.

“Who among you is brave and fearless?” she asked.

“There is no bravery without fear,” said Nefyra, leader of her village.

Axura was pleased with this answer and offered a trial for Nefyra to prove her worth. As a test of faith, Axura lit a fire as tall as the trees and asked Nefyra to enter the flames.

Nefyra did so, and burned alive. But her death was not the end.

She went into the fire a tribal leader and emerged as an animage, a shadowmage, and the First Rider Queen.

—“Nefyra and the First Riders,” from The Pyraean Epics, Volume 1, circa 460 BE 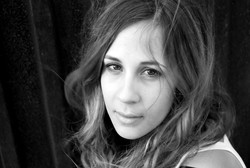 Nicki Pau Preto is a graphic designer and YA author living just outside Toronto, Canada. Her favorite stories have always been the ones that take her somewhere new, with characters she can love and worlds she can get lost in. Like all starving artists, she considers bargain shopping a competitive sport and Froot Loops a suitable meal replacement.

"Set in a world of warrior queens and their fierce phoenixes, Nicki Pau Preto's CROWN OF FEATHERS is absolutely unforgettable. It draws you in with the first flaming feather and doesn't let go. Fans of magical creatures, get in line, because I haven't loved a phoenix this much since Dumbledore's Fawkes. This is an instant favorite."

"A fierce and incendiary tale of warrior women, sisterhood, and the choices that define us, all set in a soaring new world that readers will fall in love with. I couldn’t put it down."

"A beautifully told story about justice, sisterhood, and warrior women. This richly woven world had me turning pages well into the night. Nicki Pau Preto is one to watch!"

"The unique and imaginative world of the Phoenix Riders had my rapt attention from the first sentence. Nicki Pau Preto is a bright new talent, and I can't wait to read more!"

Crown of Feathers is a feast of magic, action, and romance. An immersive, deeply satisfying fantasy that will stay with you long after the story is finished. Nicki Pau Preto is an author to watch!

"This is a new twist on fantasy favorites, and Pau Preto’s first novel is as ambitious as it is lyrical."

"An action-packed adventure that will leave fans of epic fantasies eager to find out more."

"The well-paced plot is chock-full of shocking revelations, betrayals, and moments of empowerment in the face of adversity that give this novel an epic scope and set up the beginning of a promising book series."

"Crown of Feathers is epic in the truest sense...it's the perfect series kickoff."