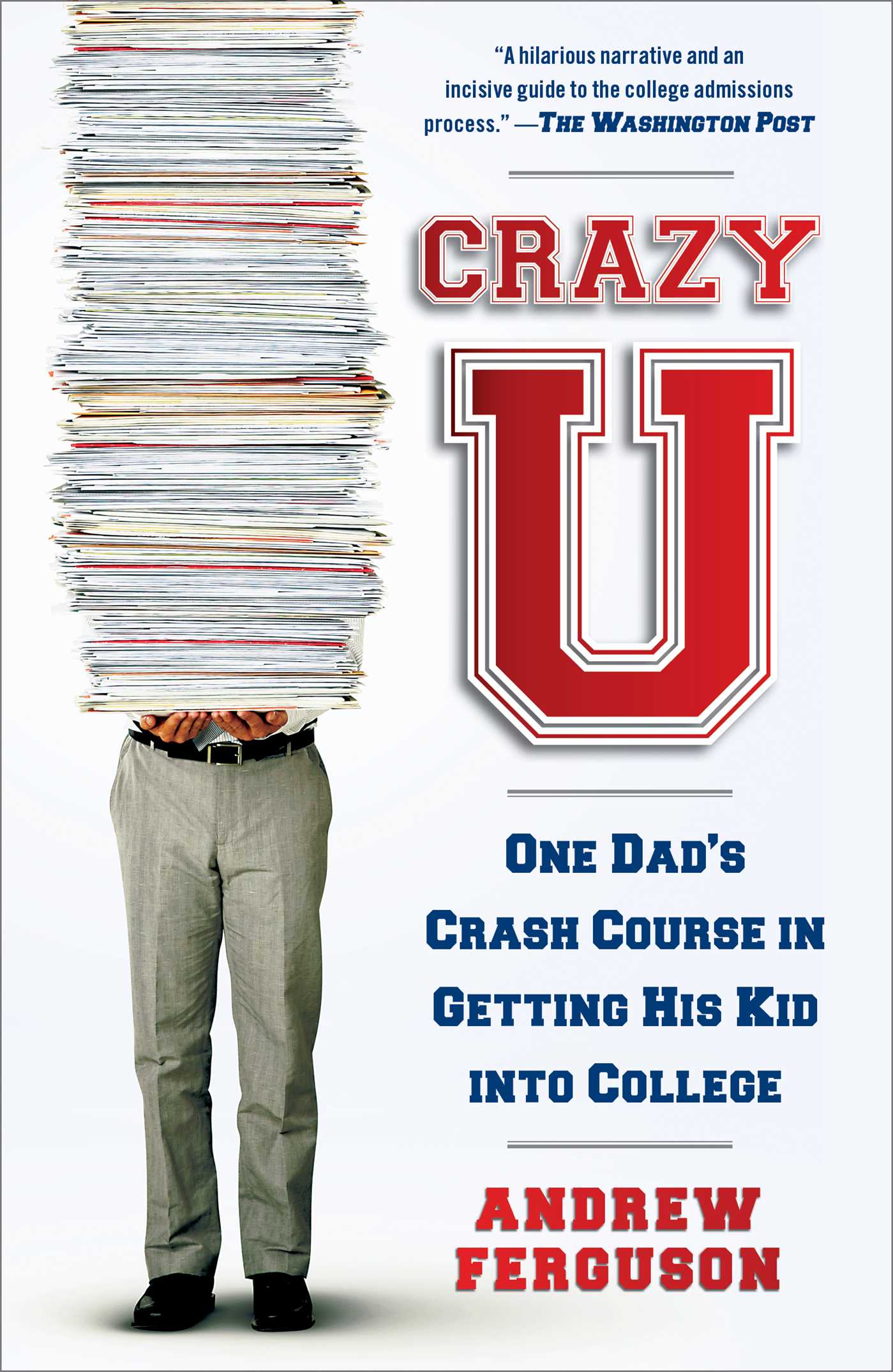 One Dad's Crash Course in Getting His Kid Into College

By Andrew Ferguson
LIST PRICE $11.99
PRICE MAY VARY BY RETAILER

The cutthroat competition to get into the perfect college can drive students to the brink of madness and push their parents over the edge—and bury them in an avalanche of books that claim to hold the secret of success. Don’t worry: Crazy U is not one of those books. It is instead a disarmingly candid and hilariously subversive chronicle of the journey that millions of parents and their children undertake each year—a journey through the surreal rituals of college admissions. It’s a rollicking ride from the man Christopher Buckley has called “my all-time favorite writer.”

Pummeled by peers, creeped out by counselors, and addled by advice books, Andrew Ferguson has come to believe that a single misstep could cost his son a shot at a happy and fulfilling future. He feels the pressure to get it right from the moment the first color brochures land in his mailbox, sent from colleges soliciting customers as though they were sailors come to port.

First is a visit with the most sought-after, most expensive—and surely most intimidating—private college consultant in the nation. Then come the steps familiar to parents and their college-bound children, seen through a gimlet eye: a session with a distracted high school counselor, preparations for the SAT and an immersion in its mysteries, unhelpful help from essay coaches and admissions directors, endless campus tours, and finally, as spring arrives, the waiting, waiting, waiting for the envelope that bears news of the future.

Meanwhile, Ferguson passes on the tips he’s picked up during their crash course. (Tip number 36: Don’t apply for financial aid after midnight.) He provides a pocket history of higher education in America, recounts the college ranking wars, and casts light on the obscure and not-terribly-seemly world of higher-education marketing. And he dares to raise the question that no one (until now) has been able to answer: Why on earth does it all cost so much? Along the way, something unexpected begins to happen: a new relationship grows between father and son, built from humor, loyalty, and (yes) more than a little shared anxiety. For all its tips and trials, Crazy U is also a story about family. It turns out that the quiet boy who pretends not to be worried about college has lots to teach his father—about what matters in life, about trusting your instincts, about finding your own way. In launching his son into the world, 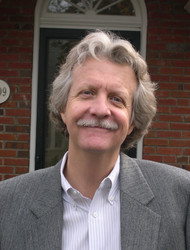 Andrew Ferguson, a senior editor at the Weekly Standard, is the author of Fools’ Names, Fools’ Faces, a collection of essays, and Land of Lincoln, named by the Wall Street Journal and the Chicago Tribune as a Favorite Book of the Year. Formerly a senior writer for the Washingtonian magazine, he has been a contributing editor to Time magazine, as well as a columnist for Fortune, TV Guide, Forbes FYI, National Review, Bloomberg News, and Commentary. He has also written for the New Yorker, New York magazine, the New Republic, the American Spectator, the Los Angeles Times, the New York Times, the Washington Post, and many other publications. In 1992, he was a White House speechwriter for President George H.W. Bush. He lives in suburban Washington, D.C., with his wife and two children.

“A laugh-until-your-ribs-squeak book.”
—George Will

“Compulsively readable, unusually vivid . . . The most darkly humorous aspect of this often hilarious book is its depiction of an admissions process that corrupts everything it touches.”
—Daniel Akst, The Wall Street Journal

“In Crazy U, Ferguson is at his dazzling best, using humor and narrative as portals to very serious subjects. The book is both a hilarious chronicle of his 18-month ordeal helping his not-always-cooperative son apply to college and a devastating exposé of the buying and selling of higher education in America.”
—Christina Hoff Summers, National Review

One Dad's Crash Course in Getting His Kid Into College

By Andrew Ferguson
LIST PRICE $11.99
PRICE MAY VARY BY RETAILER