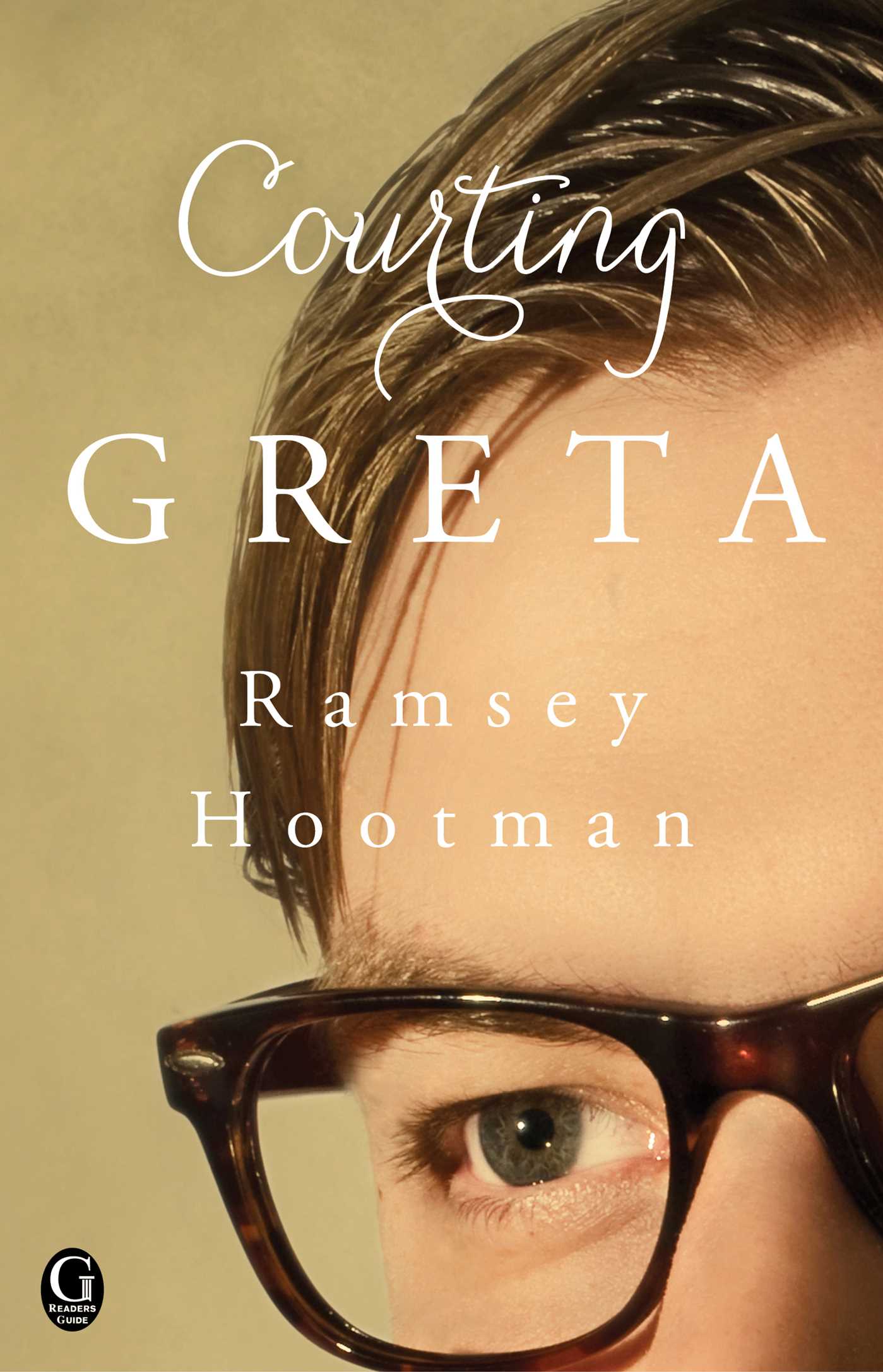 By Ramsey Hootman
LIST PRICE $15.99
PRICE MAY VARY BY RETAILER

Samuel Cooke knows most women wouldn’t give him a second glance even if he were the last man on earth. He’s the cripple with crutches, the nerdy computer genius every female past puberty feels compelled to mother. So when he leaves his lucrative career to teach programming to high schoolers, romance definitely isn’t on his radar.

Perhaps that’s why Greta Cassamajor catches him off guard. The sarcastic gym coach with zero sense of humor is no beauty—not even on the inside. But an inexplicably kind act toward Samuel makes him realize she is interesting.

Samuel is certain she won’t accept his invitation to dinner—so when she does, he’s out of his depth. All he knows is that he’ll do whatever it takes to keep her as long as he can. Pretending he’s got his class under control? Easy. Being vulnerable enough to admit why he ditched his programming career for teaching? Um, no. That would require honesty. And if there’s one thing Samuel can’t exist without, it’s the lies he tells himself.

This reading group guide for Courting Greta includes an introduction and discussion questions. The suggested questions are intended to help your reading group find new and interesting angles and topics for your discussion. We hope that these ideas will enrich your conversation and increase your enjoyment of the book.

Samuel Cooke is a prickly computer genius who’s just left his highpaying job to teach programming to high schoolers. He doesn’t believe in asking for help; he doesn’t think much of his fellow man; and he definitely doesn’t believe in love. Greta Cassamajor is the tough, take-no-prisoners gym coach no kid dares to mock—at least within hearing range. She’s got her own issues with her fellow man. An unlikely hero, Samuel only asks Greta out to prove he’s got the guts—and when she accepts, he’s out of his depth. Pretending he’s got his class under control? Easy. Being vulnerable enough to admit why he ditched his programming career for teaching? Well . . . that would require honesty. And if there’s one thing Samuel can’t exist without, it’s the lies he tells himself.


1. In Courting Greta, Samuel leaves his predictable life in Los Angeles to try teaching high school in a small town. Have you ever done something completely outside of your comfort zone? What obstacles did you encounter, and what did you take away from your experience?

2. In the opening scene, Samuel’s brother Chris asks, “Are you okay?” Discuss why this question comes up numerous times over the course of the novel. What is the answer?

3. When Samuel moves to Healdsburg, he meets a number of new people: Irving, Greg, Greta, and Maria. What assumptions does Samuel make about his new acquaintances? Specifically, how does Samuel think other people see him? Do the words and actions of these characters affirm or challenge his assumptions?

4. Physical challenges aside, what is the biggest obstacle in Samuel’s life?

5. Samuel decides Greg Moore is a good candidate for a friend because he won’t “go away, no matter how often he was brushed off or turned down.” In what other ways is Moore a good friend?

6. Both Samuel and Greta try to protect themselves. What mechanisms do they employ to keep themselves safe, and what is it that they are protecting?

7. Samuel uses the word “retard” on several occasions. Did this surprise you? Why might he choose to use a word with so many negative connotations, rather than a more politically correct term such as “mentally challenged”?

8. In what ways do expectations about traditional gender roles influence how Samuel and Greta view themselves? How does their relationship reverse or redefine those roles?

9. When Samuel learns Marcus is responsible for the pranks, he talks to him “man to man,” rather than punishing him according to standard school policy. Do you think Samuel handled the situation correctly? What else could or should he have done?

10. When Samuel asks Greta what he “does” for her, she tells him he makes her feel “pink.” What does she mean? Discuss what role Samuel fills for Greta. What does he “do” for the other female characters in the book?

11. Did you notice any recurring colors, objects, or images? What are they, and what do they represent?

12. When Samuel goes to the fair with Greta, a local doctor fails to realize they are dating. Many people with disabilities complain of being treated as asexual or non-sexual, often viewed as safe confidants rather than potential partners or rivals. Which characters do this to Samuel? How does he react? Is the situation a negative or positive experience?

13. When Greta agrees to get married, Samuel realizes her mind has been made up for some time. In your opinion, at what point in the story did Greta decide to marry Samuel?

15. What challenges will Samuel and Greta face in their marriage? Will their relationship last? 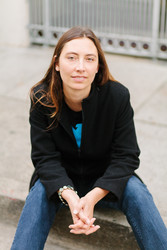 Ramsey Hootman grew up in a small Northern California town. After spending a year in China teaching Business English to adults, she went to work as a travel writer and married her own programmer. They have one child.

Hootman's terrific debut, a most unlikely romance, involves a 34-year-old crippled computer geek and a middle-aged Sue Sylvester–like gym teacher/basketball coach with a penchant for addressing him as "Mr. Cooke." Samuel Cooke joins a Northern California high school's faculty to teach programming classes after taking a 10% stake in the successful software firm that formerly employed him. Despite being warned against gym teacher Greta Cassamajor, a 46-year-old who towers over and outweighs him, he feels strangely attracted to her. Recognizing Greta's prickly nature and uncompromising attitude, Samuel nonetheless sets out to navigate a relationship with her. He has the outward social graces she lacks, but hidden underneath is fear, anger, and self-pity, particularly over the congenital birth defect that forces him to use elbow crutches and ankle braces. While Samuel faces the school's unprincipled principal, outdated computers, and difficult students, Greta proves remarkably perceptive and caring. By the end of this surprisingly sweet, if sometimes bitter, novel, Samuel has started to appreciate everyone else he has on his side, including his housekeeper, who helps him woo Greta, a nosy fellow teacher, and an old boss who advises him that "in real life, you spend a lot of time on your ass."

Samuel is a shy, withdrawn computer programmer in need of a change in his life. He thinks a new town and a teaching job will do the trick, but when he falls for Greta, the school's imposing tomboy gym teacher, he discovers that change can come from unexpected places. In this charming, unconventional first novel, an unlikely pair stumbles down a rough road of romance and self-discovery with all the emotional and physical baggage that middle age -- and disability -- can bring. VERDICT: Hootman gives the readers a refreshing, original love story about two socially awkward yet utterly fascinating people. Fans of John Green's quirky lovers in The Fault in Our Stars or this year's hot adaptation, Matthew Quirk's Silver Linings Playbook, will want to check this one out; arriving just in time for summer, it will make a perfect beach read. Highly recommended.

By Ramsey Hootman
LIST PRICE $15.99
PRICE MAY VARY BY RETAILER