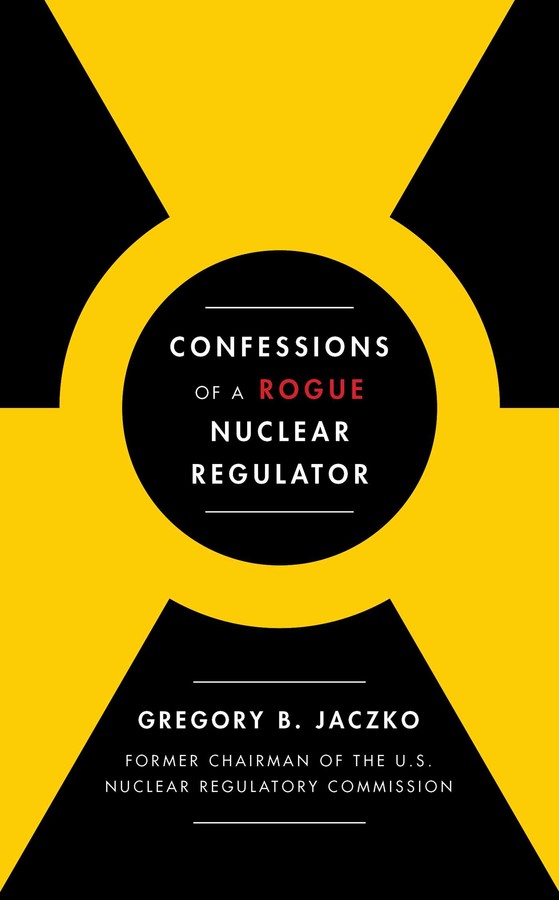 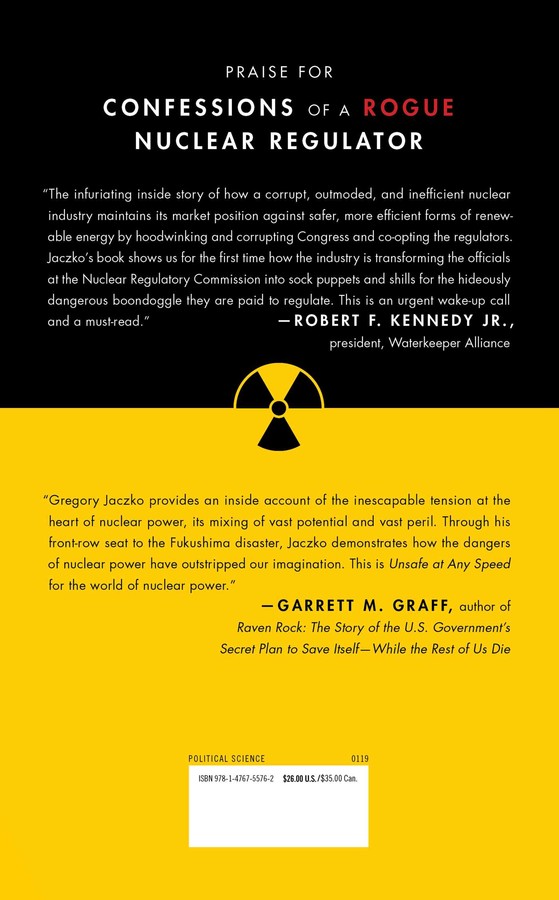 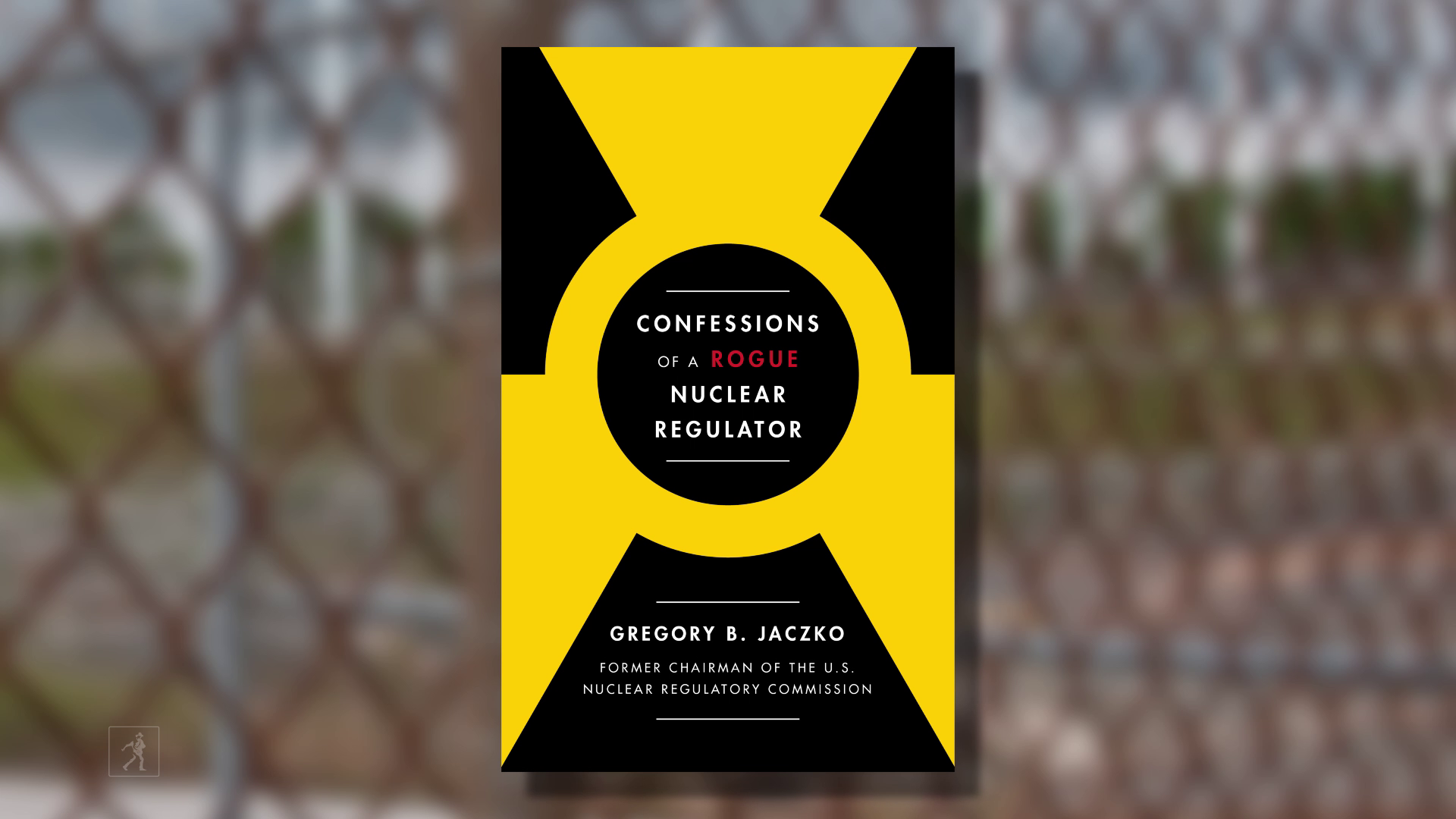 The Unacknowledged Cost of Nuclear Accidents 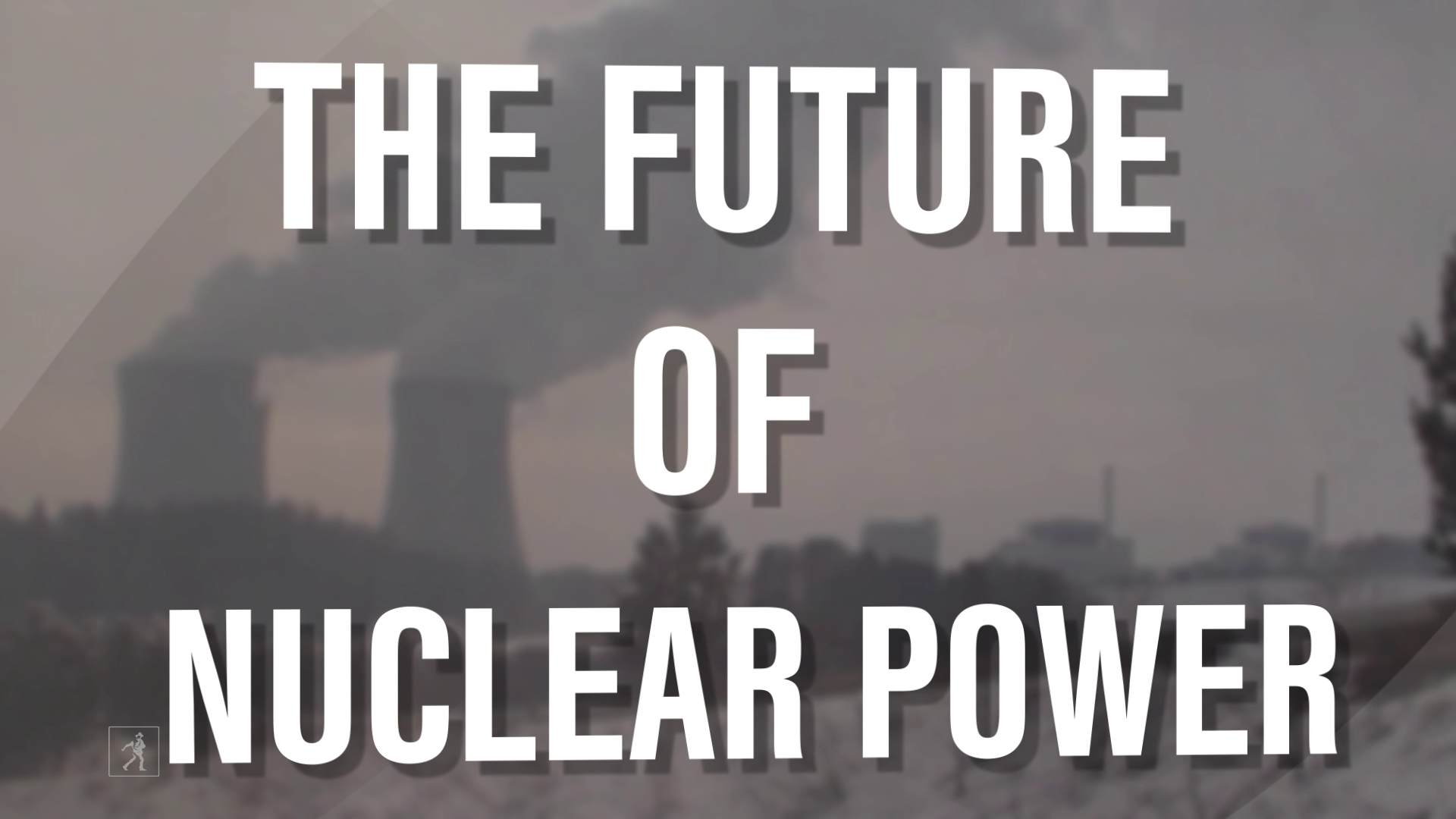 The Future of Nuclear Power

A shocking exposé from the most powerful insider in nuclear regulation about how the nuclear energy industry endangers our lives—and why Congress does nothing to stop it.

Gregory Jaczko had never heard of the Nuclear Regulatory Commission when he arrived in Washington like a modern-day Mr. Smith. But, thanks to the determination of a powerful senator, he would soon find himself at the agency’s helm. A Birkenstocks-wearing physics PhD, Jaczko was unlike any chairman the agency had ever seen: he was driven by a passion for technology and a concern for public safety, with no ties to the industry and no agenda other than to ensure that his agency made the world a safer place.

And so Jaczko witnessed what outsiders like him were never meant to see—an agency overpowered by the industry it was meant to regulate and a political system determined to keep it that way. After an emergency trip to Japan to help oversee the frantic response to the horrifying nuclear disaster at Fukushima in 2011, and witnessing the American nuclear industry’s refusal to make the changes he considered necessary to prevent an equally catastrophic event from occurring here, Jaczko started saying aloud what no one else had dared.

Confessions of a Rogue Nuclear Regulator is a wake-up call to the dangers of lobbying, the importance of governmental regulation, and the failures of congressional oversight. But it is also a classic tale of an idealist on a mission whose misadventures in Washington are astounding, absurd, and sometimes even funny—and Jaczko tells the story with humor, self-deprecation, and, yes, occasional bursts of outrage. Above all, Confessions of a Rogue Nuclear Regulator is a tale of confronting the truth about one of the most pressing public safety and environmental issues of our time: nuclear power will never be safe.

Confessions of a Rogue Nuclear Regulator PROLOGUE
I never planned to be in a position to tell this story. A trained physicist, a Birkenstock-wearing PhD still amazed that a few simple equations could explain something as extraordinary as the northern lights, I never intended to become a nuclear regulator.

Before I came to Washington, I had never heard of the Nuclear Regulatory Commission. There are no television shows or movies with dashing federal agents rushing into a nuclear power plant with blue blazers flashing NRC logos. But because of a powerful politician and a right-place-at-the-right-time kind of timing, I became not only a nuclear regulator but the head of the agency.

This is how my first conversation with Harry Reid, the second most powerful Democrat in the Senate, who eventually got me on the commission, went back in 2001 when I was interviewing for a job in his office.

As we sat down in his office, he said, in a soft, raspy voice, “I would like you to come work for me.”

“You are a physicist, right?”

“Tell me the name of your PhD dissertation.”

“?‘An Effective Theory of Baryons and Mesons.’?”

He stood up abruptly and asked, pointing at the window, “What do you think of my view?”

And so I started down the path that would eventually get me the job of commissioner, landing me inside the secret corridors of the agency charged with regulating the nuclear industry. I felt like Dorothy invited behind the curtain at Oz. Then, in another unlikely development for a guy with untested political skills and his basic idealism still intact, I became the agency’s chairman.

The problem was that I wasn’t the kind of leader the NRC was used to: I had no ties to the industry, no broad connections across Washington, and no political motivation other than to respect the power of nuclear technology while also being sure it is deployed safely. I knew my scientific brain could stay on top of the facts. I knew to do my homework and to work hard. But I could also be aggressive when pursuing the facts, sometimes pressing a point without being sensitive to the pride of those around me. This may have had something to do with why I eventually got run out of town. But I also think that happened because I saw things up close that I was not meant to see: an agency overwhelmed by the industry it is supposed to regulate and a political system determined to keep it that way. I saw how powerful these forces were under the generally progressive policies of the Obama administration. These concerns are even more pressing under the Trump administration, in which companies have even more power. I was willing to describe this out loud and to do something about it. And I was especially determined to speak up after the nuclear disaster at Fukushima in Japan, which happened while I was chairman of the NRC. This cataclysm was the culmination of a series of events that changed my view about nuclear power. When I started at the NRC, I gave no thought to the question of whether nuclear power could be contained. By the end, I no longer had that luxury. I know nuclear power is a failed technology. This is the story of how I came to this belief. 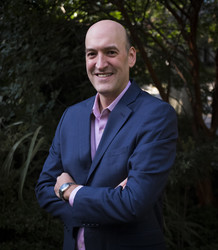 Dr. Gregory Jaczko served as Chairman of the US Nuclear Regulatory Commission from 2009–2012, and as a commissioner from 2005–2009. As Chairman, he played a lead role in the American government’s response to the Fukushima nuclear accident in Japan. Jaczko is now an adjunct professor at Princeton University and Georgetown University, and an entrepreneur with a clean energy development company. He is the author of Confessions of a Rogue Nuclear Regulator.

“[A] highly intriguing, intellectually stimulating and political powder keg of a book.”

“Gregory Jaczko provides an inside account of the inescapable tension at the heart of nuclear power, its mixing of vast potential and vast peril. Through his front-row seat to the Fukushima disaster, Jackzo demonstrates how the dangers of nuclear power has outstripped our imagination. This is Unsafe at Any Speed for the world of nuclear power.”

– Garrett M. Graff, author of Raven Rock: The Story of the U.S. Government's Secret Plan to Save Itself - While the Rest of Us Die

“I love Jaczko’s book... It’s a passionate and personal account of what happens to honest bureaucrats trying to use science and the government in the public interest. It’s also a riveting true story, well-written, insightful, very timely, and extremely important.”

“Former Nuclear Regulatory Commission Chairman Gregory Jaczko is going on the offensive to explain why nuclear energy is nowhere near a perfect solution to the climate crisis.... [Jaczko makes] a compelling argument, and anyone who may be warming to nuclear energy in the fight to reverse climate change should examine it.”

“Confessions of a Rogue Nuclear Regulator is one part engrossing memoir and another part seething diatribe, depicting a government agency that routinely caves to industry pressure.... Jaczko’s account will become standard reading as an antinuclear book.”

“The infuriating inside story of how a corrupt, outmoded, and inefficient nuclear industry maintains its market position against safer, more efficient forms of renewable energy by hoodwinking and corrupting Congress and co-opting the regulators. Jaczko’s book shows us for the first time how the industry is transforming the officials at the Nuclear Regulatory Agency into sock puppets and shills for the hideously dangerous boondoggle they are paid to regulate. This is an urgent wake-up call and a must-read.”

“Jaczko argues persuasively that he was fighting a losing battle with industry lobbyists, pro-nuclear congressional members, and even his commission colleagues. This is a well-written memoir from an insider with a powerful message: nuclear power can never be made completely safe, and defining safety is as political as it is scientific. Jaczko's forthright 'confessions' will help raise awareness on this crucial issue.”

“A very important read for all interested in nuclear safety.”

“Jaczko’s book provides insights into the politics behind… skewed analyses and suggests that a reform-minded Congress might usefully look into the NRC’s regulatory process.”