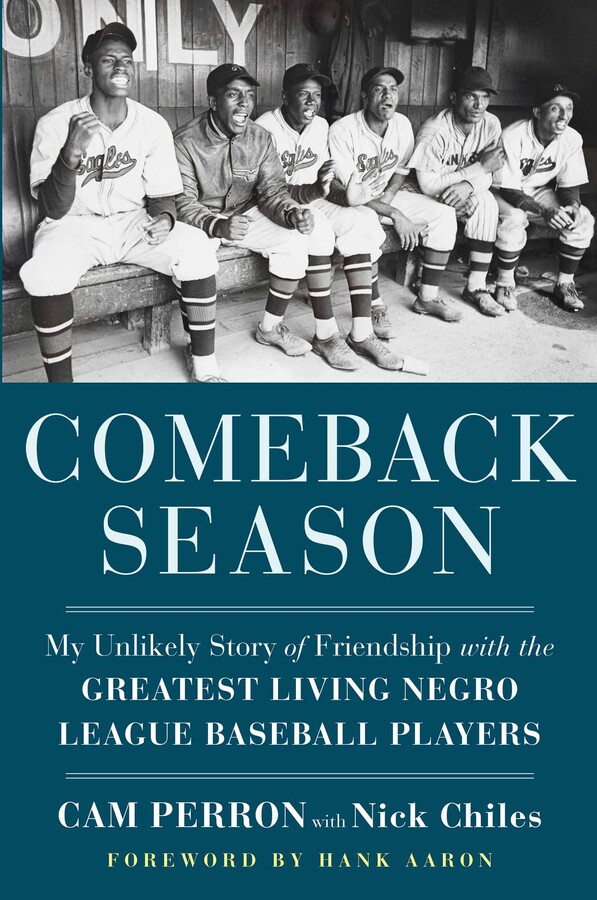 The extraordinary, unlikely, and inspirational true story of the friendships formed between Cam Perron—a white, baseball-obsessed teenager from Boston—and hundreds of former professional Negro League players, who were still awaiting the recognition and compensation that they deserved from Major League Baseball more than fifty years after their playing days were over.

Cam Perron wasn’t the only kid at his suburban Boston middle school in the early 2000s who loved baseball, but he was the only one who asked for stamps and piles of envelopes for Christmas so that he could write letters to players. He requested signatures from Major League superstars, and almost never heard back. Then, a set of Topps baseball cards including several players from the Negro League caught his eye. It was the first time many of those players had ever been featured on a trading card.

Cam started researching the Negro Leagues and directing his letters to former Negro League players. To his amazement, many players quickly wrote back. He became obsessed with tracking down unacknowledged former Negro Leaguers who had been left out of baseball’s history books and online reference pages, or, in some cases, were not even known to be alive. By the end of the seventh grade, he was talking on the phone with former players, often for two to three hours per day, and by the time he was fifteen, he had gotten in touch with well over three hundred former pros. He helped organize an annual players reunion in Birmingham, Alabama (now celebrating its tenth year). More rewardingly for Cam, he learned that players had start talking to each other again, rekindling relationships with old teammates they hadn’t spoken to in ages.

Then, Cam found out about a pension program by Major League Baseball that offered funds to those who could prove they’d played upwards of four years in the Negro Leagues. Using his skills as a researcher, Cam set off on a mission to find historical documentation in the form newspaper clippings, programs, and box scores. Ultimately, he helped dozens of his friends secure life-changing pensions and back-pay from the MLB, often in amounts of more than $100,000.

This is the personal story of Cam Perron and his friends, of the discrimination and racism that led to elite black players being excluded from white professional baseball leagues all the way up to and past Jackie Robinson’s MLB debut, and of the experiences and lessons these unsung ballplayers have shared with him.

Cam Perron has been featured on two episodes of Real Sports with Bryant Gumbel and as a TED speaker. In 2017, he was granted the Hilda Award by the Board of Directors of the Baseball Reliquary for distinguished service to the game of baseball. Cam currently runs an ecommerce business selling sports and entertainment memorabilia, and lives in Los Angeles.