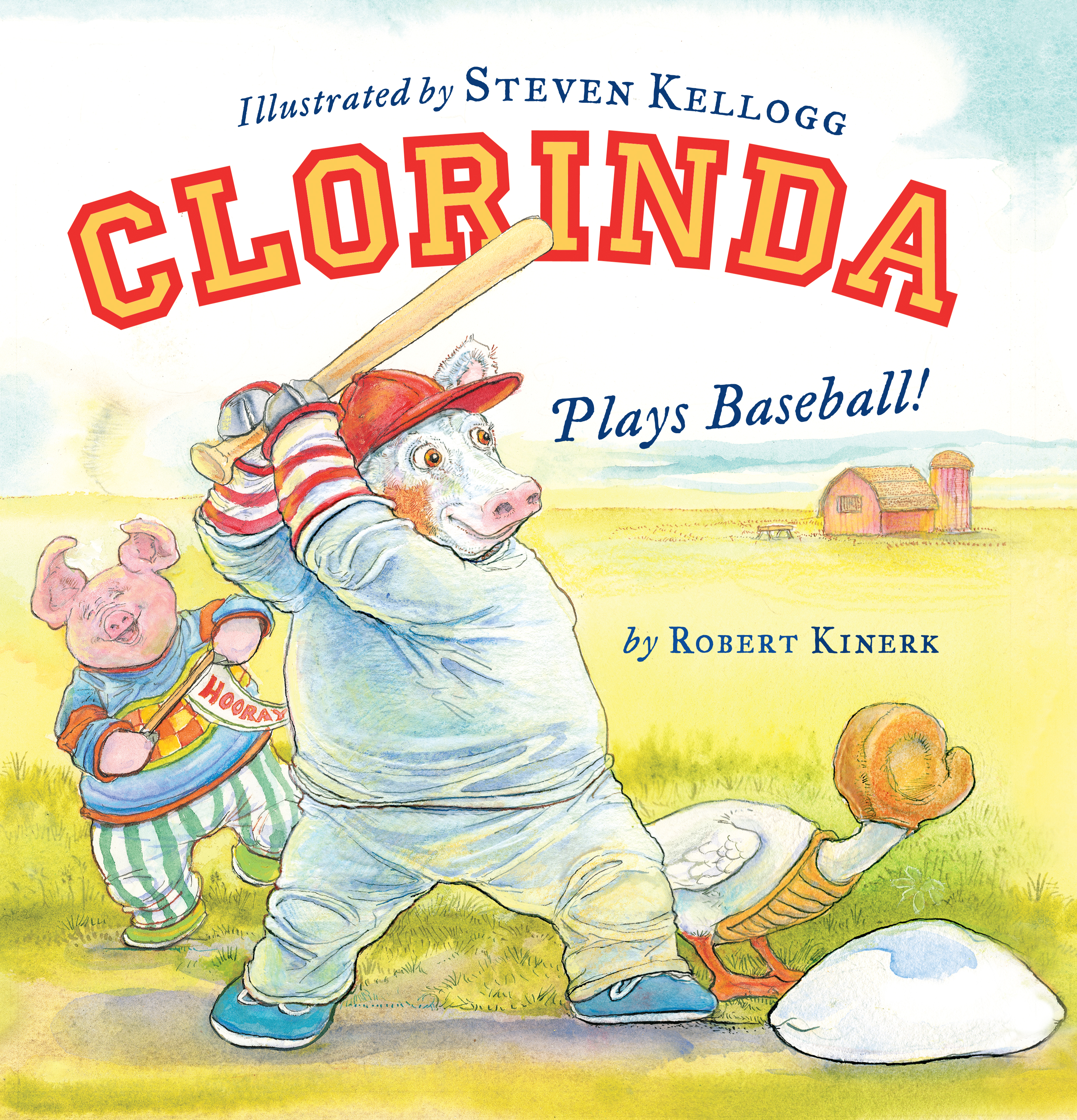 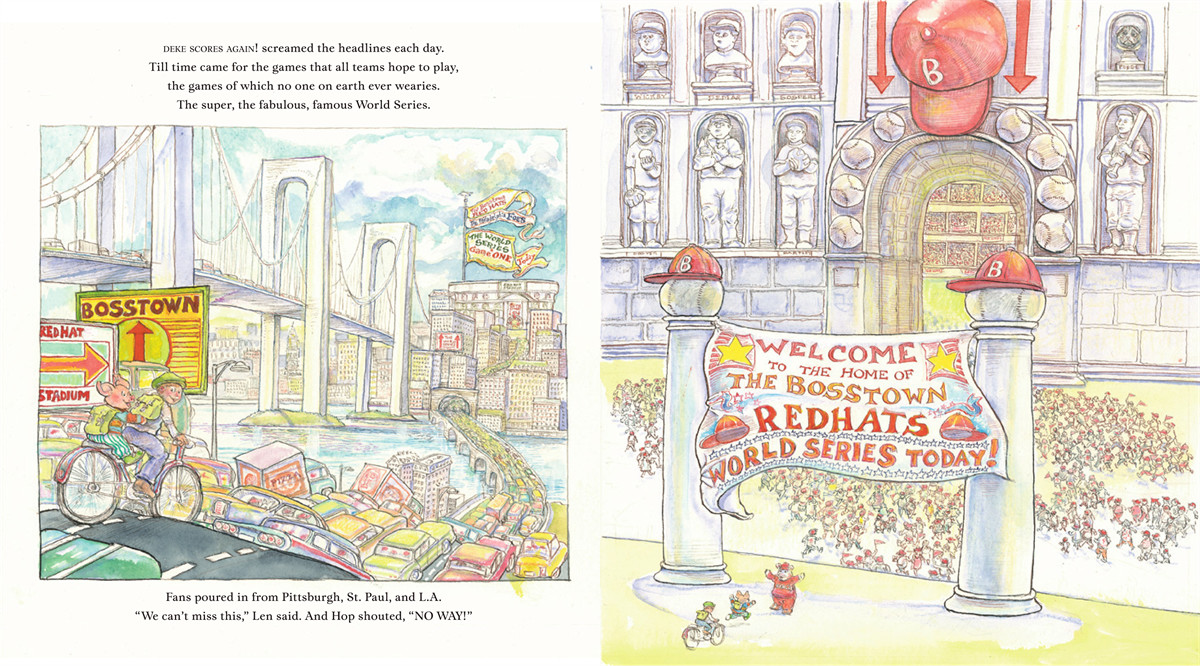 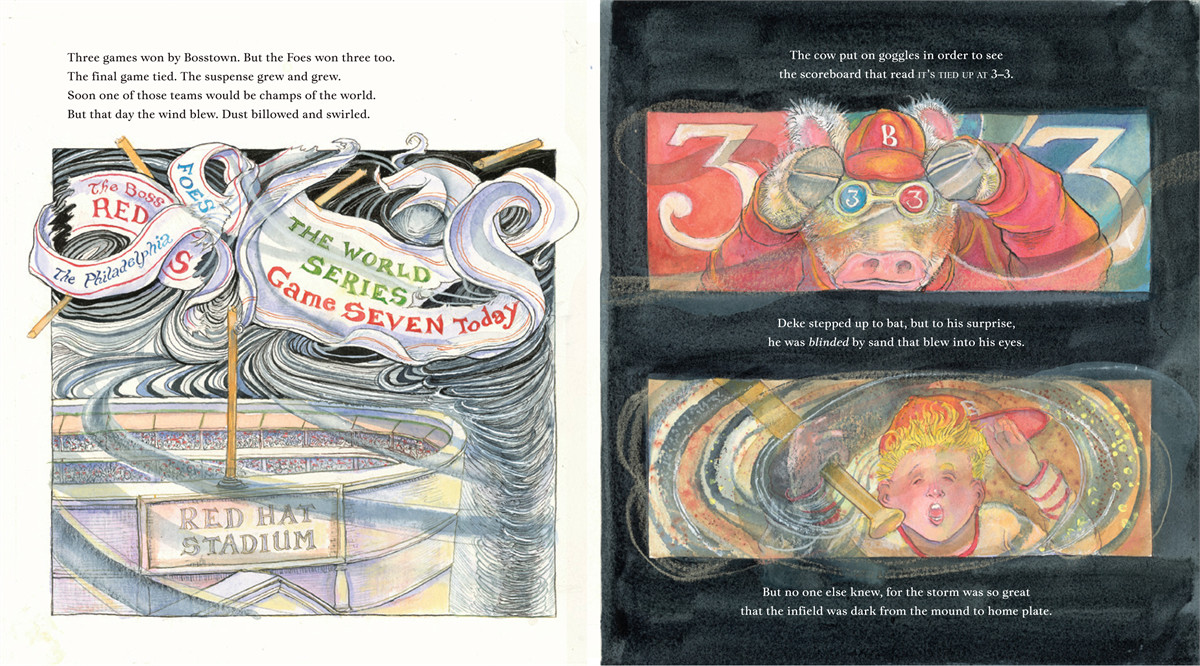 Clorinda the irrepressible cow is back! This time the bovine’s at bat for her favorite team, the Red Hats of BossTown. And the rival team is in trouble…because when Clorinda steps up to the plate—it’s a win for the home team for sure!

Whimsical, rhyming text from Robert Kinerk paired with humorously detailed illustrations from acclaimed illustrator Steven Kellogg,makes for a charming tale of teamwork that reinforces the importance of self esteem. 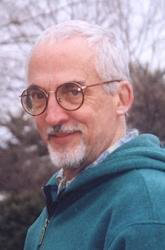 Robert Kinerk is the author of Clorinda, illustrated by Steven Kellogg, which was an IRA Children's Book Award Notable Book, and about which Booklist said in a starred review, "Much applause for Clorinda." Mr. Kinerk grew up in Alaska and has worked as a journalist and playwright. He now lives with his wife, Anne, in Cambridge, Massachusetts.

Steven Kellogg is the beloved illustrator of more than one hundred books for children including Clorinda and Clorinda Takes Flight, and he has been awarded the Regina Medal for his entire body of work. Mr. Kellogg works in an old barn overlooking Lake Champlain in Essex, New York, where he lives with his family.

By Robert Kinerk and illustrated by Steven Kellogg

In previous books about the audacious cow Clorinda, she has been a ballerina and a pilot. Next up: playing ball with the Red Hats of Bosstown. The improbable story of how Clorinda gets to “batter up” involves a pig named Hop, a farmer named Len and a shy boy, Deke, who just happens to be a crack baseball player. Kinerk’s rollicking, inventive rhymes and Kellogg’s action-packed watercolors will have children laughing even as the story touches on jealousy, disappointment, thwarted ambition and that great unsung hero, the supporting player.

PreS-Gr 2–Through a rhyming text, children take a joyous romp on and off the baseball diamond, learning to be better friends along the way. Clorinda the cow dreams of playing for the Bosstown Red Hats and works with several animals and human neighbors to find their places on the field or in the stands. First, she helps her friend Hop, a pig, find his true calling, and then teaches Deke, a neighbor boy, to play the game and launches him into the big leagues. Kellogg uses his signature style to capture the action and the personalities. Vibrant watercolor illustrations dance across the barnyard and the stadium, capturing the characters’ delightful expressions and moods on every page. Predominant themes include sports, friendship, coaching, self-confidence, and helping others achieve their dreams, even if it means subverting one’s own. This book is certain to be loved by both listeners and readers alike. --School Library Journal, March 2012

"As in the previous Clorinda books, Kinerk's couplets are buoyant ("One day he knocked/such a powerful fly,/it bounced off a copter/just then whumping by"), and his plotting is over-the-top; Kellogg's characteristically expressive, gold-infused illustrations have no trouble keeping pace." --Publishers Weekly, February 6, 2012

"Kinerk’s easy, breezy verse, with some wonderfully inventive rhymes, moves the story along at a breathless pace, with one madcap event after another. See a home run that knocks a storm out of the park, and be amazed at a cow that pilots a helicopter. It’s over-the-top baseball fantasy, but there’s also friendship and loving selflessness. Kellogg’s signature cartoon watercolors and text placement vary pleasingly in layout. As always, they not only match the plot but add layers of details and special effects.
Hilarious and joyful; hooray, Clorinda." (Picture book. 3-9) --Kirkus Reviews, February 1, 2012