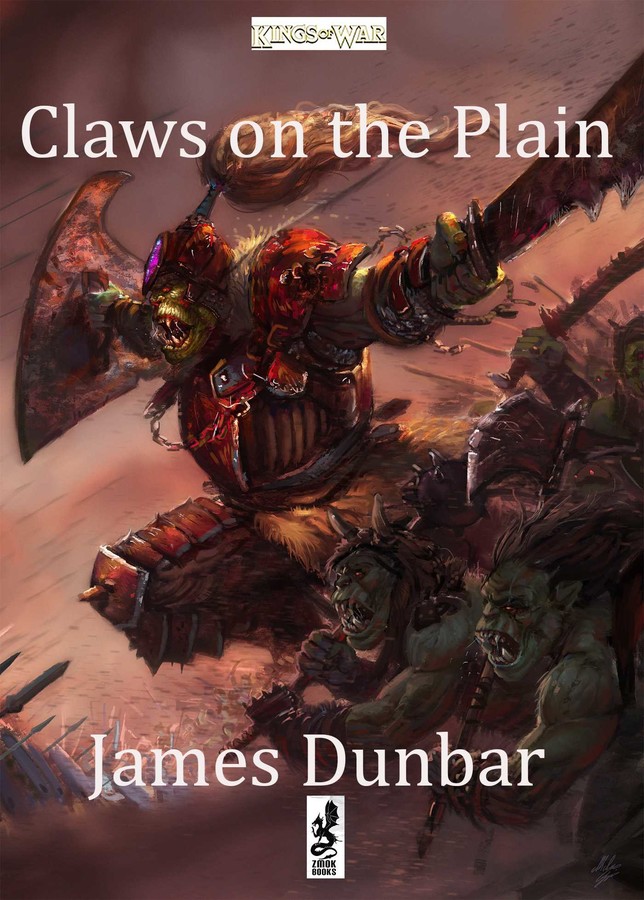 Claws on the Plain

Part of Kings of War
By James Dunbar
LIST PRICE $16.00
PRICE MAY VARY BY RETAILER

Mantica has changed. With the drowning of the Abyss, the crisis in the East is over, a victory made possible by an alliance of peoples beneath the Green Lady’s banner. Galahir is saved, the Great Cataract remains unclaimed, and the Ahmunite fleet rests eternal in the depths of the Infant Sea.

The West tells a different story. Scarcely noticed by the Lady’s alliance, a massive orc invasion surged across the Ardovikian Plain. Against this green tide, the men and women of the Successor Kingdoms stood alone (with the exception of a little hired help). Rising boldly to the challenge, they united in the construction of a Great Wall along the Southern Plain, from which their armies decisively drove the orcs out of Ardovikia. It was a grand victory, and in its wake are those who talk of a new and glorious age in the West.

Standing at the precipice of a new era is little comfort to Uslo Dargent, general of the mercenary company Dargent’s Claws. Known to his men as ‘the Silver Cat’, Uslo’s posting was uneventful during the war, and now, eight months after its end, it is nothing less than utter tedium. Denied a place in the defining conflict of his lifetime, Uslo itches for glory.

Not everything about the war was quite so enviable. The Young Kingdoms of the Plain are devastated, unaided or exploited by the Successor Kingdoms; the roaming Plainsmen of Ardovikia, having fled south to escape the orcish swarm, find themselves trapped beyond the Wall, forced into serfdom for Southern Lords. In a stroke of mutual good fortune, Uslo and the Ardovikians discover that their desires are aligned. The indentured Plainsmen wish for a return to their northern home and will need help crossing the Wall. In exchange, they promise to lead Uslo to something far more valuable than the glories of war – treasures from the age of Primovantor!

However, events in the east are not as distant as they might seem. Another has his eyes on the Plain and, with an army of the dispossessed at his back, would set his claws upon it.

Two leaders seek their destiny. Both will discover they are pawns in a game far greater than they can imagine, and, on the Ardovikian Plain, both will find far more than they bargained for…

Claws on the Plain

Part of Kings of War
By James Dunbar
LIST PRICE $16.00
PRICE MAY VARY BY RETAILER

More books in this series: Kings of War