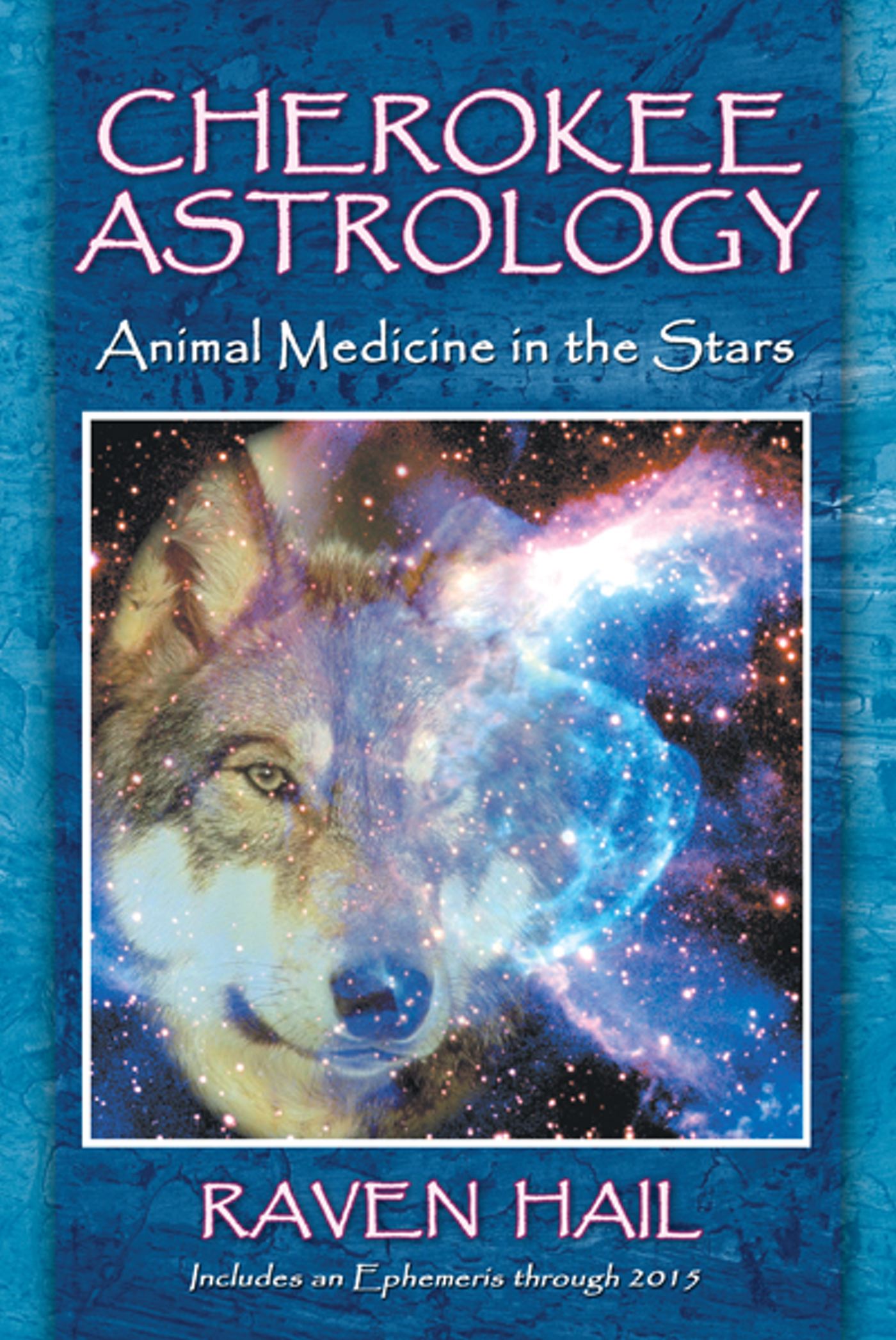 • Includes a traditional Cherokee ephemeris through 2015

An essential aspect of Cherokee religion is the belief that everything on Earth is the reflection of a star. This includes not only people and animals but also trees, rivers, stones, and mountains--all sentient beings to the Cherokee. Astrology has always played a strong role in the Cherokee tradition because of this belief, but unlike our Western system of astrology, Cherokee astrology is based on a 260-day Venus calendar, which includes 20 individual day signs and 13 numbers. It was the task of the Cherokee daykeeper to coordinate this calendar with those of the Sun and the Moon to determine the most auspicious times for ceremonies as well as to understand the star wisdom carried back to Earth by each newborn child. The day sign of a child explains his or her strengths and weaknesses; the number explains the individual’s role in the great cosmic scheme.

Raven Hail, an elder of the Cherokee nation, provides insightful descriptions for each of the twenty signs that identify characteristics of those born under a particular day sign and gives the meanings of the thirteen numbers that determine the significance of that sign in the larger scheme of life. The author has translated the traditional Cherokee ephemeris into an easy-to-use format that allows readers to quickly determine which sign rules the day of their birth and which number has influence over it.

Direction: West--Where the Wind blows free; sensitivity; compromise in relations with others, away from an accent on self.

In the Sky this Sign is represented by the constellation Galagina, the Stag--otherwise known as Taurus, the Bull. It does not include the Pleiades and Hyades Star Clusters, which were seen as separate constellations by the Cherokee. The Great Horned Sky Rabbit originally owned those beautiful horns but lost them to the Stag in a game of chance--a long, long time ago.
Deer are part of Mother Nature’s overall plan to feed The People. The first wave in the food chain is plant life: fruit, seeds, bark, leaves, and grass. Deer eat this plant life, creating a second wave in the food supply that swells to a tsunami of superabundance. The Cherokee philosophy is that Animals are our brothers; it is the purpose of their existence to feed mankind.
And thus it is with persons of this Sign: they are gatherers of food and supplies; they enjoy rituals, banquets, feasts, and ceremonials; they are charitable and giving, lighthearted and spontaneous, dispensers of hospitality, the soul of sociability.
In Cherokee thought there is no essential difference between humans and animals; in the distant past they lived and worked together in harmony, until man became so overbearing and heedless of the rights of others that the animals turned against him.
And so it is with Deer Sign persons: Though basically gentle and peace-loving, they are quick to speak up for what they know is right. They never hesitate to step boldly into any confrontation with those who infringe on their territory or who trample on the rights of others. They are concerned with family and social integrity; they have an urge to set things right. This tends to upset the apple cart and result in turbulent and frustrating relationships.
But for the most part, this Sign practices passive domination, a kind of “iron fist in a velvet glove” philosophy. Here is one who just never seems to understand any other way than their own way, who acts as if that is how things are, were, and are going to be--a kind of folk magic that is remarkably effective over the long haul.
The masculine characteristics of Deer come out at the mating season. A Stag in rut is equated, in one of the sacred formulas, with a Storm, the force behind wind, clouds, rain, thunder, and lightning, raging up and down the mountainside, tossing and trampling everything in his path. Horns are a universal symbol of virility. The growth of antlers in the rainy season (all forms of Water are masculine) corresponds to his aggressiveness. His antlers drop off in the hot, dry season (Sun and Fire are feminine), and with them goes the compulsive competitive urge.
So goes the human cycle of storm alternating with fair weather for this Sign; it is not so easy to tell what triggers these mood changes--possibly a swing between physical and spiritual. For this Sign is in a sense indicative of the Beginning and the End: a gateway between one state of existence and another. This means change.
Beneath the surface these personalities struggle with freedom versus security issues. They often leave home at an early age to establish their own independent lives. However, family ties are rarely severed. There is ever an urge to take off for parts unknown, possibly to relocate, along with the desire for the security of home and family. The struggle with this conflict leads them to unique solutions; they often become innovators of somewhat unconventional personal lifestyles. Frequently, they have unusual interests that are of an investigative or searching nature. They are known for breaking the rules peacefully out of necessity.
Whatever the inner turmoil, this Sign is always aware of what is going on roundabout and alert to opportunities that arise. This includes a fine-honed sense of difficulties and dangers.
Persons of this Sign are artistic and inspiring. They are inclined to dabble in the arts: writing, painting, music. Although ready to fight for the rights of others, they have a supersensitivity that imposes a reluctance to bare their own souls for critical review.

Do not confuse the tools you gather about you with what is doing the work. The tool is not the power; the power is you and the light that flows through you. Darkness is only the absence of light; let the light shine through. Lighten up your life; develop a sense of humor; enjoy laughter, it’s good for anything that ails you. There is a danger of inflexibility; don’t fall into a rut; be on the lookout for change and take advantage of it. The ebb and flow of life is not just one step forward and two steps back. It’s the enjoyable rhythm of the dance of the Cosmos--you have only to get in step.

Twelve is the number of Ulunsu´ti, the Magic Crystal, the six-sided stone that is half of the dual polarity of Twelve. It amplifies electrical current--and prayers and wishes, and sensitivity; it heals by bringing the body’s natural vibrations into sync; it starts a fire by concentrating the rays of the Sun, or energizing the heart and mind. One who spiritually turns on the light, turns up the heat, and starts the motor running.
Raven Hail

Raven Hail (1921-2005) was a member of the Cherokee Nation of Oklahoma. She was the editor of The Raven Speaks, a monthly journal of Cherokee culture, and also wrote The Raven's Tales, Windsong, The Pleiades Stones, and Cherokee Astrology.

– J. T. Garrett, coauthor of Medicine of the Cherokee and The Cherokee Full Circle

"Even though you may not be a Cherokee, this is a fascinating and fun book. Grab a copy and find out a little more about yourself!"

"There's far more mystery in this Native American culture than meets the eye."

"The author, Raven Hail, is an elder of the Cherokee nation and provides not only an explanation of the system, but also how it can determine a significance that is larger than life and is a strong basis for understanding the Cherokee system as well as how to apply it in your daily life."