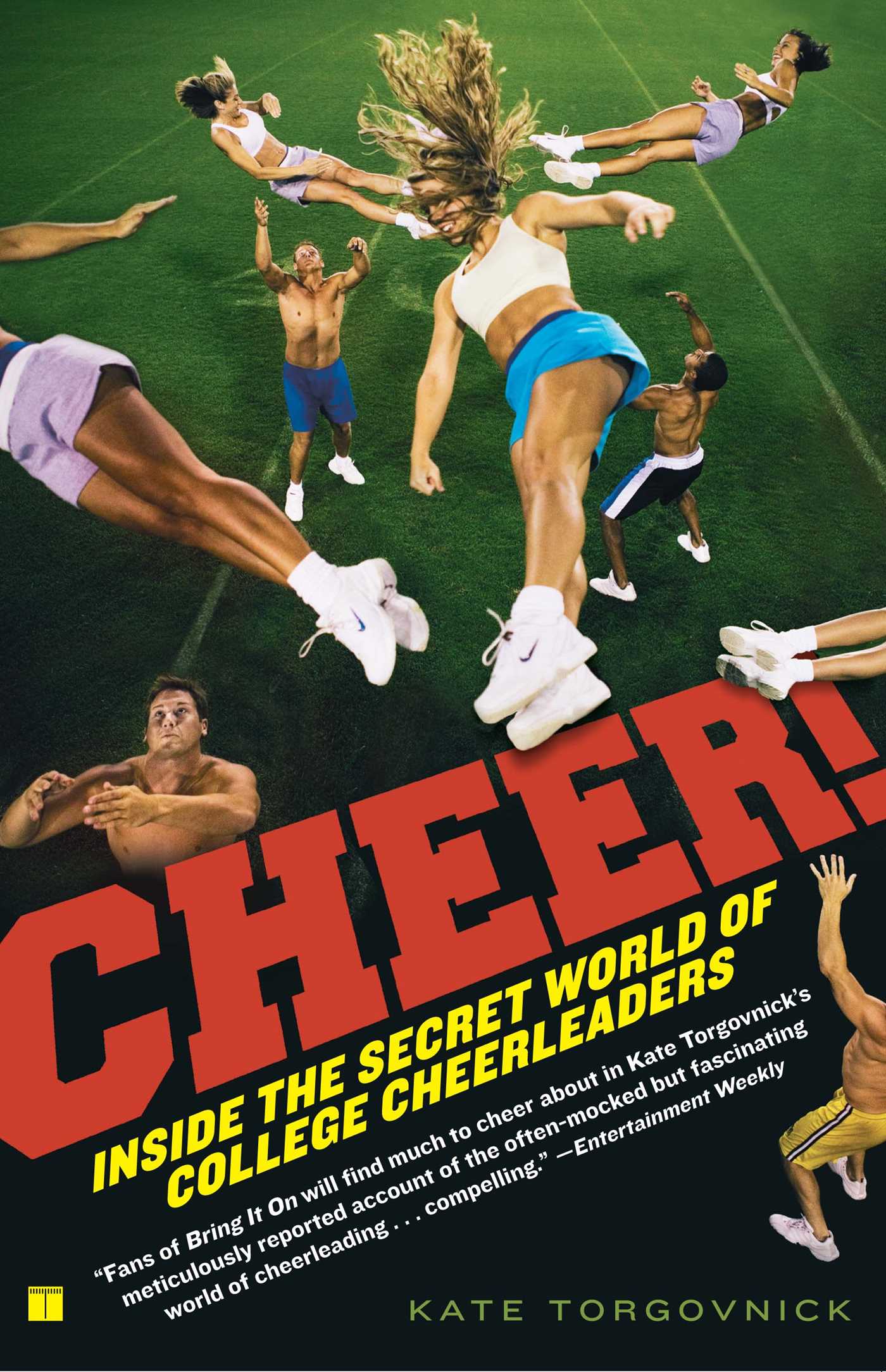 Let's hear a cheer for CHEER! 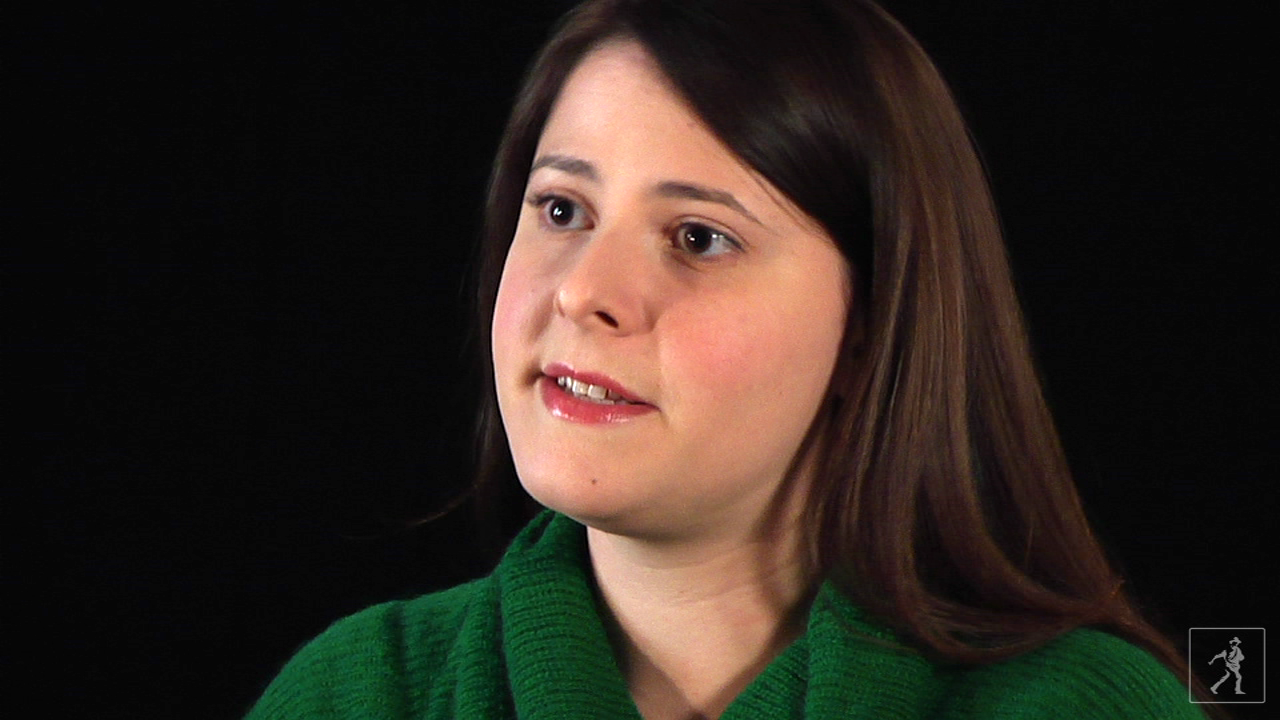 Get to know author Kate Torgovnick

By Kate Torgovnick
LIST PRICE $15.99
PRICE MAY VARY BY RETAILER

Think cheerleading is just pom-poms, "gimme an 'R,'" and pleated skirts? Not anymore. Take an exhilarating trip through the rough-and-tumble world of competitive college cheerleading....

College cheerleaders are extreme athletes who fly thirty feet in the air, build pyramids in which a single slip can send ten people crashing to the ground, and compete in National Championships that are won by hundredths of a point. Cheer! is a year-long odyssey into their universe, following three squads from tryouts to Nationals.

Meet the Stephen F. Austin Lumberjack cheerleaders from Nacogdoches, Texas, who seem destined to win their fifth National Championship in a row -- until they are shaken by the departure of their longtime coach. Fall in love with the Southern University Jaguars from Baton Rouge, Louisiana, an African-American team hoping to raise the $17,000 needed to travel to Nationals and transform their near win several years ago into a Cinderella victory. Root for the University of Memphis All-Girl cheerleaders from Tennessee -- a team that continually struggles for the same respect Coed teams get -- when their quest for a national title is threatened by injuries and dropouts.

Along the way, meet unforgettable characters like Sierra, a cheerleading prodigy who has never lost a competition; Doug, who is in his eighth year as a college cheerleader; and Casi, one of the few female bases who can lift another cheerleader on her own. These are people who risk horrifying injuries on a daily basis, battle demons like eating disorders and steroid use, and form intense bonds.

In the immersive tradition of Friday Night Lights, Cheer! is a captivating, all-access journey into a deeply absorbing world. 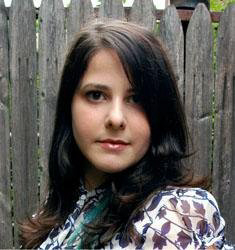 Kate Torgovnick is a former associate writer/editor at Jane magazine. She writes about extreme athletes for The New York Times and her articles have also appeared in Newsweek, The International Herald Tribune, and The Daily News (New York). She grew up in Durham, North Carolina, and now lives in New York City.

"Fans of Bring It On will find much to cheer about in Kate Torgovnick's meticulously reported account of the often-mocked but fascinating world of cheerleading." -- Entertainment Weekly

"Torgovnick has done an excellent job of reporting, bringing the reader into this world most of us would never see." -- USA Today

"A fist-pumping, Astroturf-banging tribute to the women and men who make up the in-world of competitive college cheerleading. It had me rooting from the edge of my seat for the final countdown of Nationals." -- NY Post

"An engaging, voyeuristic narrative that suggests college cheerleaders are as close to real-life superheroes as exist." -- Dallas Morning News

"One of the more successful pieces of narrative nonfiction this year, distinguished by Torgovnick's impeccable ear and canny, original choice of subject matter." -- Kirkus Reviews (starred)

"Kate Torgovnick's Cheer! is the Friday Night Lights of a new generation. Through her painstaking research, compassionate analysis, and uncanny eye for scenes, she offers us a window into the competitive subculture of college cheerleading the way Susan Orlean did for orchid hunters and Stefan Fatsis did for Scrabble players. Torgovnick is a journalist's journalist -- the kind of writer who gets the story and then has the good sense to get out of the way. We, the readers, can't help but revel in the world she's created, not only because it tells us something quintessential about America, but because it tells us something quintessential about ourselves." -- Courtney E. Martin, author of Perfect Girls, Starving Daughters

"Because Kate Torgovnick has captured every voice in this fascinating world verbatim, crack open the book to read just one sentence and you too will be instantly immersed in these characters' riveting ups and downs (pun intended)." -- Jane Pratt, founder of Jane and Sassy magazines

"An exuberant and empathic journey deep into one of America's least-explored and most iconic team sports -- and if you've never thought of cheerleading as a sport, accompanying [Torgovnick] on this ride through the physical challenges of a competitions season will certainly change your mind. Whether you tried out for the Pom squad yourself, or blew off every high school pep rally like Torgovnick did, this suspenseful tale of cheerleading's glorious and addictive highs, and dangerous and pressure-cooked lows, will give you an insight into an ever-growing national phenomenon." -- Lauren Sandler, Righteous: Dispatches from the Evangelical Youth Movement

By Kate Torgovnick
LIST PRICE $15.99
PRICE MAY VARY BY RETAILER