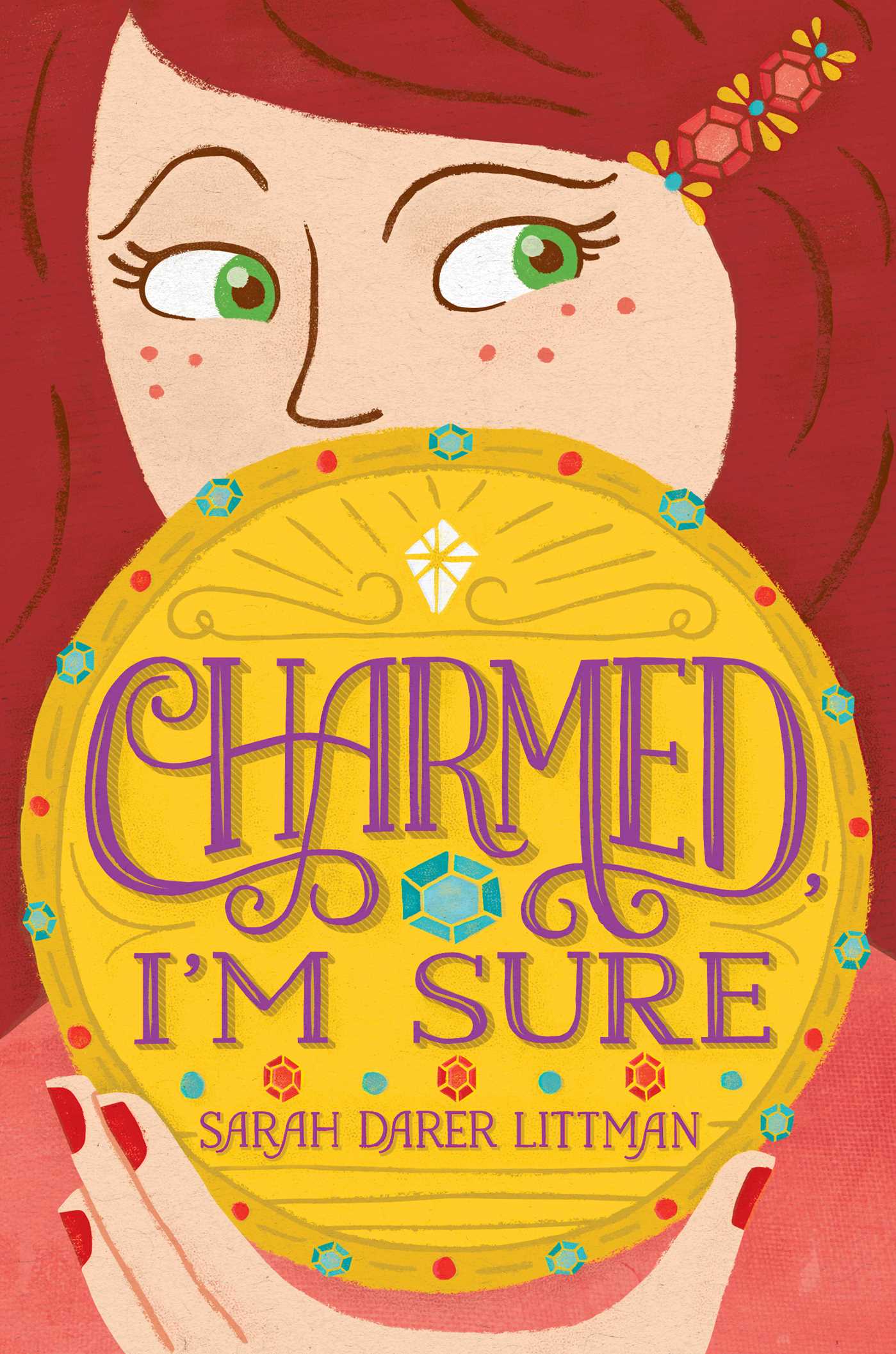 Rosie White Charming—the daughter of Snow White and Prince Charming—discovers that being the fairest in the land isn’t all that it’s cracked up to be in this charming continuation of the beloved fairy tale.

Meet Rosie White Charming. You probably know her parents, Snow and Prince. Yup—that Snow and Prince. You would think that being the only daughter of two of the most famous people in fairy tale history would be awesome.

But you would be wrong.

After failing to secure a date for the Fall Festive dance, Rosie is on a mission to prove that the daughter of the fairest in the land can actually hold her own. With the help of a mysterious and magical compact that her mother gives her (and a nice blowout from her mother’s favorite salon) Rosie starts to become the person she thinks she should be. But is being the fairest in all of the land really going to give Rosie her happily-ever-after?

Charmed, I’m Sure Chapter One


I AM NOW OFFICIALLY A loser.

Thirty seconds ago, my best friend Katie announced that Quinn Fairchild asked her to the Fall Festive. Last week Dave Theis asked my other best friend, Nicole. Which leaves me as the only one of my friends without a date.

What makes it worse is that I’m the sole heir of two of the most famous people in fairy tale history. You may have heard of them: Snow White and Prince Charming.

The Charming name comes with some serious baggage. Especially when you’re an eighth grader at the Manhattan World Themes Middle School, there’s a dance in two weeks’ time, and you don’t have a date.

You, the one whose mom was so beautiful that her stepmother went on a killing spree just so she could reclaim the title of Fairest in the Land as judged by some crazy talking mirror. You, the one whose prince of a father literally rode in on a white horse to start their happily ever after.

But now isn’t the time to indulge in self-pity. Now is the time to be happy for Katie, because she does have a date, namely Quinn Fairchild, whom she has been crushing on forever.

“That’s the best news!” I tell Katie. Which it is, for her. Personally, I’m not a big fan of Quinn Fairchild. He’s a little (okay, a lot) too full of himself. But if going to the Fall Festive with him makes Katie happy, what kind of friend would I be if I weren’t happy for her?

“I know!” Katie sighs. Her face takes on the same dreamy glow Mom’s does when she tells The Tale of how she and Dad met. “I’ve been waiting for this day since I saw him the first day of sixth grade. And now it’s finally happened.”

“Sheesh, Rosie. Just because you were born without the romance gene, it doesn’t mean you have to rain on Katie’s parade,” Nicole says.

“Well, you did,” Katie snaps. “A big, gray, damp cloud of precipitation, right in the middle of my happy marching band.”

“It’s okay,” Katie says. She gives me a concerned, pitying look. “Are you stressed out about finding a date?”

She’s half-right, so I might as well take the lifeline she’s thrown me.

“I know! You should go with Quinn’s friend Hunter,” Katie exclaims. “It would be fun to double date. Plus, he’s cute and you’d look great in pictures together.”

Hunter Farthington is the star striker on the soccer team. The problem is that I sit behind him in social studies, and let’s just say that while I can’t argue with the cute part, he’s not the sharpest tool in the Manhattan World Themes Middle School shed. He thinks people from Denmark are called “Great Danes.”

“Who cares?” Katie says when I tell her this and explain that, no, he was serious, not joking, and actually argued with the teacher about it because he was so convinced he was right. “It’s a dance, not a debate, Rosie.”

“But we won’t be dancing all the time. I’ve got nothing to say to him. All he ever talks about is soccer and what famous people he’s seen on the street and harassed till they took a selfie with him.”

“Just pretend,” Katie says. “Ask him what he thinks about last night’s game. That way, it doesn’t matter whether it’s football or basketball, hockey or baseball season. There’s always some kind of game going on somewhere.”

“You’re totally overthinking this, Rosie,” Katie says. “It’s a problem you have. Think of it this way: He’s a boy, he’s cute, and he can dance. Make it happen.”

“I think you might be better off with Damien Wolfe,” Nicole argues. “He’s more your type. You’d make such a cute couple.”

Damien’s in my math class. He always sits in the back row, his dark hair brushing over the collar of his leather jacket as he bends forward over his notebook, scribbling intently with black pen. He draws. Really well, in fact. Damien definitely seems interesting. There’s just one slight problem. I’ve barely spoken three words to him in my life. He’s super quiet and I’ve never been assigned to work with him on a project. So . . . yeah. About three words. Maybe five. Plus a few passing head nods in the hall. His hair moves nicely when he nods his head—I’ll give him that.

“Ask him to the dance. You won’t regret it,” Nicole declares.

Considering I’ve never been on an actual date, or even had a real crush, I don’t get how she can know “my type.” I haven’t even figured it out yet.

“Now that we’ve solved Rosie’s date problem, can we get back to the matter at hand?” Katie says.

“Dress shopping,” she announces. “On Saturday. I need your expert opinions.”

Fashion isn’t my area of expertise, but hanging out with my friends is.

Knowing Katie, this shopping trip is going to be planned with the detail and precision of a major military campaign. Note to self: Wear comfortable shoes and bring snacks.

While I listen to my friends discussing dresses and dates, I’m conscious that time is ticking by, and I have neither.

That’s when I decide I’m desperate enough to do something that I promised myself I would never do, because all previous attempts have ended so badly:

I’m going to ask my mother for advice.

Sarah Darer Littman is a critically acclaimed author of middle grade and young adult novels, including Backlash and Confessions of a Closet Catholic, winner of the Sydney Taylor Book Award. When she’s not writing novels, Sarah is an award-winning columnist for the online news site CTNewsJunkie.com, and teaches creative writing as an adjunct professor in the MFA program at Western Connecticut State University. Sarah lives in Connecticut. You can find her online at SarahDarerLittman.com and @SarahDarerLitt.