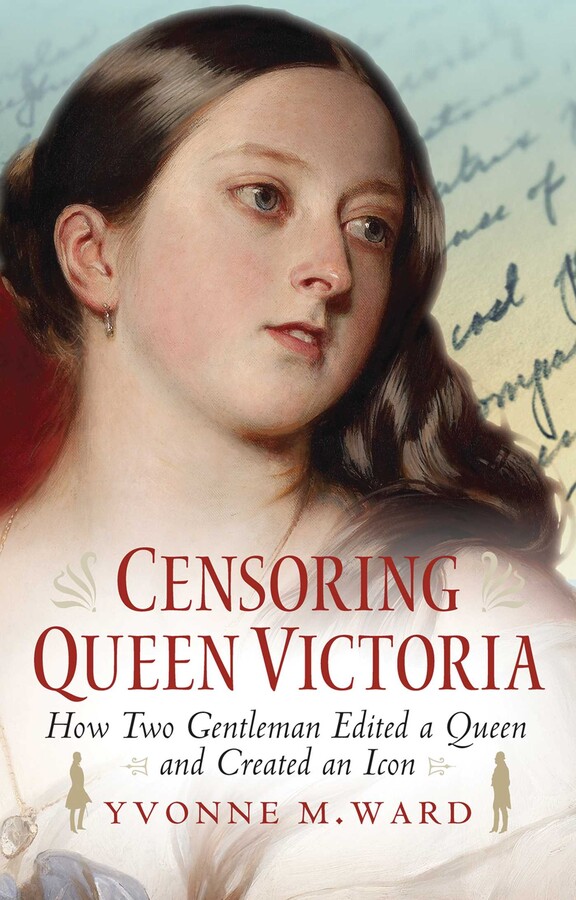 When Queen Victoria died, two gentlemen were commissioned with the monumental task of editing her vast correspondence. It would be the first time that a British monarch's letters had been published, and it would change how Victoria was remembered forever.

The men chosen for the job were deeply complex and peculiar characters: Viscount Esher, the consummate royal confidant, blessed with charm and influence, but hiding a secret obsession with Eton boys and incestuous relationship with his son; Arthur Benson, a schoolmaster and author, plagued by depression, struggling to fit in with the blue-blooded clubs and codes of the court. Together with King Edward VII these men would decide Victoria’s legacy. In their hands 460 volumes of the Queen’s Correspondence became just three, and their decisions and – distortions – would influence perceptions of Victoria for generations to come.

Yvonne Ward is a historian with a doctorate from La Trobe University. Her publications include the lead essay in a special edition of The Court Historian, published to mark the Golden Jubilee of Queen Elizabeth II. This is her first book. She lives in Victoria, Australia.

‘An unusual and fascinating book… Yvonne Ward has the perceptiveness to present in a new light what at first sight might seem a well-trodden subject, deploying her own knowledge and archival research to make a fascinating read by re-editing the editors’

'Four stars - Yvonne Ward tells a complicated story clearly and simply, which is the reverse of the normal academic procedure.'

‘Ward argues convincingly that Esher and Benson's radical pruning of Queen Victoria's early correspondence has had a profound effect on her posthumous reputation… a timeless reminder of how important it is for biographers to find the time, space and will to battle back to the primary sources.’

'Original and important, this book represents a major contribution to our understanding of the modern British monarchy.'

'Hats off to Yvonne Ward... who has exposed the gentlemanly networks that tried to hide the truth about Queen Victoria'.'

'Yvonne Ward's groundbreaking book is a gripping read - a fascinating account of how Edwardian courtiers doctored the evidence to create a politically correct image of Queen Victoria.'

– Jane Ridley, author of Bertie: A Life of Edward VII

'A revelation… Yvonne Ward gives us a completely new perspective on how Queen Victoria's image, following her death, was moulded & manipulated.'

'Yvonne Ward has done a sterling job of delving into history to find out how the reputation which the queen guarded so fiercely during her lifetime continued to be manipulated and reshaped even after her death - as well as how many myths continue to persist even today.'

– Lucinda Hawksley, author of The Mystery of Princess Louise

‘Does a great deal to show the real person behind our received image.’

– We Love This Book

'Fascinating, not only for the intrigue surrounding the editing, but also for the myriad issues on which the author shines a light: from public schools to prime ministers; from Irish Famine to the arcana of court life...a fine piece of research.'