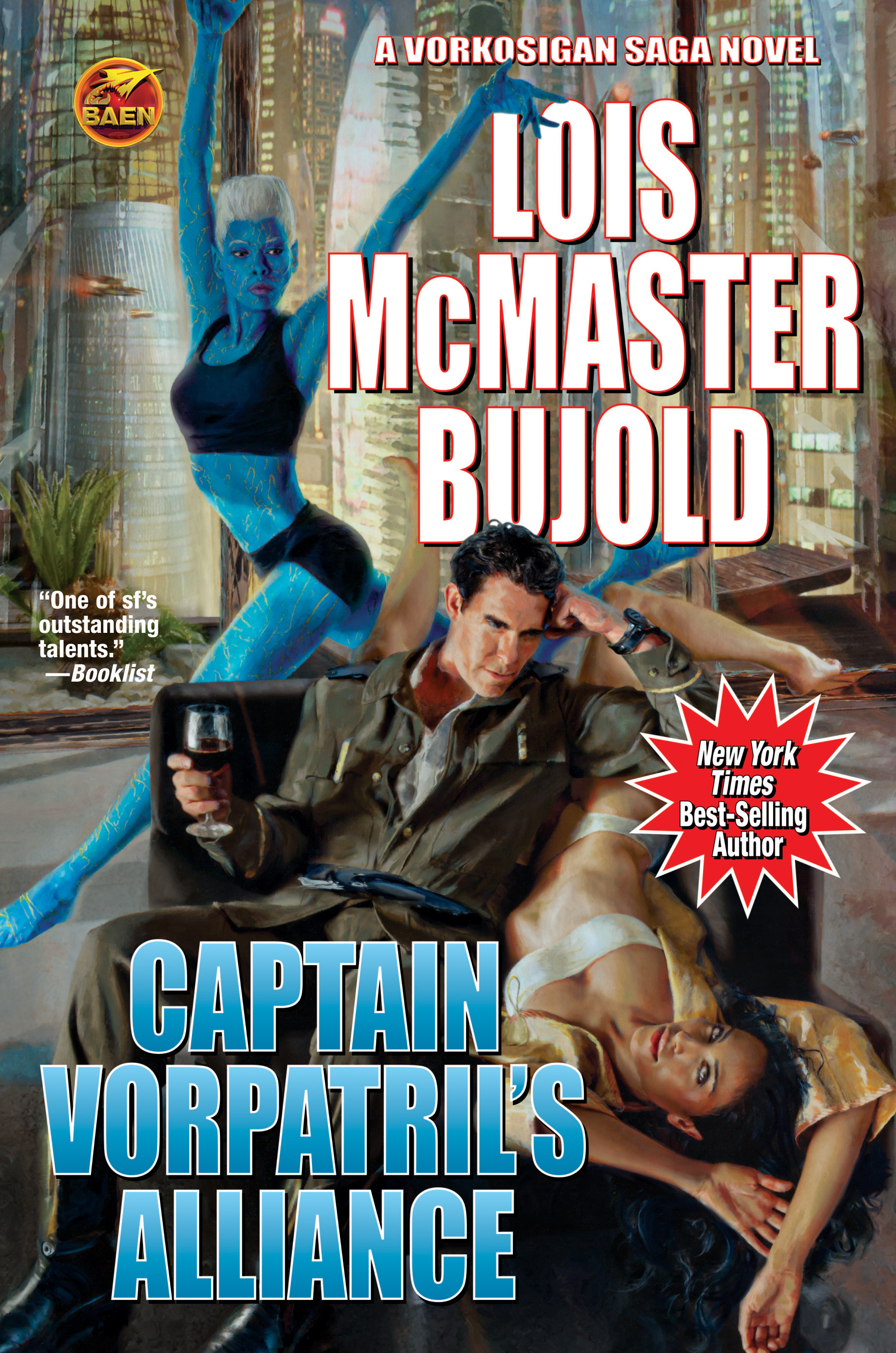 Captain Ivan Vorpatril sometimes thinks that if not for his family, he might have no troubles at all. But he has the dubious fortune of the hyperactive Miles Vorkosigan as a cousin, which has too-often led to his getting dragged into one of Miles’ schemes, with risk to life and limb—and military career—that Ivan doesn’t consider entirely fair. Although much practice has made Ivan more adept at fending off his mother’s less-than-subtle reminders that he should be getting married and continuing the Vorpatril lineage.

Fortunately, his current duty is on the planet Komarr as staff officer to Admiral Desplains, far from both his cousin and his mother back on their homeworld of Barrayar. It’s an easy assignment and nobody is shooting at him. What could go wrong?

Plenty, it turns out, when Byerly Vorrutyer, an undercover agent for Imperial Security, shows up on his doorstep and asks him to make the acquaintance of a young woman, recently arrived on Komarr, who seems to be in danger. That Byerly is characteristically vague about the nature of the danger, not to mention the lady’s name, should have been Ivan’s first clue, but Ivan is no more able to turn aside from aiding a damsel in distress than he could resist trying to rescue a kitten from a tree.

It is but a short step down the road of good intentions to the tangle of Ivan’s life, in trouble with the Komarran authorities, with his superiors, and with the lethal figures hunting the mysterious but lovely Tej and her exotic blue companion Rish—a tangle to test the lengths to which Ivan will go as an inspired protector.

But though his predicament is complicated, at least Ivan doesn’t have to worry about hassle from family. Or so he believes.

About Captain Vorpatril's Alliance:
“. . .this may be one of the most anticipated and long-awaited entries to Bujold’s acclaimed Vorkosigan saga. For years fans have clamored for Ivan Vorpatril’s story, and at last Bujold delivers something that will both thrill the devoted audience and entrance new readers. . .Longtime readers will love seeing a new side of Ivan as well as hearing his views on many of the series characters. New readers can enjoy Ivan’s story on its own. . . Essential for all SF collections and a must-read for Bujold and Vorkosigan fans.”—Booklist

“. . . an intelligent, well-crafted and thoroughly satisfying blend of adventure, sociopolitical commentary, scientific experiments, and occasional perils . . . with that extra spicing of romance. . . .”—Locus

About Vorkosigan series entry Diplomatic Immunity:
“Bujold is adept at world-building and provides a witty, character-centered plot, full of exquisite grace notes. . . fans will be thoroughly gripped and likely to finish the book in a single sitting.”—Publishers Weekly