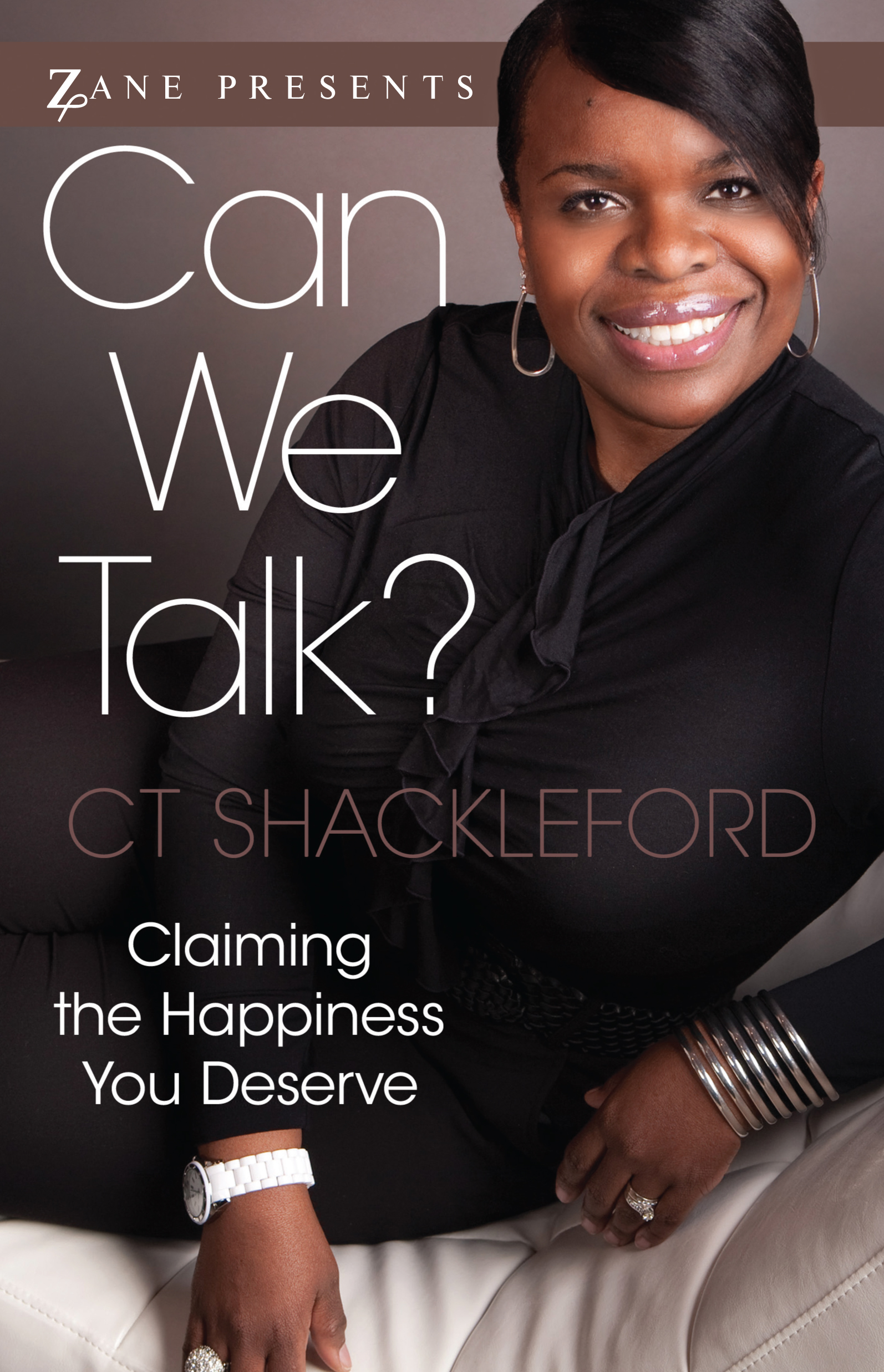 Claiming the Happiness That You Deserve

A thought-provoking response to Steve Harvey’s Act Like a Lady, Think Like a Man, Can We Talk?: Claiming the Happiness You Deserve reveals the many dysfunctions causing relationships to fail.

When problems arise in a relationship, there are always signs and they are not always the big flashing neon types. But ignoring the signs of trouble can be detrimental to the fate of any relationship. Can We Talk? is the start of a relationship revolution. It is a candid look at the basis for the failure and dysfunction of many relationships. It is an absorbing and entertaining journey to self-discovery.

For the person who needs to be drilled, over and over, in order to get “it,” Can We Talk? offers a witty and common-sense approach to shedding light on the dynamics of relationships. It is not what happens to us that determines who we become, but what we allow ourselves to become!

Why are men the chosen sex? Why do we give up so much of ourselves, including the act of being ourselves, just so they can be comfortable with their choices, in their world and in their own skin?

From the time they are born, they are treated differently, royally. My first-born child is a girl and when she was an infant, she received a lot of attention from people. But my second child is a boy, and let me just say, the attention he receives is astounding. Granted, he was a beautiful baby, but no more beautiful than she was at that age. I even had someone comment to me (as I was holding my infant baby girl), “I just love baby boys,” while looking at my beautiful baby girl. I couldn’t figure out if that was an insult directed toward me for having had a girl, or to my baby girl for having being born female.

When I was pregnant with my second baby and being unaware of the gender (as with my first pregnancy), I said to a close friend, “I’ll be glad when this is over,” meaning the pregnancy because I had no intention of having any more! She replied, “What if it’s a girl?” And I replied, “What if it’s a girl? We’ll just have two girls!” She seemed as though she couldn’t believe what she was hearing. As if she assumed we would try and try and try until we succeeded in having a male child. I know of a few instances where women have tried, sometimes unsuccessfully, to have a male child, producing many girls, trying to have that boy because the man in her life wants a junior. I don’t understand it; unless their pockets were full or there was a desire for a large family, I can’t tell what the hell they were thinking.

One day, my daughter and I went to a prior place of my employment where I ran into a co-worker. She looked over in our general direction. She walked over and said hello and asked me, “Where’s your boy?” I was baffled, because she didn’t acknowledge my daughter’s presence. I told her that he was at home with daddy and she shrugged her shoulders as if to say, “Oh, well,” and went on with the rest of her day, still without acknowledging my daughter’s presence.

We teach our boys that all they have to do is be themselves, and the world of women will flock to them and bend to their every desire. On some level, I was once one of those women. I can remember the first time it was indicated to me that I was to be flexible to a man’s will. It was just after my grandfather passed away; I was about twenty years old. The time immediately after a death is when people are constantly around; bringing food, eating and drinking. The music was playing (that was nothing new in our household). A male family acquaintance was there and he wanted to dance with me this one particular evening. He was a little tipsy and I explained the situation to a female relative of mine. I was expecting some assistance from her to help me out of it, but what I got was her saying: “Aw, just dance with the boy. He ain’t gonna hurt you; he’s just drunk.” I was a little taken aback at her response. There was no consideration for my feelings; it was only about what he wanted, and he was nobody !

By nobody, I mean he was simply someone we knew, and not that well; he was no one that we depended on for anything. Well, I didn’t want to dance with him, and I didn’t. I wanted to respect my own feelings, rather than his. Who the hell was he that I would give up who or what I was to be pleasing to him? Yuck! And who was she to think that it was okay to tell a twenty-year-old to do something, or be something, that someone else wanted her to be?

Aside from men being the chosen sex, there is also a double standard that exists between the sexes. I had a former male co-worker comment to me that he didn’t think that men are the chosen sex. He said, “I don’t think we are the chosen ones. I think we are cursed. Our battles are rarely understood and appreciated. I think that one of the biggest hurdles in relationships is the lack of understanding between a man and a woman.” I agreed with his observation. And I offered him this explanation: “I agree that there is definitely a misunderstanding between men and women. But I still believe that men are the chosen sex.” As you continue to read on, hopefully you will begin to see where I am coming from.

However, I feel that it is the disparity with double standards that has caused many of the misunderstandings. Moreover, how can relationships change for the better if the sexes are not willing to see their part in not merely the success of, but also the failure of their relationships? I believe when it comes to those double standards, some are necessary. Just like in the movies, the actor has his or her role to play. Double standards are necessary; they determine the part we play in real life. I feel that a woman should carry herself a certain way and I believe that a man also has his part to play.

But those double standards can also be gratuitous. In teenage pregnancy: who gets the flack for it—the female or the male? Being found in a drunken stupor, a man is seen as simply drunk, but a female will be labeled as being uncouth. In regards to sex with an under-aged minor: who gets the most attention from it—the adult male or the adult female? In single parenting, the male gets kudos for it, while with the female, it is commonplace. A man will no doubt make more money doing the same job as a woman. When a man cheats on his woman, the woman is accused of not doing her job and his actions are celebrated among other men. When a woman cheats on her man, she is accused of being a slut, and her man receives sympathy from others. When a woman sleeps around, she’s a whore. When a man sleeps around, he is a hero. When an older woman dates a younger man, everyone wonders how she snagged him. When an older man marries a younger woman, there’s not a second thought; except maybe, how much money is in his pocket.

C. T. Shackleford was born, raised and earned her college degree in Mobile, Alabama. Shortly after marriage, she relocated to the suburbs of Atlanta, GA where she and her husband raised their children. She continues to work as an RN for Cardiac Services at a major hospital in the Atlanta area.

Claiming the Happiness That You Deserve