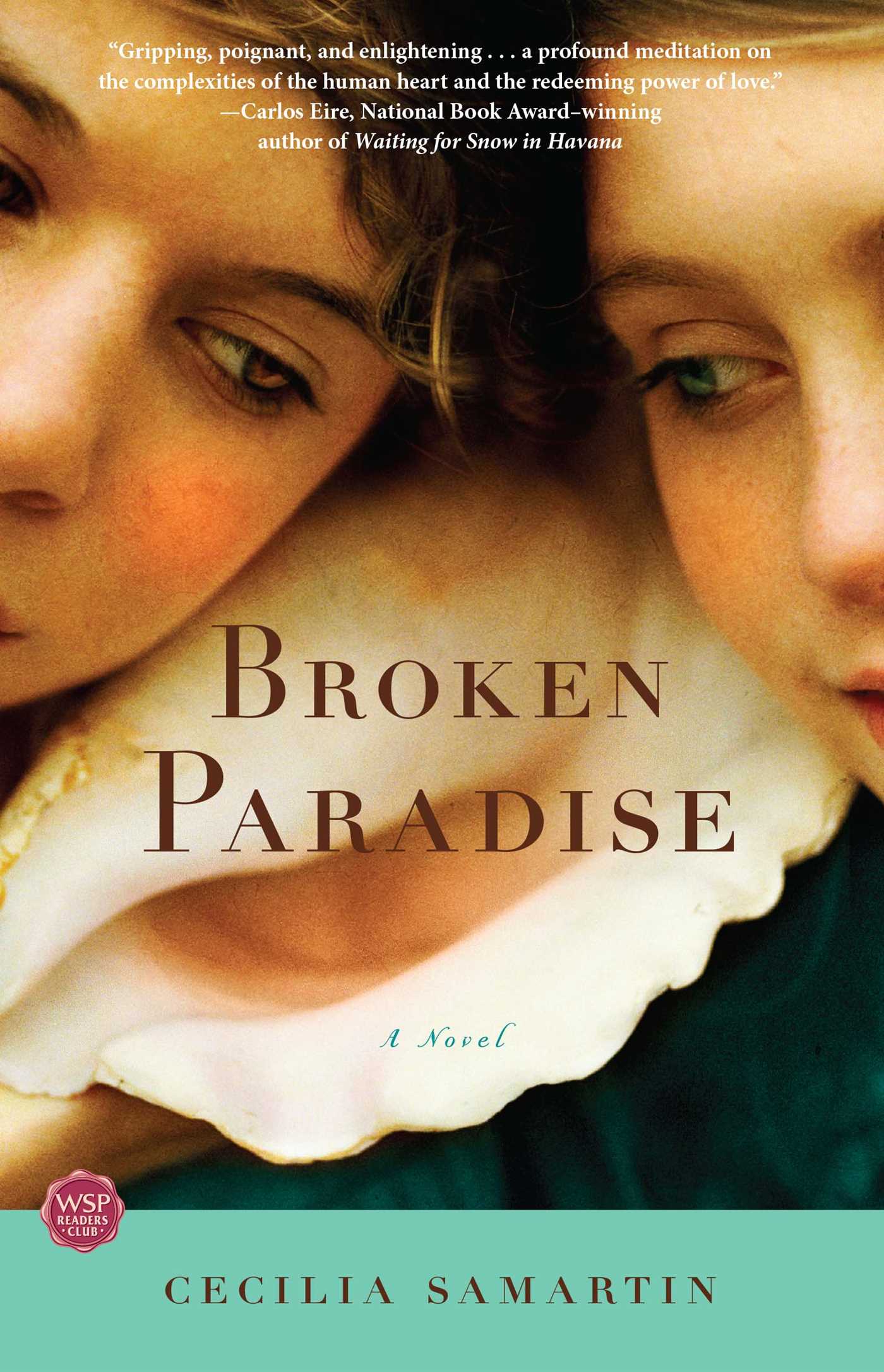 By Cecilia Samartin
LIST PRICE $22.99
PRICE MAY VARY BY RETAILER

Cuba, 1956: Cousins Nora and Alicia are accustomed to living among Havana's privileged class -- but their lavish dinners, days at the beach, and extravagant dances come to an end after Castro's rise to power. Food becomes scarce, religion is forbidden, and disease runs rampant. Although Alicia stays behind while Nora emigrates to the United States, both of their identities are challenged as they try to adapt to the changes forced upon them. As the situation in Cuba deteriorates, Alicia is beset by bad fortune, while Nora -- whose heart is still in Cuba -- painfully assimilates into middle-class U.S. culture. Letters between the cousins track their lives until Alicia's situation becomes so difficult that Nora is forced to return and help. But what she finds in Cuba is like nothing she ever imagined.

Told with wrenching insight into the tender balance between the hope and grief that shapes the immigrant heart, Broken Paradise is an extraordinarily powerful novel about passion, love, and the heart's yearning for home.

By clicking 'Sign me up' I acknowledge that I have read and agree to the privacy policy and terms of use. Free ebook offer available to NEW US subscribers only. Offer redeemable at Simon & Schuster's ebook fulfillment partner. Must redeem within 90 days. See full terms and conditions and this month's choices.
By Cecilia Samartin
Introduction
reveals the pain of political turmoil when two cousins, Nora and Alicia, take very different paths following the Cuban revolution. Accustomed to living among Havana's privileged class -- lavish dinners, days at the beach, dances, and dresses -- their idyllic lives take a turn for the worse after Castro's rise to power. Food becomes scarce, religion is forbidden, and disease is rampant. Alicia stays behind while Nora emigrates to America and struggles in an unfamiliar land. Both of their identities are challenged as they try to adapt to the changes forced upon them. The situation in Cuba deteriorates, and Alicia is beset by bad fortune, while Nora painfully assimilates into middle-class US culture. Her heart, however, remains in Cuba. Letters between the cousins track their lives until Alicia finds herself in such dire straits that Nora is forced to return and help. What she finds in Cuba is devastating.
In , Samartin offers heart-wrenching insight into the tender balance between optimism and grief that shapes the immigrant heart. How can one find peace and belonging when one's sense of home is so dichotomized? This story involves reflection about home and country regardless of where they may be.

Group Discussion Questions
1. Samartin tells the story of the Cuban revolution through the eyes of Nora, who is a child as the novel unfolds. How did this affect the book's descriptions of the revolution? How would the story be different if it were seen through the eyes of either Alicia or Nora's parents or grandparents?
2. At the novel's beginning, Abuelo saves Nora from drowning. Are there times when this early act of salvation is repeated, when others close to Nora are able to save her from "drowning," just like her Abuelo did?
3. Nora introduces Alicia to the reader with: "She's hardly a year older than meŠbut for some reason she seems older and wiser. Perhaps it's because she's so sure of what she likes" (p. 1-2). Do you think this assessment accurately describes Alicia and her actions throughout the book?
4. In chapter seven, the description of Nora's first dance and transition to adulthood is positioned in between Carlos's disappearance and the increased bombing of Havana. How do the two seemingly separate stories of the girls' coming of age and Cuba's revolution interact to propel each other forward? Throughout the course of the novel, how does the author transition between the two stories and when do they overlap?
5. What events are the most pivotal in revealing Nora's and Alicia's progressions from childhood to adulthood? Are there any childhood beliefs that they struggle to hold on to?
6. The ocean in Cuba is mentioned frequently throughout the course of the novel. It is a common place for excursions when Nora is in Cuba, and it is the focus of her nostalgia when she lives in the United States. What do you think the ocean represents?
7. The themes of feminine chastity and racial pureness are recurrent in the conversations and inner dialogues of the book's female characters. Examine the contrasting viewpoints held by Nora and Abuela on these issues, beginning with the examples found on pages 6, 63, 109, 110, and 137. Is each character constant in her opinions, or do her views change as the story progresses? What might explain their new viewpoints?
8. When Nora arrives in the United States, she writes Alicia to tell her the words Beba spoke just before her departure, "Give them your ghost heart, for they'll insist you give them something, but keep your real heart for yourselfŠalways" (p. 96). What leads them to their separate decisions?
9. After Castro's rise to power, each family has to decide whether to leave for America or to stay in Cuba. Do you understand why each character made the decision he or she did? What would you have decided in a similar situation?
10. Throughout the novel, there are several clues present that Tony has died. The hints are delivered through the eyes and ears of Nora, yet the reader discerns the truth before Nora herself realizes what has happened. At what moment did you realize Tony was dead? Were there any other points in the novel when you realized something before Nora did?
11. Times of trial are frequently chances to demonstrate courage and inner strength. What points in the novel serve as defining moments from which to judge the strength of the characters? Do all the characters successfully pass through their trials?

Creative Tips For Enhancing Your Book Club
1. Visit the author's website before your meeting, www.ceciliasamartin.com, to learn more about her.
2. Examine Cuban culture through a different lens. Try renting a movie such as I Am Cuba, Guantanamera, or Cuba: the Forgotten Island to watch as a group.
3. Bring along some Cuban music to accompany your book club meeting. Los Muñequitos de Matanzas are a well-known group living in Cuba, with music available in the United States. You can research other Cuban musicians on www.amazon.com or www.allmusic.com.
4. Prepare some Cuban drinks or food to enjoy as a group. Check www.tasteofcuba.com for tasty recipes of mojitos, empanadas, and arroz con leche. 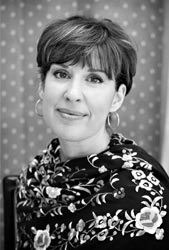 Cecilia Samartin was born in Havana in the midst of Fidel Castro's revolution. She grew up in Los Angeles as a fully bicultural, bilingual American. She studied psychology at UCLA and marriage and family therapy at Santa Clara University. Deeply concerned with the lack of Spanish speakers in her profession, Cecilia has practiced within the Latino communities in some of the most impoverished inner-city areas of San Jose and Los Angeles. She lives with her British-born husband in San Gabriel, California.

"Gripping, poignant, and enlightening...a profound meditation on the complexities of the human heart and the redeeming power of love."
-- Carlos Eire, National Book Award-winning author of Waiting for Snow in Havana

"It's like drinking a full bottle of Cabernet by yourself."
-- New Zealand Public Radio

"I dare anyone not to be moved...the book is ultimately uplifting -- a testimony to the strength of love and the human spirit."
-- Traveller Magazine

"A heart wrenching story of separation, love, and redemption gently told through two cousins as they confront the political realities of Castro's revolution and its aftermath. This is a story I can truly identify with. It is a story that Cecilia Samartin has told with astounding courage and grace."
-- Viviana Carballo, author of Havana Salsa: Stories and Recipes

"Cecilia Samartin delivers a novel rich in passion, heartbreak and love. Broken Paradise captures the textures and rhythms of my homeland of Cuba with its musical, agile prose and kept me engrossed to the last page. An important, timely work of fiction, it goes to the heart of what it means to be an exile. A truly American story."
-- Victor Rivas Rivers, actor and author of A Private Family Matter

"A nostalgic story that sieves smoothly in the folds of our memory, transporting us to a universe of flavors, unforgettable colors and Cuban landscapes. A tribute to those who live far from their homelands."
-- Javier Sierra, author of New York Times bestseller The Secret Supper

By Cecilia Samartin
LIST PRICE $22.99
PRICE MAY VARY BY RETAILER