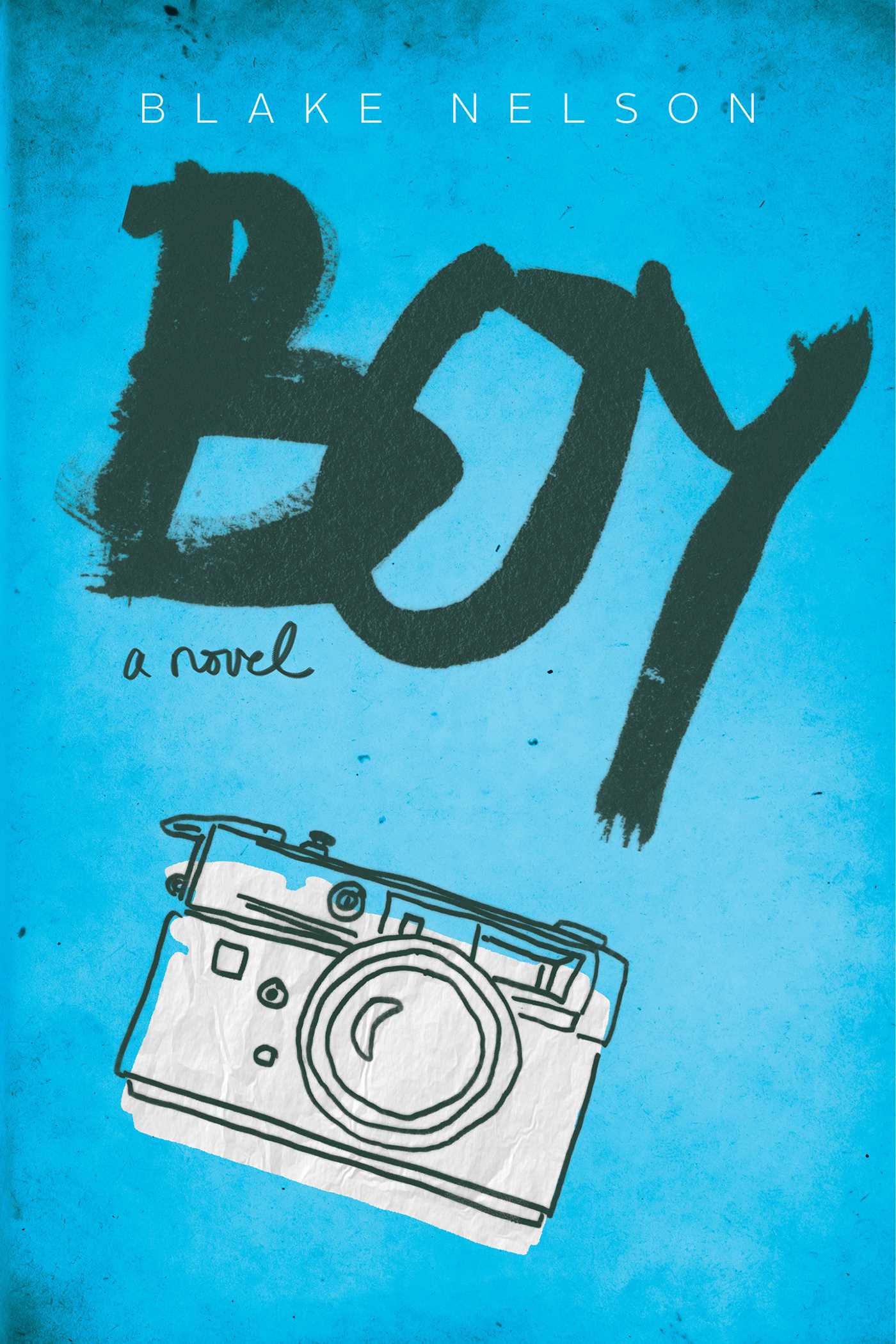 In the style of Blake Nelson’s cult favorite, Girl comes a story about the moments in life that change how you see everything and everyone you always thought you knew—including yourself.

Every school has them: the cool kids. The insiders. Gavin Meeks is one of them. He lives an easy life of parties, girls, snowboarding adventures and whatever else comes his way.

But when dark, dramatic Antoinette crash-lands at Evergreen High, the entire school feels the impact. Antoinette has seen things, been places, experienced deep tragedy first-hand. She’s not just a rebel, she’s a force of nature. Gavin, for one, is captivated and is soon pursuing interests he never knew he had. With a camera in hand, he finds a way to express his own truth, including his feelings for his favorite subject: Antoinette. It all leads to one passionate, life-altering night in this achingly authentic story from bestselling author Blake Nelson.

Boy 1
I remember the morning Antoinette became a “known” person at our school. I was in Mr. Miller’s geometry class. It was first period and everyone was half asleep. Kaitlyn Becker was scribbling in her math book, her head sideways on her desk. Someone was whispering in the back row. I was sitting by the window, staring out at the courtyard. A thick fog had settled in, which made the trees look ghostly and mysterious. The benches and walkways looked like they were from another time. What made it do that? The moisture in the air? The blurriness of the light? Fog made things look sad, I thought. Like a memory. Like something that had happened a long time ago and could never be undone.

There was an announcement, which I didn’t quite hear, and when I turned back toward the room, our teacher was gone.

“He went to the office.”

I looked around. The whole class had been left sitting at our desks, with no one in charge. That was unusual.

Then we heard adult shoes clacking down the hall. An adult voice called out. One of the kids stuck his head out the door to see what was going on. A teacher yelled for him to go back in, sit down, and close the door.

Something was definitely up. We sat in our seats, looking at each other, wondering what had happened.

In the hallway after class, everyone was buzzing about a girl named Antoinette Renwick. She had been taken to the office by the principal. A police car had been seen in the parking lot. People weren’t sure what had happened. Had she done something wrong? Was she under arrest?

I vaguely knew who Antoinette Renwick was. She was one of the new kids that year. She had black hair and thick dark eyebrows. She also wore weird clothes: old sweaters and skirts and non-Nike tennis shoes.

Like everyone else, I spent the rest of the day wondering about Antoinette. Had she brought drugs to school? Maybe she’d stolen something. I didn’t know where she came from. Texas, someone said, but they weren’t sure. Maybe she was poor or came from a messed-up family.

After school, the news went around that Antoinette’s older brother had jumped off the Vista Bridge and died. A suicide. Everyone was stunned by that. Nobody knew this older brother, Marcus Renwick. He was nineteen, someone said. Everyone felt bad for Antoinette, but there wasn’t much they could do, since nobody really knew her. And anyway, she was long gone by now, since the cops had come and taken her that morning.

Before I left, I heard some girls mention the street she lived on. It wasn’t that far from my house. When I got home, I decided to ride my bike over there and see what was going on.

I found her street. I didn’t have the actual address, but it was obvious which house it was. A police car was in the driveway, and a bunch of other cars were parked around it. I rode up on the sidewalk across the street and stopped and stood there, straddling my bike.

I couldn’t see anything, really. Everyone was inside. The house looked pretty normal: two stories, a small yard, a tree, a garage.

Then a taxicab came around the corner. I tried to look inconspicuous. The taxi stopped in the street. An older woman holding a wadded Kleenex got out. She was crying and trying to talk on her phone at the same time. She nearly dropped her bag as she went inside.

I felt a little weird then, like if the neighbors saw me it might seem strange that I was standing there, spying on the Renwick house.

Then the front door opened again. This time Antoinette came out. I thought about taking off, but she didn’t see me. She didn’t even look up. She was wearing one of those oversize arctic parkas. She sat down on the front step. She pulled her knees up into her chest, tucked her hair behind one ear, and stared straight down at her feet.

After a minute she checked behind her, and when she saw no one was watching, she pulled a cigarette from her pocket and slipped it in her mouth. She lit the end. That was pretty weird. Nobody at our school smoked. And definitely no sophomores did. Maybe kids smoked in Texas. She took a drag and blew out the smoke. She flicked the ash.

Then she suddenly looked up. Her eyes went straight to me. She must have sensed she was being watched.

I was busted. I didn’t know what to do. I gripped my bike handles and swallowed.

I shook my head no.

She studied me for a moment. “You go to my school,” she said.

She took another drag of her cigarette and squinted at me. “My brother died today,” she said.

Antoinette stared in my direction. But she wasn’t seeing me anymore. She was seeing something else. I don’t know what, the harshness of life, maybe. She took another drag from her cigarette. Her hand was shaking now. Her lower lip began to tremble. Her face seemed about to collapse.

I felt my heart nearly leap out of my chest for her.

Then the door made a noise. Someone was trying to open it. Antoinette quickly slipped the cigarette under her shoe and ground it out. She tossed the butt into the bushes. The door opened and a woman’s head appeared. She said something I couldn’t hear. Antoinette stood up and went inside.

It was almost dinnertime when I got back to my own house. My mother asked me where I’d been. I told her the whole story, about the cops coming to school and the new girl and how her brother had killed himself. And how I rode my bike to her house to see what was happening.

“So you know this girl?” asked my mom.

My mother gave me one of her looks. Then she told me to get ready for dinner.

Blake Nelson is the author of many young adult novels, including Recovery Road (now a TV series), the coming-of-age classic Girl, Boy, Phoebe Will Destroy You, and Paranoid Park, which was made into a film by Gus Van Sant. He lives in Portland, Oregon.