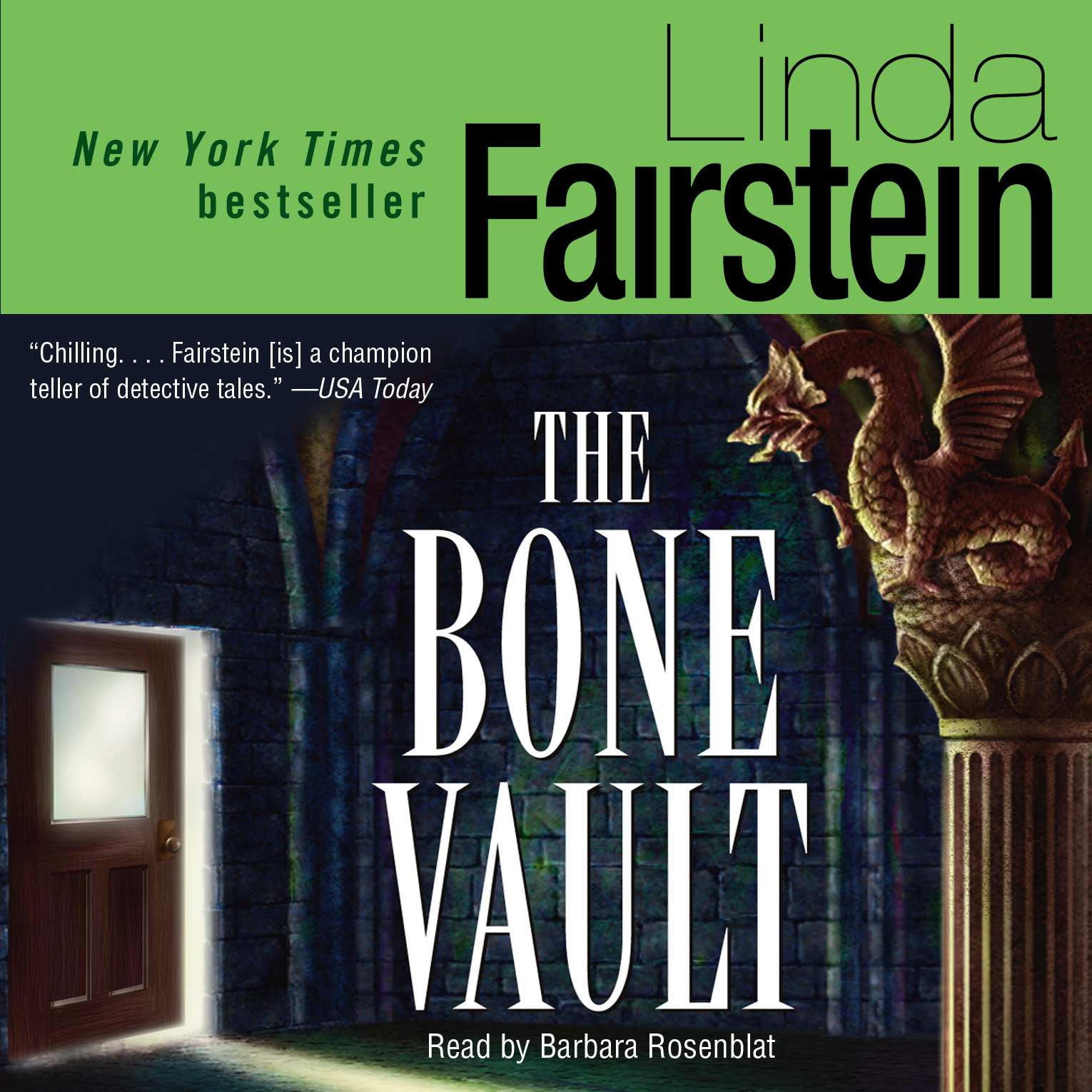 In the Metropolitan Museum of Art's exquisite Temple of Dendur, a monument to an ancient world, a very modern debate is raging at a gala dinner: a controversial new exhibit is fiercely opposed by many among the upper echelon of museum donors. Alex Cooper steps into this highly charged ring of power players only to make a much more troubling discovery: a young museum researcher has been murdered, her body shipped to the Met in an ancient Egyptian sarcophagus. Together with cops Mike Chapman and Mercer Wallace, Alex must penetrate the realm of the city's cultural elite to find a killer intent on keeping some secrets buried for eternity.

1. THE BONE VAULT opens with Alexandra Cooper returning from the morgue and closes with her discovering a controversial collection of bones deep in the Museum of Natural History. How are these two outwardly dissimilar bone vaults linked thematically?
2. The investigation into Katrina Grooten's murder takes Alex through the Metropolitan Museum of Art, the Cloisters, and the Natural History museum. What do these museums have in common, and how is each distinct?
3. Alex says that she feels fortunate that her boyfriend Jake Tyler's unpredictable schedule helps him understand the demands of her own profession. But what are the drawbacks to this type of relationship? Do her concerns that Jake is leaking information about her cases point to larger issues between them?
4. Do you think that Alex made the right call in taking a tough stand with Angel Alfieri? What kind of person does it take to be able to make those kinds of judgment calls every day?
5. What are Alex and Mike Chapman's favorite rooms of the Met, and what do their choices tell us about them?
6. Alex's stalker, Shirley Danzig, has followed her from THE DEAD HOUSE to this novel. What does Shirley's presence add to this story? Why do you think that Alex waited so long to tell Chapman that Shirley was back in her life?
7. Alex wants to know as many personal details as possible about the victims she encounters, while Chapman doesn't want to know the deceased any better than the facts force him to. What do their investigative styles say about them? Is either approach better than the other?
8. Hiram Bellinger, a curator at the Cloisters, tells Alex and Chapman, "If you're going to work in a museum, get used to the fact that most of what you see has been stolen from beneath someone's nose" (p. 172). Were you surprised to learn this? How accurate do you think this statement is?
9. Similarly, Pierre Thibodaux argues that the Taliban's destruction of the giant Bamiyan Buddhas in 2001 justifies the museum's history of smuggling art away from the lands where it was created. Do you agree that some works of art are better off in the hands of curators half the globe away?
10. Although Alex welcomes Chapman's new girlfriend with open arms, she admits to herself that she feels a little jealous of Val's happiness. What, in particular, do you think she envies?
11. Joan confides to Alex that she doesn't think that Jake is "the one." Do you agree?
12. Did you think it was important for Linda Fairstein to address the events of September 11th in this novel? How did the attack affect her characters? Why was Chapman able to open up about the experience only to Alex?
13. Ultimately, do you think that the bones that the museum holds should, when possible, be given back to the families and lands from which they were taken, or do you think that they now belong to the museum?

More books in this series: An Alexandra Cooper Novel