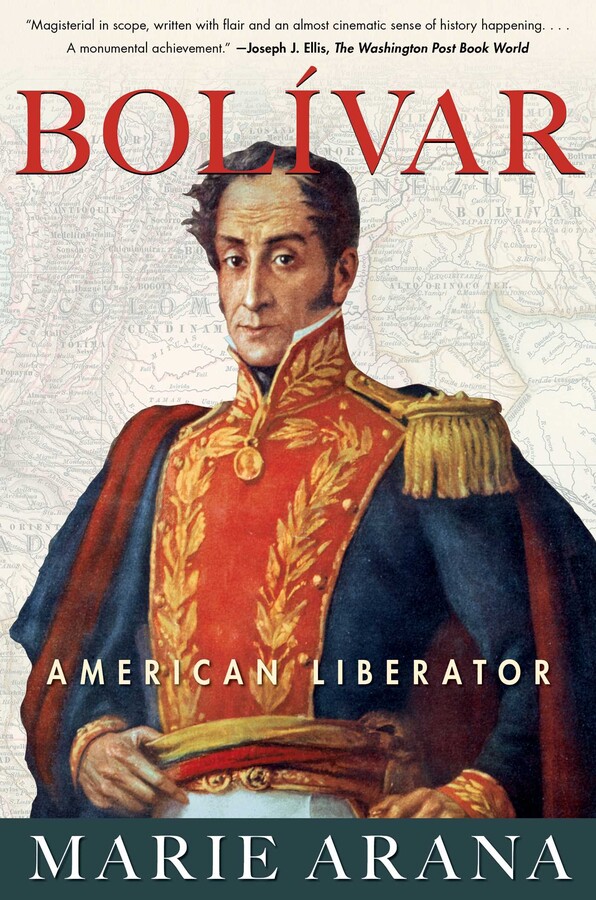 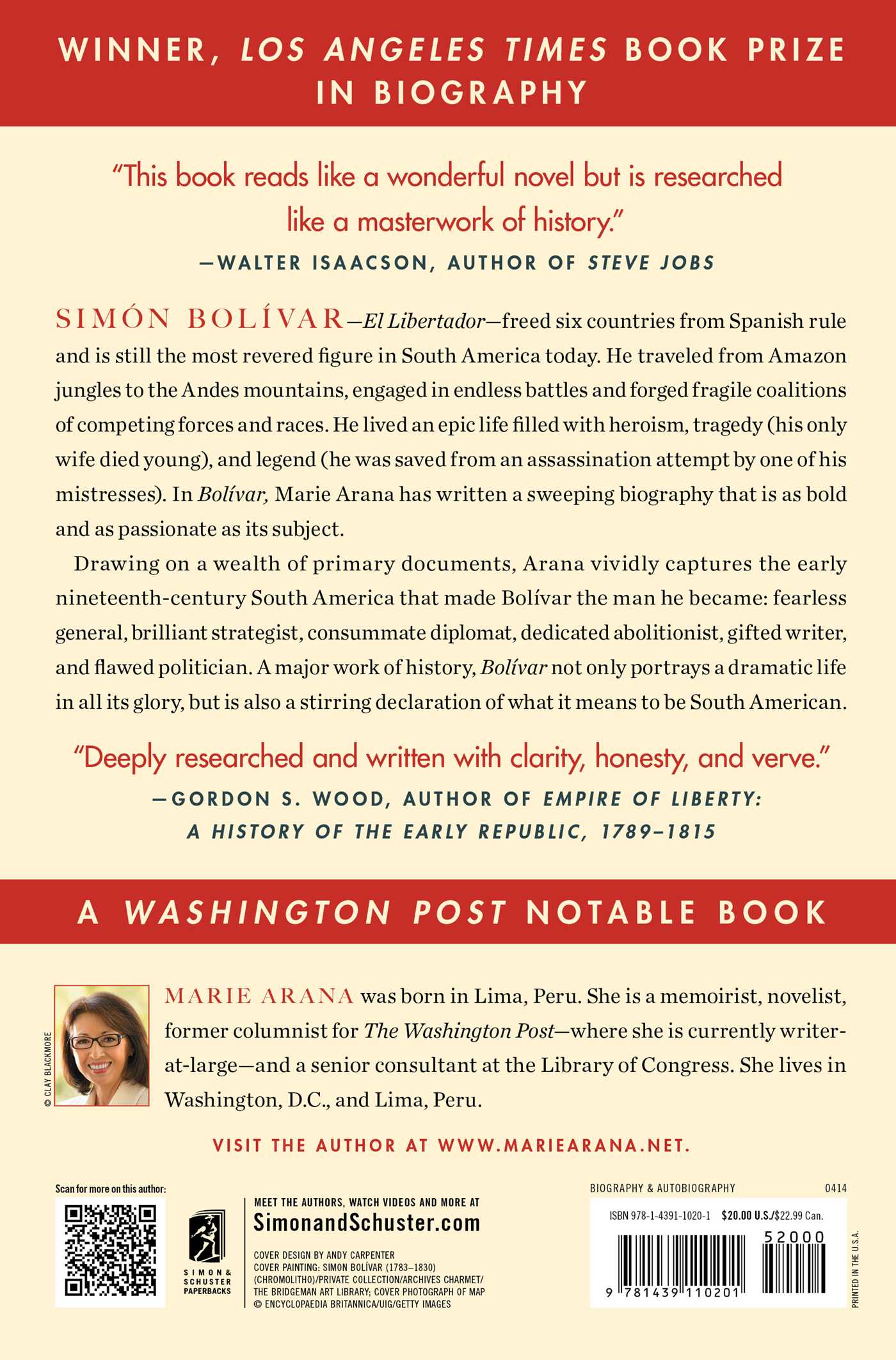 A brilliant biography that “reads like a wonderful novel but is researched like a masterwork of history” (Walter Isaacson, author of Steve Jobs), this is the epic story of the famous South American general and statesman Simón Bolívar.

SIMÓN BOLÍ VAR —El Libertador—freed six countries from Spanish rule and is still the most revered figure in South America today. He traveled from Amazon jungles to the Andes mountains, engaged in endless battles and forged fragile coalitions of competing forces and races. He lived an epic life filled with heroism, tragedy (his only wife died young), and legend (he was saved from an assassination attempt by one of his mistresses). In Bolívar, Marie Arana has written a sweeping biography that is as bold and as passionate as its subject.

Drawing on a wealth of primary documents, Arana vividly captures the early nineteenth-century South America that made Bolívar the man he became: fearless general, brilliant strategist, consummate diplomat, dedicated abolitionist, gifted writer, and flawed politician. A major work of history, Bolívar not only portrays a dramatic life in all its glory, but is also a stirring declaration of what it means to be South American. 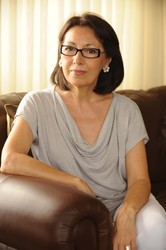 Marie Arana was born in Lima, Peru. She is the author of the memoir American Chica, a finalist for the National Book Award; two novels, Cellophane and Lima Nights; and The Writing Life, a collection from her well-known column for The Washington Post. She is the Literary Director of the Library of Congress and lives in Washington, DC, and Lima, Peru.

“Finally, Bolivar gets the sweeping biography he deserves. He was the greatest leader in Latin American history, and his tale is filled with lessons about leadership and passion. This book reads like a wonderful novel but is researched like a masterwork of history.”

“This is a magnificent story. Deeply researched and written with clarity, honesty, and verve, Marie Arana’s book tells the life of one of the greatest heroes and founders in world history.’”

“With the eye and ear of a novelist, Marie Arana chants the epic of Bolivar with love, zest, and compelling authority.”

“Simon Bolivar has found the perfect biographer in Marie Arana, a literary journalist, brilliant novelist of South America, and wise historian as well. Her portrait of Bolivar is human and moving; she has written a powerful and epic life and times."

“Most North American historians have mentioned [Bolivar] only in passing, usually making 'the George Washington of Latin America' reference. . . . That conception obviously needed correction in the form of a comprehensive biography that makes Bolivar’s life accessible to a large readership in the United States. Bolivar is unquestionably that book. . . . Bolivar is magisterial in scope, written with flair and an almost cinematic sense of history happening. . . . A monumental achievement destined to win some major literary prizes.”

"Wonderful. . . . In Arana's energetic and highly readable telling, Bolívar comes alive as having willed himself an epic life. . . . She brings great verve and literary flair to her biography of Bolívar."

"Arana offers a clear-eyed assessment of the ideals, alliances, and human frailties that drove Bolívar’s choices and shaped the Americas."

“Inspired. . . . Arana ably captures the brash brilliance of this revered and vilified leader.”

“Arana is an indefatigable researcher, a perceptive historian, and a luminous writer, as shown in her defining, exhilarating biography of the great South American liberator Simón Bolívar.”

“This well-rounded work reveals not just an accomplished military tactician but also an able statesman. . . . An important contribution to Bolivarian studies.”

"A fascinating biography of the charismatic military leader who sparked a revolution."

“Epic is a word used too often to describe lesser work, but Marie Arana’s marvelously readable Bolívar: American Liberator is a biography that earns its adjective.”

“Thrilling, authoritative and revelatory, here at last is a biography of Bolivar, the maker of South America, that catches the sheer extraordinary unique adventure and titanic scale of his life with accessible narrative and scholarly judgement.”

“A gripping biography of an epic life.”