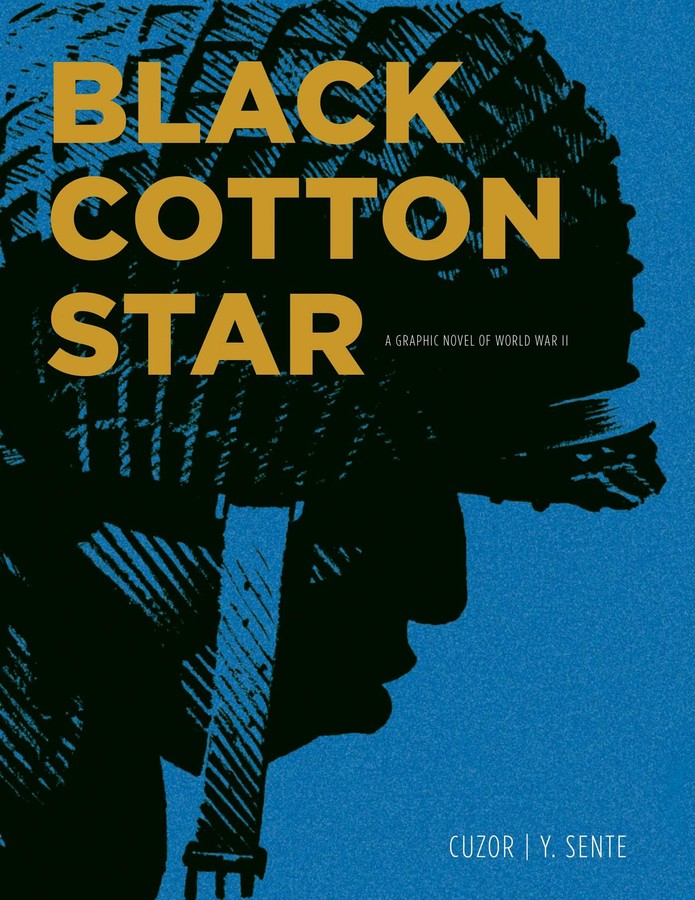 A Revolutionary War-era secret sends three soldiers on an epic quest across 1940s Europe to recover a piece of American history.

Philadelphia, 1776: George Washington asks Betsy Ross to design the first flag of the future United States of America. Her housemaid, Angela Brown, adds to it a secret tribute to the black community: a black cotton star that she slips under one of the white ones.

Dover, 1944: A soldier named Lincoln receives a letter from his sister back home that reveals Angela Brown’s memoirs, and wonders if the star that she mentions truly exists. His superiors seem to think so. In light of this revelation, Lincoln and two other African-American soldiers set out on a dangerous mission, ranging from liberated Paris to the snow-covered Ardennes, seeking answers—and the ultimate prize.

Black Cotton Star is a magnificent war drama, unfolding a fictional tale of struggle, resilience, and sacrifice with themes that resonate deeply in a divided modern-day America.

Yves Sente has worked with cartoonist André Juillard on La Machination Voronov, a new entry in the acclaimed Blake and Mortimer series. His most recent projects include His Name Was Ptirou, which recounts the origins of the character Spirou, and Black Cotton Star. He lives in Belgium.

"Mixing facts real and imaginative, this album pays tribute to the fight of African Americans against racism."

"In the excellently told Black Cotton Star, we follow four Black soldiers on a mission to uncover a long-hidden secret. An intriguing story that unflinchingly entails the racism of the time and how sometimes the best mysteries are found where you least expected."

"As a kid, I dug Sgt. Fury and his Howling Commandos and Sgt. Rock and Easy Company comics. Unlike the actual Jim Crow WWII-era Army, there was one black soldier in each of those squads, though as minor characters. Black Cotton Star, set in the Big One, gets us brothers front and center in a rollicking story that delivers on the thrills with plenty of heart."

"Poignant. This epic enterprise lends due weight to the hopes and disappointments of its African-American protagonists . . . a notable war comic for modern readers."