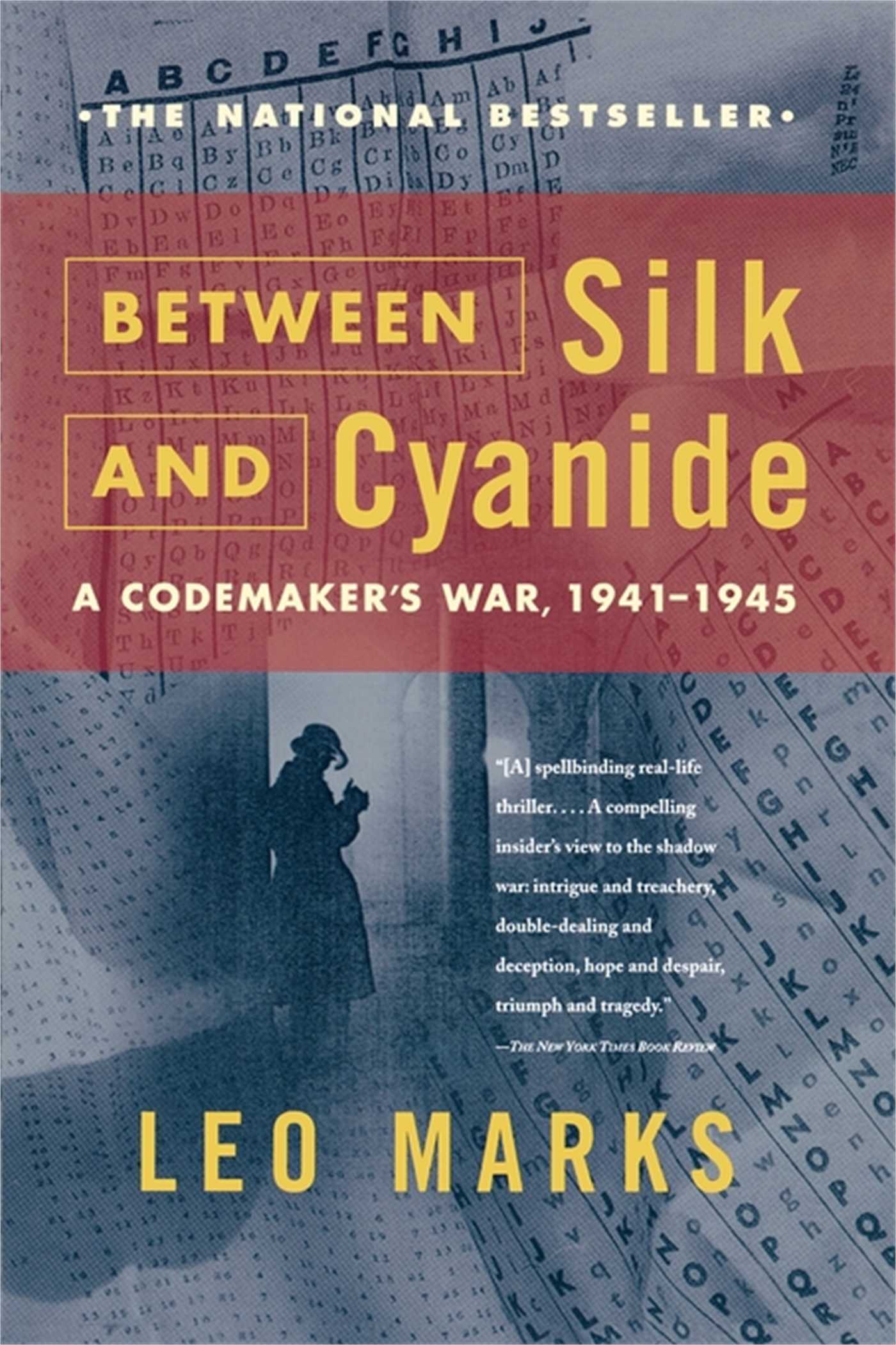 By Leo Marks
LIST PRICE $15.99
PRICE MAY VARY BY RETAILER

In 1942, with a black-market chicken tucked under his arm by his mother, Leo Marks left his father's famous bookshop, 84 Charing Cross Road, and went off to fight the war. He was twenty-two. Soon recognized as a cryptographer of genius, he became head of communications at the Special Operations Executive (SOE), where he revolutionized the codemaking techniques of the Allies and trained some of the most famous agents dropped into occupied Europe. As a top codemaker, Marks had a unique perspective on one of the most fascinating and, until now, little-known aspects of the Second World War. This stunning memoir, often funny, always gripping and acutely sensitive to the human cost of each operation, provides a unique inside picture of the extraordinary SOE organization at work and reveals for the first time many unknown truths about the conduct of the war.
SOE was created in July 1940 with a mandate from Winston Churchill to "set Europe ablaze." Its main function was to infiltrate agents into enemy-occupied territory to perform acts of sabotage and form secret armies in preparation for D-Day. Marks's ingenious codemaking innovation was to devise and implement a system of random numeric codes printed on silk. Camouflaged as handkerchiefs, underwear, or coat linings, these codes could be destroyed message by message, and therefore could not possibly be remembered by the agents, even under torture.
Between Silk and Cyanide chronicles Marks's obsessive quest to improve the security of agents' codes and how this crusade led to his involvement in some of the war's most dramatic and secret operations. Among the astonishing revelations is his account of the code war between SOE and the Germans in Holland. He also reveals for the first time how SOE fooled the Germans into thinking that a secret army was operating in the Fatherland itself, and how and why he broke the code that General de Gaulle insisted be available only to the Free French. By the end of this incredible tale, truly one of the last great World War II memoirs, it is clear why General Eisenhower credited the SOE, particularly its communications department, with shortening the war by three months. From the difficulties of safeguarding the messages that led to the destruction of the atomic weapons plant at Rjukan in Norway to the surveillance of Hitler's long-range missile base at Peenemünde to the true extent of Nazi infiltration of Allied agents, Between Silk and Cyanide sheds light on one of the least-known but most dramatic aspects of the war.
Writing with the narrative flair and vivid characterization of his famous screenplays, Marks gives free rein to his keen sense of the absurd and wry wit without ever losing touch with the very human side of the story. His close relationship with "the White Rabbit" and Violette Szabo -- two of the greatest British agents of the war -- and his accounts of the many others he dealt with result in a thrilling and poignant memoir that celebrates individual courage and endeavor, without losing sight of the human cost and horror of war.

Richard Bernstein The New York Times An enthralling book, one full of an eccentric charm as well as fascinating, previously undisclosed details of the secret war waged in the occupied countries.

Ken Ringle The Washington Post A welcome and powerfully affecting chapter of World War II history, and a very human story of the most clandestine and cerebral art of making war.

Martin Scorsese A mesmerizing account of World War II as fought on the home front in Great Britain by the ingenious codemakers whose work determined the life and death of the Allied agents in occupied Europe. Leo Marks, a brilliant cryptographer, is a masterful and passionate storyteller. I was immediately swept into his secret world of codes and "undecipherables," trying at times (without success) to unravel the puzzles myself, and found it difficult to put down the book until the drama had come to an end.

By Leo Marks
LIST PRICE $15.99
PRICE MAY VARY BY RETAILER