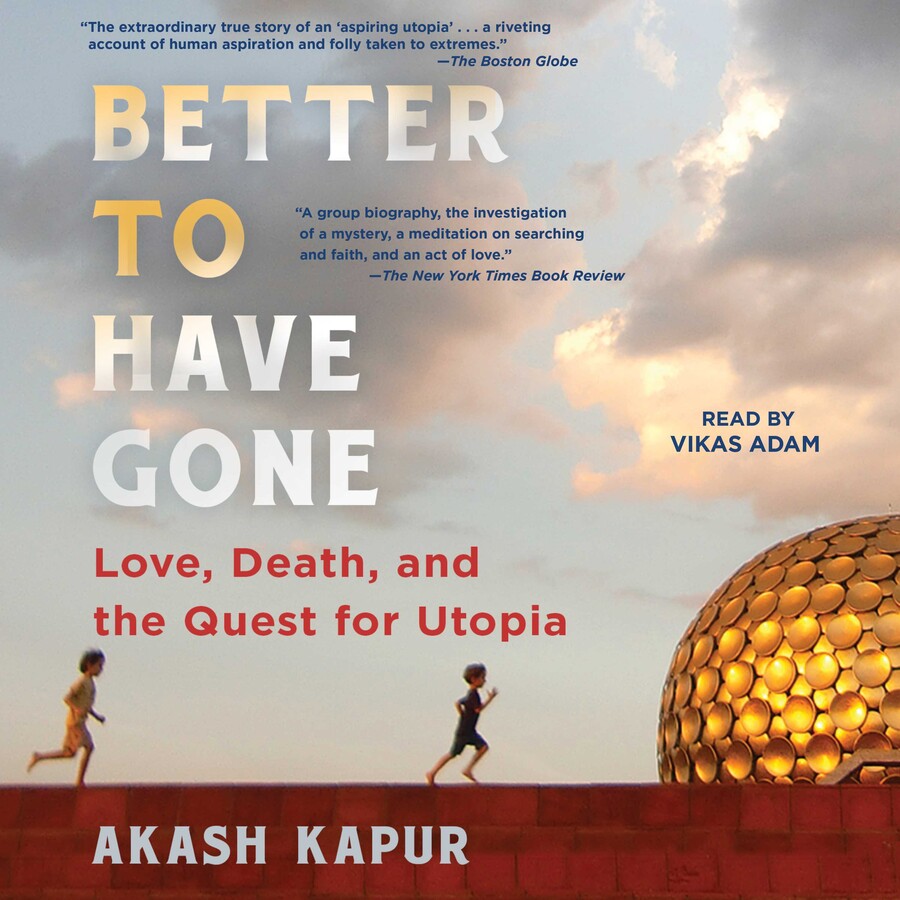 The quest to build utopia has a long history; in the 1960s, hopes surged as seekers from around the planet founded intentional communities that they hoped would provide alternatives for a strife-torn world. One such community was Auroville, located on a weather-beaten landscape of hard clay and palm trees in coastal South India. Akash Kapur’s stunning book is about what happened when a beautiful young rebel from Belgium, Diane Maes, and a scion from a powerful American family, John Walker, met in Auroville: how they became drawn into the community’s tumultuous history, and why they died—shockingly, tragically—on the same day.

Founded in 1968 by a French woman known as “The Mother,” Auroville is an aspiring spiritual utopia seeking to reinvent money, government, education, and ecology. Now home to 3,000 residents, it is one of the longest-lasting and largest intentional communities in the world.

After Diane’s death, her daughter Auralice was taken in by John Walker’s family, in New York City. She later married Akash, who himself grew up in Auroville. Auralice’s understanding of Diane’s and John’s deaths had always been hazy. It was only when Akash and Auralice moved back some thirty years later to Auroville, where they started their own family, that they began to unravel the mysteries and myths that had long surrounded those distant events.

Better to Have Gone blends memoir, history, sociology, and politics. It probes the under-explored yet universal idea of utopia, and it portrays in vivid detail the daily life of one particular utopian community. Above all, it is a love story about two doomed and idealistic dreamers, wrapped in the longing of the daughter who has lost them. Richly atmospheric and filled with remarkable characters, the book explores timeless questions about faith, idealism, spiritual exploration, as well as the extremism into which these noble impulses so often descend. Spread across time and continents, this is narrative writing of the highest order, a heartbreaking, unforgettable story.

Akash Kapur is the author of India Becoming: A Portrait of Life in Modern India, which was a New Yorker Contributors’ Pick, a New Republic Editors’ and Writers’ Pick, and was chosen by Newsweek as one of three “Must Reads on Modern India.” He is the editor of an anthology, Auroville: Dream and Reality, and the former Letter from India columnist for the international New York Times. His writing has been published in The Atlantic, The Economist, Granta, The New York Times Book Review, The New Yorker, and various other publications. Kapur grew up in Auroville until the age of sixteen, when he moved to America to attend boarding school and college.