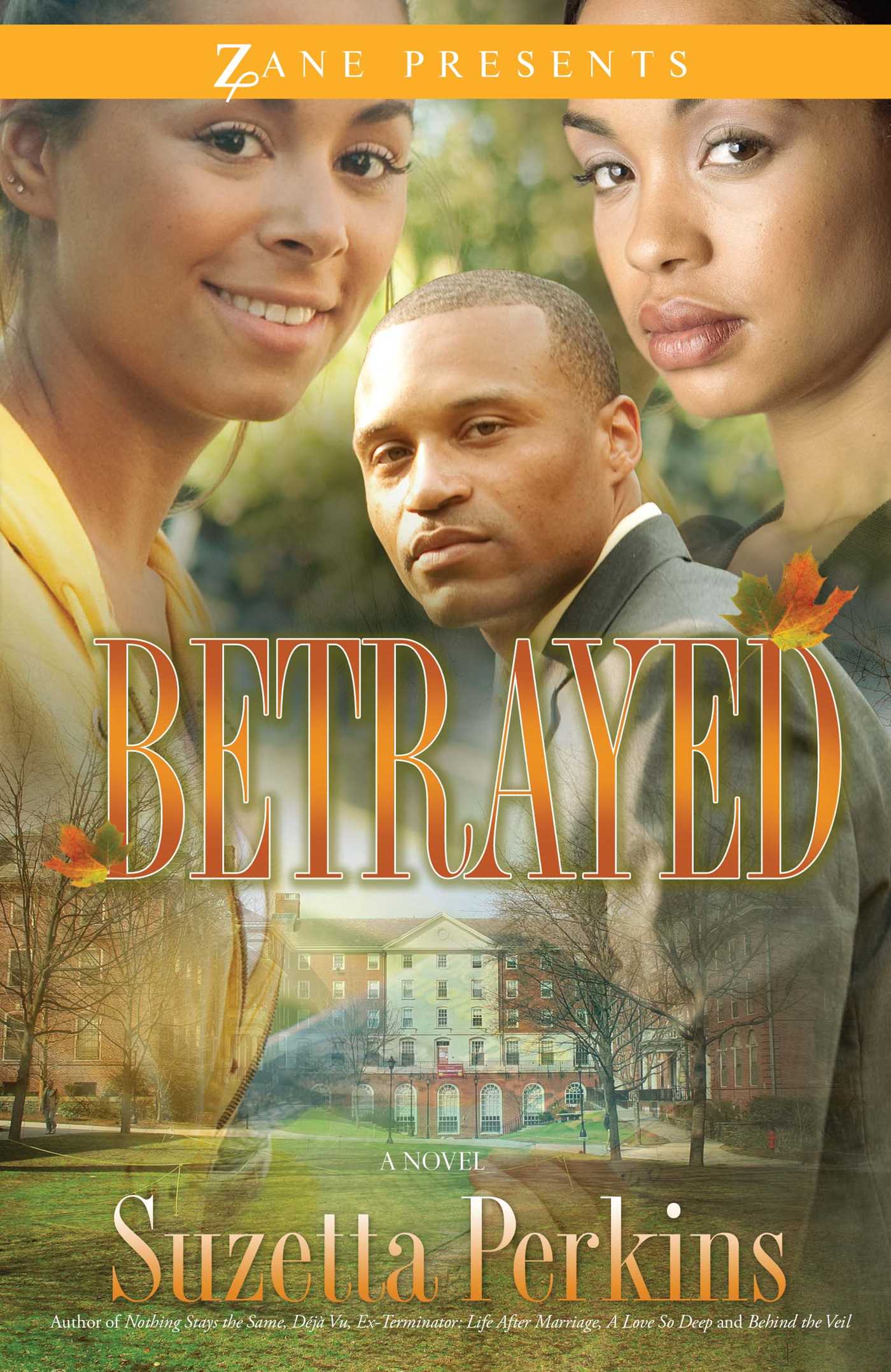 By Suzetta Perkins
LIST PRICE $23.99
PRICE MAY VARY BY RETAILER

Nineteen years after she was raped, Mimi Bailey makes a desperate attempt to protect her secret when she returns to the scene of the crime.

Setrina “Mimi” Bailey is carrying a nineteen-year-old secret that she’d like to remain hidden forever. However, a move to Durham, North Carolina, threatens to expose her secret and forever disrupt the lives of those she’s protected from the truth all those years.

Mimi Bailey was raped by Victor Christianson, her best friend Brenda’s fiancé, while they were in college. Now, Mimi’s daughter, Afrika, who is eighteen years old and college bound, wants to further her education at the same college where her mother still bears the scars of the crime. Mimi is unsuccessful in changing Afrika’s mind. And when Victor gets wind that Mimi is back in the area and has a daughter who looks very much like his own, he stops at nothing to chase them out of town and eliminate the reminder of his infidelity.

A complex tale of mystery and suspense, Betrayed explores the fine line between passion and power...and what we’ll do to protect the ones we love.

Betrayed 1
Mimi sat in the kitchen at the round glass table inset in black marble atop black wrought-iron legs and re-read the entry in her brand new journal. Satisfied, she closed the cover and pulled the book to her chest, reliving in her mind the conversation she’d had a few days ago with her daughter. For nineteen years she had managed to bury and keep a secret hidden and safe, and now the decision to return to Durham, North Carolina, against her better judgment, could possibly make her nightmare a reality.

Unpacked boxes littered the hallway of her new, two-story, two-bedroom condo positioned on a lake. The newness still hung in the air like a home that had been ravaged by fire; only it was the smell of freshly painted walls and new carpet instead of burnt wood.

Mimi sat up straight at the sound of voices at the front door. “Hey, Mommy,” Afrika shouted. “I brought home my new friend that I was telling you about.”

Looking for a place to hide the journal, Mimi jumped up from her seat and pulled out a drawer that she had unconsciously labeled junk, and threw the book in it. She turned around and stared into the face of her daughter and another young lady who looked much like Afrika.

Mimi’s eyes jutted from their sockets and lit up like lights on a Christmas tree as she gazed at what appeared to be a clone of her daughter. She held onto the kitchen counter with her hands for support, her back up against it, afraid to let go for fear that she’d faint.

Mimi closed her eyes for a second and, in her subconscious, saw the man who had torn away her clothes and violated her, leaving her humiliated and broken.

Afrika laughed and snapped her fingers. Mimi opened her eyes. “Mommy, what’s wrong with you? You look like you’ve seen a ghost.”

“Nothing. Nothing at all.”

“Well, this is Asia; the friend I’ve been telling you about.”

“I know,” Asia began. “People say that Nikki and I could pass for twins.”

“Twins,” Mimi said under her breath. Slapping her hands on her hips, Mimi leaned to one side and looked at Afrika. “So you’re going by Nikki, now?”

Afrika always liked to be called by her first name. Prior to coming to Durham, all of her friends called her that.

“Your name is not Nikki?” Asia asked.

“Nikki is short for Nicole, but it’s my middle name. Now, Mommy, please. I want to be called by my nickname, if you don’t mind. As Asia was saying, we’re known as the freshmen twins.”

Asia continued, “Everyone freaks out when we tell them that we only met a few weeks ago.”

“You and Afri…ah, ah Nikki are twins, they say. I must apologize for staring. Ah, Nikki,” Mimi looked at Afrika to confirm that she had chosen the right name, “told me about this wonderful person she had become friends with and had so much in common with. I just didn’t know how ‘in common.’”

“I’m a little darker than Asia, but our hair is about the same length and we wear it in a ponytail. We’re about the same height, and we both love pizza,” Afrika said all in one breath. “But, Mommy, you won’t believe this. We both had a sixth finger that was taken off.”

Mimi’s tongue stuck to the roof of her mouth and refused to open.

“Mommy, what’s up with you? Did you hear what I just said?”

“Afr…Nikki, I heard you. I’m shocked; that’s all,” Mimi said, not venturing to look at Asia. She wanted to run as fast as her legs would take her. It was a mistake, coming back to Durham. Her husband had begged her to go to Germany with him, but it was Afrika’s desire to go a Historically Black College—North Carolina Central, to be exact. Mimi didn’t want to hear anything else—nothing about what Afrika and Asia had in common and in particular, who Asia’s parents were. She held her heart until she felt Afrika shaking her.

“No,” Mimi said, catching her breath and really taking a good look at Asia this time. “Ladies, forgive me. I’m a little stressed out with all the moving. I’m going to make an appointment soon to make sure I’m all right.”

“No, no, that won’t be necessary. All your father will do is worry.”

“My dad is in the Army,” Afrika explained to Asia. “It’s his last tour of duty, and he wanted Mommy to go with him. But you know how mothers are. Mine followed me to Durham so that I would have someone close by, if I needed anything.”

“Where did you come from?” Asia asked.

“Fort Riley, Kansas. My dad was stationed there, but I’m glad to be in a big city. We had to drive either to Topeka or Kansas City to experience the life of a big city.”

“My parents, my brother, and I have lived in Durham all of my life,” Asia explained. “But my grandfather was in the military, and he and my grandmother lived in Germany once.”

“So did my grandparents,” Afrika said. “Wow, another coincidence.”

“I stopped by so Asia could meet you, Mommy. I was hoping that you would be up to going out to lunch. I told Asia what a cool mom I had—that you were fun to hang out with, that you loved shopping, and that you were the life of a party and could sing your ass off. Oops…I mean, can sing your butt off.”

“Yeah, you’re going to have to hang with us one Saturday, Mrs. Bailey,” Asia said. “Maybe do some karaoke. And I want you to meet my parents.”

Mimi fixed her face so the fear that seemed to encompass her body wouldn’t show. She didn’t know what it was, but it was more than a premonition. If anything, the cause of her fear was standing in front of her. No facts to prove anything, but it didn’t seem to be a case of mistaken identity.

With a smile on her face, Mimi patted the two girls on their backs. “I’d love to hang out with the two of you one Saturday. Just give Mommy some advance notice, ah, Nikki.”

“And don’t forget; I want you to meet my parents,” Asia said again.

“Okay, okay,” Mimi said with less conviction as she wiped her brow with her fingers. “I’ll do that.”

She kissed Afrika and gave Asia a hug goodbye. If your parents are whom I think they are, Mimi thought to herself, I have no plans to ever meet them.

She watched as Afrika drove off. Then a terrible thought lit up her mind like an unexpected lightning bolt that splintered the sky. What if Asia took Afrika to meet her parents? Would the same thoughts cross their minds that had crossed hers when they saw Afrika?

“My God, I have to warn Afrika,” Mimi said out loud. But to warn her would require Mimi to give Afrika an explanation. What would she say?

The devil was definitely busy and conspiring to wreak havoc on her life; although she hadn’t been in Durham a good month. At any cost, she was going to shield her child from the threat that might possibly expose her secret that had the potential to be a tabloid size story, even if it meant giving up the $300,000 condo she had yet to completely furnish. Mimi pulled her journal from its hiding place and began to write again. She ended with “Afrika must never find out.” Signed Mimi Bailey.

By Suzetta Perkins
LIST PRICE $23.99
PRICE MAY VARY BY RETAILER