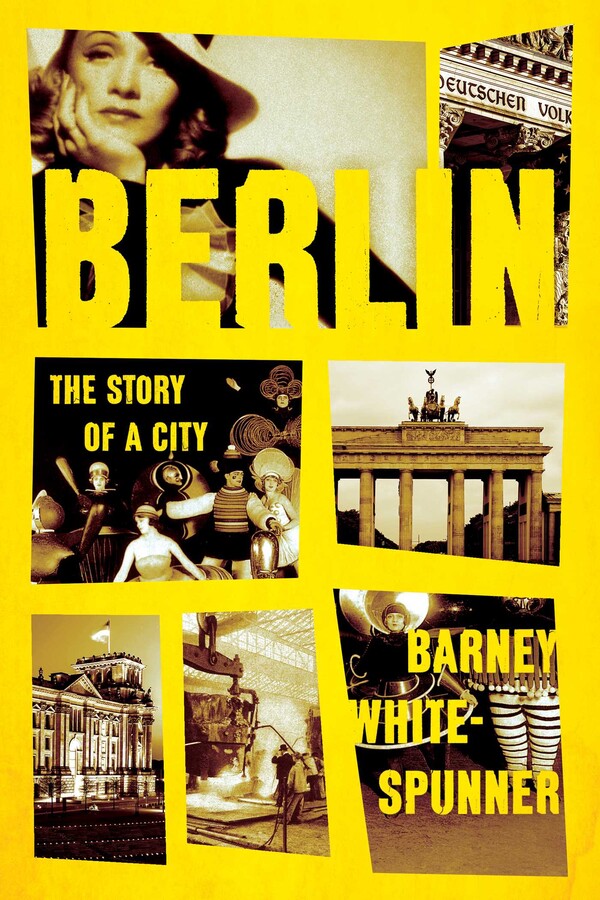 The Story of a City

By Barney White-Spunner
LIST PRICE $34.95
PRICE MAY VARY BY RETAILER

The intoxicating history of an extraordinary city and her people—from the medieval kings surrounding Berlin's founding to the world wars, tumult, and reunification of the twentieth century.

There has always been a particular fervor about Berlin, a combination of excitement, anticipation, nervousness, and a feeling of the unexpected. Throughout history, it has been a city of tensions: geographical, political, religious, and artistic.

In the nineteenth-century, political tension became acute between a city that was increasingly democratic, home to Marx and Hegel, and one of the most autocratic regimes in Europe. Artistic tension, between free thinking and liberal movements started to find themselves in direct contention with the formal official culture. Underlying all of this was the ethnic tension—between multi-racial Berliners and the Prussians. Berlin may have been the capital of Prussia but it was never a Prussian city.

Then there is war. Few European cities have suffered from war as Berlin has over the centuries. It was sacked by the Hapsburg armies in the Thirty Years War; by the Austrians and the Russians in the eighteenth century; by the French, with great violence, in the early nineteenth century; by the Russians again in 1945 and subsequently occupied, more benignly, by the Allied Powers from 1945 until 1994.

Nor can many cities boast such a diverse and controversial number of international figures: Frederick the Great and Bismarck; Hegel and Marx; Mahler, Dietrich, and Bowie. Authors Christopher Isherwood, Bertolt Brecht, and Thomas Mann gave Berlin a cultural history that is as varied as it was groundbreaking.

The story vividly told in Berlin also attempts to answer to one of the greatest enigmas of the twentieth century: How could a people as civilized, ordered, and religious as the Germans support first a Kaiser and then the Nazis in inflicting such misery on Europe? Berlin was never as supportive of the Kaiser in 1914 as the rest of Germany; it was the revolution in Berlin in 1918 that lead to the Kaiser's abdication. Nor was Berlin initially supportive of Hitler, being home to much of the opposition to the Nazis; although paradoxically Berlin suffered more than any other German city from Hitler’s travesties. In revealing the often-untold history of Berlin, Barney White-Spunner addresses this quixotic question that lies at the heart of Germany’s uniquely fascinating capital city.

"Aware that Berliners complain the world knows their city only for its Nazi and Cold War epochs, White-Spunner unfolds a municipal history that illuminates the full complexity of this metropolis’ thousand-year evolution. Thoroughly engrossing!"

The Story of a City

By Barney White-Spunner
LIST PRICE $34.95
PRICE MAY VARY BY RETAILER