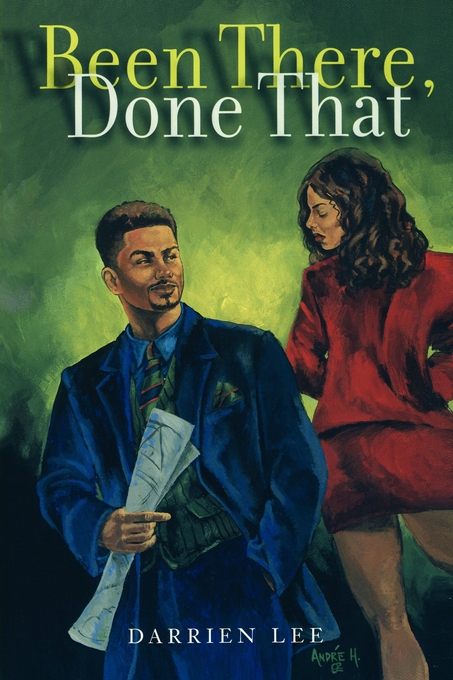 By Darrien Lee
LIST PRICE $18.99
PRICE MAY VARY BY RETAILER

In Darrien Lee's sequel to All That and a Bag of Chips, readers meet up again with Craig Bennett, who is still wary of love even years after his affair with Venice Taylor.

This compelling continuation of the Craig Bennett and Venice Taylor saga reveals Craig to be still smarting from Venice's decision to marry her high school sweetheart despite the passion she and Craig shared during their college romance. Devastated by the loss, Craig has dedicated himself to building his company, Bennett Architectural, Inc., into a multimillion-dollar empire and rising to career success.

Unfortunately, his personal life is not quite as fruitful—even though he has had several meaningless flings with beautiful, intelligent women—due to the impenetrable wall of regret preventing him from reaching out to another woman. As fate would have it, Craig finds himself faced with a challenge that tests his will, trust, and capacity to love and forces him to confront the issues that have been plaguing him for the past seven years.

In Been There, Done That, Darrien Lee crafts a fascinating novel complete with intricate relationships, life-changing decisions, and painful matters of the heart.

Japan seemed like it was a million miles away. Sitting behind his desk staring at his computer, Craig Bennett was engrossed in his work as usual. It only took him five years to build Bennett and Fletcher into the success it was today. He had wealth and success, but he still felt empty. Traveling between his
Philadelphia and Japan offices left him little time for a serious relationship, not that he was looking for one anyway.

It had been seven long years. However, he still felt the sting of losing the only woman he would ever love to another man. The name fell from his lips for the first time in almost seven years: "Venice." Hearing her name in his own voice startled him. He tried his best to forget her by dating other women, but was unsuccessful. She had chosen Jarvis, her childhood sweetheart whom she had married once due to an unplanned pregnancy. They lost their baby during the pregnancy so their parents pressured them into a divorce. Their love was still strong when they left for separate colleges. That's when Craig met her. She was the sister of his best friend and they unexpectedly fell madly in love. Needless to say, after a few stressful months, their relationship came to a sad end. Venice remarried her childhood sweetheart for the only reason it should ever be...true love. Witnessing her wedding was pure hell and he made a vow to remove himself completely from her life. He could never be just a friend like she wanted. Especially after their passionate but brief love affair in college. Since then, Craig tried not to let bitterness enter his heart, but it had. Not directly at her, but at love period. Hell, it was overrated anyway. Angry with himself for thinking about her, he pounded his fist on the desk and put his hands over his face.

A voice came over his intercom. "Mr. Bennett?"

"Your Philadelphia office is on line one."

The days for Venice were starting to run together. Her job as team doctor for the Michigan State University football team only left her with a few hours of quality time with Jarvis and their five-year-old son, Brandon. Being a good mother and wife had always been important to her and she hated the fact that she had lost control of her life. It wasn't the money, because the success of Jarvis in the NFL had made them very wealthy. The fact was she had become burnt out. By both of them being on the road so much, it kept them away from Brandon and she was fed up and needed a break.

They had been married since the tender age of nineteen and were blessed with Brandon two years later. After getting drafted into the NFL, Jarvis was able to fulfill one of his dreams. The other was marrying Venice, his childhood sweetheart.

On this spring morning, Venice and Jarvis were awakened by the pouncing of Brandon on their king-sized sleigh bed.

"Momma! Daddy! Only five more months and I will be in kindergarten!"

Struggling to keep her eyes open, she pulled him down lovingly into her arms. "That's right, Lil' Man, but I wish you would stay my baby just a little longer."

Jarvis removed the comforter from over his head and smiled, seeing the two most important people in his life in a warm embrace.

"Brandon, you're always hungry. You get it from your momma."

Venice grabbed her pillow and playfully hit Jarvis. Within seconds the room erupted in a full-blown pillow fight, until they heard the sound of Brandon's sitter calling for him.

Ms. Camille had been a godsend and was recommended by the minister of their church. She was approximately sixty and lived alone -- except for the times she spent the night to care for Brandon. She was widowed years earlier and never had children of her own. The children she cared for always became her babies.

"Brandon! Where are you?"

Ms. Camille at the bedroom door.

Jarvis threw up his hand to acknowledge her greeting, then turned over and pulled the covers back over his head. It was only six-thirty on a Saturday morning and the first day in a long time that Jarvis and Venice didn't have to work.

Ms. Camille took Brandon by the hand. "Come on, young man, so I can make you breakfast. Let your momma and daddy sleep in this morning. Okay?"

"Okay. Will you fix me some blueberry pancakes like you did yesterday?"

"Only if you help me. Venice, lie down and get some rest. I'll take care of Brandon."

Venice hugged her. "Thank you. I'll be up in a couple of hours."

Smiling, Venice watched her close the door and listened as their voices faded in the distance.

Venice looked over at Jarvis sleeping and decided she would tell him she later wanted to take a leave of absence. For now, she needed a few more hours of sleep.

Removing her robe, she crawled back into bed. Watching him sleep had always been something she enjoyed. He was absolutely gorgeous and he was hers. His skin was the color of Hershey's chocolate, which covered a broad chest, trim waist and powerful thighs.

Venice had to get used to the large groups of women who flocked around the locker room trying to give out their numbers and anything else they thought he would take. Jarvis was grounded and dismissed their nonsense, leaving Venice no reason to worry about his fidelity. He was happily married and always made a point to acknowledge his love for her and their son when he was being interviewed.

Reaching over to stroke his cheek, Jarvis startled her by pulling her warm body against his and planted a soul-stirring kiss on her lips. She parted her lips and savored the taste of him as they moaned in unison. His hands roamed over her smooth skin, lifting her lingerie over her head. His mouth seared her body as he kissed the curve of her neck, then lower. She immediately felt the hardening of his body as they lay flesh against flesh.

Staring into each other's eyes reaffirmed all the love and passion they felt for one another over the years.

"I love you, too, Niecy. Always and forever. Don't you every forget that. Okay?"

Cupping his face with her hands, she whispered, "Always and forever, Babe."

The kiss was heated and urgent as their lips joined as well as their bodies. Venice circled her arms around his neck as he continued to torture her with his kisses. Jarvis smoothed back the hair from her face so he could look into her eyes, darkened with love. Locking her legs around his tight body, she held him where she wanted and needed him to be.

Moments later, wave after wave rocked them as they gave into the release they sought. Perspiration glistened on their skin as they lay in each other's arms trying to regain normal breathing rhythm.

He smiled. "You're amazing, Niecy."

She kissed him on the cheek. "You give me too much credit, Babe."

"I don't think so and I'm not just talking about your loving. You're the best friend I could've ever dreamed of. That's important to me. You're not just my wife and the mother of my son. You are my best friend."

Venice was speechless as she hugged him. "I feel the same way and, by the way, I have something for you."

Venice reached into the night stand and pulled out a velvet case, then handed it to him.

He sat up in bed and asked, "What's the occasion, Niecy?"

Smiling, she anxiously waited for him to open it. "It's for Loving You Always Day."

Jarvis opened the case with a grin and froze. Inside was a beautiful gold cross necklace. He had been shopping for one but hadn't been able to find one that really stood out to him. Venice found the necklace in New York when she went on a business trip with her brother, Bryan. He was a sports agent, so he invited her along for a medical evaluation of a prospective client.

Jarvis pulled the necklace out of the case. "Baby, this is da bomb! Where did you find it?"

She took the necklace and placed it around his neck. "In the Big Apple."

He got up and stared at it in the mirror for several seconds in silence.

He finally turned around with a serious look on his face.

"I knew it was the one as soon as I saw it. Now come back over here and thank me properly."

Jarvis climbed back into bed. Venice wiggled, trying to snuggle even closer, which caused Jarvis' body to respond once again. Running his hand down the length of her backside, he said, "I told you, you are amazing."

She looked into his beautiful soul. "Amazingly in love with you."

After another heated session of making love, they came up for air again.

"I don't believe in giving you any mercy, Jarvis Anderson. You're all I've ever wanted. So rest up, big boy."

Laughing, he kissed her tenderly on her swollen lips. Within minutes, they were in a deep, well-deserved sleep.

Darrien Lee, a graduate of Tennessee State University, is a two-time Essence bestselling author. Her books include, All That and a Bag of Chips, Brotherly Love, and What Goes Around Comes Around. She has been featured in several magazines, including Romantic Times magazine and the Nashville Tennessean. She lives in LaVergne, Tennessee, with her husband and two daughters.

Zane National Bestselling Author of Addicted, The Sex Chronicles, Shame on it All, The Heat Seekers, The Sisters of APF and Nervous Darrien Lee has written a truly impressive sophomoric novel that will catapult her to the top of the favorite authors list of many avid readers.

By Darrien Lee
LIST PRICE $18.99
PRICE MAY VARY BY RETAILER