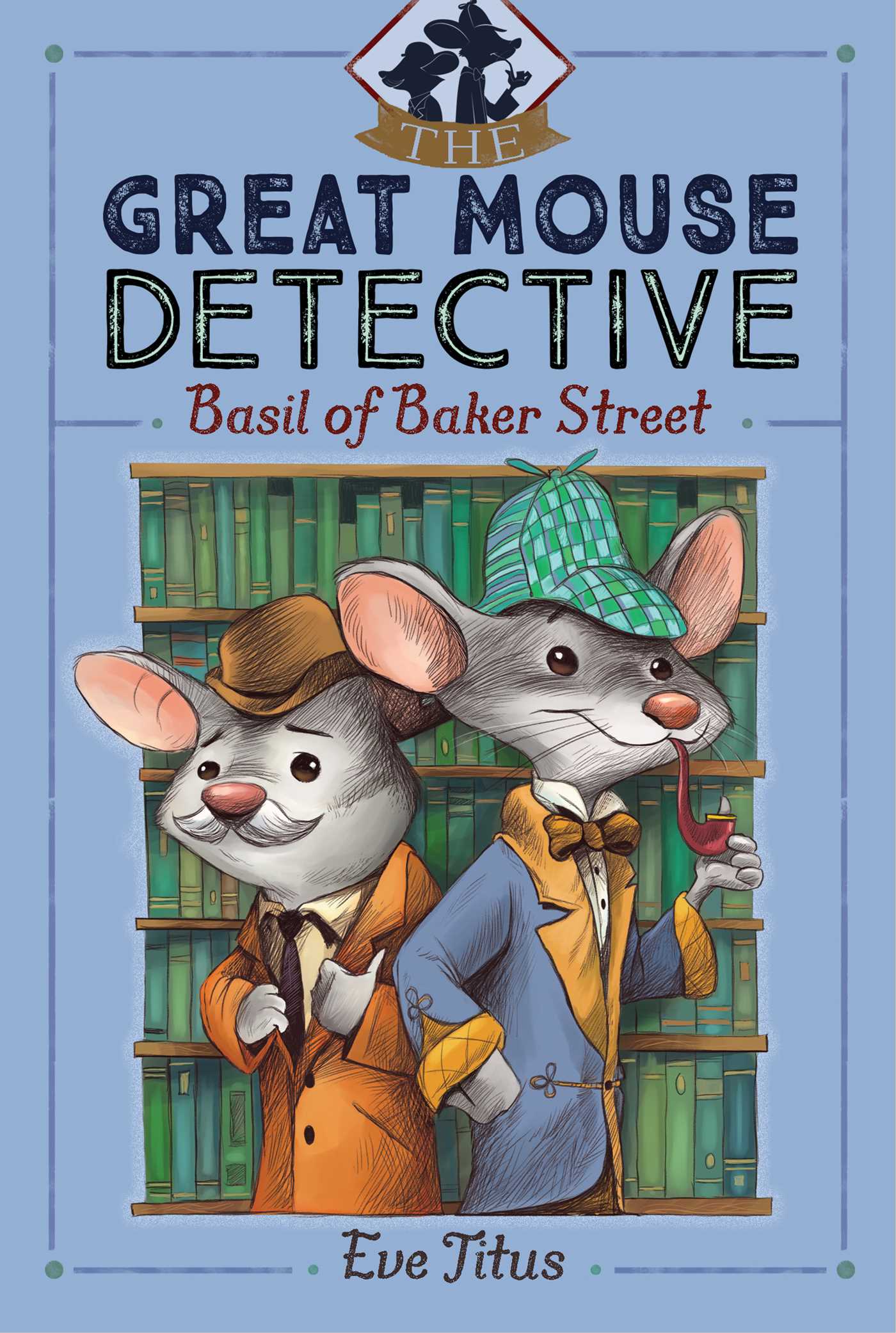 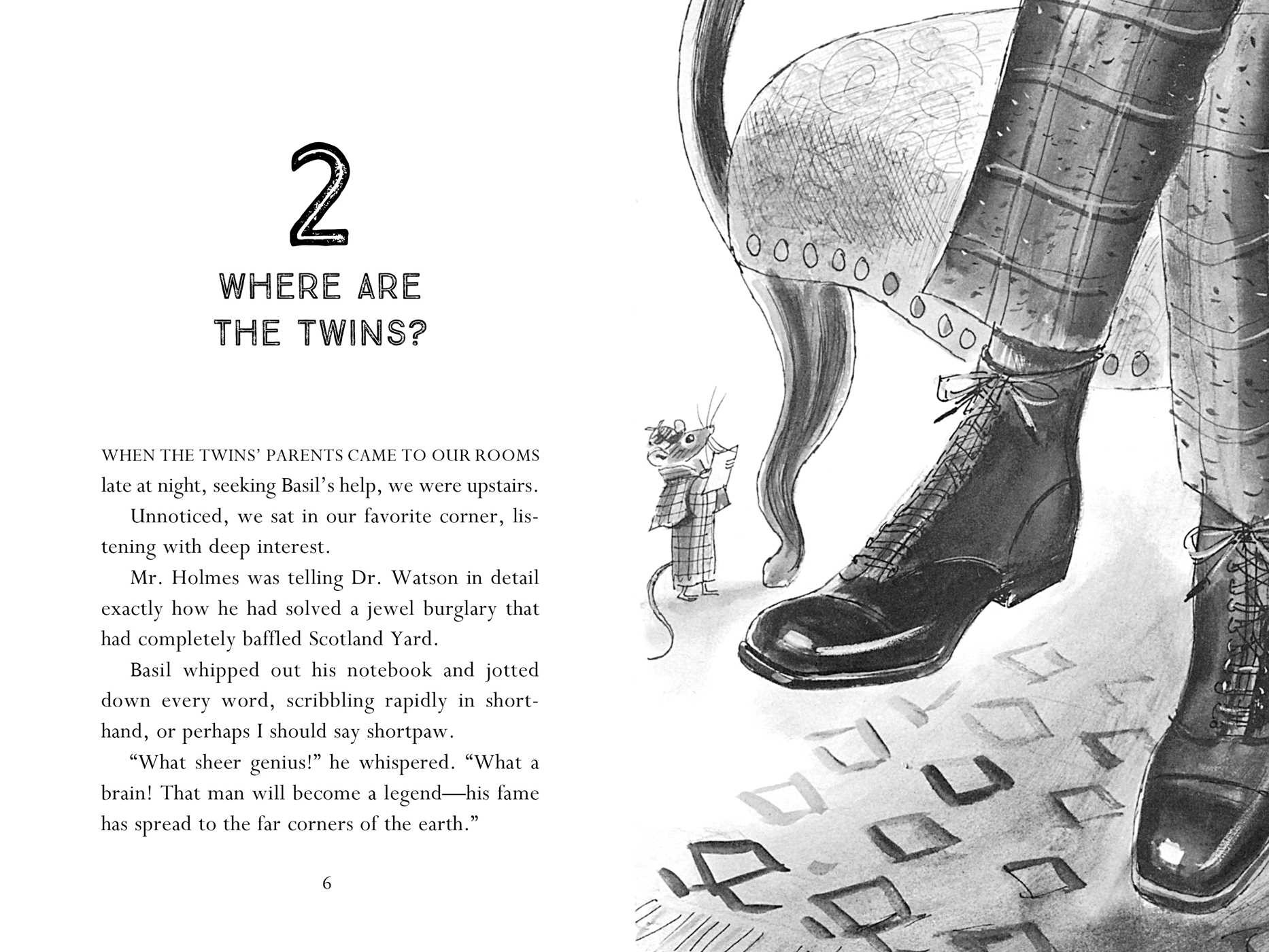 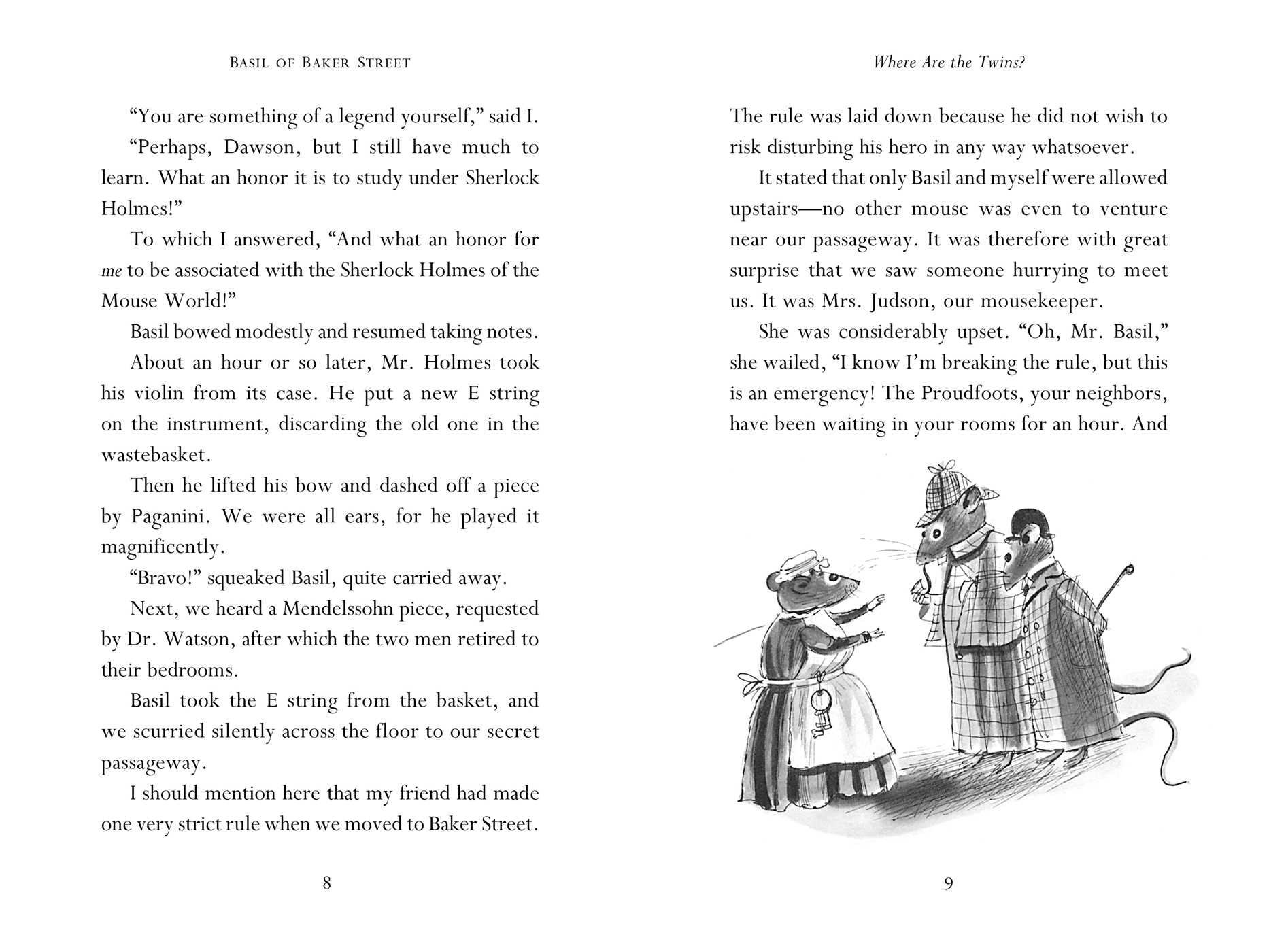 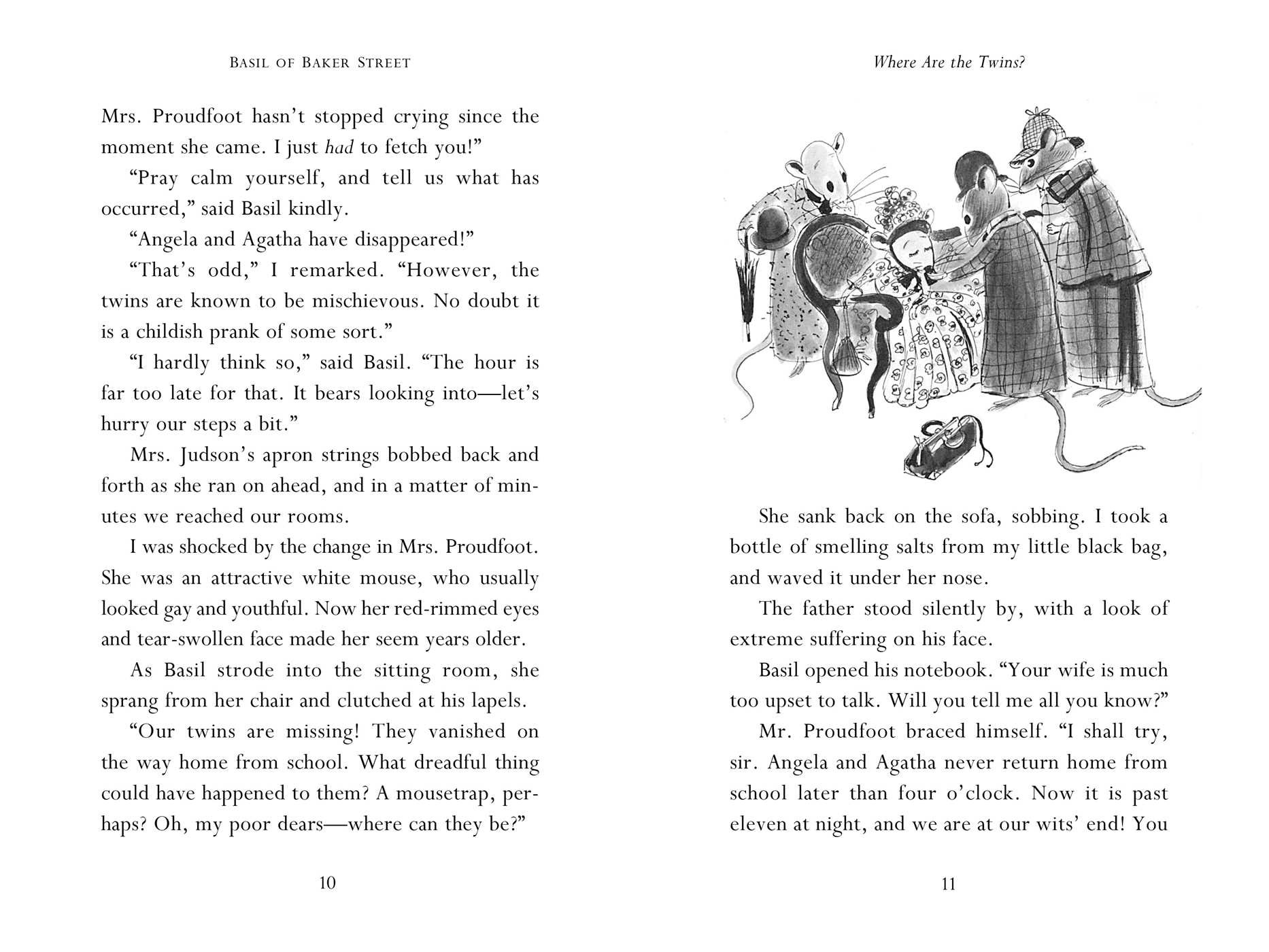 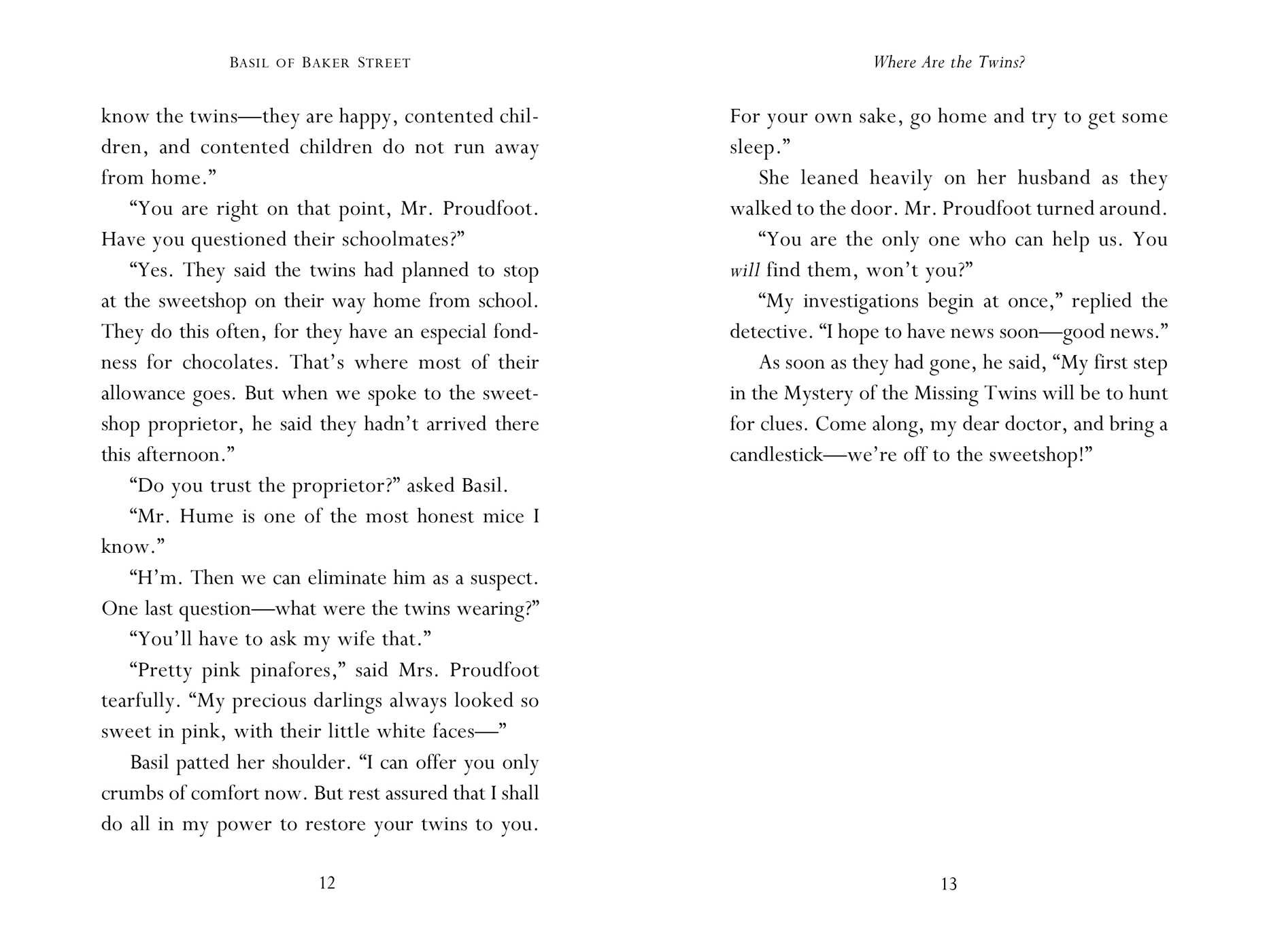 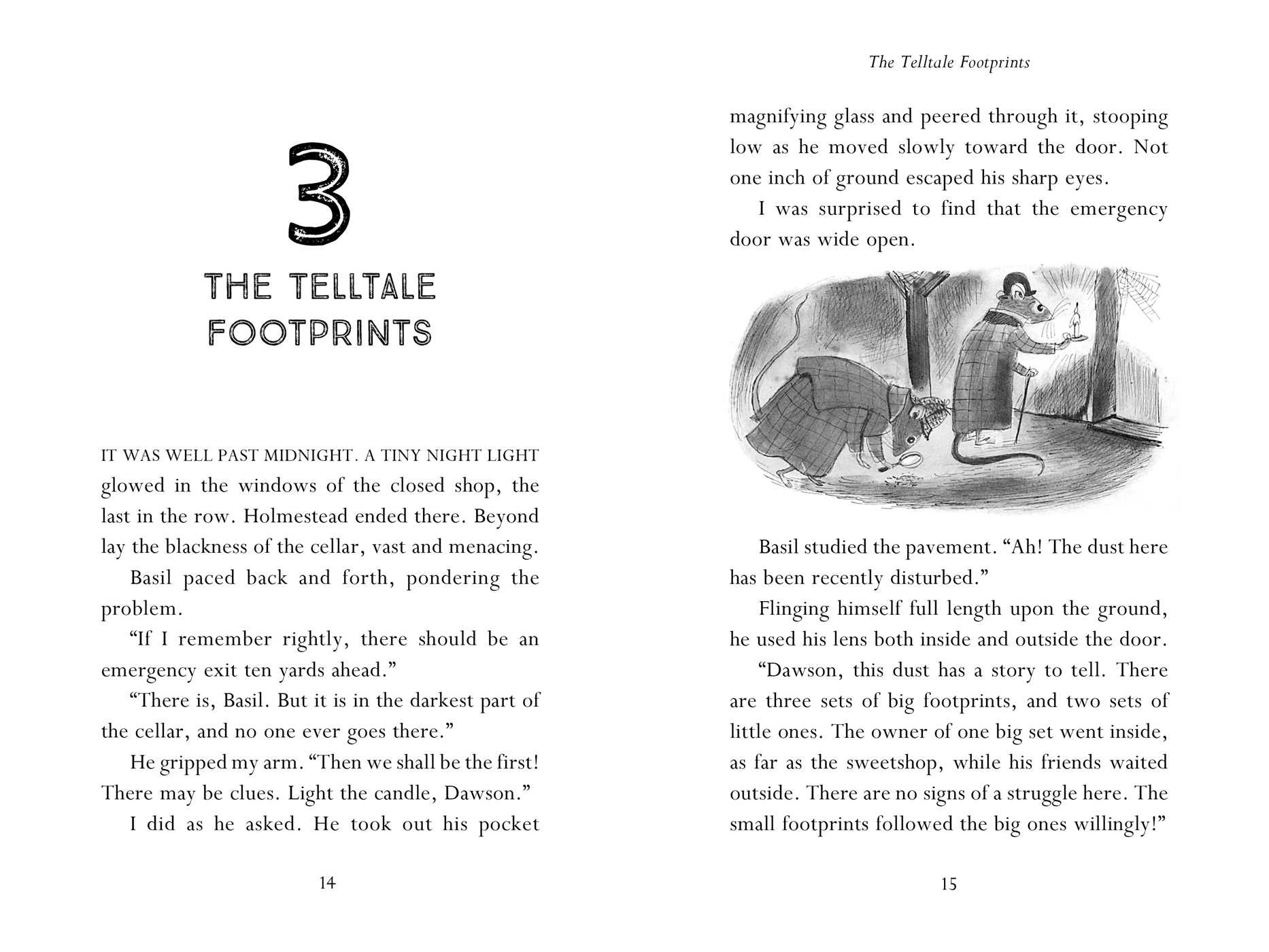 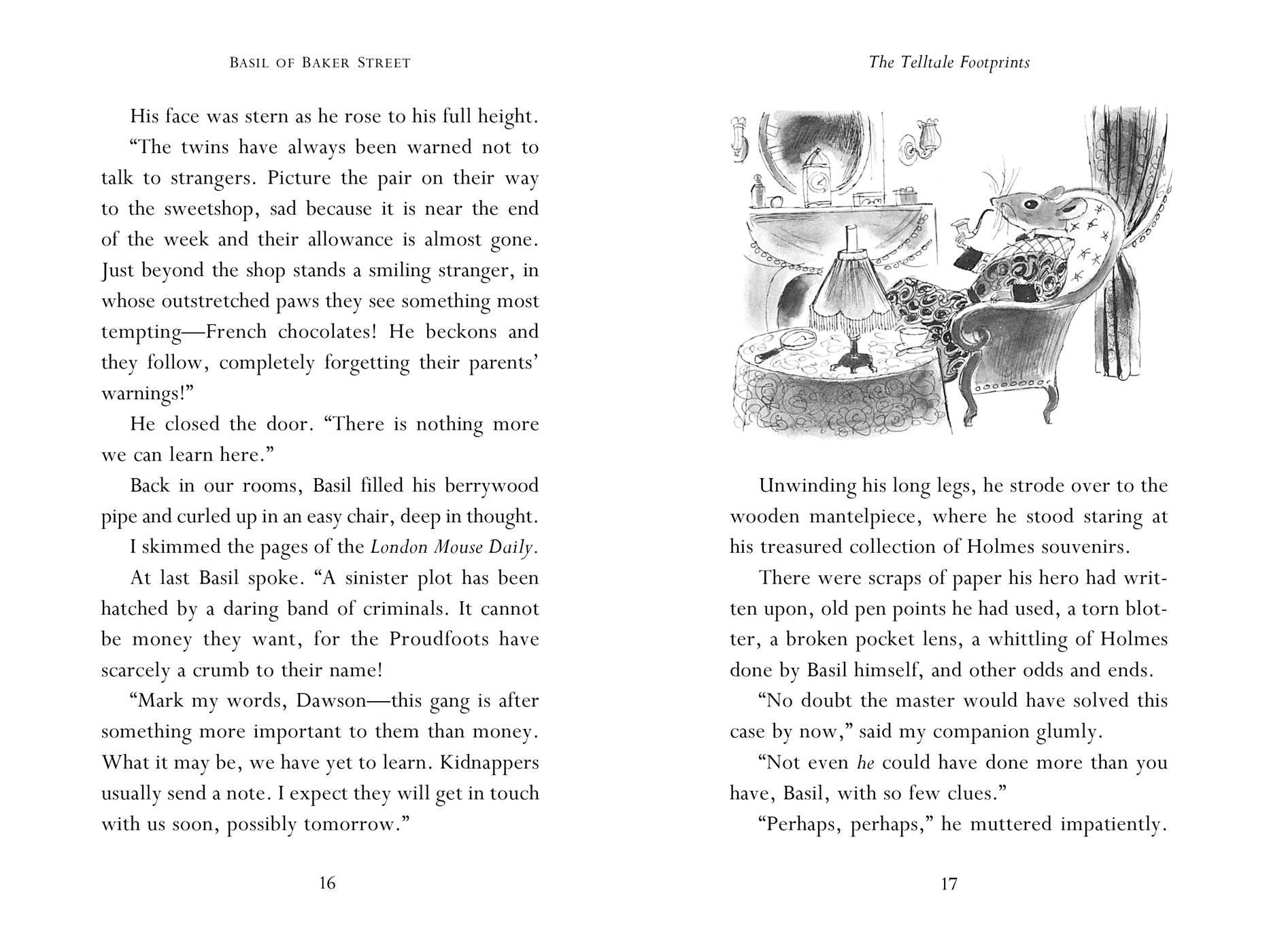 Book #1 of The Great Mouse Detective
By Eve Titus
Illustrated by Paul Galdone
LIST PRICE $16.99
PRICE MAY VARY BY RETAILER

Named one of “13 Detective Book Series You Obsessed over as a Kid” by Buzzfeed.com and the inspiration for a hit Disney film, the masterful Great Mouse Detective series is now available to a whole new generation of readers!

Basil—the famous sleuth of mousedom—lives in the cellar of Sherlock Holmes’s house. A devoted admirer of the great detective, he has learned his craft by listening at the feet of Holmes himself. But will it be enough to help Basil solve his most baffling mystery yet?

The Mystery of the Missing Twins is one of the strangest cases in Basil’s career. With only a few crumbs of clues with which to find answers, how is he ever going to figure out where Angela and Agatha are being kept—and, of course, who mouse-napped them! Will Basil’s mouse sleuthing skills be up to the task of finding the twins before it’s too late?

Basil of Baker Street 1 BASIL, THE SUPER SLEUTH
THE MYSTERY OF THE MISSING twins could never have been solved by an ordinary detective.

But Basil, of course, was far from ordinary. Even before the kidnappers’ note came, his keen mind had deduced what the criminals really wanted.

“Mark my words,” he told me, “the disappearance of Angela and Agatha is only the beginning. The criminals plan to strike at all of us!”

He was quite right. But there was a long and dangerous road to be traveled before the pieces of the puzzle fell into place.

Who masterminded the plot? What was the motive behind it? How were the twins lured away?

And Basil—what sort of sleuth was he?

To make these matters clear, I shall tell you something of his amazing career as a detective, and then relate the events leading up to the crime.

Pray allow me to introduce myself. I am Dr. David Q. Dawson, Basil’s close friend and associate.

Basil was as famous a detective in our world as was Mr. Sherlock Holmes in the world of people.

This came about because he studied at the feet of Mr. Holmes himself, visiting him regularly in his rooms at Baker Street, Number 221B.

I usually went along. We would scurry up to the sitting room shared by Sherlock and Dr. John H. Watson. Well-hidden, we would then listen closely as Mr. Holmes told his friend exactly how he solved his cases.

Thus Basil learned the scientific side of sleuthing from the best teacher of them all.

Mr. Holmes was tall and thin, with sharp, piercing eyes. And if ever a mouse may be said to resemble a man, then Basil was the mouse!

He even dressed like his hero, thanks to a clever little tailor who copied Sherlock’s wardrobe almost exactly.

But the long trips to Baker Street, in all sorts of weather, were tiring and often risky. We braved many a blizzard to reach our goal.

One evening, leaving by way of the cellar, Basil stopped so suddenly that I almost bumped into him.

“Observe, my dear doctor,” he remarked, pointing with his walking stick. “Observe how clean and spacious is this cellar. What a far cry from our crowded, dingy dwellings in the East End!”

His eyes lit up. “We could build a town here. Picture a row of cozy flats on that empty shelf next to the front windows—plus shops, a school, a library, a town hall, and other buildings. A name for the town? Ah, I have it—Holmestead!”

“A brilliant idea, Basil! Best of all, we could steal upstairs to listen to our beloved Sherlock as often as we pleased.”

“Precisely,” said my companion, smiling. “We shall put it to a vote at our next town hall meeting.”

The forty-four families in our community approved.

Basil drew up the plans. Carpenters traveled to Baker Street night after night, working at breakneck speed, and within two weeks the move was made.

Holmestead was a model town, and mice from all over London came to look and to marvel.

The flat Basil and I shared fronted the street, so that we could see our callers before they entered, just as Mr. Holmes did.

Basil listened long and often to the master, and it soon seemed as though there were no mystery too tangled for him to unravel.

Mice journeyed long distances to consult him, even French mice from across the Channel. Rich or poor, no one in need of help was ever turned from his door.

He brought so many criminals to justice that evildoers trembled at the mere mention of his name.

Then, but one month after we had moved to Baker Street, the strangest case of Basil’s career began.

Book #1 of The Great Mouse Detective
By Eve Titus
Illustrated by Paul Galdone
LIST PRICE $16.99
PRICE MAY VARY BY RETAILER