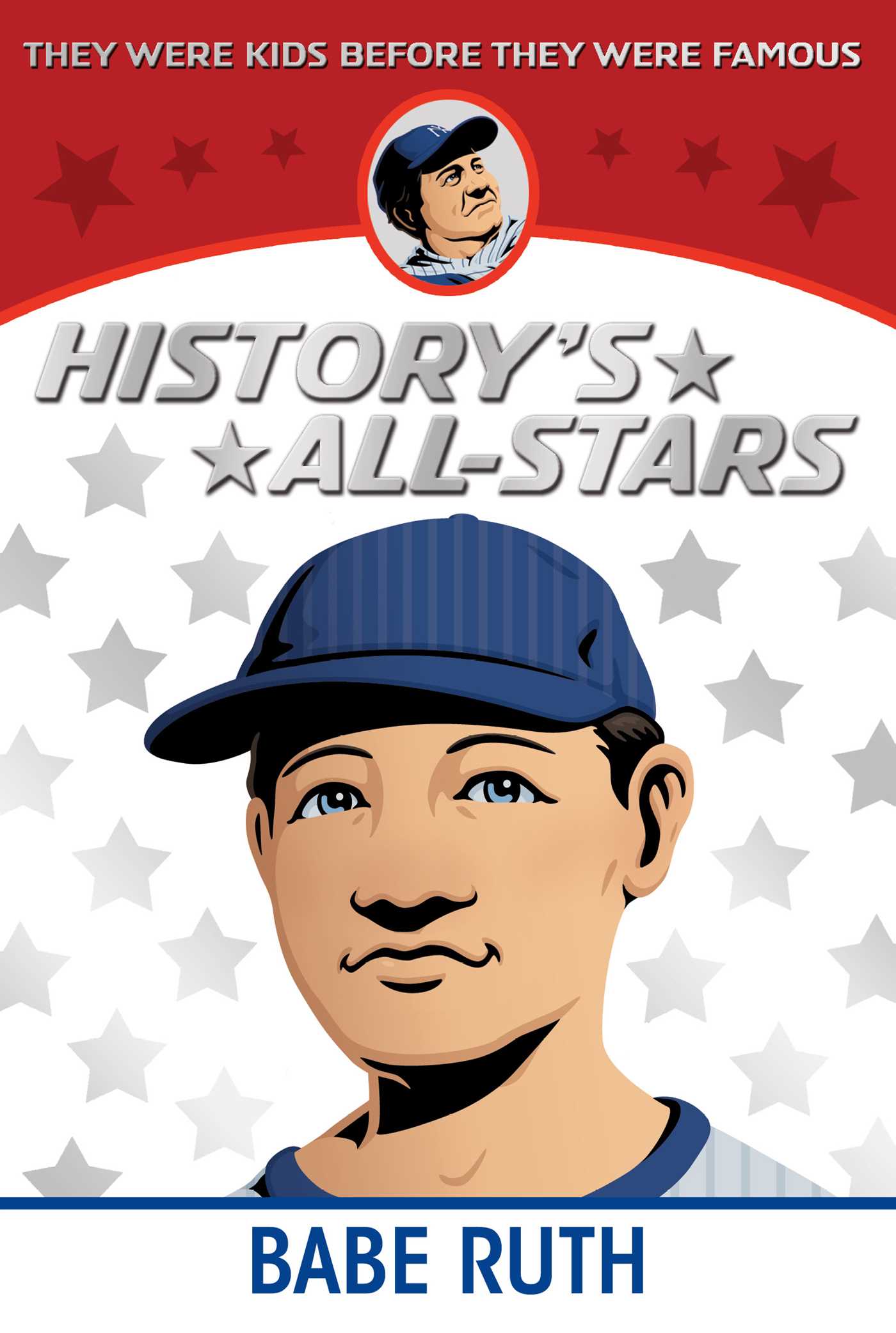 Babe Ruth was one of the first five players inducted into the Baseball Hall of Fame, and for good reason: he broke countless records and hit 714 home runs, an achievement that went unmatched from 1935 until 1974. A legend in baseball and an American icon, Babe Ruth’s impressive tenure with the Red Sox and later the New York Yankees left an enduring legacy.

But did you know that Babe Ruth spent his childhood in an orphanage and reformatory—and that baseball was introduced to him by monks? This narrative biography explores the early life and influences that shaped an athletic boy into an American sports hero.

OH, THAT GEORGE!
THE DOOR OF the little restaurant flew open. A tall, seven-year-old boy dashed out. Bang! went the door as it closed behind him. Headlong he ran along West Camden Street in Baltimore. It was a warm day in April 1902.

The boy nearly collided with two women walking toward him.

George stopped suddenly. He thrust back the mop of dark-brown hair from his forehead. He grinned sheepishly. “’Scuse me, Mrs. Callahan,” he said. “I’m in a hurry!” He pushed past the women on the narrow sidewalk and ran down the street as fast as he could go.

Both women turned to watch.

“That boy!” said Mrs. Callahan. She shook her head. “But I guess it isn’t his fault. He hardly has anyone to look after him.”

“Why, what’s the matter?” asked her companion, with a concerned look.

“Well, his father and mother work awfully hard trying to make a living in that little restaurant. Half the time Mrs. Ruth is sick. And she’s got a daughter, Mamie, to look after. So nobody pays much attention to George.”

Mrs. Callahan sighed. “And the things that go on in that restaurant! The men seem to do nothing but fight and talk loudly.”

“Are they sailors and oystermen?” her companion asked.

“Yes, and the roughest kind, I’m afraid. It’s certainly the wrong place for a headstrong boy like that George Ruth. One of these days I’ve a mind to call the police.”
ON THE STREET
George whirled around the next corner. He was bubbling with energy. He caught up with three boys walking along halfway down the block.

“Hiya, Slats!” he shouted to a thin-faced, sandy-haired boy. George slapped him on the back in greeting.

Slats stumbled and nearly fell. He gulped hard before he could speak. “Hey, what’s the idea?” he managed to say. He picked up a stick and started for George.

George burst out laughing. “What’s the matter?” he roared. “Can’t you take a joke?”

The other two boys laughed too.

“I thought you were tough, Slats,” shouted one, a short red-haired boy.

“I guess George doesn’t know how strong he is,” said the boy named Jim.

“Well, lay off me,” growled Slats, still waving his stick.

The boys walked along the sidewalk.

“Where are we going now?” asked Red.

“Down to the docks!” George shouted. “Come on!”

“What’d you bring Jim along for, Red?” asked Slats.

“I never have been to school,” George boasted in a loud voice.

“Why, what about your mom and pop?” Jim asked in surprise. “Don’t they care?”

“Aw, they’re too busy to know what I do,” George answered. “They wanted me to go, but I wouldn’t.”

He was bragging very loudly. It made him feel big. But he suddenly remembered how sad Mom had been when he refused to go. He didn’t feel quite so sure of himself.

“Oh—I—” George stammered. He couldn’t stop thinking about Mom lying upstairs in bed, about her begging him to go to school and to stay out of trouble. It made him feel so bad that he couldn’t answer Slats.
Guernsey Van Riper Jr.

Guernsey Van Riper, Jr. attended DePauw University in 1926. He earned two varsity letters as quarterback on the football team and one letter as a first baseman on the baseball team. After graduating, he worked in advertising then became an editor at Bobbs-Merrill Publishing Company. He turned his love of sports into books, writing biographies of Lou Gehrig and Knute Rockne along with ten other children’s books.