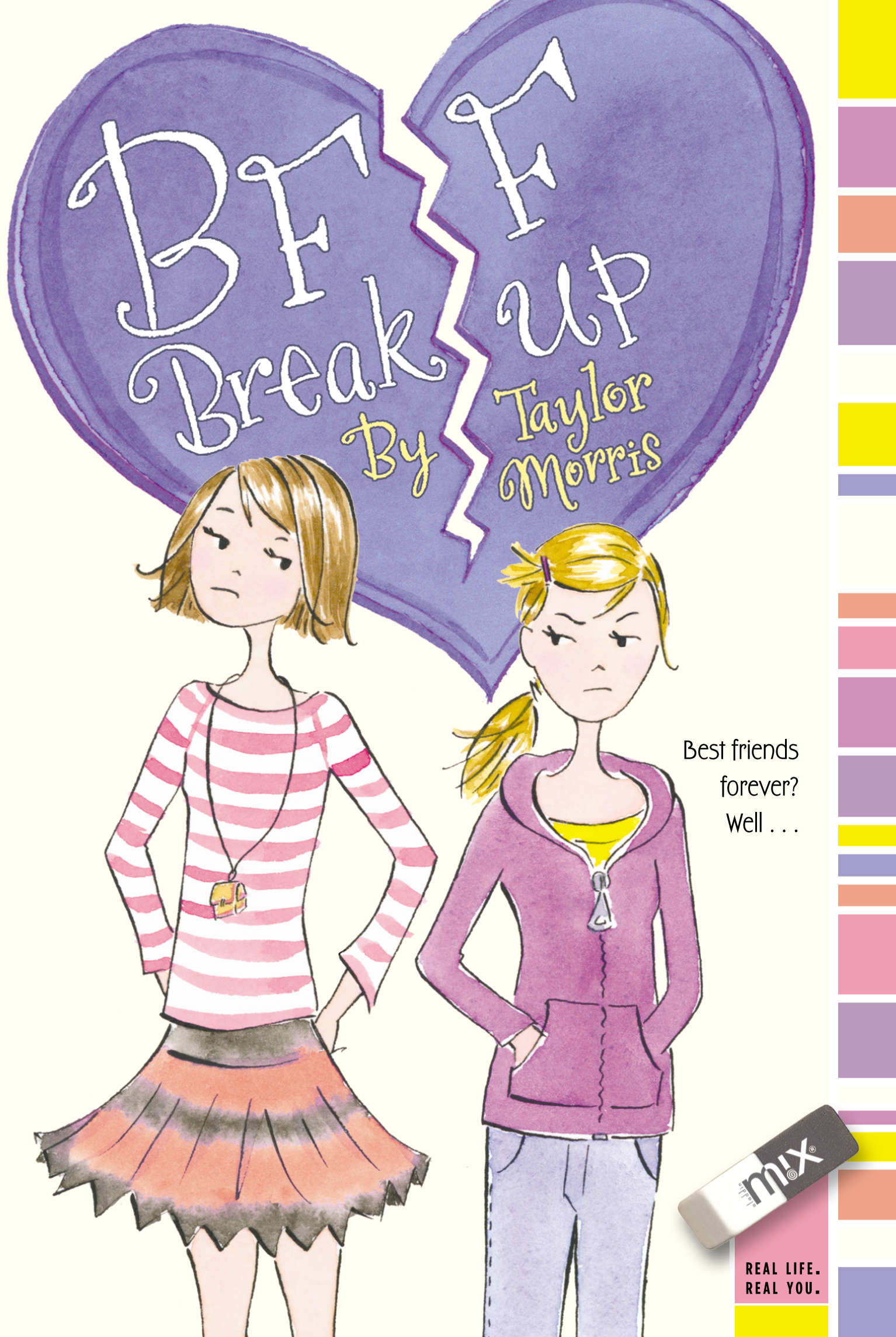 Part of mix
By Taylor Morris
LIST PRICE $6.99
PRICE MAY VARY BY RETAILER

Brooke and Madeline have been best friends since they first met. And now they're going to be best friends in high school, then go to the same college where they'll be roommates, date—and marry—boys who are also best friends. Finally they'll live next door to each other and go on family vacations together. Nothing could possibly change that, right?

Well not so fast. A new school year brings new challenges, and suddenly Brooke and Madeline’s friendship isn’t looking so solid. When the cracks in the relationship become chasms, is there anything worth salvaging at all?

Taylor Morris has written a laugh out loud funny, touching, novel about what happens when "Best Friends Forever" becomes "Best Friends No More."

1 BROOKE
MADELINE GOTTLIEB WAS NOT JUST MY friend, but my best friend in the entire world, universe, everything known to man—Madeline Gottlieb was my best friend forever. That’s exactly what we planned on, because we knew nothing could ever, not in a million years, happen to split us up. We would have lockers next to each other all the way through high school, we’d go to the same college and be roommates, we’d be each other’s maid of honor and marry guys who were best friends, and we’d take vacations together. Our kids would be best friends. We’d live next door to each other and laugh about our old age and how young we once were.

See? We were dead serious about the BFF thing. Best friends forever. Not just until we started junior high or high school, but forever. Okay? That’s how it was supposed to be. And then she had to go and ruin it.

I walked down the halls before seventh period, the knot in my stomach tightening. I had to stop by my locker to get my books for my next two classes, but believe me, if I could have physically carried all my books for the entire day, I would have. But my history book was huge and so was my AP English book, so I had to stop by and run the risk of seeing her there, with her snotty friends and breezy attitude. Like nothing ever happened, including our entire friendship.

Since we’re talking about it, I was starting to think I really did hate her. That is what’s so crazy to think about. I hated her in a way that made my eyes fill with tears because she wasn’t my friend anymore. And just like once I could never imagine a world in which we wouldn’t be friends, now I couldn’t imagine a world in which we could ever be friends again. We’d never swim in her pool when it was raining with dark clouds overhead and hoping it didn’t lightning because then her mom would call us in for sure. We’d never race four-wheelers in the back field between our houses. My mom would never make us cinnamon rolls from scratch on Saturday morning after a sleepover, and our moms would never again joke with each other that we were like sisters they shared custody of.

As I got closer to my locker, which was directly below hers, I strained my neck to see if she was there pulling out her history book for one of the two classes we have together. In another world, we’d be walking to class together and she’d ask me to hold her book while she finished up last night’s homework. Now it sort of made me want to throw up.

Yeah, junior high and I are having a great time together.

Oh, joy, I thought, when I saw her there. And worse, she wasn’t alone. Susanna, Madeline’s new-and-improved BFF, was there waiting on her and talking her head off. Susanna was known to say such profound things as, “So I was like, oh my god, nu-uh, you know?” and that was the crux of her nail-biting storytelling. For real.

Madeline looked like the after part of a makeover, and I’m not saying that as a compliment. She must not have realized that she looked perfectly wonderful just the way she was before she started hanging out with Susanna and the other trolls. She was wearing dangling earrings, colored tights, a frayed denim mini, and bracelets that made too much noise, the same kind Susanna wore. Everything on her was new and, to borrow a phrase from my mom, it didn’t look like money well spent.

I took a deep breath and went to my locker. I did not look at Madeline even though she was inches away from me.

Susanna immediately stopped talking when I walked up. Madeline stepped to the side so I could open my locker. Kneeling below my former best friend was such a great way to not feel awkward about the whole situation, let me tell you. I highly recommend!

“So anyway,” Susanna said, as if she’d just been rudely interrupted. “I told my mom that this year my birthday party was not going to be themed. It’s just a party—for and about me!”

I started to gag—like I actually started sputtering a cough. They both ignored me because that’s what they do. They’ll totally be in AP Ignore Brooke by second semester.

“Yeah,” Susanna said. “Only the best people will be invited. No way will I allow some loser in homemade clothes to come to my party. Maybe I should—”

I lost the thread of their totally boring conversation because something knocked me on the head, sending me off balance and almost causing me to slam my forehead into the sharp side of my locker door.

“Ow!” I hollered, putting my hand on my face. In a split second I saw Madeline’s splatter-painted bag (also new) swing back up onto her shoulder.

“Oops,” she said, looking down her ski-jump nose at me.

“Watch it with that thing,” I said, and from the corner of my eye I could see Susanna trying not to laugh, but actually not trying at all.

“Accident.” She shrugged like it was no big deal. I kept rubbing my head—it didn’t hurt, but I wanted her to think that she’d really whacked me. She didn’t seem to care either way.

Susanna really started laughing, and Madeline snickered too. My face burned. Had I really been friends with this mean girl? I slammed my locker shut and pushed my way down the hall before they could see my cheeks burning and the slight (slight!) welling of tears in my eyes. I couldn’t let Madeline and her OMG friend make me feel upset, but it was hard, to the point of exhausting.

When I got to history I slumped down in my seat, angry and humiliated. Madeline strolled in, looking like she’d just come from a leisurely jaunt in the woods, her cheeks glowing healthily. I immediately started searching through my folders and opening my textbook and writing gibberish and doing everything at once to make it look like those ten seconds in the hall hadn’t just happened. As I wrote nonsense in my notebook (so what now and then can’t tell chocolate and sprinkles), I couldn’t stop the one simple thought that had been at the front of my mind every day and every moment since this all started: How could she? 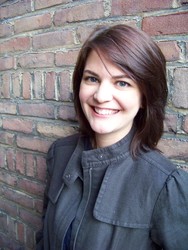 TAYLOR MORRIS is the author of the Hello, Gorgeous! series and the Aladdin Mix titles Class Favorite and Total Knockout. She lives in New York City with her orchestra conductor husband, Silas, and their two cats, who have hyphenated last names. She thinks that having a fight with a best friend is one of the worst things a girl can go through. Tell her about your BFF woes at www.taylormorris.com

Part of mix
By Taylor Morris
LIST PRICE $6.99
PRICE MAY VARY BY RETAILER