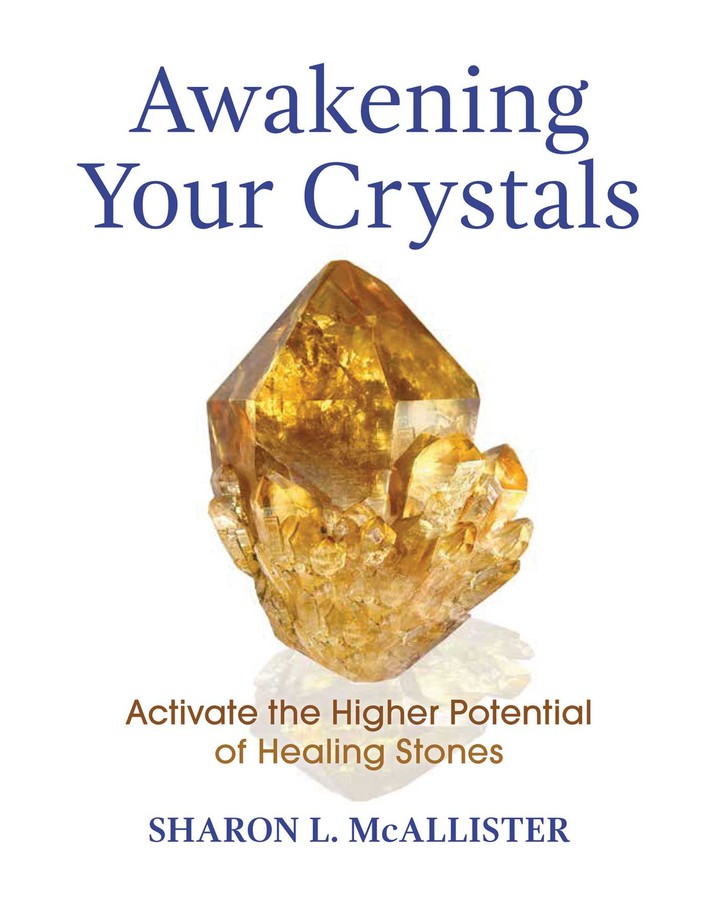 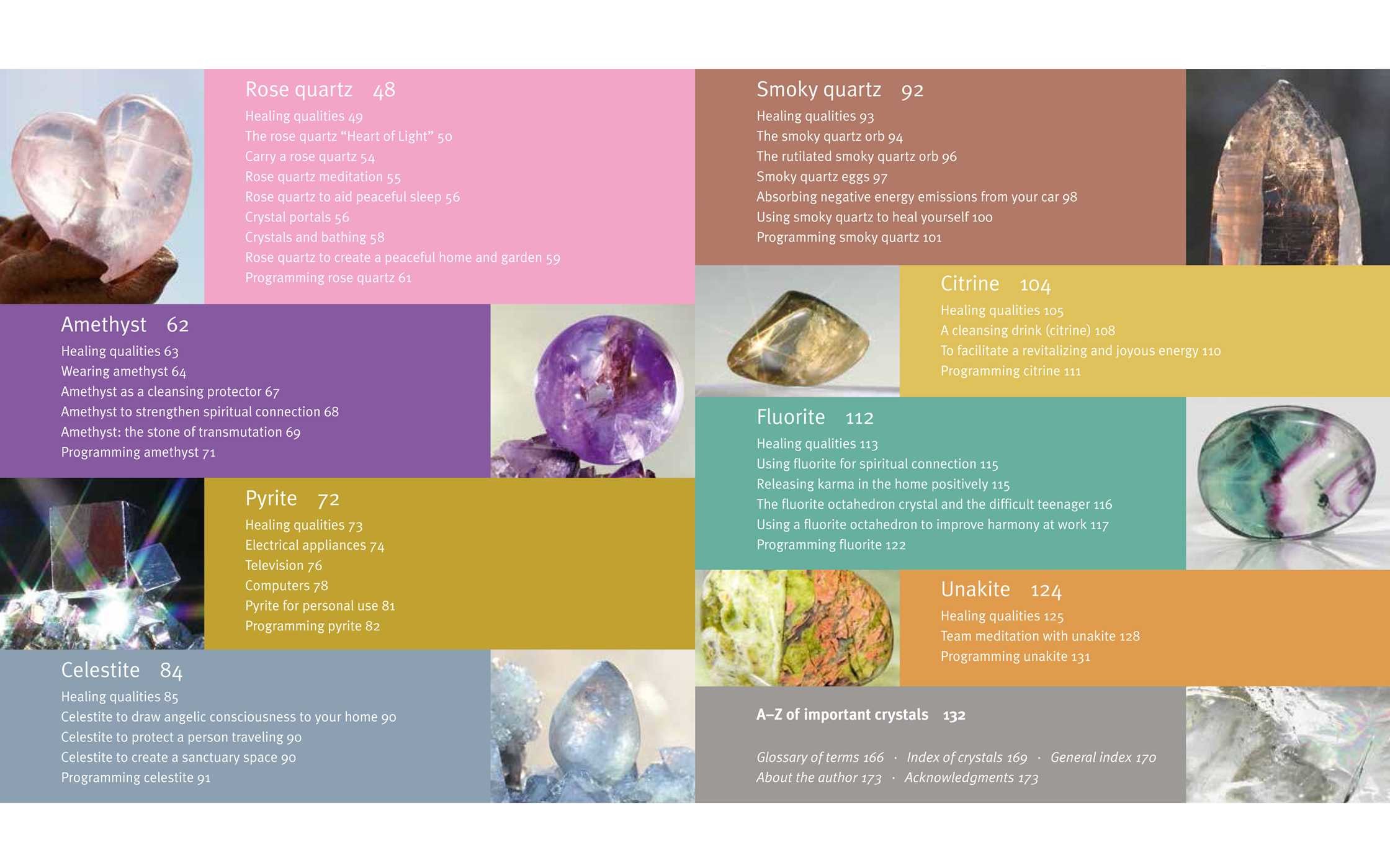 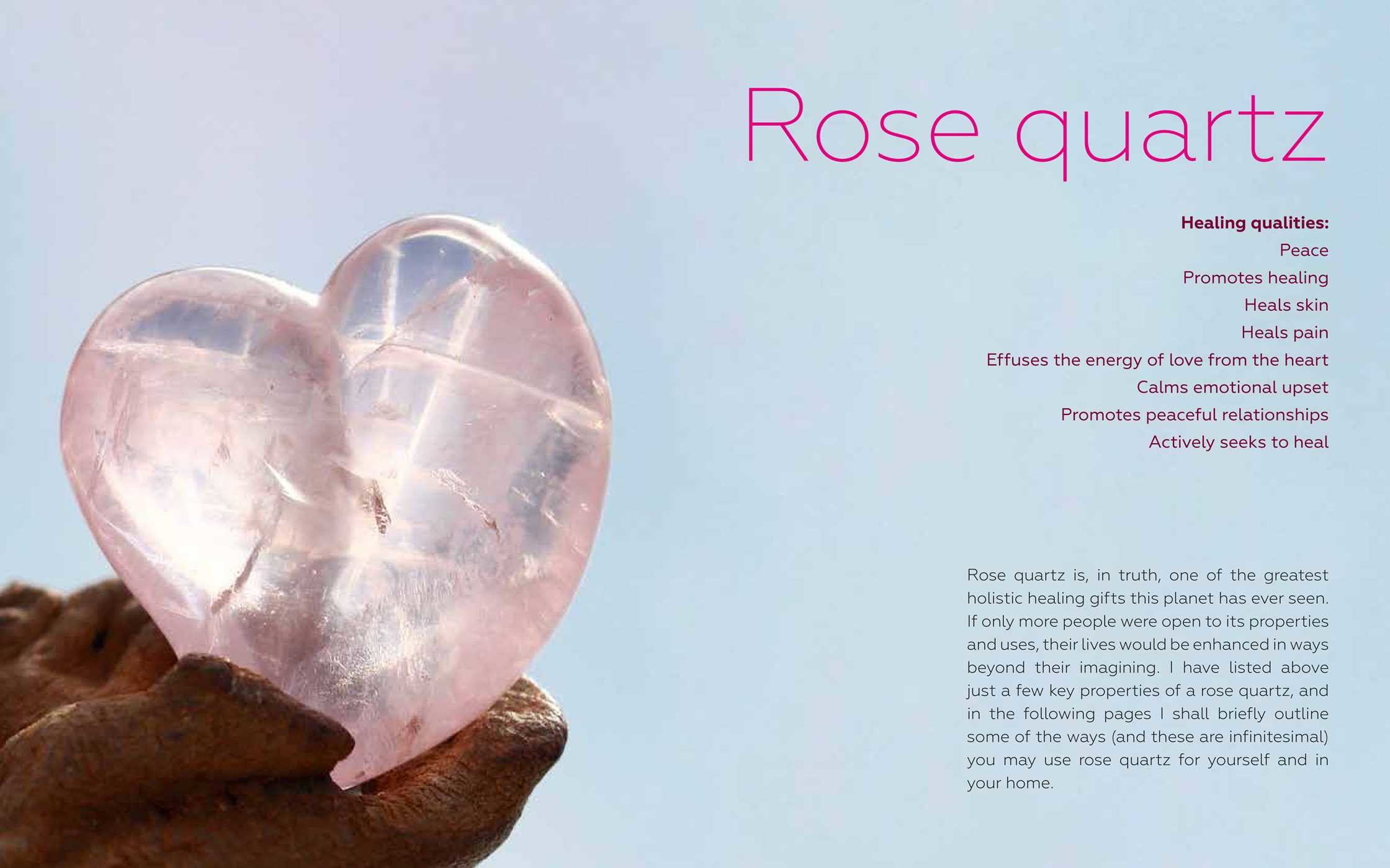 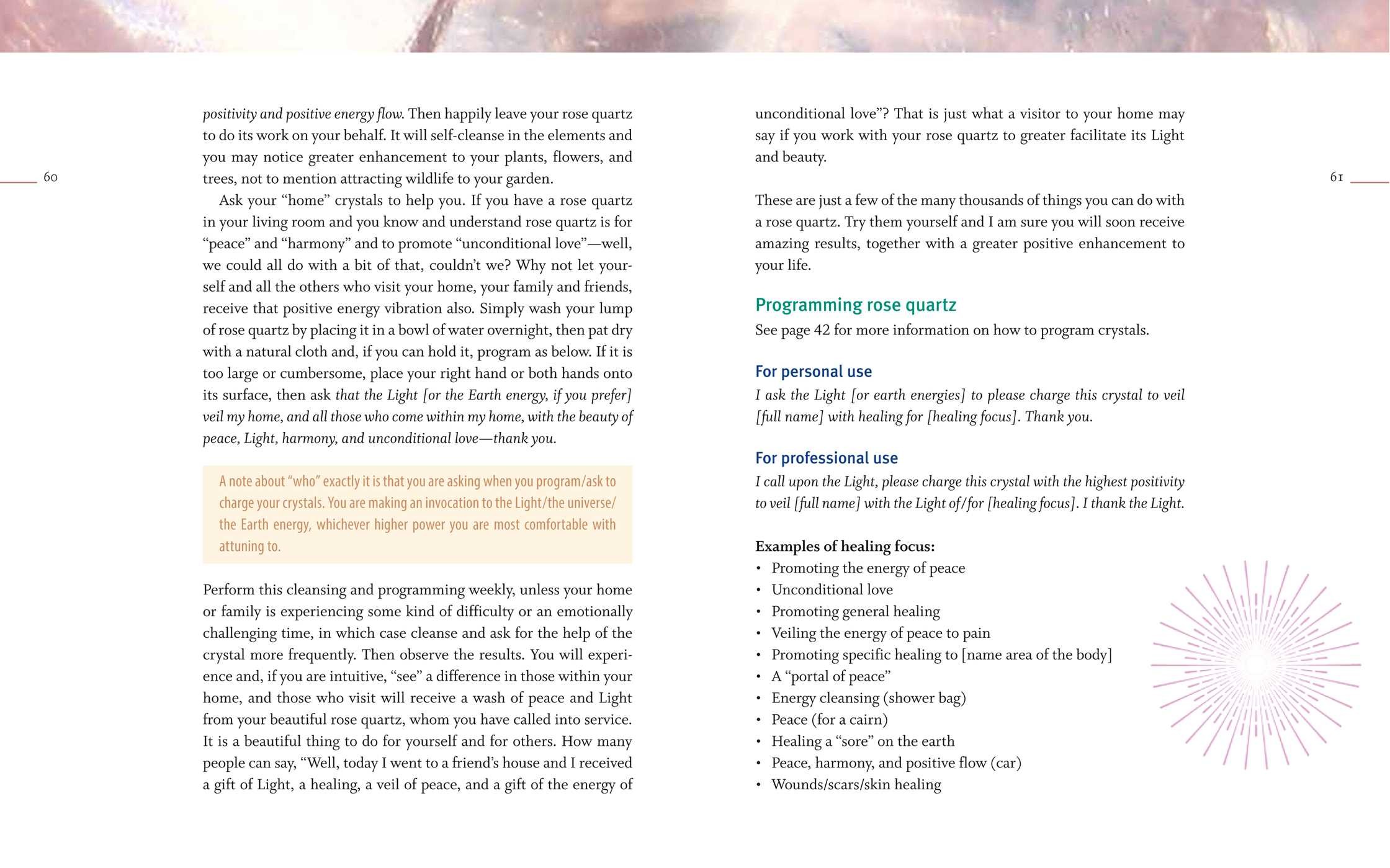 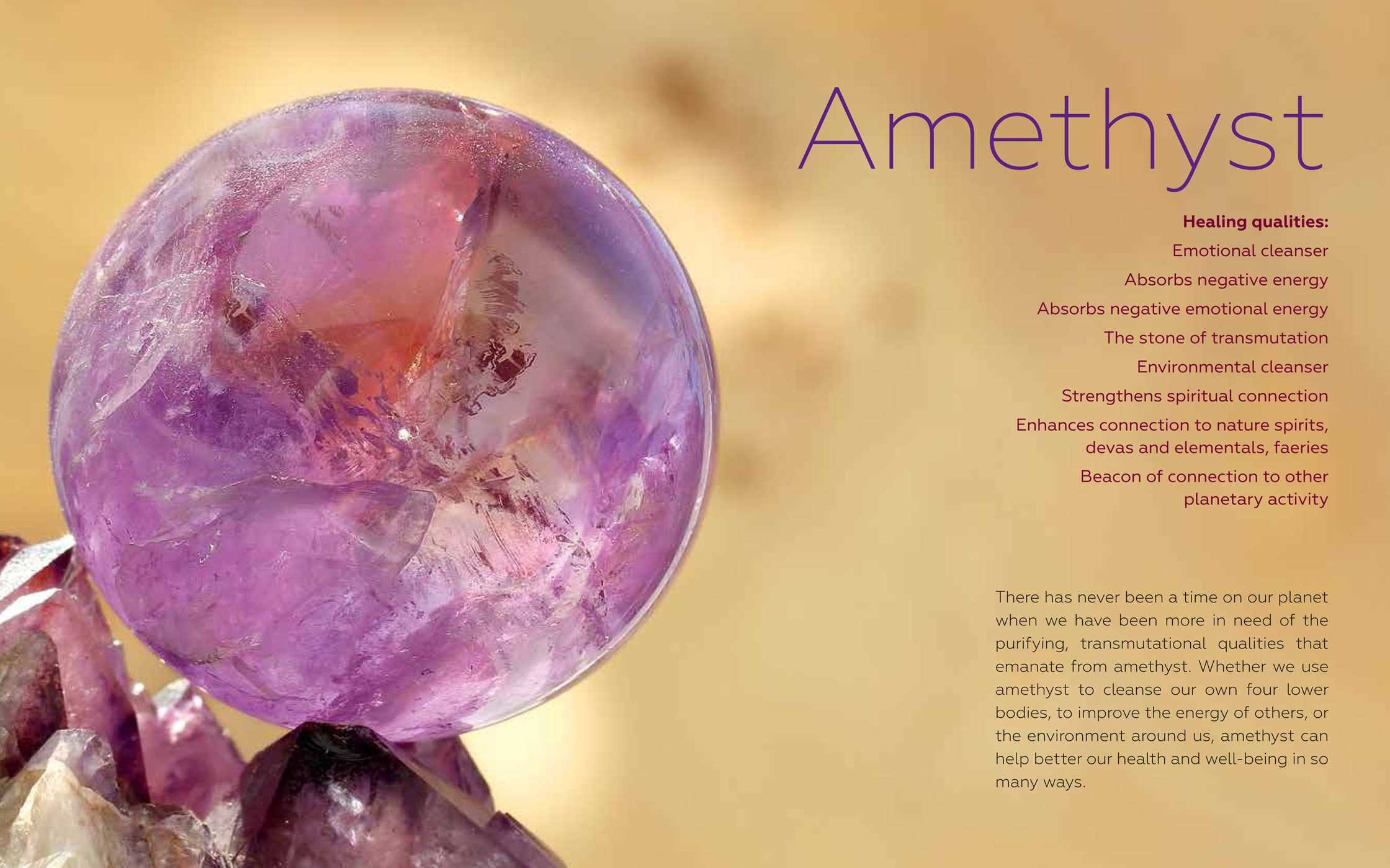 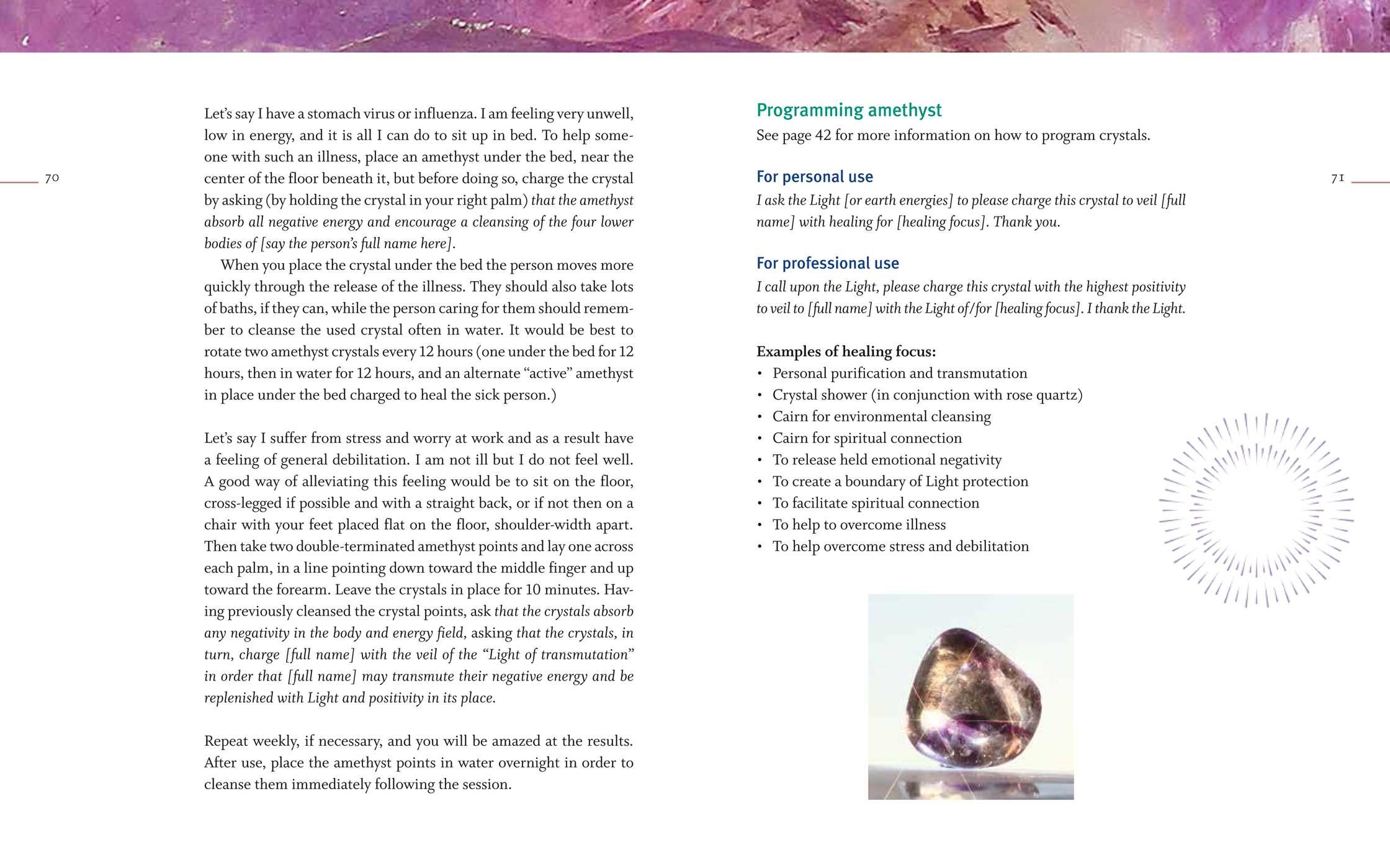 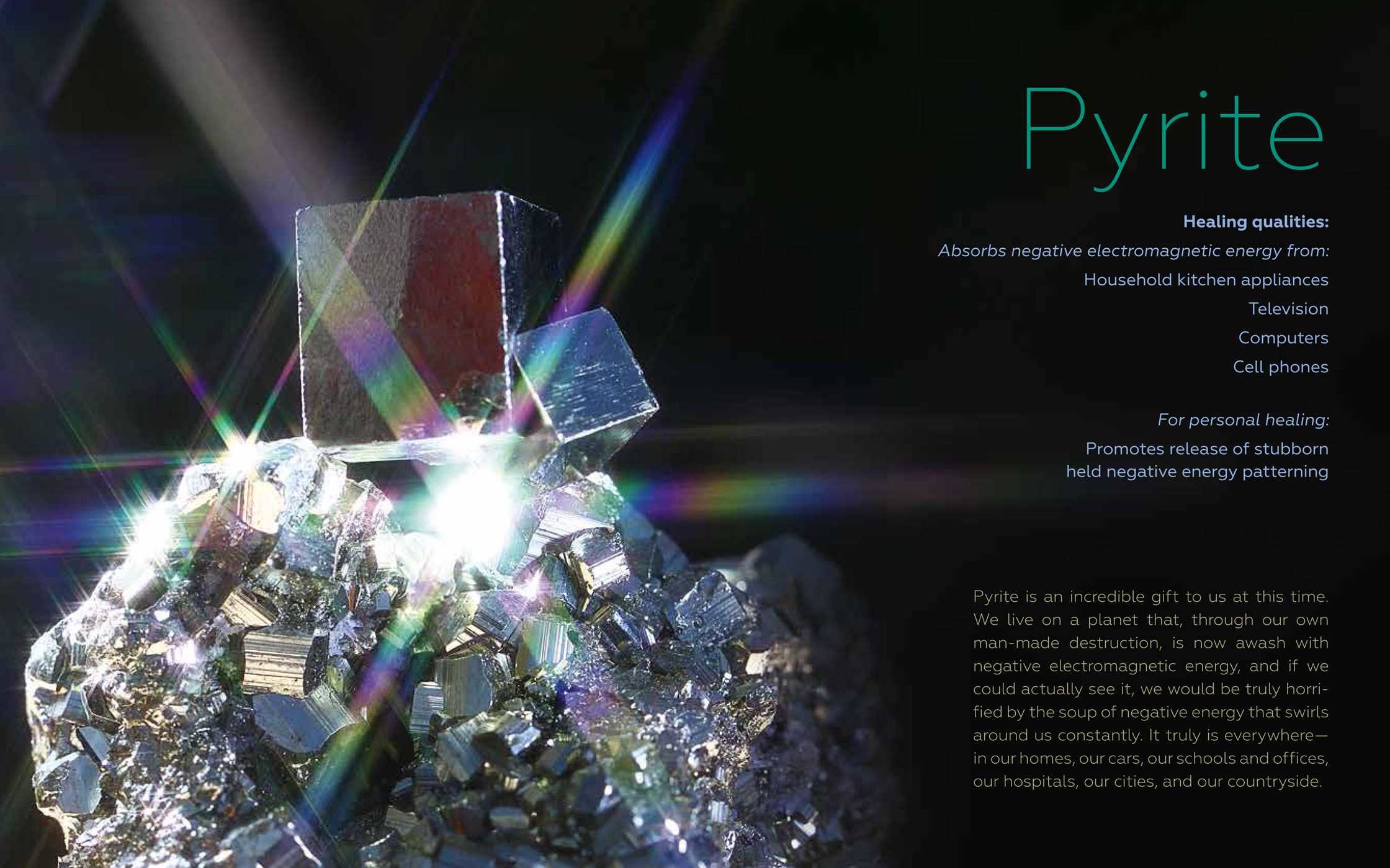 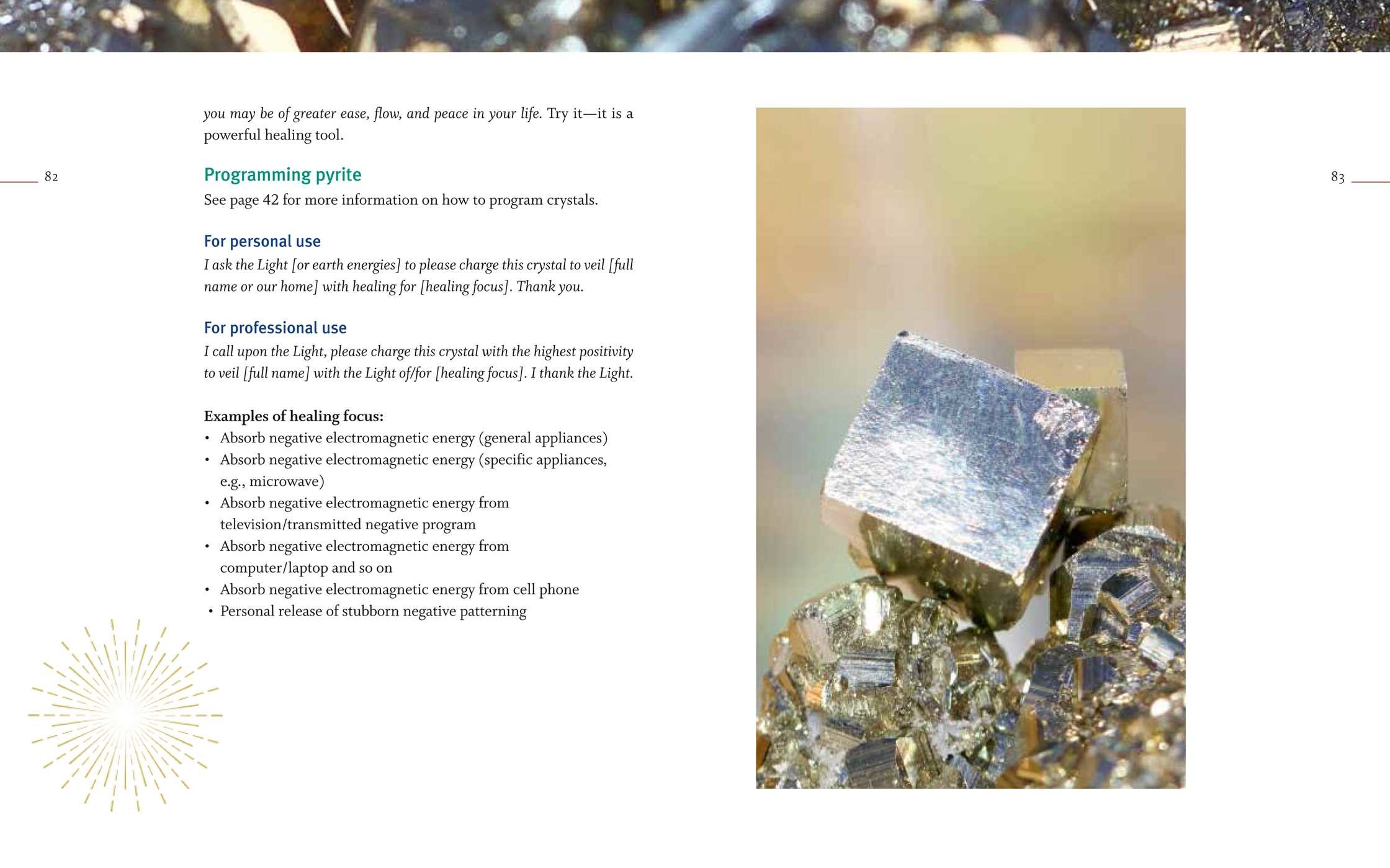 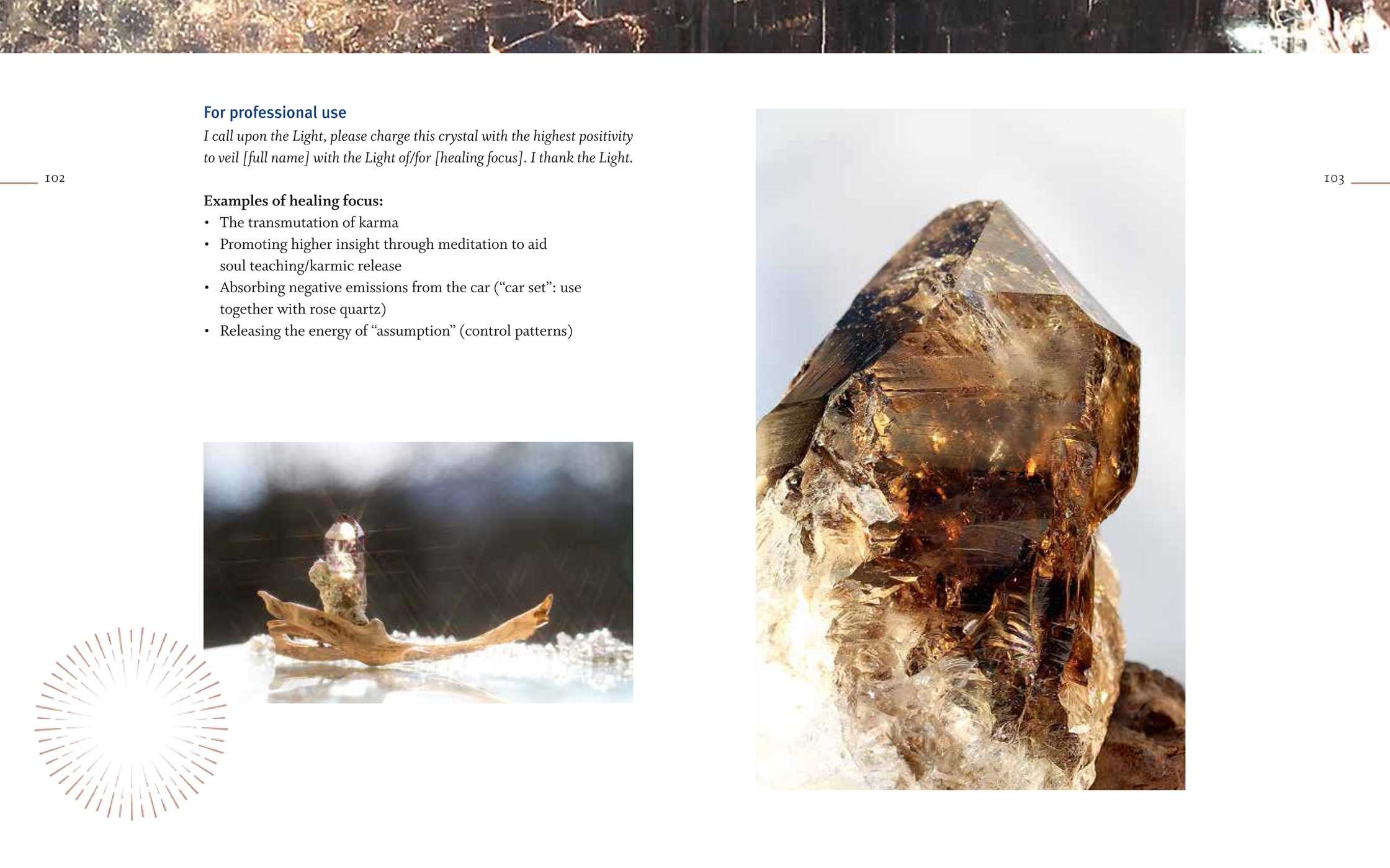 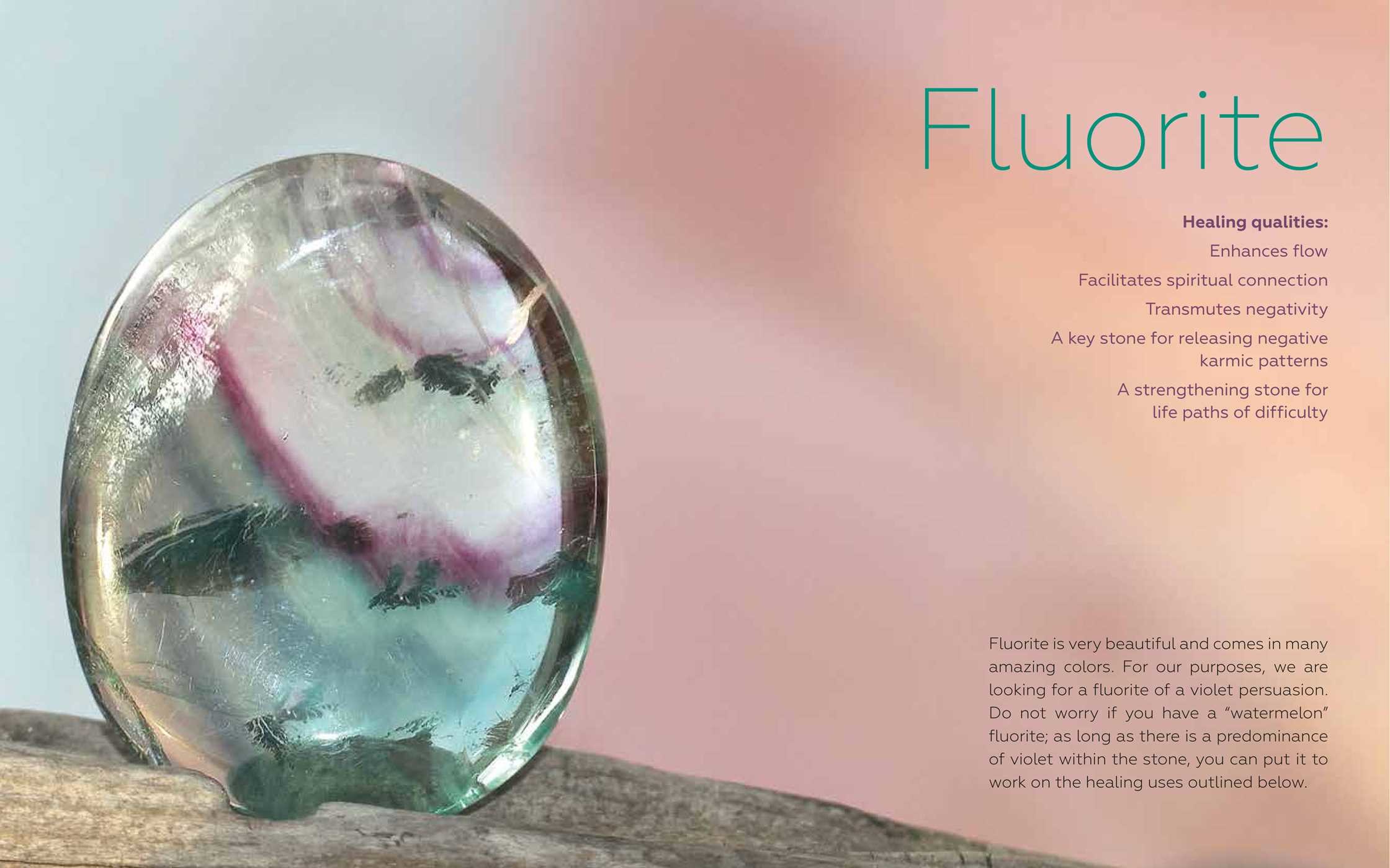 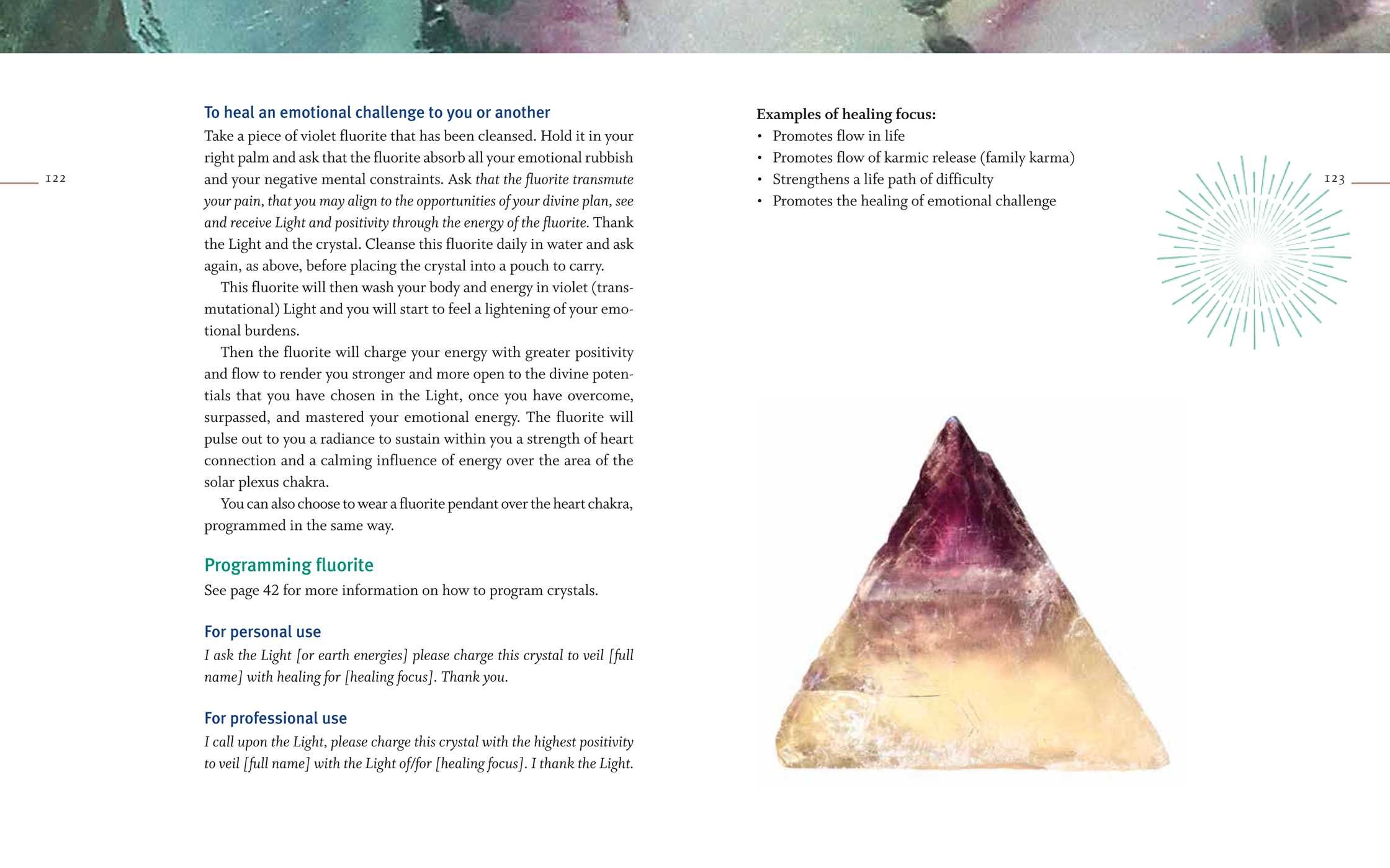 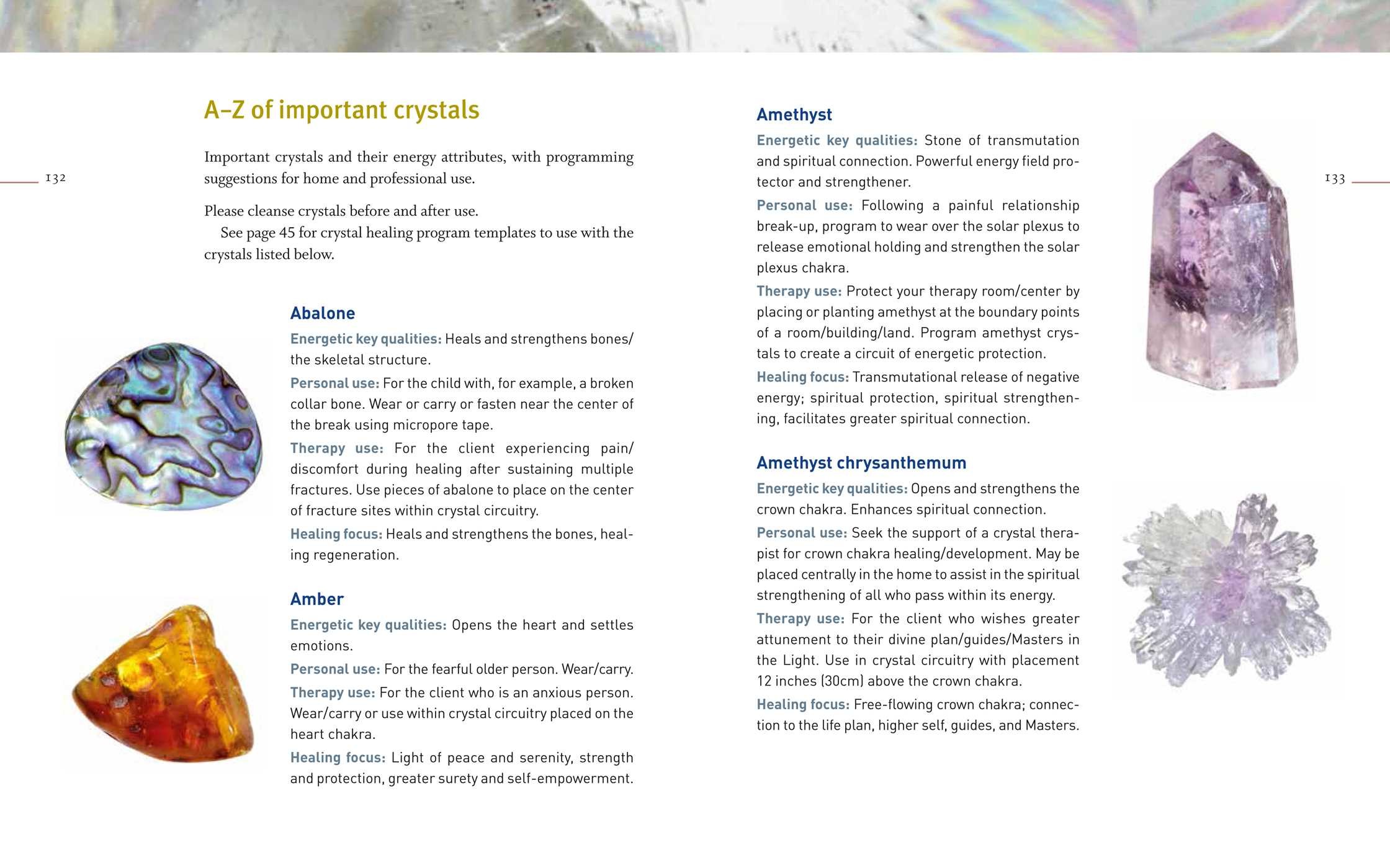 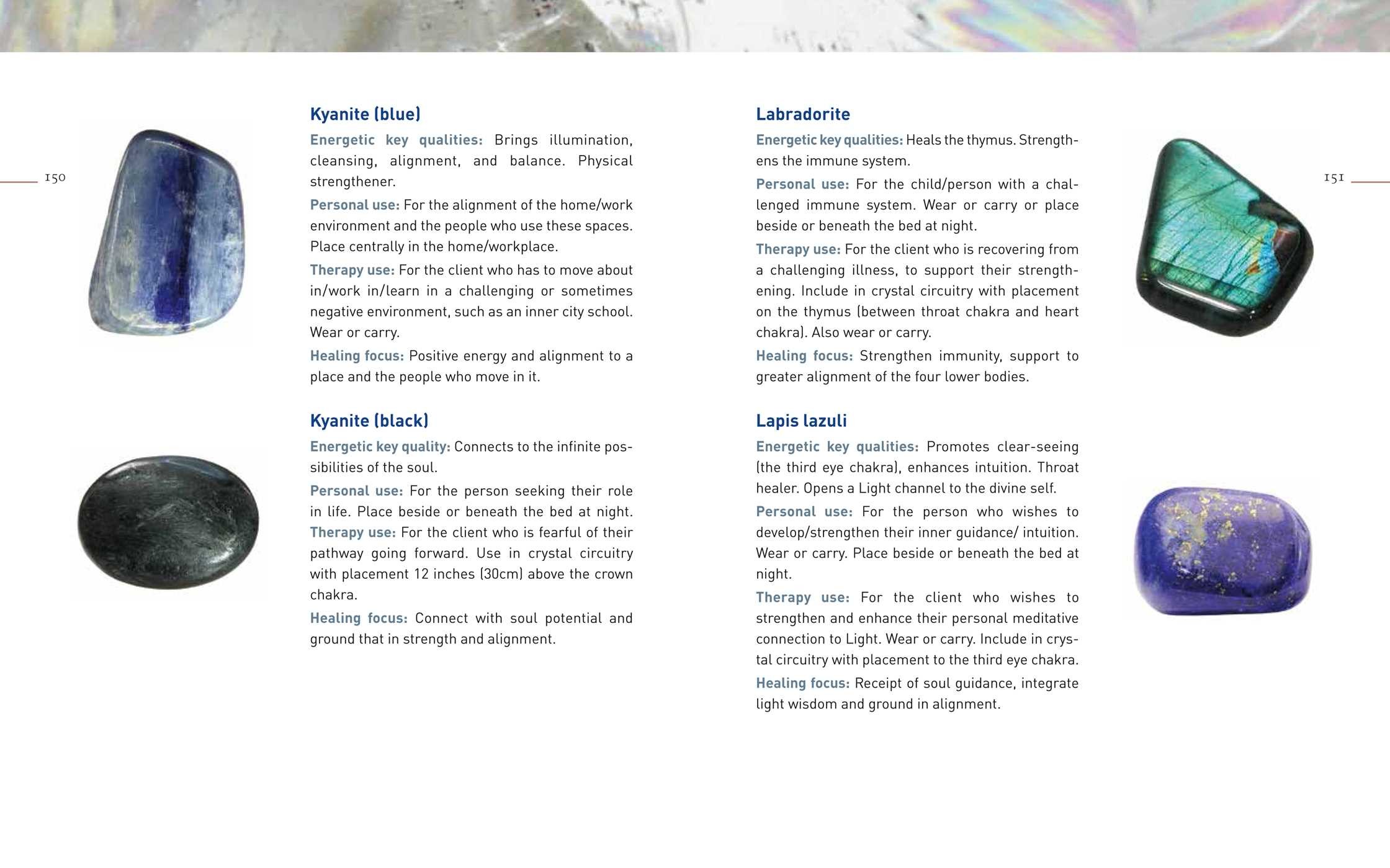 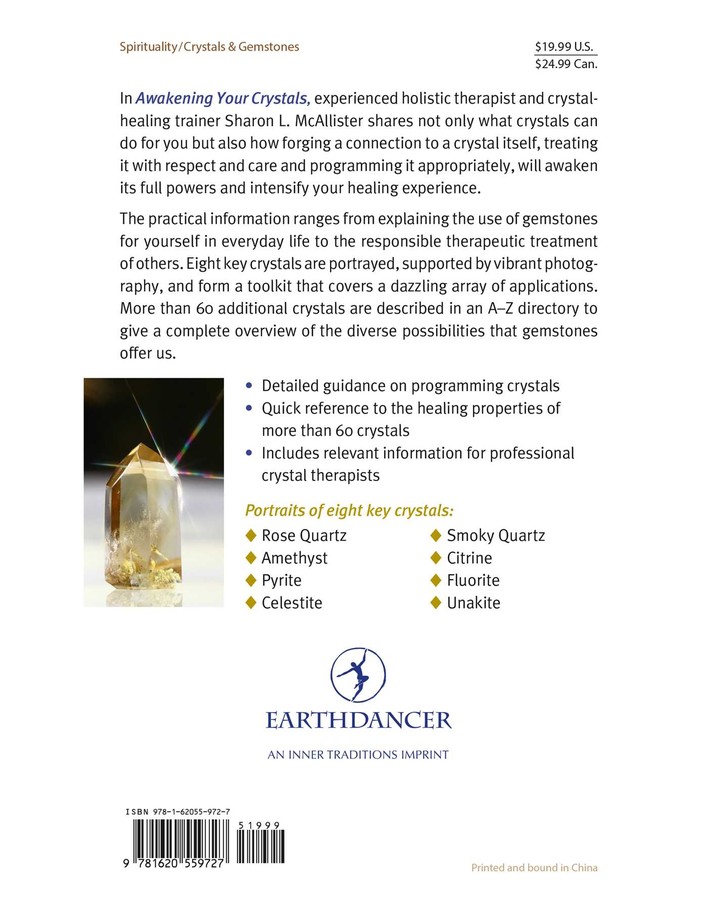 • Provides detailed instructions for working with 8 key crystals, as well as healing and programming guidance for more than 60 well-known and important crystals

In this vibrantly illustrated crystal guide, experienced holistic therapist and crystal-healing teacher Sharon McAllister offers an introduction to programming crystals and gemstones to harness their full potential. She explains how crystal programming combines the powerful instrument of intention setting with the healing energies of stones. She details how to cleanse and charge your crystals and prepare your own energy field before programming and provides a collection of intention-setting statements and programming recipes for personal healing as well as therapeutic use.

Unveiling the light that each crystal radiates vibrationally and spiritually, Sharon reveals how each crystal is a living being that can be awakened to emanate its purest and strongest energy in alignment with specific healing purposes. She explains the dormant state of stones when they are still inside the earth, their activated state when extracted by humans, and their ignited state, when they are called into direct service with a programmed focus, which leads them to unfold their full healing potential.

Focusing on 8 key crystals, including rose quartz, amethyst, and citrine, Sharon shows how these 8 stones can combine to form a powerful toolkit with a wide range of healing applications. She provides an in-depth chapter on each of the 8 key crystals, offering deep insight into their energies and healing properties. She also covers more than 60 additional crystals along with guidance on their healing uses and programming potential.

Taking your crystal healing experience to a higher level, this guide shows how each crystal has its own life plan just like human beings and when a crystal enters your life it is never by coincidence.

Crystals and the three states of being

A crystal has three “states” of being: “dormant,” “active,” and “ignited.”

Think of the “dormant” state of a crystal as being asleep. When you are asleep, you are resting, breathing lightly, recharging your energy. It is almost the same for a crystal--it is in a positive yet resting state where energy is being conserved for greater future use.

Think of the “active” state of a crystal as being awake. You are alert and ready; a greater flow of energy and activity is emanating from you now. This is the same for the crystal, except it has a very specific role and job to do and will activate its energy direction or magnetize its energy emanation only when the opposite or resonant energy meets its field.

Think of the “ignited” state as an awakened crystal charged for a particular healing purpose. This crystal has been called into direct service with a programmed focus. Programming a crystal means it is invested with a “focus of energy” in order that it may direct that energy in healing action. By healing we mean to cleanse, transmute, and eradicate negative energy and bring about energetic positivity, energetic harmony, and energetic flow in its place. The “ignited” crystal is fully powered, fully switched on to perform the task it has been charged with, and in this state, it is able to do a hundred times what it can do in its “active” state. That means a hundred times more powerful in both “energy absorption” (pulling in negativity from the energy field) and “magnification” (radiating out positive energy). Because of this fully powered state, this crystal will be working hard and require regular cleansing, followed by reprogramming and reigniting if required.

To expand on the three states of crystal being, I should explain that the crystal that lies beneath the earth evolves and is mined/harvested when its life plan decrees it is time to be “birthed”--much the same as us, in fact. At the time of its birth to the earth surface, it has a live but dormant status. This means it has all the faculties and energy properties that it requires for its life and work on earth; it has a life plan and a planned connection to people/places/precise times (again, just like you). Yet the power of its energy and potential is not yet ignited; this dormant status remains until it connects to key people/places/timing in its destined life plan.

Let’s imagine a rose quartz: this crystal has taken 2.8 million years to evolve to the point of discovery and birth from the earth. At the point of birth, the rose quartz has living energy but is dormant, and yet it will still radiate great positivity as it is newly freed from the purity of its connection to the earth mother, who has created it. There is sadness too, because those involved in this part of the crystal’s life are often “non-knowing” in matters of energy and do not understand what they do. They have no respect for the beauty and sensitivity of the wonders of the earth, nor respect for the earth mother’s manifold gifts of healing and nurturance.

This particular rose quartz travels far, not usually in energy-sensitive circumstances; it is loaded, bundled, thrown, hacked at, hewn by sand and water, polished, and sometimes carved, either well or grotesquely and inappropriately to the majesty of its being. The rose quartz reaches a local warehouse in Brazil, for example, and is purchased by, let’s say, a dealer from England. The rose quartz then continues its journey, traveling unceremoniously again across seas and roads, even by air, until it reaches the wholesaler, who then sells it on to the retailer. Imagine how many negative energies have attached themselves to this “new baby” rose quartz, freshly hewn from the earth; it is not hard to imagine that many people handling this new crystal would be of low positivity, perhaps even quite negative. A blessing then that our rose quartz was birthed in a dormant state and has had the protection of the “seal of energy” of its dormant state.

The dormant state is new, in the sense that before Atlantis we did not have dormant crystals. Pre-Atlantis, our new baby rose quartz crystal would have been born out of the earth in an active state. Back then, humans could withstand being around active crystals; in fact, we adored, loved, and craved to be around active crystals. It was like being plugged in and on a “high” during the whole time you were with your crystals. Part of the fall of Atlantis was due to our greedy manipulation of this high energy.

What it means for us all, living now on this planet, is that this veil of “dormancy” protects us from doing great damage. Many people who use crystals do not truly understand the power of crystals and their correct use, nor is there a wide understanding of how to cleanse crystals effectively.

Please remember it is important to cleanse your crystals.

That is not to say that the people and places where our rose quartz has journeyed have received no benefit; they will have--enormously. Each time they handle the stones they will be letting layers of their negativity release, like an onion skin, shedding again and again fine layers of negative energy, which in turn are being absorbed by the crystal. If they have a weak and susceptible energy field, they may pick up on the imprints of others who have handled the stones. This is true for you too. Always call upon the Angels of Protection before handling crystals or stones. I rarely touch crystals or stones that belong to others. If I have to, I will ask for extra help from the Angels of Protection because the crystals may hold a powerful negative energy imprint if they have not been cleansed properly and effectively.
Sharon L. McAllister

For more than 20 years, Sharon L. McAllister has been working as a holistic therapist and developing and teaching both crystal healing and reflexology diploma courses for the Hope Healing Clinics in Manchester and Yorkshire, UK. A passionate teacher who emphasizes the practical everyday applications of crystal energy, she lives with her three children, husband, and dog between mountain and sea in the Scottish Highlands.

“Crystals can support and enhance our lives in many ways and in this book Shannon McAllister, an experienced holistic therapist and crystal-healing trainer, shares her detailed knowledge to guide us in awakening their full powers."