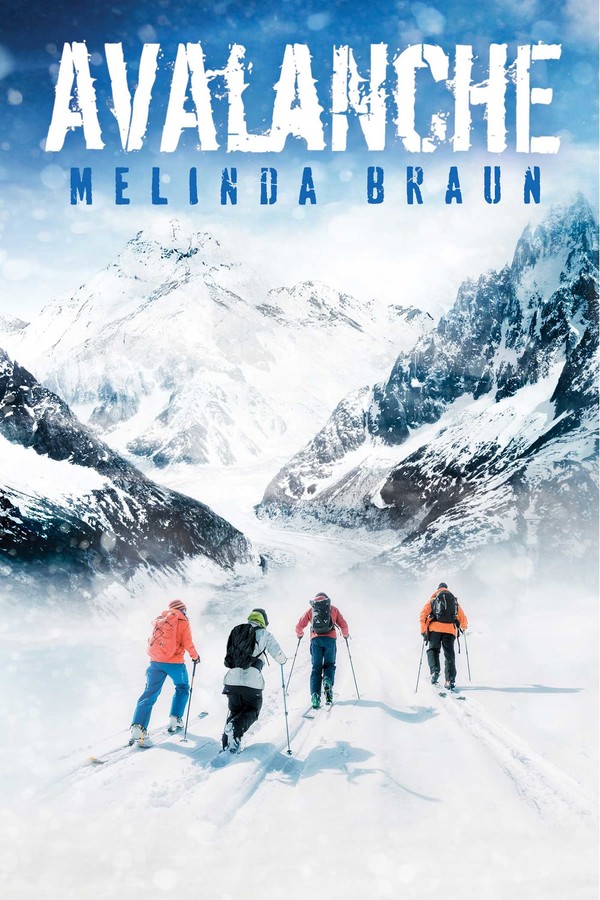 Two groups of teens—those waiting to be saved and those doing the saving—are in a race against time and a battle against Mother Nature after an avalanche traps them in an isolated cabin in this chilling novel.

“I promise it’ll be a weekend you’ll never forget.”

A trip like that is exactly what Matt was hoping for—a fun adventure. A daring escape. A once-in-a-lifetime opportunity to go backcountry skiing in a thrilling but dangerous pass through the Rocky Mountains. The perfect way for Matt to forget about his disappointing father and maybe let loose a little with his best friend and a group of carefree adrenaline junkies.

But then their guide takes them off-path…and straight into an avalanche. By the time they make it safely into an abandoned cabin, one skier is dead and another severely injured. Trapped with no heat, no water, and no radio the group decides to wait it out. Help will come. It has to.

But it doesn’t. And Matt knows if they wait any longer they’ll be dead—just another bunch of victims in Mother Nature’s twisted games. Armed with only a handful of supplies and his fierce determination Matt decides to goes head-to-head with the elements, battling hypothermia, frostbite, and even mountain lions in order to find help and save them all. That is if Mother Nature doesn’t kill him first.

Avalanche DAY 4 MATT Location: Unknown
He stood motionless in the swirling snowfall, the dead branch balanced lightly over his shoulder like a gnarled baseball bat. He stared at the trees for movement. Past dusty green spruces and giant blue-needled firs, between slim aspens and their black spiderlike branch tips swollen and ready to bud. Though the forest was silent, he knew it was there. And he knew it was watching. But they couldn’t run.

So Matt waited. Ignoring the throb pulsing through his ruined feet, he wished for the hundredth time that he was somewhere else—anywhere else. Despite all the things that had happened in the past three days, or maybe because of them, Matt refused to accept that he would die here. Not now. Not like this. Not after everything they’d gone through. Then again, he figured there must be a limit to luck—it had to run out eventually. This was just as good a time as any. Just as good a place. Out here, death came easy.

But he wasn’t going to die without a fight.

The snow fell faster; thick, feathery flakes obliterated the landscape around him into a downy blur of white. The trees disappeared; the mountains beyond them vanished. No birdcalls, no wind, no sound at all except his own breath. Matt’s thoughts drifted to memories of youthful violence, and he wondered if it was because of what was about to happen. Because of what he was going to need to do. Fight. He wondered if he remembered how.

Third grade was the first and last time he’d ever been in a fight. A real one, with punches and kicks and bruised stomachs. And now, hungry as he was, Matt easily recalled the taste of dirty knuckles colliding with his teeth, the sensation of biting down into skin. But he couldn’t remember the reason—why the fight had happened. He did, however, remember the who.

Dennis Greene. Mean, mean Denny Greene. The biggest jerk you’ve ever seen. Matt and Dennis hadn’t liked each other on sight. And it didn’t take long for Dennis—in all his eight-year-old glorious psychopathy—to walk up to Matt and say, “At recess, I’m gonna kick your ass,” punching his fist into his palm. Smack. Smack. Smack. Matt didn’t understand why he was given a warning, unless it was just a form of psychological torture, which turned out to be an effective tactic.

When recess arrived Dennis chased him, picked Matt off from the pack like a lion attacking a weakened gazelle, herded him against a brick wall. And like a hive of bees the rest of the students swarmed in for a better look.

Moments later, Matt and Dennis marched down the long, shiny hallway to the principal’s office. Dennis went in first, coming out only a few minutes later, his head down in shame or embarrassment—Matt couldn’t be sure.

What he was sure of was that the principal had been surprised to see him. Matt wasn’t a known troublemaker, wasn’t the type to get into a fight. But these weren’t really the reasons why the principal stared so bewilderedly at Matt. It was because Dennis Greene looked like he’d been hit by a bus. Swollen eye, puffy lips, a missing tooth, and a bright pink bite mark on his forearm, almost breaking the skin. And Matt—Matt who at age eight had the same build as a fence post—didn’t have a mark on him, only a T-shirt slightly stretched out around the collar.

“I want to hear your story,” the principal finally said, folding his arms over his chest as he leaned back against his desk, the wood creaking under his weight.

But there wasn’t a story to tell. Matt just shrugged and mumbled his way through an explanation. The principal sighed, and dismissed him back to class, saying, “You’re pretty lucky, you know. And you’re a good kid.”

But the principal had been wrong. Matt wasn’t a good kid; he just looked like one. Because during the fight, after Dennis landed his first punch in Matt’s stomach, Matt twisted into Dennis and thought two things.

Did he really just punch me in the guts? (The radiating heat through his lower intestines told him the answer was a definite yes.)

They stared, eye-to-eye, before Matt erupted with a sound that was half cat hiss and half screech owl. “I’m gonna eat you alive!” He sunk his teeth deep into Dennis’s forearm, followed by a furious windmilling of his fists, rapid jabs to Dennis’s face until he was cowering on the ground, bloodied and breathless.

Dennis never bothered Matt again. Not because he’d earned the bully’s respect—not by a long shot. But because Dennis saw something in Matt’s eyes that day, something he knew to avoid. A type of deep primal fear that triggered an automatic recoil, like walking into a giant spiderweb.

A flash of gold caught Matt’s eyes, dragging him back to the present. Here, in this wildness, he no longer needed luck. What he needed was to become that kid again—the raging third grader he thought he’d left behind.

William Faulkner was right, he thought. The past is never dead. It’s not even past.

Matt clutched the broken tree branch and watched the animal slink into the pines, moving through the whiteout like a ghost.

He gave the branch a quick squeeze, testing his grip, and exhaled small puffs of steam as he waited. And waited . . . 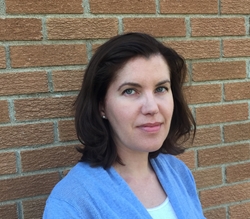 Melinda Braun grew up in Wisconsin and received her Bachelor’s degrees in Psychology and English from the University of Minnesota. Currently, she lives in the Twin Cities with her husband and daughter. Although she loves hiking and camping, she does not enjoy portaging canoes. Stranded is her first novel.

Braun intersperses the nail-biting suspense with humor and depth. Her realistically varied characters never fall into stock characterization, and shifting points of view, including that of a mountain lion, add compelling perspective and drive the plot forward. With accessible, propulsive writing, this survival adventure tale will be a hit with a broad audience.

Braun’s cinematic descriptions place readers in the middle of the action, while touches of humor and contemplation about life and family issues will keep them interested in the characters.

Braun is talented at describing suspenseful threats, such as the steady approach of a mountain lion that realizes that injury makes a human easy prey. Just the ticket for readers who like hearty doses of suspenseful adventure.