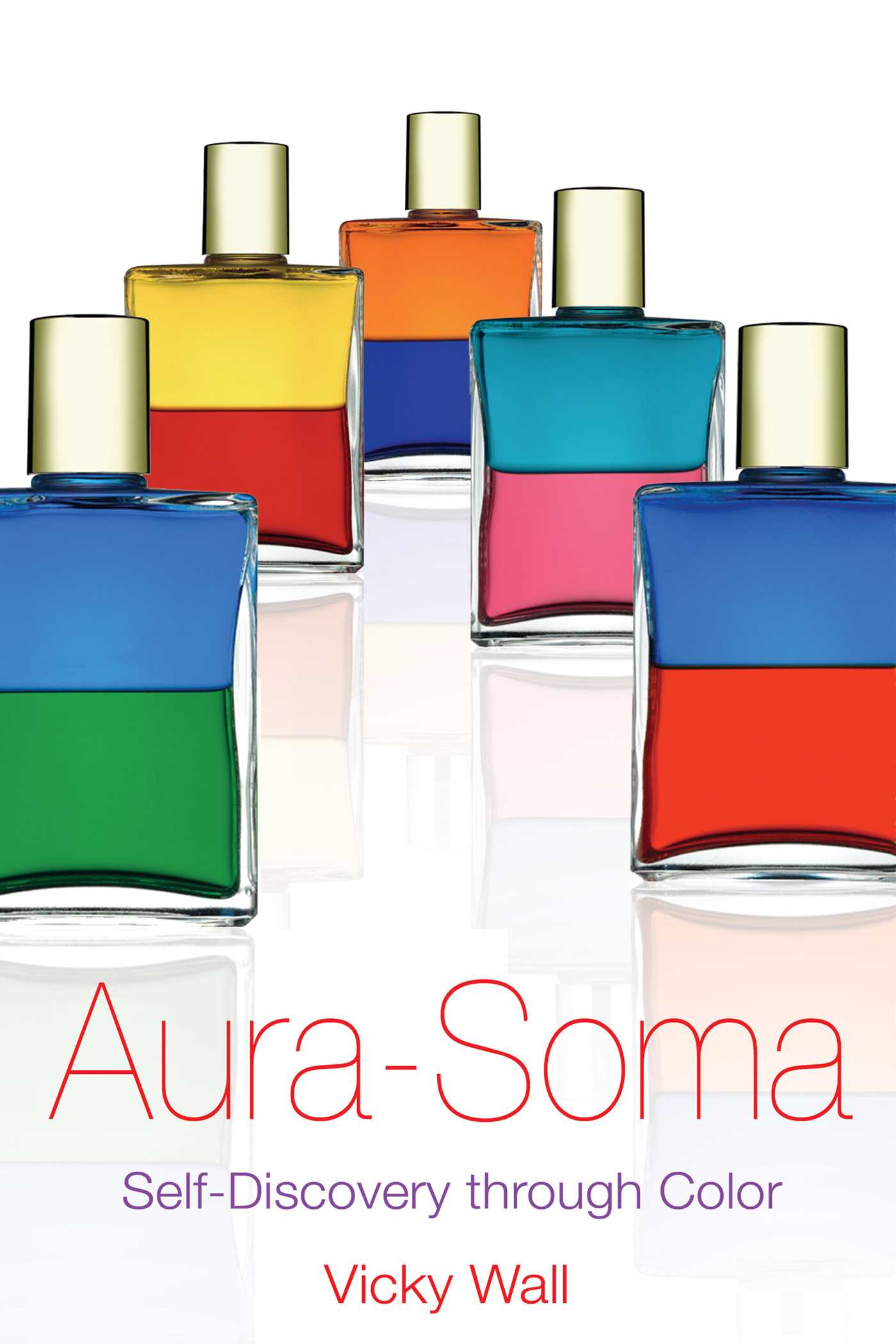 By Vicky Wall
LIST PRICE $12.99
PRICE MAY VARY BY RETAILER

• Shows how Aura-Soma uses the symbolism, energies, and effect of color to promote growth in consciousness

• Explains the nature and use of the dual-colored Equilibrium combinations

Aura-Soma is an innovative approach to soul therapy that relies on bottles of dual-colored liquids that incorporate plant extracts, essential oils, and the energies and extracts of precious and semiprecious stones. The energetic properties found in the liquids interact with the individual's aura to help support equilibrium in the body, mind, and spirit.

The practice of Aura-Soma was developed by Vicky Wall, who drew upon the mystical traditions of the Kabbalah and the medicinal and healing qualities of living plants that she learned from her father. Clairvoyant from childhood, she was able to perceive the subtle energies surrounding an individual. As an adult, this clairvoyant ability was amplified as her physical sight diminished and was eventually lost. Having been an apprentice to a pharmacist in an earlier phase of her life, her understanding of the significance of combining substances resurfaced as she created the first dual-colored Equilibrium bottle. At first she did not know the significance of what she had discovered, but it soon became clear that the oils, extracts, and essences contained in these bottles had remarkable qualities to facilitate perception and self remembering.

Equilibrium Is Born
Deep into a week of crisis with unlooked for pressures and deadlines to meet, I sought for peace and renewal within my meditations. That night my meditation turned out to be weird, but wonderful. After I had achieved the earthly detachment necessary, I found myself suddenly enveloped in the most beautiful cascade of color, which advanced and receded like the ebb and flow of the tide, sighing softly as it went. As it came toward me rhythmically, I longed to remain within it; my whole being was diffused with vibrant new energies and peace. The peace that passeth all understanding had flooded me entirely. The third eye had opened fully. The world with its pressures, its commands, and demands was no longer with me.

Then came the still small voice that I had listened to and obeyed so many times throughout this life. It came as if from the hollow of a cave, resounding, almost an echo within itself.

“Divide the waters, my child.”

“Divide the waters?” I repeated and came back to earth with a thud. What waters? I thought, dismissing it as imaginative nonsense, and rather suspecting that I had gone too high. I decided it was time to earth myself.

The second night was a repetition with again the injunction: “Divide the waters.” Once again, mystified, I came out of meditation quite quickly. On the third night, I began to feel as Samuel in the temple, for I could no longer ignore the voice, even though the common sense part of me said, What are we thinking about? I’m not Moses. I’m blind, only forty per cent of my heart working, nearly seventy years old. So who on earth would I be leading into what Promised Land?

But I could not dismiss it, and I got up out of bed. For the life of me, I do not remember the next few hours, nor how Equilibrium was actually born. I only know that other hands guided mine that night; Equilibrium was researched for and found again.

The morning came and Margaret’s remark was, “Whatsoever were you up to last night? And just what are all the lovely bottles for?”

“Then why did you make them?” queried Margaret, with her usual practicality. “They must have a purpose.”

The breakfast table is not usually a place where one wishes to go into details that seem weird and inexplicable, although I knew that Margaret would have understood my feelings. We continued to eat in silence. My spiritual walk-abouts would take me, on occasion, well into the night, so I needed to eat and earth properly before discussing anything. Furthermore, I did not understand it myself. I needed my morning ruminative walk and silent communing, within which, I knew, something would be revealed. I had faith that the whole matter would be fully displayed to me when the time was appropriate. That there was a message and a purpose I had no doubt.

As if drawn, I entered again the tiny room downstairs in which the birth had taken place. We stood and stared at each other, the bottles and I. They gleamed brilliantly in the sunlight. There was a serenity about them and a power to emanate from them. Was it imagination or were strange sensations passing through me? It seemed as if there were almost a communication between us, for something within me was resonating. Suddenly, I felt energized, happy, the physical tiredness I had been feeling lifted, as if magically. The name “Balance” came into my mind, as if it had been whispered. Balance had been born and she was beautiful. But still the question, What is it all about?, that Margaret had voiced seemed to find no answer, and what Balance was to become was, as yet, a mystery. This has often happened and I believe it is a method of divine testing for me. I receive the instructions first, but the meaning is shown later, after the act of obedience.

Once I had started to put together my colored jewels, I seemed impelled to make many variations, each one seeming to have its own vibrations. It was as if I worked under some strong compulsion, and various combinations of colors began to form under my fingers. I was completely absorbed by them. Gradually, the full meaning and the structure began to make itself known. It was obviously a feedback from time, a pre-knowledge and thus, a continuation. All was so familiar and was pouring into the consciousness. The old wine had appeared in a new form expressly for the New Aeon.

When asked (and repeatedly I have been asked, particularly by the “men who must measure”), “How long has this been researched?” I reply, “It has been re-searched for a very long time. Back into the very beginning of time, and there searched, re-searched, and re-membered.”

Thus went out the inspirational oils that were later to amaze and astound many. Once again, I was in the time-track of past knowledge, not fully understanding, but letting it flow, letting it happen.
Vicky Wall

Vicky Wall (1918-1991) was one of the first women appointed as a surgical chiropodist in England, and she taught at many teaching hospitals in London. After losing her eyesight, she developed the Aura-Soma color system and was able to help it become firmly established as a new healing modality prior to her death.

"A fascinating story about a truly remarkable woman. . . . It could not be more highly recommended."

“Aura-Soma is a tool relevant to our time, brought into being through a remarkable blind woman who had clairvoyance from birth and who could see the energy of animate and inanimate things more clearly than most of us can see what is directly in front of us.”

– Mike Booth, chairman of Aura-Soma Products Ltd. and principal of the Art and Science International A

"I will recommend the book to [those] who want to study color therapy, manage their daily life through the conscious use of color, and work with the chakra system. The book also is compelling as a dramatic, autobiographical account of the life of a woman who used her clairvoyance to help many people."

"This book is recommended for anyone interested in natural healing. That includes all seekers after a holistic experience of self-development and healing."

By Vicky Wall
LIST PRICE $12.99
PRICE MAY VARY BY RETAILER