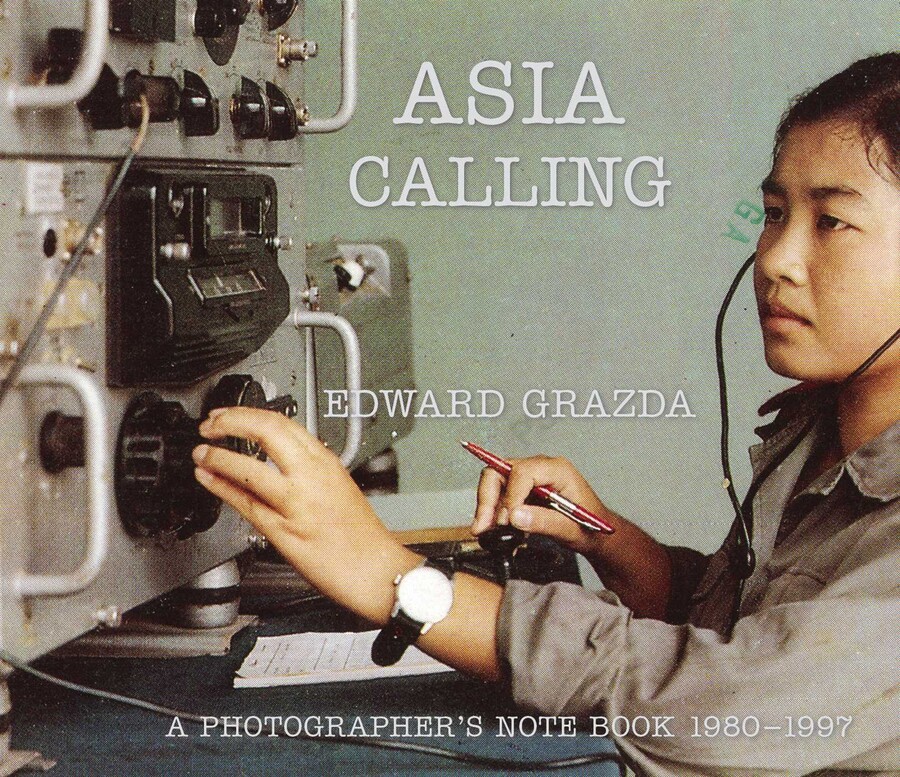 A spectacular photographer's daybook, in the tradition of Peter Beard, Bill Burke, and Robert Frank, detailing the wanderlust of faraway travel and profound discovery in a part of the world few desire to wander.

Asia Calling is longtime mid-east photographer Edward Grazda's art journal recap of his decades traversing the globe during times of immense social and cultural change in the Asian continent. Much like Peter Beard and Bill Burke before, Grazda's journal entries and diaristic graphics, along with his image manipulation and conceptual positionings of his photographs and writings make this no mere photo notebook, but rather an indelible stamp, a graphic passport if you will, of people and places, frozen in time, but now alive with invigorating juxtapositions and dynamic sequencing, a filmic recap of a place and time long gone but still there.

Starting in 1980, Grazda traveled to Hong Kong, Thailand, Burma, Vietnam, Laos, India, China, Pakistan, and Afghanistan. This was a time of change in Asia–globalization, wars, drugs, tourism, and religion remaking ethnic traditions and governments alike. Grazda's photos–with a few fictional and literary texts–is your passport to that long time ago.

Edward Grazda was born in Queens, New York (1947), and got his BFA from RISD in 1969. He has photographed in the USA, Latin America, and Asia. Published books include: Afghanistan Diary 1992-2000 (2000), NY Masjid: The Mosques of New York (2002), A Last Glance: Trading Posts of the Four Corners (2015), Mean Streets: NYC 1970-1985 (2017), and On the Bowery: NYC 1971 (2019)–all from powerHouse Books. Grazda's work is in the collections of the MoMA, The Met, New York Public Library, and SFMoMA in San Francisco. He has taught at Harvard, Boston Musuem School and the International School of Photography (ICP) in New York City. Once a proud denizen of Bleecker Street (photographer's row), he now lives in Chilmark, MA and Providence, RI.

"Time travel to Asia in the 80s and 90s by looking through these black and white photographs, which highlight the everyday people, and the simple magnificence of Asia."

On the one hand, you can enjoy the ride as Grazda takes you through a series of sketches, or as he calls them, “notes” he made during the nearly 20 years it took to make the images in the book. On the other hand, Grazda’s notes can be viewed more thoroughly through a knowledge of the historical events that made them possible.