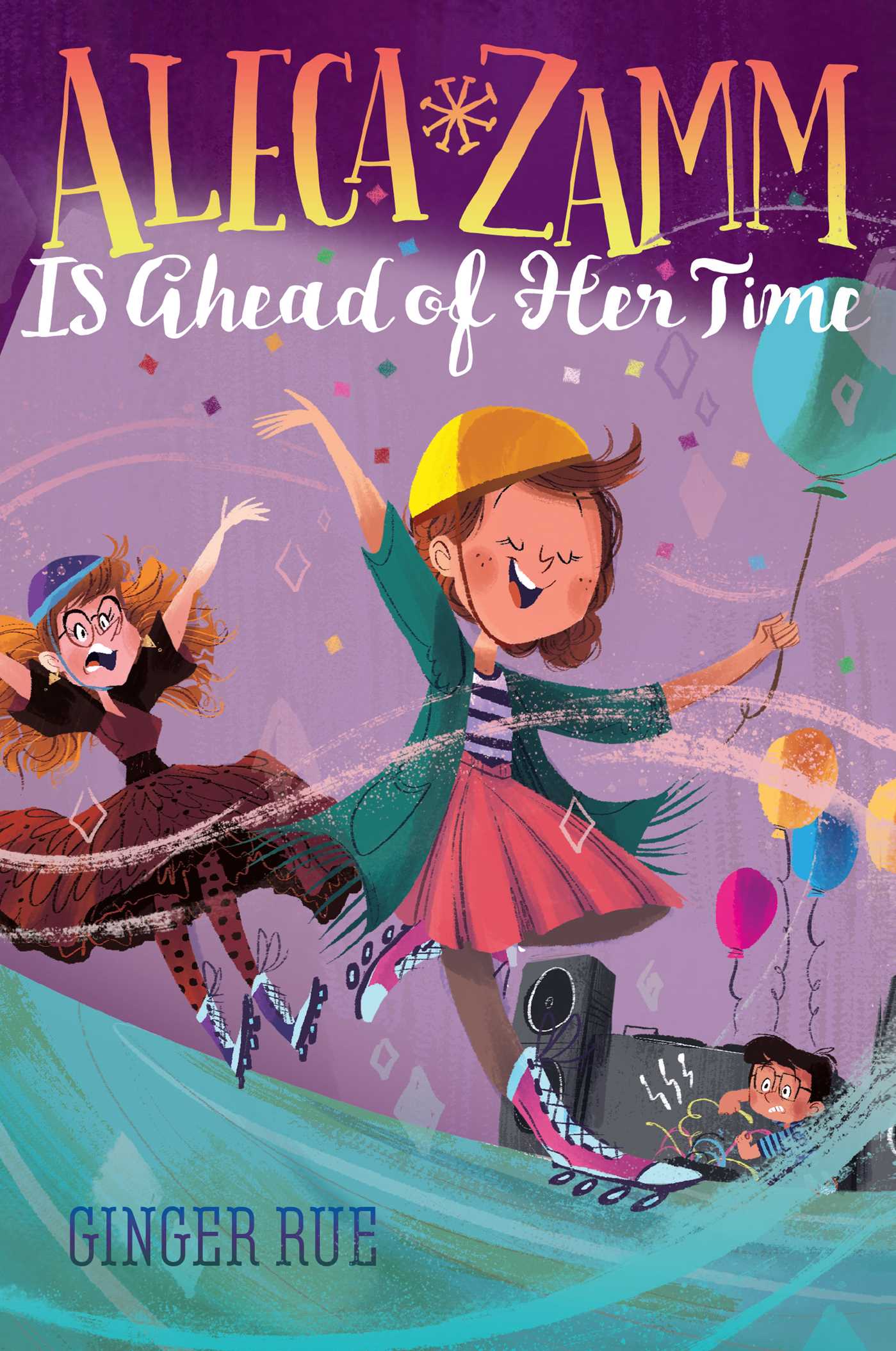 Aleca Zamm, an ordinary ten-year-old with an extraordinary talent, is on a mission to find the other Wonder at her school and find out what their special power is in this hilarious follow-up to Aleca Zamm Is a Wonder.

Every roller-skating party has its pooper…

And for Aleca Zamm, that pooper is Madison, her former best friend and current worst enemy. But Aleca’s mom insisted that Aleca invite her entire class to her tenth birthday party at the skating rink—including queen-of-mean Madison!

What’s even worse? Aleca suspects that Madison knows about Aleca’s magical ability to freeze time. And that could mean over-the-top trouble for Aleca and Aunt Zephyr, her kooky teleporting aunt. There’s no telling what dangers await if news about their mysterious abilities gets out.

Between Aunt Zephyr’s risky roller-skating tricks and Madison’s threat of spilling Aleca’s secret, Aleca is sure that her tenth birthday party will be a total disaster!

Aleca Zamm Is Ahead of Her Time 1 What’s Worse Than Getting in Trouble? Waiting to Get in Trouble!
“Where’s Aunt Zephyr?” I asked my mom as soon as I hopped into the car after school.

“I’m afraid not,” my mother replied.

This was not good news. Because ever since lunch that day, all I’d been able to think about was talking to my weird, Wonder-ful aunt Zephyr. I hadn’t been able to focus on anything else—not my schoolwork; not my best friend, Maria; not even my awesome birthday skating party happening the next day.

The reason I was thinking about Aunt Zephyr was because she was the only other person I knew who was a Wonder, like me. At least, that was what Aunt Zephyr called us—Wonders. The word referred to people who were able to do amazing, unusual things. Aunt Zephyr could think herself anywhere in the world she wanted to go. I could stop time—which, by the way, was something I was not supposed to do. Ever again.

But I had. That very day, in the school lunchroom.

I mean, I’d had a good reason and everything. At least I’d thought so.

Trouble was, I had kind of gotten caught.

And so I needed to run this information by Aunt Zephyr immediately.

“I wish I knew when she was coming back,” I said.

“Unfortunately, your aunt left without a word to anyone. I find that to be an egregious lack of good manners.” I didn’t know what that word meant, but Mom had dragged it out and emphasized it—“ee-GREEEE-gee-us”—so I figured it must mean something really bad if she took that long to say it. Then Mom added, “But what do I know? I’m just a Dud, after all.”

My mom is usually very good-natured. In fact, her first name is Harmony, which is perfect because she has a talent for getting along with almost everybody all the time. But she seemed pretty annoyed about Aunt Zephyr’s leaving without telling her. Plus, she hadn’t been too thrilled when Aunt Zephyr had called her a Dud, which I guess might sound kind of harsh if you happen to be a Dud, but Aunt Zephyr doesn’t mean it to be hurtful. That is just what she calls regular people who aren’t Wonders like us. My sister and both of my parents are Duds, and so is everyone else I know except for Aunt Zephyr.

Oh, and apparently at least one other person.

I knew this because Duds are stopped along with everything else when I stop time, so they don’t even know it’s happening. I thought everyone at my school was a Dud, since everybody stops when I stop time. Well, I thought everybody stopped. But earlier today when I stopped time in the lunchroom, I saw someone’s head move outside the window. It caught my eye, seeing as how it was the only motion there was. When time stops, trees stop blowing in the wind because the wind stops blowing. Stuff that was thrown up into the air stays there instead of falling back down. Birds and bugs stop flying and just float. A splash of water stands up stiff and stays there. Everything looks just like in a photograph. Nothing moves. Nothing makes a sound.

Except for other Wonders.

So when I saw the movement outside the lunchroom window, I ran to see who it was. But I didn’t find anyone. All I could tell from the brief glimpse I’d had was that the person’s hair hadn’t been orange-sherbet-colored, so I knew it wasn’t Aunt Zephyr.

Either another Wonder lived in our town, or someone had come looking for me. Aunt Zephyr had warned me that some Duds might be aware of us. That was one reason why I wasn’t supposed to stop time, because there could be dangerous Duds lurking. Who knew?

So the person outside the lunchroom could’ve been a Dud who had figured out a way to become immune to Wonder-ing, or it could have been another Wonder who was not Aunt Zephyr. I had no idea how many other Wonders existed in the world, but it seemed unlikely that there would be another one in our little town of Prophet’s Porch, Texas. I had to find out who it was and what they wanted.

But since Aunt Zephyr could think herself places in the blink of an eye, right then she could have been anywhere in the world.

I had to find Aunt Zephyr, fast, and ask her what to do about the person I’d seen outside the lunchroom window.

But how?
Ginger Rue