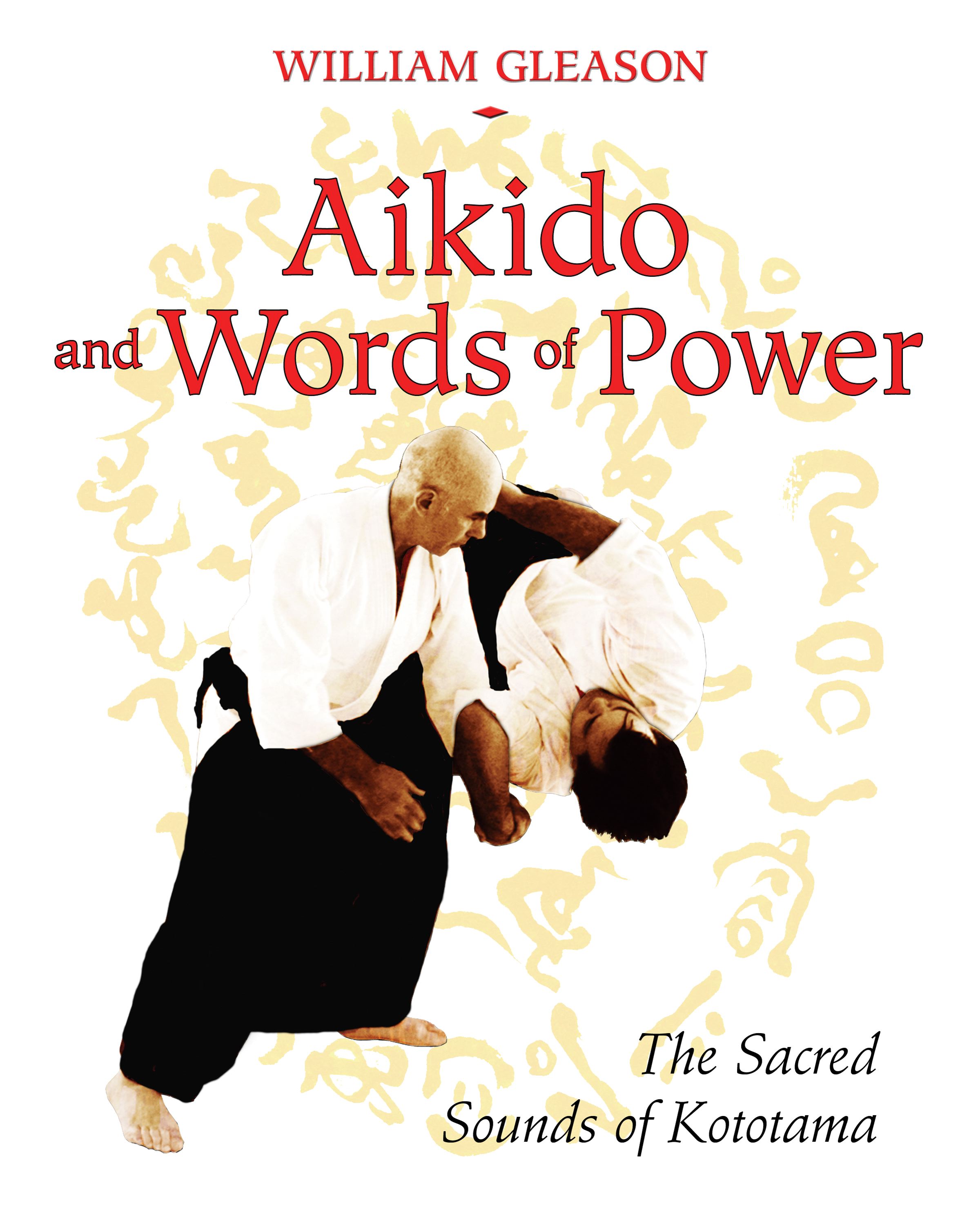 By William Gleason
LIST PRICE $19.95
PRICE MAY VARY BY RETAILER

For the first time in English, the secrets of the sacred sounds that unlock the principles and spiritual strength of aikido

Aikido founder Ueshiba Morihei described the discipline as one spirit, four souls, three origins, and eight powers. One spirit and four souls are the five vowel dimensions of infinite space, the source of the sacred sounds of Kototama. Now, for the first time in English, William Gleason explains how to use the sounds of Kototama in the practice of aikido.

Aikido is often approached as a purely physical discipline, but it is a truly profound spiritual vehicle for those who approach it with sincerity of purpose. The five vowels represent various dimensions and stages of awareness, whose different powers are revealed through aikido practice. Using more than 300 photographs, Gleason sensei presents physical routines that provide an introduction into the Kanagi, Sugaso, and Futonorito levels of spiritual development.

Understanding the sacred sounds related to each of these dimensions, the adept gains not only the ability to realize the stages inherent in spiritual mastery but also the ability to maintain health and balance in his or her own life. “When fish move through water, there is no end to the water; when birds fly, there is no end to the sky.” Similarly, humans swim and fly in an ocean of sounds. Understanding Kototama allows human beings to view the world without distortion and allows the creative powers of the mind to flourish.

Breath as Spiritual Purification: The Forms of Misogi

Although many of the basic techniques of aikido have their roots in older martial arts, some of the most important movements are derived from the misogi exercises of Japanese Shinto. These exercises are often used to warm up for practice, yet they were originally spiritual practices in and of themselves. They were used for the purpose of misogi, or spiritual purification. The first of these are funakogi and furitama.

Within the great dryness of spiritual expanse, the mist of the ki of Su reaching outward infinitely, extend both arms equally, the power of contrast (tata no chikara) is born. Both arms reach out as one, yet contrast each other. This is the mind of Makoto, extending through and preserving the infinite space of the universe. At this moment the six planes of meeting and the eight directions are established and the power of contrast expands to its limits.

Funakogi, or “boat rowing,” imitates the motion of rowing a boat exactly. Standing in hanmi with the left foot forward, the hands are placed against the body so that they conform perfectly to the hips (1).
Leaning the body forward, yet remaining naturally balanced, the arms reach out and downward meeting in front of the body. This movement is led with the index fingers and is accompanied by the ki-ai of IEt. In order to finish in the proper position, both hands rotate inward as they extend (2).
Shifting the weight onto the back foot the arms rotate outward, drawing in ki with the little fingers. It is important both in extending and drawing back to imagine actually moving something very heavy. This creates a kind of dynamic tension. Pulling back is accompanied by the ki-ai of Sa. Shifting to the opposite side with the right foot forward the ki-ai becomes IEt and Ho (3).

Kokyu Undo
The palm is the hara, or heart, of the hand. It is called tanagokoro. The thumb is the ruler of the fingers. It is also earth ki, the kototama of U dimension. It comfortably closes into the center of the palm. The palm should never be placed too firmly against your partner’s body as this cuts off the source of earth ki and makes unity impossible. In most cases, therefore, the handblade precedes the palm in making contact with the body of your opponent (uke).
The ki of the palm, when placed directly on your partner’s body, should be given direction through the fingers rather than pushing against your partner’s body. The middle finger is the center of the center. Following the direction of this finger, go around direct contact with your partner’s body such as in this kokyu osae movement (see fig. 3.3).
The ki of fire is most commonly seen in the use of the handblade when cutting through uke’s resistance (fig. 3.4). In this case your concentration should be on cutting through uke’s hara rather than on moving his arm. If your feeling is correct uke can be thrown without moving his arm at all.

Kokyu Ho
Sitting in the formal position of seiza, your knees and those of your partner form a square. In order to avoid the mindset of direct opposition the direction of your ki should cut diagonally through the square (fig. 3.6). In other words the ki of your right hip should enter directly into the ki of your partner’s right hip.
The first relationship to consider in aikido is always the vertical connection between uke and nage (fig. 3.5). When your wrists are grasped, you should thrust forward straight into uke’s center with the water mudra as you draw breath inward (fire). This will cause uke’s ki to rise upward allowing your hands to gradually shift into the fire mudra.
Having established a vertical unity with uke it should then be maintained and distributed horizontally as you move through the technique. Moving through uke’s resistance is circular. In order to see this clearly, connect the four corners of the square with a circle (fig. 3.7). This is the pattern that your body will follow as you move through uke’s resistance.
When your hips meet those of your partner the focus of your ki should be on entering your partner’s hips diagonally and passing through his one point to exit on the opposite side (fig. 3.8). In order to see this more clearly, observe the shape of the pelvic cage. Seen from above it is an incomplete circle (fig. 3.9).
William Gleason

William Gleason has studied aikido and Japanese medicine and philosophy since 1969, including 10 years of study in Japan. The director of Shobu Aikido in Boston and a 6th dan instructor, he is the author of Aikido and Words of Power and The Spiritual Foundations of Aikido, and translator of Mitsugi Saotome’s Principles of Aikido.

“This is one of those rare works that probes the spiritual dimensions of Aikido as conceived by founder Morihei Ueshiba O-sensei. The practice of the art today largely centers on technique, but Gleason sensei’s research and eloquence shed light on a difficult subject for Western readers, given the cultural and spiritual milieu in which Aikido evolved. For those seeking to go beyond mere physical training and who view the art as a lifelong discipline for personal growth, this insightful book will prove an indispensable guide.”

“This book is a great gift to the Aikido community. Gleason sensei takes us deep into the spiritual and energetic principles that underlay this marvelous art.”

“William Gleason brings awareness to the spiritual practices at the foundation of Aikido. By delving in to the essence of kototama theory, this book becomes a must for every Aikido practitioner or any person looking to connect to his or her own true nature.”

– Bronwen and Frans Stiene, authors of The Japanese Art of Reiki and The Reiki Sourcebook

". . . a breath of fresh air for a discipline that largely receives martial arts attention. . . . recommended for sports and spirituality patrons alike."

By William Gleason
LIST PRICE $19.95
PRICE MAY VARY BY RETAILER