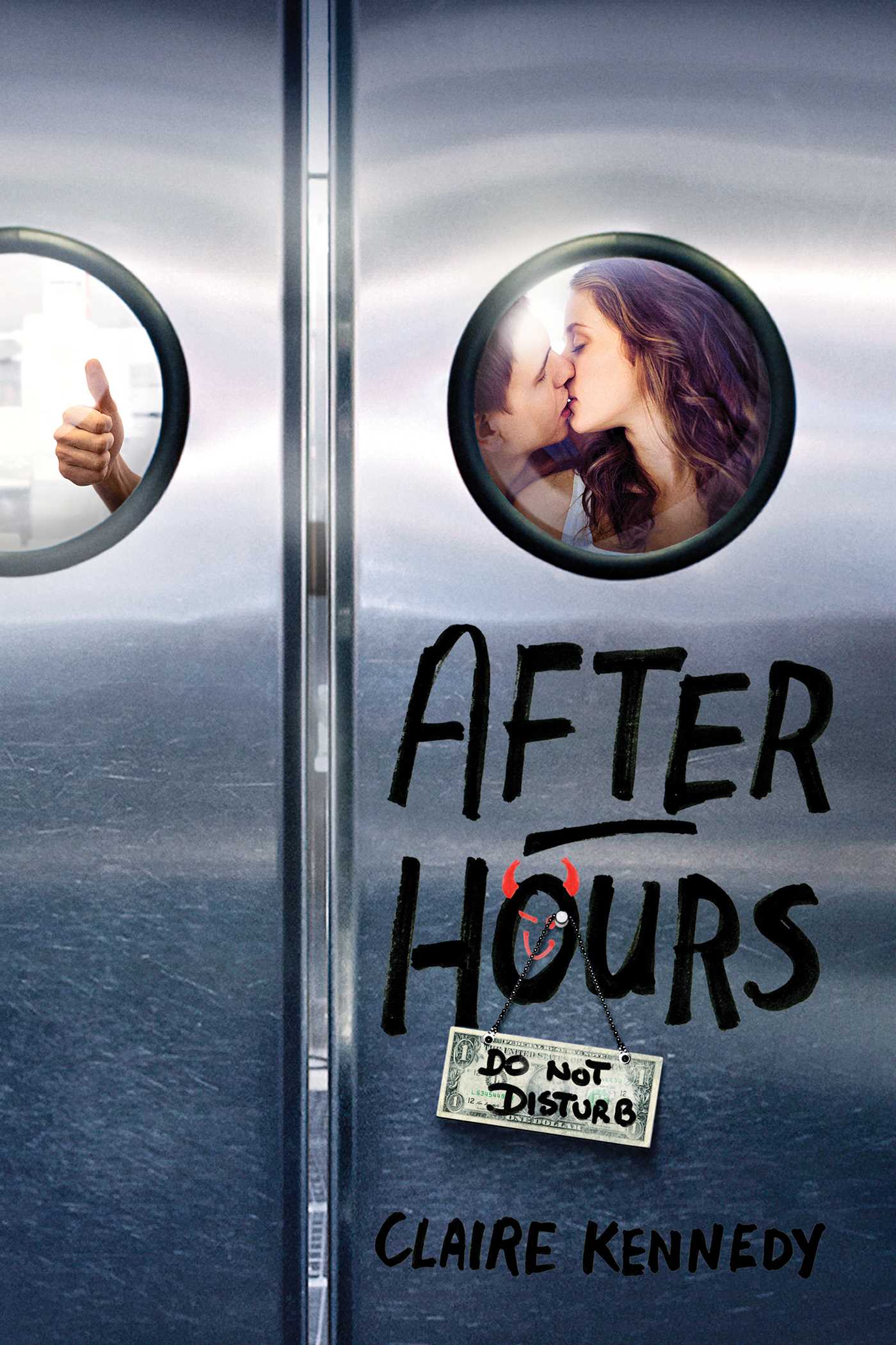 By Claire Kennedy
LIST PRICE $10.99
PRICE MAY VARY BY RETAILER

Scandals and hook-ups abound in a summertime restaurant drama where four teens are all willing to do whatever it takes to make it through the workday…and hopefully to win the money in the after-hours dare-based game of Tips.

Isa, Xavi, Peter, and Finn know that a job at the high-end Waterside Café isn’t just about waiting tables. It’s about the gossip, the hook-ups, the after-hours parties, and, most of all, it’s about Tips.

Tips—the high-stakes game based on dares. Whoever completes the most dares wins the collected money. A sum that could change a wasted summer into a Summer to Remember.

Isa is the new girl with an embarrassing secret, and as long as she stays on top of her game, she sees no reason why anyone could ever find out.

Xavi will do anything for the money…absolutely anything.

Peter, Xavi’s stepbrother, has been in love with her for years, and he thinks the game is the perfect time to confess his feelings.

Finn is in the game just for the thrill. He has enough tips coming in to keep him happy…even if those tips come with some conditions.

From seduction to stealing to threats, the dares are a complete free-for-all, and only the best can win.

“It’s the rules,” Finn says. “New kids have to wait on the Witch at table twelve.” He grins at me, and his eyes go all crinkly. He probably thinks he’s adorable, all muscles and short blond hair, but he doesn’t work on me. I know his kind. He’s being weird and condescending to get me to like him. He’s trying to rattle me.

“No problem, Finny,” I say, sugary sweet. It’s my third lunch shift, after all. I’ve got this. I waltz out into the restaurant with my pen whipped out and a perfect, professional smile plastered all over my face. For breakfast, lunch, and early dinners, people come to Waterside Café for excellent service and divine food made by a world-­renowned chef who was recently featured in Food Weekly. But after five p.m., people come to Waterside Café for the food, the service, and, most importantly, to order too many cocktails.

As for the Witch at table twelve—I heard about her five days ago, when I started. She’s infamous, and apparently a megafreak. She hits on the male waiters and is unfailingly cruel to the girls. I heard she told Xavi, this busgirl who always gets the late shift, that her wig looked like burnt ­plastic. Except Xavi doesn’t wear a wig.

I take a slow, deep breath, pull my pad of paper out of my cummerbund, and—holy shit.

I recognize the woman—the Witch at table twelve.

I don’t just recognize her. I know her.

I have to go back to the kitchen. I have to tell Finn that, I don’t know, she tried to scratch me with her ugly press-on nails or mace me with her bottle of overly floral perfume.

But she sees me. And she waves me over with two flicks of her gold-bangled wrist.

Maybe she won’t recognize me. Usually when I’m around her I look . . . different.

“Can I help you?” I ask, trying to sound bright and cheerful.

“Uh,” she says, “can you?” She pulls down her bright red glasses and peers at me.

Great. She’s going to be one of those. Still, she doesn’t recognize me. I don’t think. I’d rather be anonymous waiter girl than—myself. Or whoever she thinks I am.

“Have you had a chance to look at the menu?” I say. I will not be daunted. She loves me, after all. Well, usually.

She looks at me closely. Does she recognize me without all the makeup? I hope not. Otherwise, being the newest waitress at Waterside is going to be a lot less fun.

“Honey.” Her voice drips with condescension. “Honey. I’m what those in the restaurant world call a regular. I know this menu better than you. I’ll take a cheese plate. I want extra rice crackers, two thin slices of tomato, and three slices of cucumber. I want the Niçoise salad, but tell that fool cook of yours I’ll strangle him if he tries to put salmon on it again. I need a new water with four ice cubes. This one,” she points at her glass, which already has garish lipstick marks all over the rim, “has seven.” She drums her fingers on the white tablecloth.

I make a few cursory marks on my notepad. “Anything else?”

I resist the urge to make a snarky remark. I turn away, but as I do, I hear her:

I stop, but I don’t turn around. She knows. I know that she knows.

I turn back to her. Damn it. I look left and right. None of the other waitstaff are around, and Rico, who owns the place, has disappeared from his post at the bar.

Her whole face lights up like a glow worm. “Oh, Isabel! You look so different without your makeup! So fresh! What are you doing here, darling? Don’t you make enough money winning pageants?”

And there it is. My deep, dark secret.

I, Isa Sanchez, could have starred on Toddlers & Tiaras. I have been in rhinestones since before I got out of diapers.

And I hate every freaking second of it.

Still, a girl has to have money. Especially me.

“College will be expensive, Mrs. Roland.”

She winks at me, and her false eyelashes shift. “Sure,” she says. “College.”

I give her my best pageant smile, but we both know I’m not saving for college. When I don’t win cash for parading across a stage in a bikini, I at least get a nice untouchable scholarship put away for me. I’ve got enough for four years at any college. God knows I’d prefer cash with the way I live now—if you call living in a double-wide with my great-aunt “living.”

“How are your parents?” she asks. “Doing well out on the road?”

“Brilliantly,” I answer, with my smile fixed in place. It’s a complete lie, but it’s one I’m used to telling. It’s gotten easier with time.

“Mmm,” she says, and takes a sip from her water and grimaces.

Why do I feel like I’m naked in the interview portion of a pageant right now? “May I get anything else for you, Mrs. Roland?”

She flaps her wrists around. “Candles,” she says. “I need atmosphere, darling, and this place simply doesn’t have enough for me.”

Claire Kennedy lives and works in Nashville, Tennessee, where she is hard at work on her next novel.

"Featuring short, punchy chapters, engagingly flawed characters, and a plot that churns ever forward, this frothy confection may not nourish, but it will certainly delight."

By Claire Kennedy
LIST PRICE $10.99
PRICE MAY VARY BY RETAILER