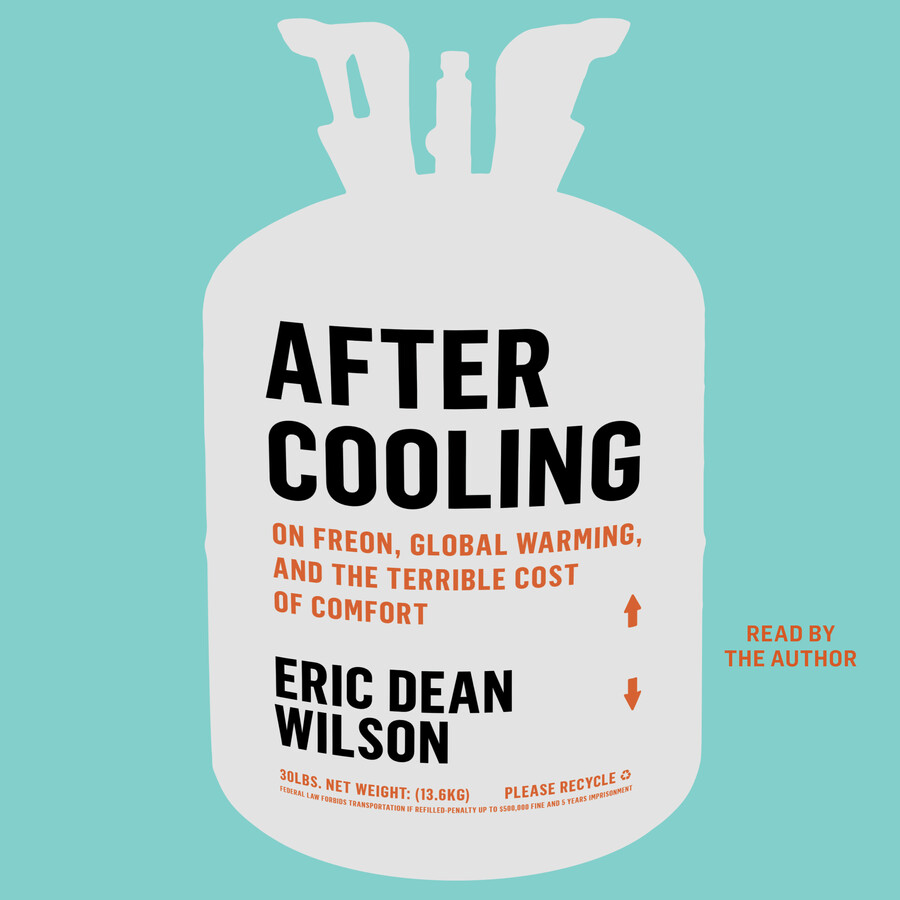 On Freon, Global Warming, and the Terrible Cost of Comfort

This dazzlingly original work of literary nonfiction interweaves the science and history of the powerful refrigerant (and dangerous greenhouse gas) Freon with a haunting meditation on how to live meaningfully and morally in a rapidly heating world.

The closest we’ve come to the destruction of all life on earth isn’t by nuclear holocaust. It’s not by bombing; it’s not by intention at all. It’s not by natural forces, either, not by plague, or famine, or earthquake, or volcano. No, the closest we’ve come to destruction is far more mundane. It’s when we wanted to feel a bit cooler on a hot day. It’s when we brought a sweater to the play in June, when we caught a movie in July, when we stopped by the supermarket in August to buy ice cream from a freezer only slightly colder than the air in the aisle. The thing that’s come closest to killing us is the chemical that first made these comforts possible.

Through our use of CFC refrigerants—also known by the brand name Freon—we unknowingly ripped a hole the size of the continental United States in the ozone layer of our atmosphere. We managed to end production of CFCs before the damage was irreversible, but a hole still appears over Antarctica every October, about as large, now, as it was when we first discovered it, an annual reminder of just how tenuous life is on this planet. It reminds us that what we put into the world has lasting effects on others, whether we know it or intend it or acknowledge it or not.

After Cooling is a work of lyrical nonfiction, weaving together history, climate science, road trip, and philosophy to tell the story of Freon’s birth, life, and afterlife, from its invention in the 1920s—when it was hailed as a miracle of scientific progress—to efforts in the 1980s to ban the chemical (and the resulting political backlash), to a present-day journey through the American heartland alongside a man who buys up old tanks of Freon stockpiled in attics and basements and destroys the chemical before it can do further harm.

Eric Dean Wilson is at heart an essayist, looking far and wide to tease out what particular forces—in human nature, in American culture—combined to lead us into the Freon crisis and then out. Because by offering a rare glimpse of environmental hope, the story of Freon suggests the vast and terrifying problem of global warming is not beyond our grasp to fix.

Eric Dean Wilson’s essays, poems, and criticism have been published in the Los Angeles Review of Books and Tin House, among other publications. A former Assistant Editor at Archipelago Books and graduate of The New School’s MFA program, Wilson is currently a Teaching Fellow in the Mellon Seminar on Public Engagement and Collaborative Research through the Center for Humanities at The Graduate Center, CUNY, through which he teaches climate-themed writing and environmental justice to undergraduates at Queens College. In addition to teaching, Wilson is also pursuing a PhD in the English Program at The Graduate Center, where his work focuses on American studies, environmental humanities, activist writing, and the Black radical tradition. Originally from Memphis, Tennessee, he now lives in Flatbush, Brooklyn.

On Freon, Global Warming, and the Terrible Cost of Comfort