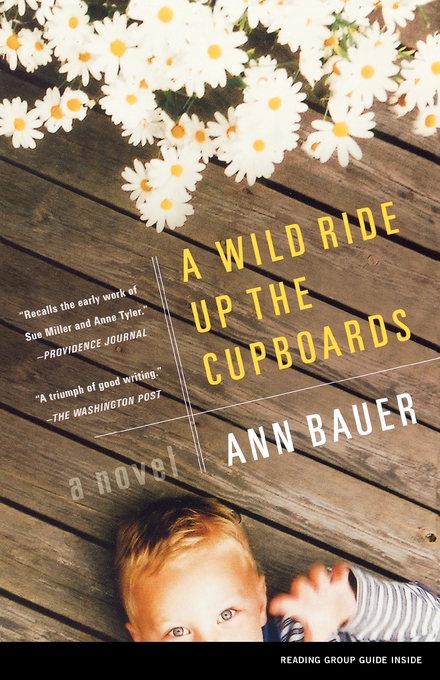 By Ann Bauer
LIST PRICE $18.99
PRICE MAY VARY BY RETAILER

Edward is nearly four years old when he begins his slow, painful withdrawal from the world. For those who love him -- his father, Jack; his pregnant mother, Rachel; his younger brother, Matt -- the transformation of this happy, intelligent firstborn into a sleepless, feral stranger is a devastating blow, one that will send shockwaves through every nook and cranny of family life.

A Wild Ride Up the Cupboards is the story of Edward's descent into autism, and Rachel and Jack's struggle to sustain their marriage under this unanticipated strain. Threaded through the novel, too, is the tale of Rachel's late uncle Mickey, who may have suffered from a similar disorder during a time when society's notions of parenting, pediatrics, and psychology were dramatically different from today's. As Rachel delves into her own family history in search of answers, flashbacks to Mickey's life afford moving insights into both the nature of childhood trauma and the coping mechanisms that families employ. Carefully crafted and deeply entertaining, A Wild Ride Up the Cupboards reveals the author's remarkable gift for language and offers a striking exploration of domestic life that will resonate with readers everywhere.

Wild Ride Up the Cupboards: Reading Group Guide
1) Bauer shows us two families, past and present, dealing with kids who don't fit the norm. Discuss how these two families cope, comparing their parenting styles and attitudes. How much is personality and how much is a reflection of the times? How are Mickey and Edward alike? different? What are the similarities and/or differences between Rachel and Jack's marriage and that of Mary and Ted? How were attitudes toward disabilities different in the 1940s, 50s, 60s?
2) What benefit does the reader get from reading the Mickey and Edward stories side by side? Does the reading of one influence your interpretation of or reaction to the other? Edward's story is told in the first person, through Rachel's perspective. Mickey's story is told in the third person, through Mickey's perspective. Why do you think the author decided to narrate the different stories in this way? Does it influence the way that you read them?
3) How much of a role do you think religion played in the strengths or weaknesses of the Donnelly family? In what ways?
4) What does Rachel learn about her son through her exploration of her family's history? Do you think it is helpful to her? Does she learn anything about herself?
5) What kind of mother is Rachel? Is she trying to "change" Edward, or "help" him? Is there a difference? Does intervening to the degree she does mean that she loves him less or more? How is Jack as a father?
6) Rachel thinks of the "real" Edward as the little boy she got to know as a baby-the one who made eye contact and smiled at his parents-not the older child she sees now who is so withdrawn from the world. Which do you think is the "real" Edward, or is there even such a thing? Do you think Edward is happier when he is out and engaged in the world, or when he is inside himself?
7) Discuss the parenting decisions Rachel and Jack make regarding Edward's health, schooling and the funeral. Do they go too far? Who is to say what is "too far" in such a situation? Should it be up to the family, or the state? Do you think Edward is better off in mainstream classes or in a private environment? How did you feel about his outburst at the funeral and Rachel and Jack's choice?
8) What do you think of the special school that Edward eventually attends? Even though Rachel and Jack make little money, they don't qualify for financial aid at this school. Is it right that a school like this would cater mostly to inner city and low-income families?
9) Do you think the state is right to accuse Jack of child abuse? Is he a danger to his children? Discuss the turn of events when Jack and Rachel meet with the child welfare agent. How did you feel for Jack, for Rachel? What options did they have?
10) Jack's response to the state's accusations is to escape the situation and leave his family, whereas Rachel wants to negotiate with the police. Why are their responses to the situation so different? And what do you think of the way Rachel ultimately handles Jack's decision to go? What was the conversation between Jack and Rachel's father?
11) In the course of the novel we watch Rachel and Jack's relationship evolve and crumble. Would they have been happy in their marriage if Edward didn't have problems? How has Edward changed each of them over the years, for better and for worse? Is their marriage really over?
12) We see the intensely close relationship between Edward and his younger brother, Matthew. As Matthew gets older, what are some of the ways he helps Edward, both at home and at school? Do you think Edward also helps Matthew? Do you think Matthew suffers for having Edward as an older brother? Are there ways that he benefits?
13) What role does James play in the novel and why do you think the author made his character a gay man in the 1950's? What challenges does he share with Mickey and Edward?
14) Mary manages to sustain her marriage, though she loses both of her sons. Do you feel Rachel ultimately lets go of Jack in order to hold onto her kids? Which one is right? Who should come first for a woman-her husband or her child?
15) Discuss the relationship between Rachel and Mariel. What is their friendship based on? Will they continue a relationship in the future?
16) During the course of their marriage, Rachel asks Jack to do things that are very difficult for him. How does he respond? What does he ask of Rachel? Has one taken more responsibility than the other? Who pays the price?
17) What do you think Edward's condition really is?
Enhance Your Discussion
Discuss children with learning or other disabilities attending mainstream schools. Do you think the schools in your area should mix kids with learning disabilities into mainstream classes? Why or why not? Are there ways that the mainstream students can learn or benefit from the presence of their disabled peers, or is it too much of a strain on the teacher?
Visit www.annbauer.com for more information on the author and the book. 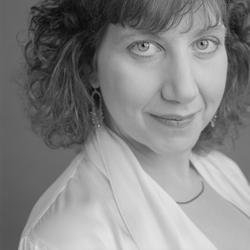 Ann Bauer is an essayist, journalist, and fiction writer whose work has appeared in The Atlantic Monthly and Salon.com, among other publications. Currently a visiting professor at Macalester College, she lives with her three children in Minneapolis. Please visit her website, www.annbauer.com.

"Bauer expertly maps the ferocity and anguish of a parent's love for a child . . . [in a] spell of exceptional storytelling." -- Entertainment Weekly

"This is a phenomenal first novel, a story of mother love . . . told with delicacy and humor." -- Garrison Keillor

By Ann Bauer
LIST PRICE $18.99
PRICE MAY VARY BY RETAILER